A new rumor claims that Marvel Studios is planning to use CGI to give Chadwick Boseman’s King T’Challa character closure in the Black Panther sequel. 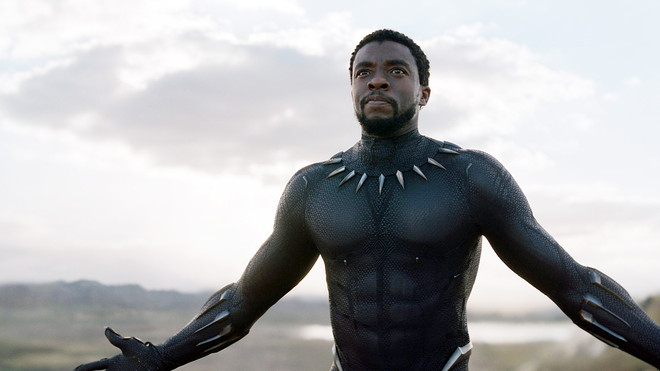 Boseman tragically passed away at the end of August after a lengthy battle with colon cancer that involved “countless surgeries and chemotherapy.”

A statement announcing the actors death made it clear that “it was the honor of his career to bring King T’Challa to life in Black Panther.” 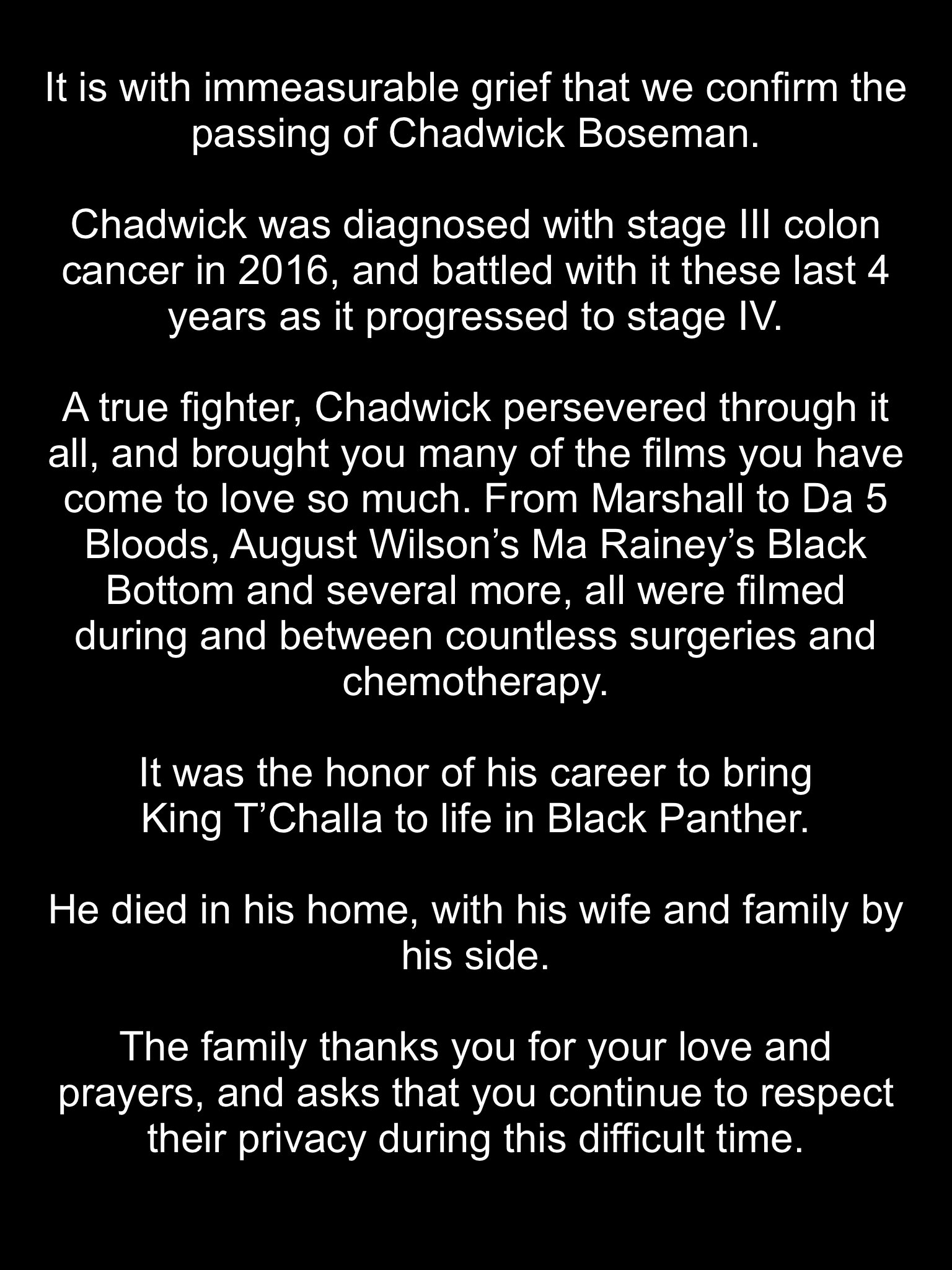 In order to honor Boseman and his character, scooper Daniel Richtman claims Marvel Studios is planning to CGI him into the sequel.

As reported by Inside The Magic, Richtman detailed, “I hear that Marvel might go the Carrie Fisher route by having a CGI double cameo to give Chadwick’s character closure.” 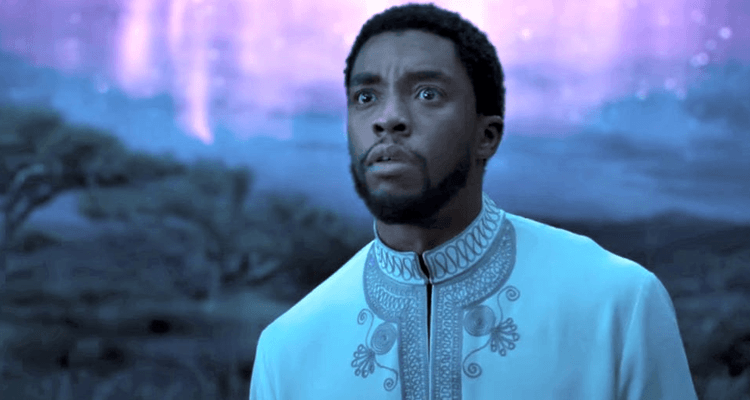 Lucasfilm originally denied that they would CGI Carrie Fisher in The Rise of Skywalker after her passing in December 2016. The studio issued a statement in 2017, “We don’t normally respond to fan or press speculation, but there is a rumor circulating that we would like to address. We want to assure our fans that Lucasfilm has no plans to digitally recreate Carrie Fisher’s performance as Princess or General Leia Organa.”

They added, “Carrie Fisher was, is, and always will be a part of the Lucasfilm family. She was our princess, our general, and more importantly, our friend. We are still hurting from her loss. We cherish her memory and legacy as Princess Leia, and will always strive to honor everything she gave to Star Wars.”

However, the studio did use unused footage that Fisher filmed during The Force Awakens. Not only did they use previous film footage, but they also used Fisher’s daughter Billie Lourd to play her, and added Fisher’s face over Lourd’s during the scene showing a young Leia being trained by Luke Skywalker.

Director J.J. Abrams stated, “Finding a truly satisfying conclusion to the Skywalker saga without her eluded us. We were never going to recast or use a CG character. With the support and blessing from her daughter, Billie [Lourd], we have found a way to honor Carrie’s legacy and role as Leia in Episode IX by using unseen footage we shot together in Episode VII.”

ILM Visual Effects supervisor Patrick Tubach explained to Yahoo! Entertainment, “Billie was playing her mother. It was a poignant thing, and something that nobody took lightly — that she was willing to stand in for her mom.”

Tubach added, “It was an emotional thing for everybody to see her in that position. It felt great for us, too. If you’re going to have someone play [Fisher’s] part, it’s great that it’s [Billie] because there are a lot of similarities between them that we were able to draw from. The real challenge was just making the Leia footage we had to work with fit in that scene.”

As for the Black Panther sequel, not much is known. Director Ryan Coogler did detail that he had “spent the last year preparing, imagining and writing words for [Chadwick Boseman] to say, that we weren’t destined to see. It leaves me broken knowing that I won’t be able to watch another close-up of him in the monitor again or walk up to him and ask for another take.”

What do you make of this latest rumor? Would you be interested in seeing one of Boseman’s family members doubling as the actor to give Black Panther closure?