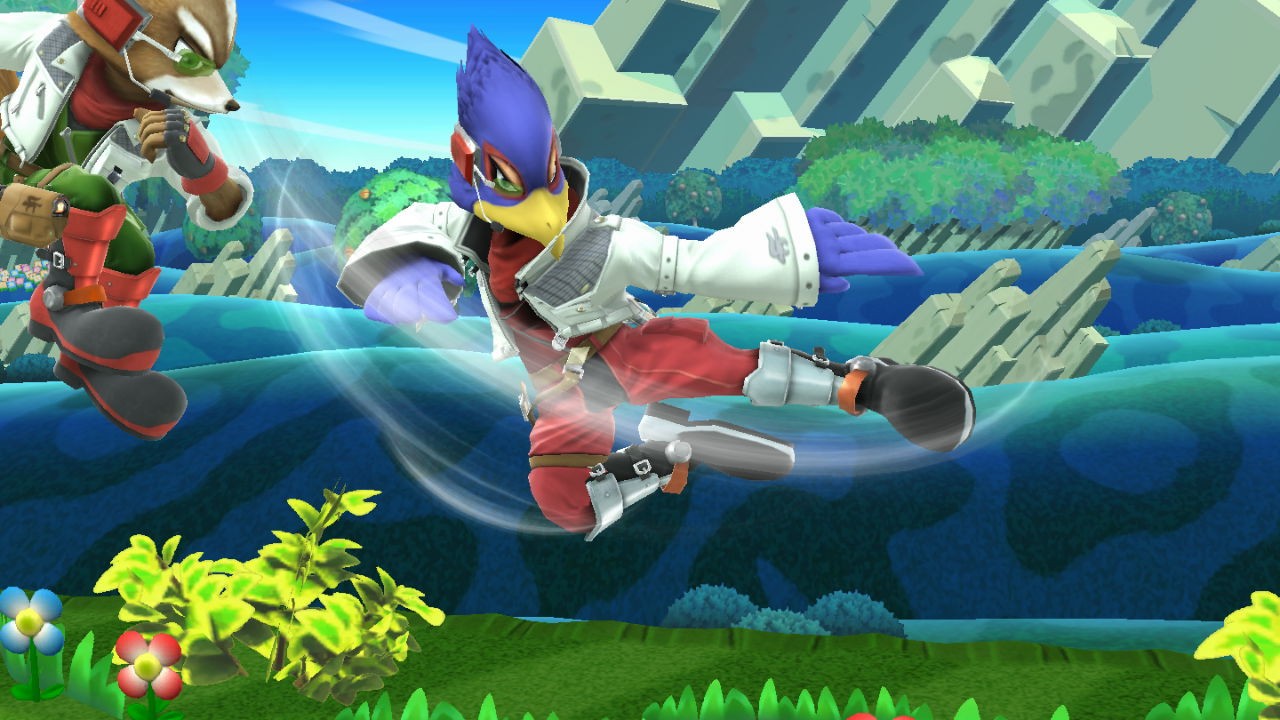 The accusations were first leveled against Abtin on October 28th, when an individual named Carter Sterling took to his Twitter account to publicly assert that Abtin, “a competitive Smash Bros and Pokemon Showdown player as well as an ex-mutual of mine, sent dick pics to my friend 2 years ago when she was 14 and they were a grown adult.”

In support of his accusation, Sterling provided a screenshot of a conversation between himself and the victim and two censored images of male genitalia supposedly sent by Abtin. 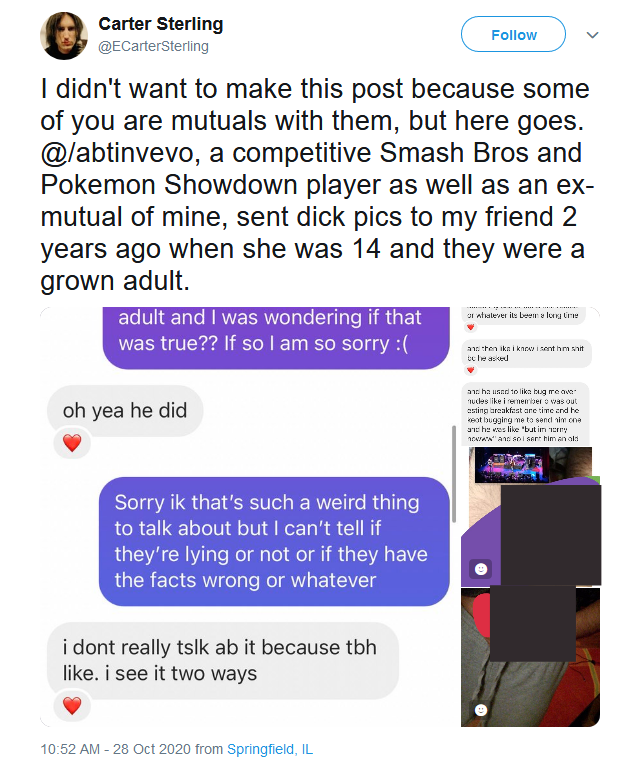 Following Sterling’s bombshell accusation, Abtin responded to Sterling’s accusations in order “to address this considering literally so much is wrong with this.” 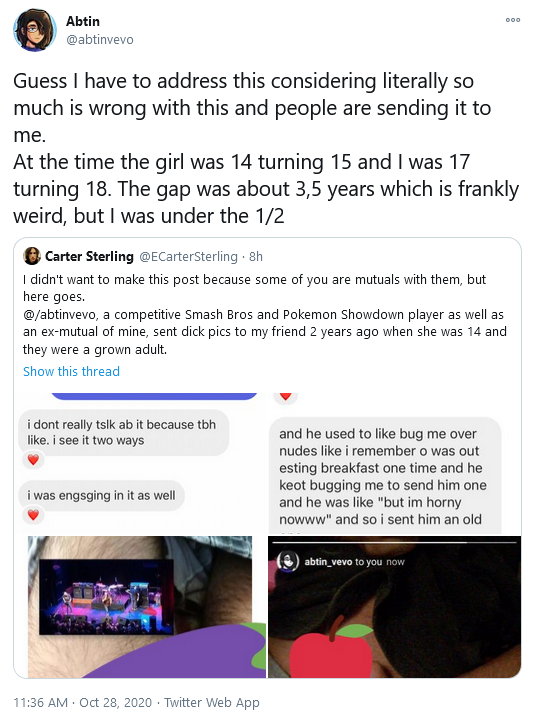 Abtin then claimed to have been “under the impression she was older at the time” and that “when she revealed she wasn’t,” he attempted to “pull back”.

“Months after she kept dming me and I kept rejecting it but it literally would not stop,” Abtin said. 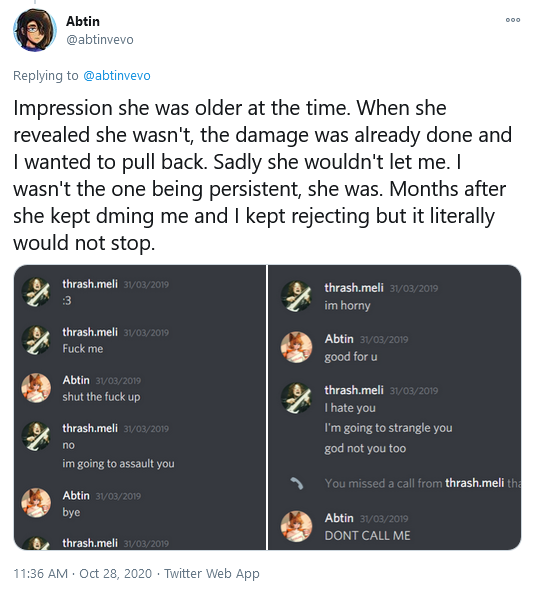 The pro Smash player then justified his actions by stating that “there was always the threat of her leaking all of this which scared me.”

“Am I stupid for letting myself get manipulated by a 15 year old?” asked Abtin. “Yeah probably. Is it as bad as they make it seem? No.”

He also added, “Plus these pictures are the ones my EX leaked a while ago, make of that what you will.”

A short time after his initial response, Abtin returned to his Twitter to announce that “all I can probably do is leave at this point.”

“Not knowing someone’s age isn’t an excuse for what I did,” admitted Abtin. “And although I’d never make that mistake again, it’s probably enough of a reason to not wanna talk to me anymore.” 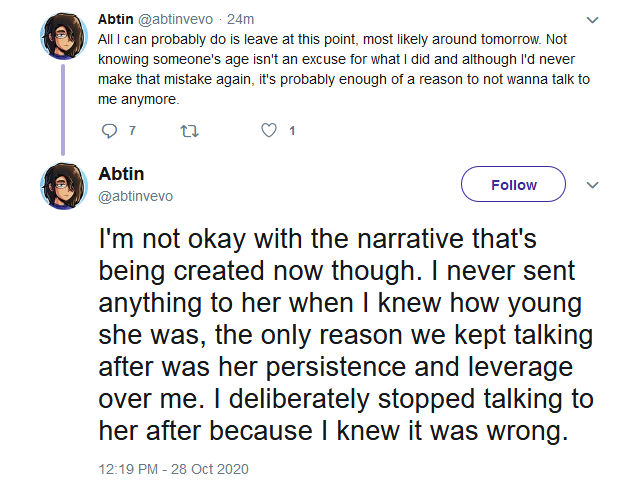 However, Abtin would fight back against what he saw as “a narrative that’s being created now” and provided several reasons as to why he was more innocent than the public believed.

He would claim that “I never sent anything to her when I knew how young she was, the only reason we kept talking after was her persistence and leverage over me” and that “I deliberately stopped talking to her after because I knew it was wrong.” 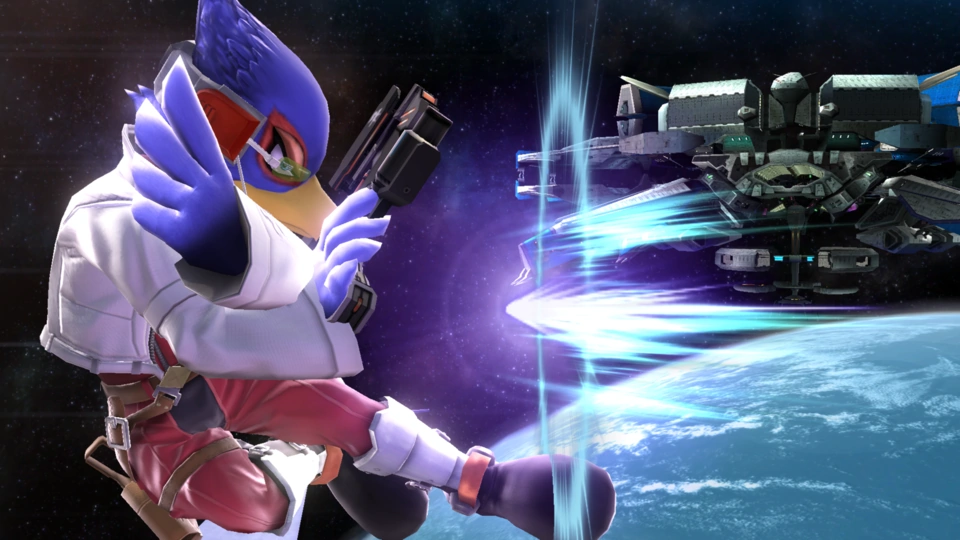 These justifications would not sit right with Sterling, who countered Abtin’s framing with two further pieces of information.

According to Sterling, “The victim did not lie about her age” and “Abtin was 18 when he sent nude pics to her.” 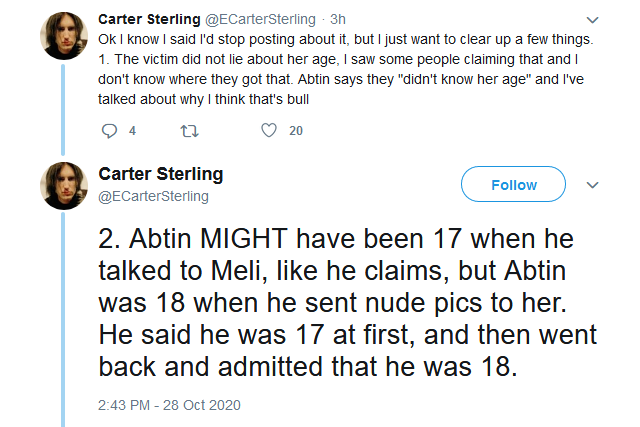 Ironically, in August, Abtin was among those who took issue with the design of the titular character from Uzaki-chan Wants to Hang Out!, as he believed the character design depicted a “little girl with giant tits.”

Addressing those who used a popular screenshot from the show depicting Uzaki stating that “you can hate whatever you want, but don’t diss what someone else likes” in defense of the show, Abtin asserted that “if you use this image as a defense I’m putting you through controversial shock therapy until you’re cured.” 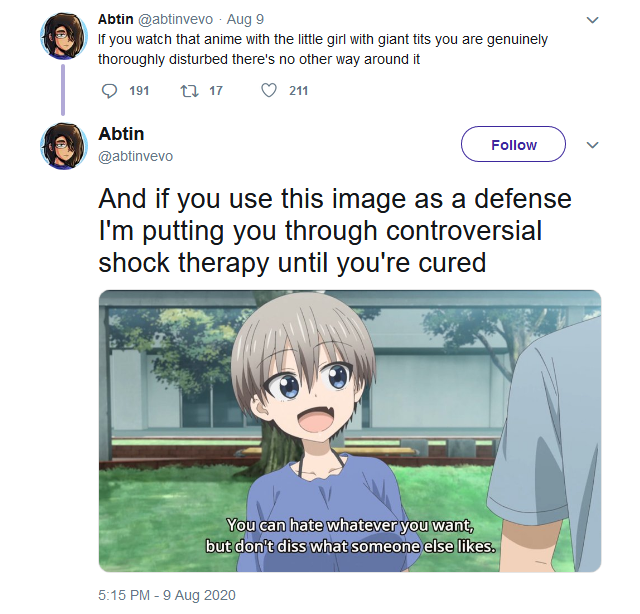 The accusations against Abtin are the latest in a series of sexual misconduct accusations leveled against various members of the Super Smash Bros community since early July, many of which involve inappropriate sexual interactions with underage members of the community.

As of writing, both Sterling and Abtin have gone silent on the subject on their respective social media accounts, though an account alleged to be Abtin’s private account has made vague posts that suggest suicide, to which Sterling assured the Smash player that “nobody wants you to die or anything.”