Dead by Daylight and The Sims Twitch streamer Bluejay recently took to Twitter to describe all supporters of President Donald Trump as “racist.” 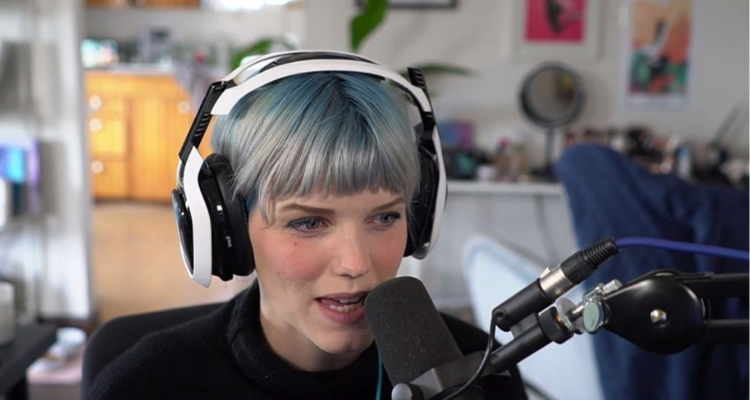 Bluejay wrote on Twitter, “Alright, I want to make sure I say this loud and clear. If you voted for Trump, you are a racist.”

“If you abstained from voting or voted third party, you are okay with racism, sexism, white supremacy, and more I can’t fit into this tweet<” she continued.

Bluejay then concluded, “You are not allowed in my spaces.” 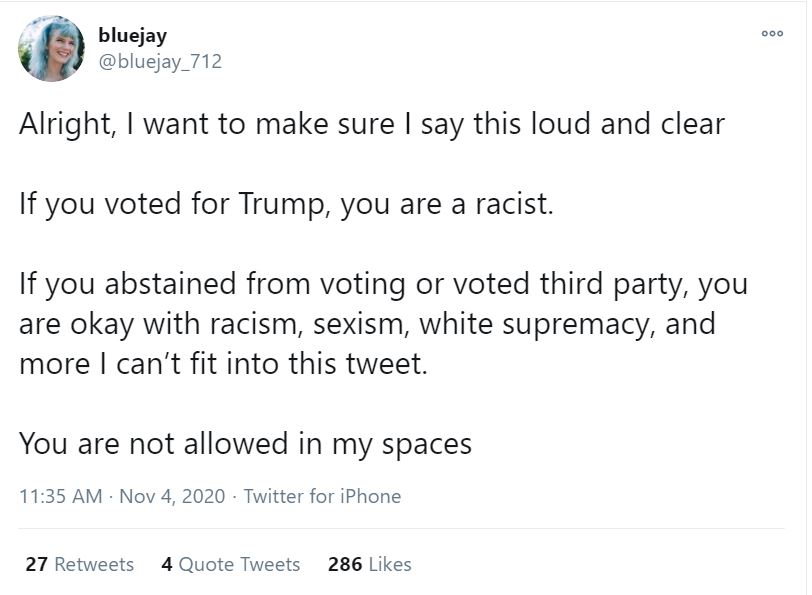 The Twitch streamer would then follow that up with another tweet quoting philosopher Karl Popper. Bluejay wrote, “If we extend unlimited tolerance even to those who are intolerant, if we are not prepared to defend a tolerant society against the onslaught of the intolerant, then the tolerant will be destroyed, and tolerance with them.” 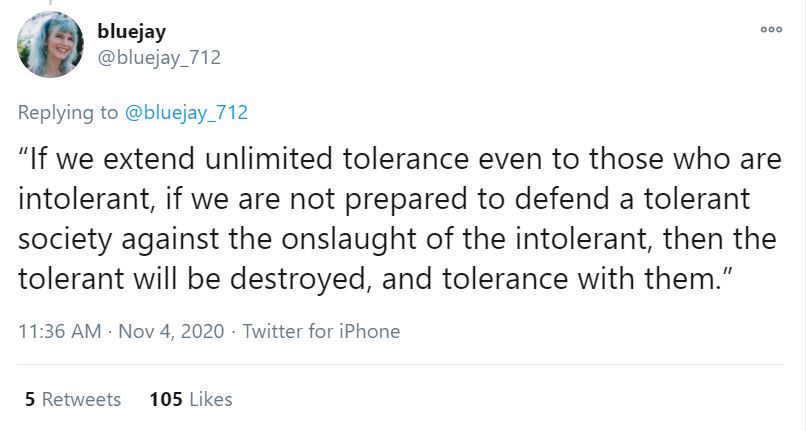 Interestingly, Bluejay doesn’t include the full context of the quote from Popper’s The Open Society and Its Enemies, which argues for intolerance only if a rational argument is not given.

In fact, Popper writes “suppression would certainly be most unwise.”

“Unlimited tolerance must lead to the disappearance of tolerance. If we extend unlimited tolerance even to those who are intolerant, if we are not prepared to defend a tolerant society against the onslaught of the intolerant, then the tolerant will be destroyed, and tolerance with them. In this formulation, I do not imply, for instance, that we should always suppress the utterance of intolerant philosophies; as long as we can counter them by rational argument and keep them in check by public opinion, suppression would certainly be most unwise. But we should claim the right to suppress them if necessary even by force; for it may easily turn out that they are not prepared to meet us on the level of rational argument, but begin by denouncing all argument; they may forbid their followers to listen to rational argument, because it is deceptive, and teach them to answer arguments by the use of their fists or pistols. We should therefore claim, in the name of tolerance, the right not to tolerate the intolerant. We should claim that any movement preaching intolerance places itself outside the law, and we should consider incitement to intolerance and persecution as criminal, in the same way as we should consider incitement to murder, or to kidnapping, or to the revival of the slave trade, as criminal.”

Nevertheless, Bluejay would respond to another user writing, “‘Why can’t we just love each other, people can have different opinions’ not on whether or not someone can live in peace and actual safety, Susan.” 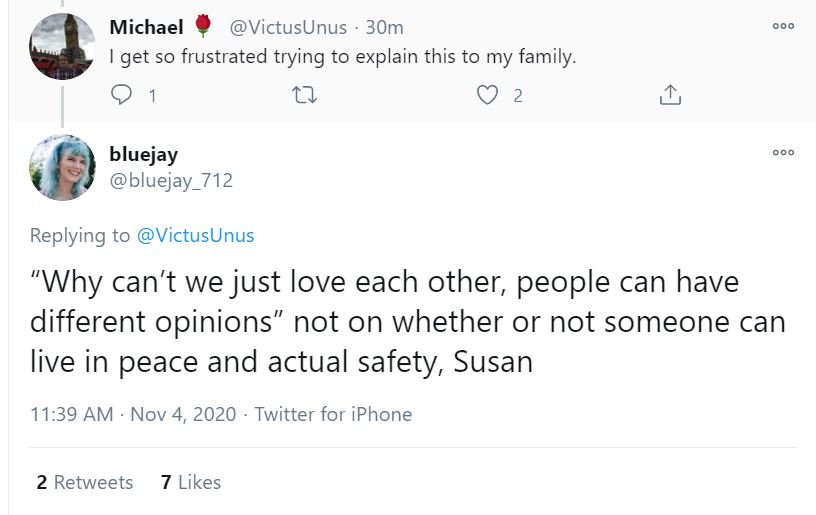 On November 2nd, the Dead by Daylight streamer referred to President Donald Trump as a “Nasty-Cheeto.”

She wrote, “This year instead of No Nut November I’m participating in ‘No Nasty-Cheeto-In-The-White-House November’ If you would also like to participate all you have to do is VOTE.” 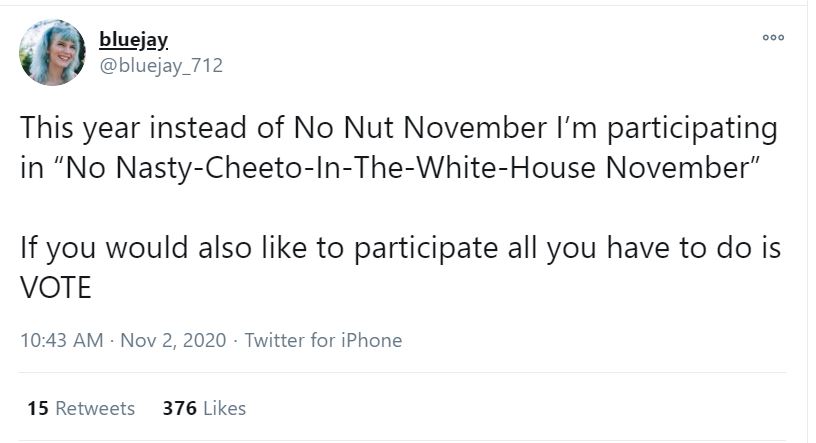 In a follow-up the streamer wrote, “Calling him a nut or insane are terms I don’t feel super comfy using, since they’re kinda shitty towards people with actual mental health issues and he’s not mentally unwell (or not just) he’s a racist sexist asshole.” 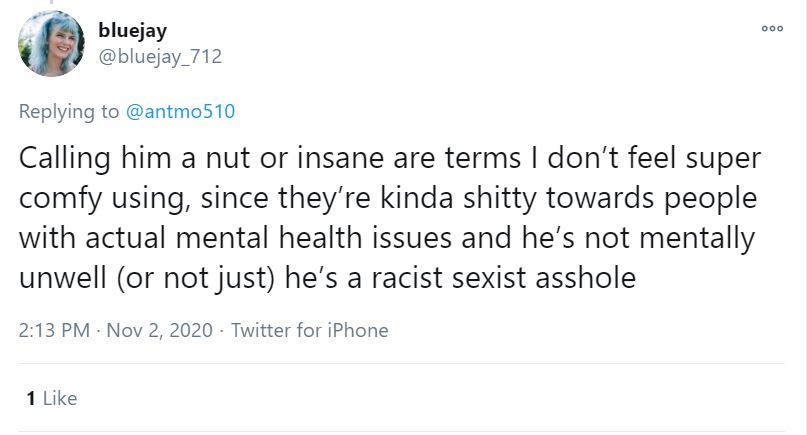 Interestingly, the streamer also described the government of the United States government, laws, and policies as “racist.”

She wrote, “The American political system fucking blows. If you hadn’t seen it before, certainly you’ve seen in the last few months how corrupt, manipulatible and racist our government/laws/policies are-“

“But we CANNOT take votes away from the only realistic alternative to current leadership,” Bluejay added. 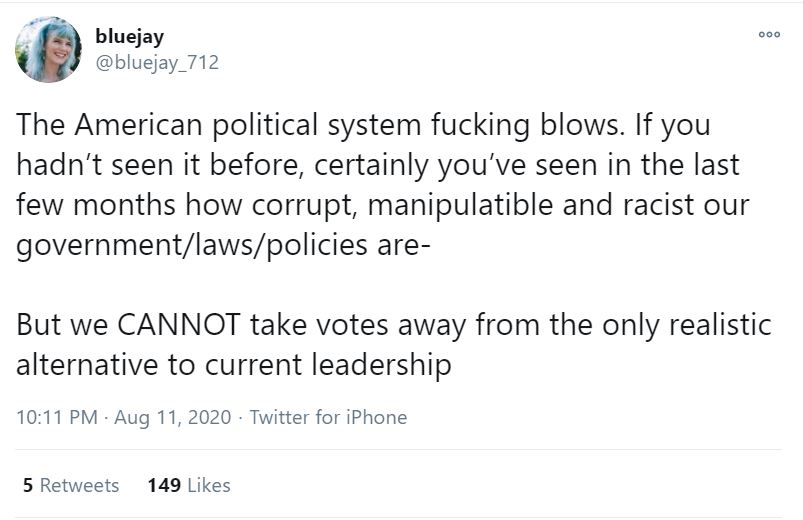 What do you make of Bluejay’s comments?