A picture is worth a thousand-questions, and thanks to a new screenshot purported to be from a Marvel document, new rumors have begun to swell that Hugh Jackman will appear in the Marvel Cinematic Universe in the role of Wolverine. 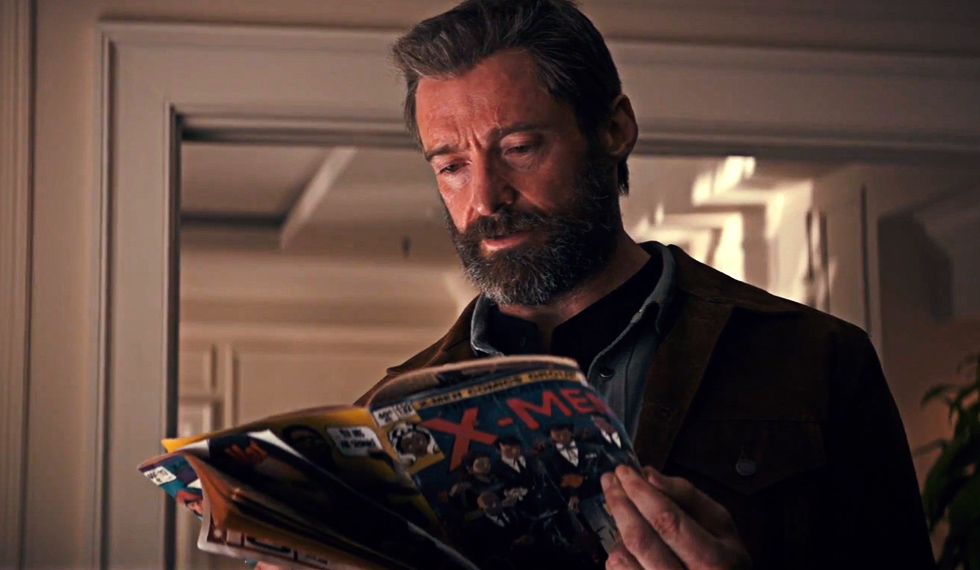 According to the screenshot, provided by scooper @DanielRPK and supposedly taken from a Marvel production sheet published on September 10th, there’s an “offer out to” Hugh Jackman.

Ritchman’s post, as well as the recent rumors surrounding a potential live-action ‘Spider-verse’ film starring past web slingers Tobey Maguire and Andrew Garfield due to the recent news that Jamie Foxx will be reprising his Amazing Spider-Man 2 role as Electro, have led some fans to speculate that Jackman’s potential return as the Canadian mutant was further evidence of Marvel’s rumored interest in exploring a multiverse in the next phase of their films.

This direction is further supported by YouTuber and recent Rooster Teeth hire Grace Randolph, who says that her sources have been reporting that Kevin Feige is looking to be the first out in theaters for a multiverse crossover, with Doctor Strange’s appearance in the upcoming third Marvel Cinematic Universe Spider-Man film serving as the catalyst for the studio’s turn towards the multiverse.

While a potential multiverse in which to play is said to only be the beginning of Feige’s wish list, it appears that Hugh Jackman may also occupy a spot on the list, and Ritchman’s screenshot looks to be the first tease by Marvel that they’re trying to make it happen. 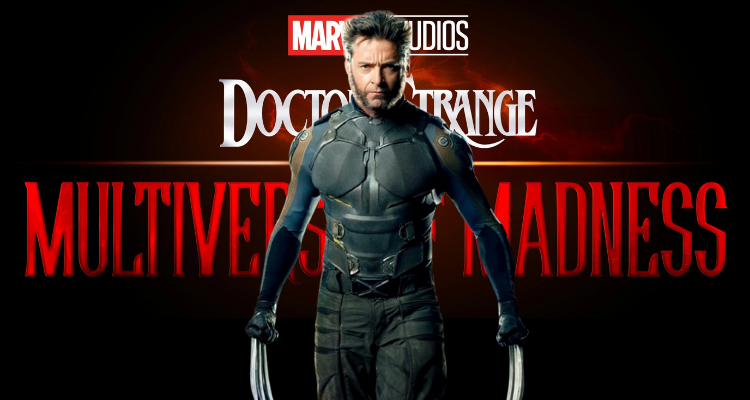 We’ve reported before that Hugh Jackman said farewell to the role of the Wolverine in the character’s titular final film Logan. Directed by James Mangold, the film served as a closure to numerous elements of the long-running X-Men film franchise, such as Wolverine and Professor Xavier.

The film also marked the end of Fox’s involvement with the Marvel franchise, as just after Logan’s release, the Mouse House put out an offer to buy up Fox’s entertainment properties and eventually acquired not only the X-Men, but the Fantastic Four, the Simpsons, Aliens, Avatar, and a number of other properties outside of news and sports as well, in a business move focused more on the intellectual properties involved rather than the actors who portrayed them in various roles over the years, Jackman included

Although no specifics have been given regarding the offer rumored to be out for Jackman, LRM Online speculates that his appearance will be more of a cameo rather than a prominent role in any future film, serving solely as a call-back for fans of the character, akin to his appearances in X-Men: First Class and X-Men: Apocalypse.

As for Jackman, the actor has himself expressed interest towards seeing the adamantium claw wielding hero in a film set within the MCU, telling Collider in 2017 that he “would love to see, particularly, Iron Man and the Hulk and Wolverine together,” though he also noted he believed “that unfortunately, the ship has sailed for me” and would be excited “for someone else, I would like to see Wolverine in there” 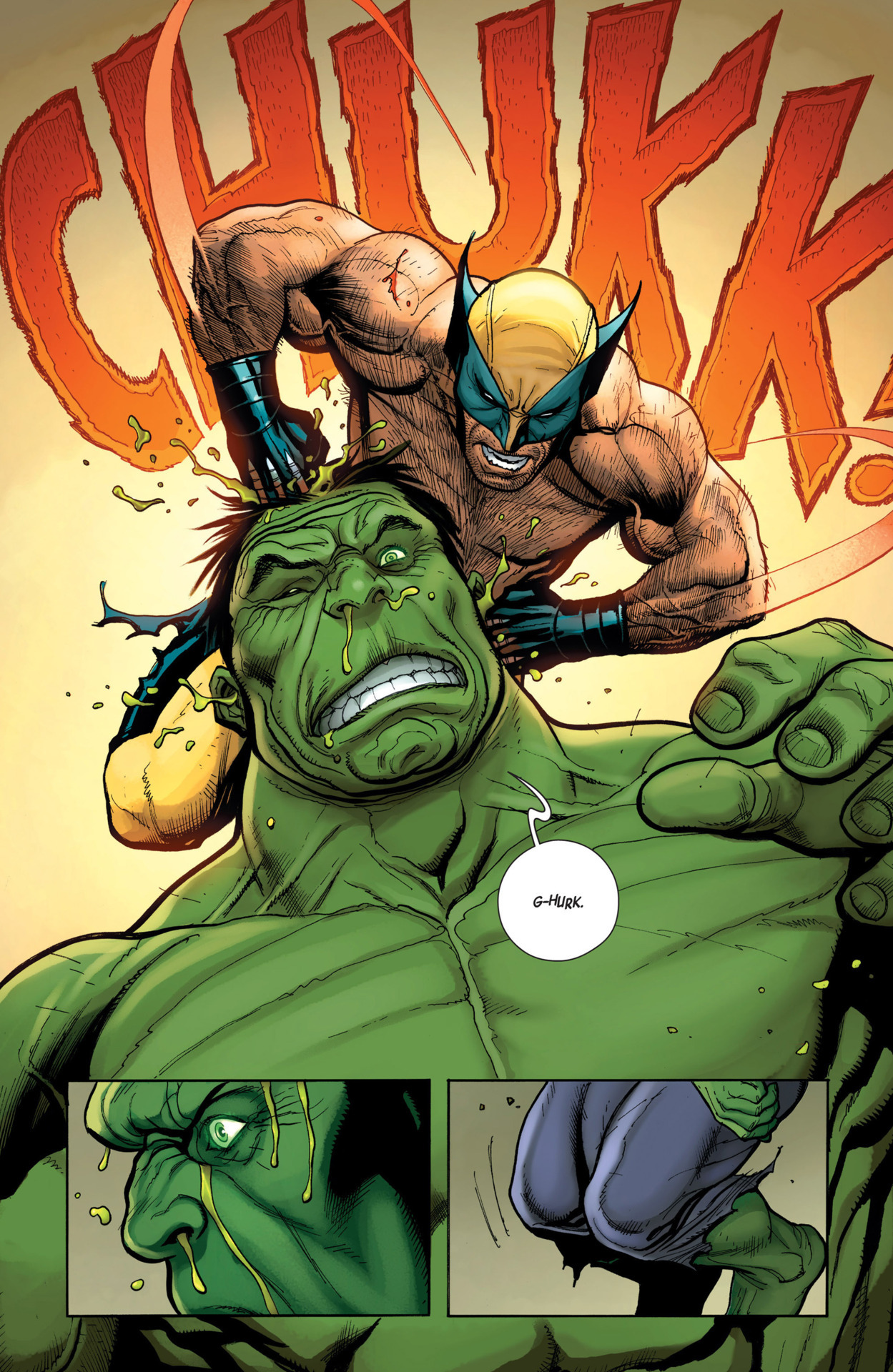 However, as time passes and the coronavirus pandemic keeps productions closed and restricted, it’s hard to imagine anything that ambitious is being pushed.

This is especially unlikely when other productions that were supposed to be finished at this point are still struggling to get back to work. Anthony Mackie recently talked about the difficulties filming the rest of the Falcon and Winter Soldier scenes in Prague, telling Entertainment Tonight that he was frustrated with many of the restrictions during the shoots.

Mackie stated, “It’s literally you’re living in quarantine. It’s not like the NBA bubble, where they had, like, a barber shop and friends to hang out with. No, if you get within six feet of somebody, there’s some little Czech dude coming, poking you with a stick and saying you have to move. So, it’s rough.” 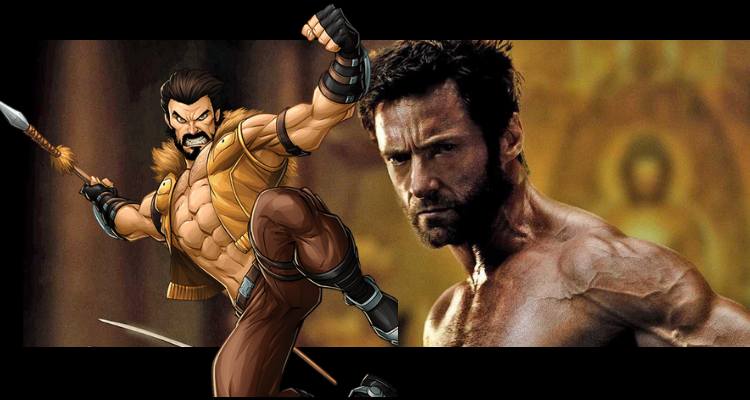 While MCU fans have long been interested in seeing Jackman reprise his role of Logan in some way within the MCU, there is growing speculation that the actor may not appear as Logan at all, with some fans speculating that Jackman could land the role of long-time Spider-Man villain, Kraven the Hunter. 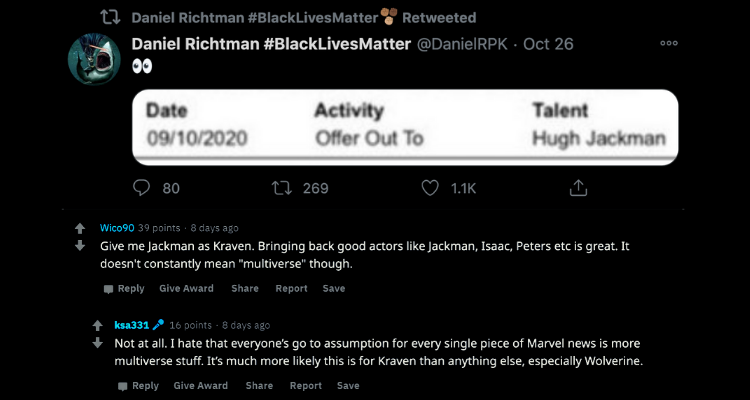 On the /r/MarvelStudiosSpoilers subreddit, in reply to a topic titled “Has Hugh Jackman been reached out to for another Marvel role?”, user /r/Wico90 wrote:

“Give me Jackman as Kraven. Bringing back good actors like Jackman, Isaac, Peters etc is great. It doesn’t constantly mean ‘multiverse’ though.”

In response, the thread’s original poster, r/ksa331, would state:

“Not at all. I hate that everyone’s go to assumption for every single piece of Marvel news is more multiverse stuff. It’s much more likely this for Kraven than anything else, especially Wolverine.” 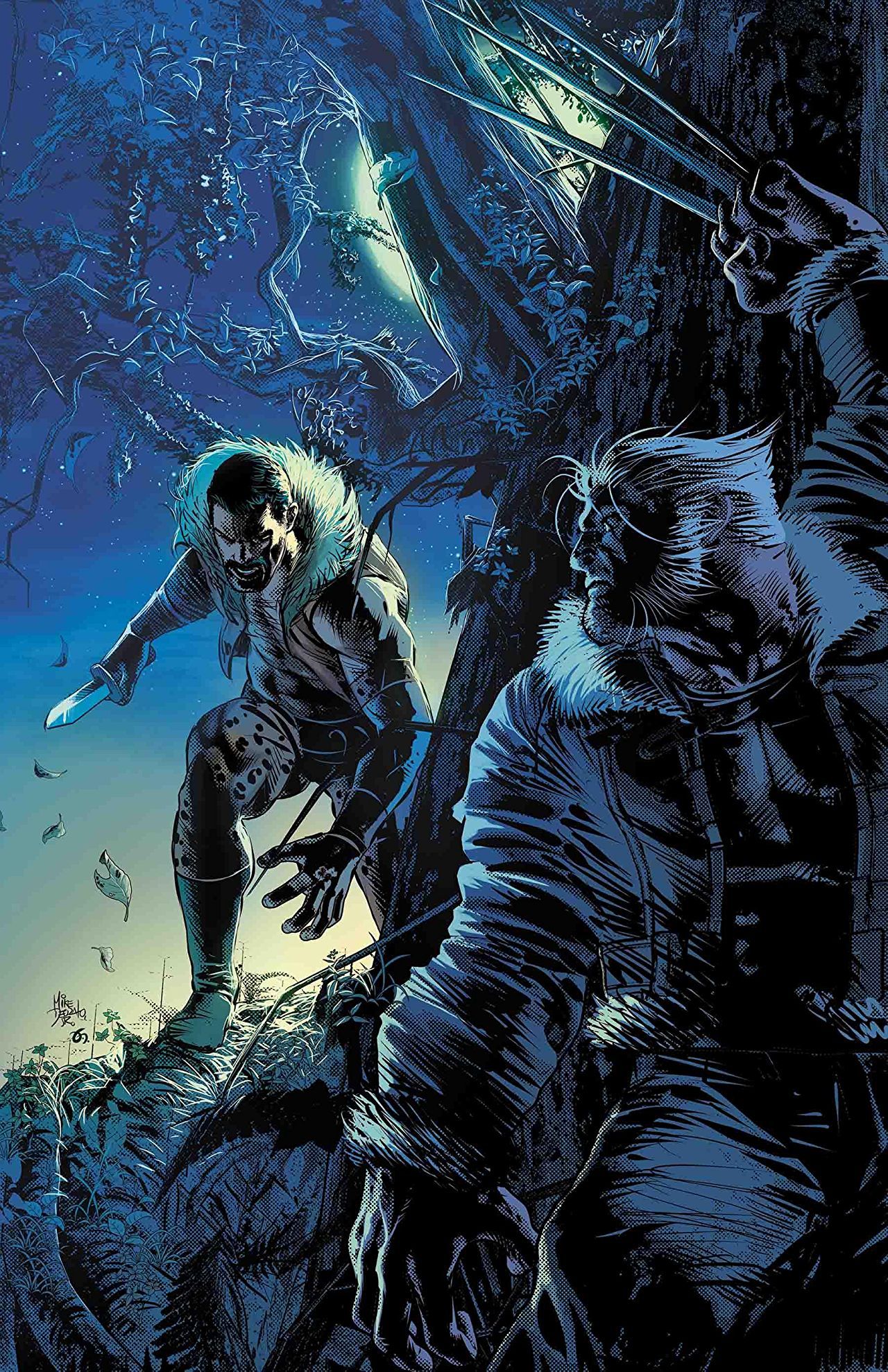 However, production for Spider-Man 3 has just begun, as shown by Atlanta Filming’s Instagram, and if Kraven were meant to be an integral villain in that film, it wouldn’t make sense that the offer for Jackman would be made this late into production.

At this point, Jackman’s return remains a rumor, albeit one that could be a big win for Marvel Studios if Jackman agrees to accept their alleged offer.

But what do you make of this offer? Sound off in the comments below or let’s talk about it on social media!