CBS announced a brand new diversity policy for their unscripted series declaring they will have a “target of 50% representation of Black, Indigenous and People of Color (BIPOC)” individuals.

CBS made the announcement via Twitter, where they wrote, “Today we announce a target of at least 50% representation of Black, Indigenous and People of Color (BIPOC) across all casts for future unscripted series.” 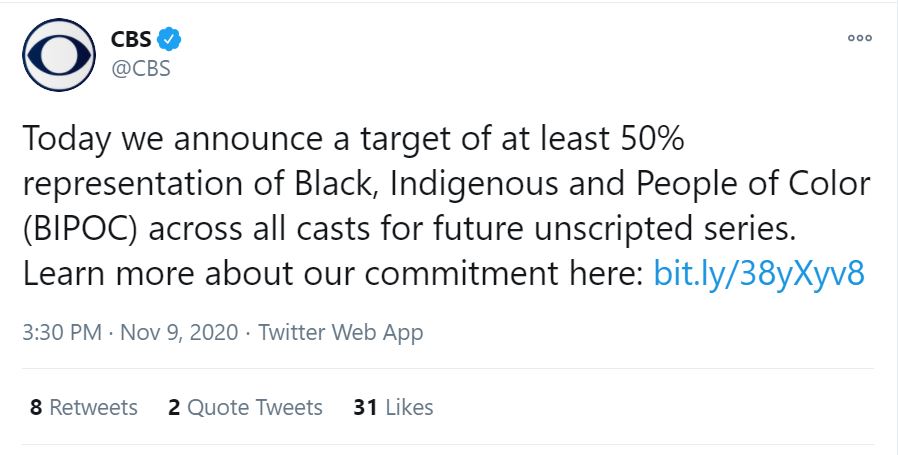 They then directed individuals to their website where they further elaborated that not only are they aiming for 50% representation, but that they will also commit a “minimum 25% of annual unscripted development budget to projects from creators/producers who are BIPOC.”

President and Chief Executive Officer for CBS Entertainment Group George Cheeks stated, “The reality TV genre is an area that’s especially underrepresented, and needs to be more inclusive across development, casting, production and all phases of storytelling.”

Cheeks added, “As we strive to improve all of these creative aspects, the commitments announced today are important first steps in sourcing new voices to create content and further expanding the diversity in our unscripted programming, as well as on our Network.” 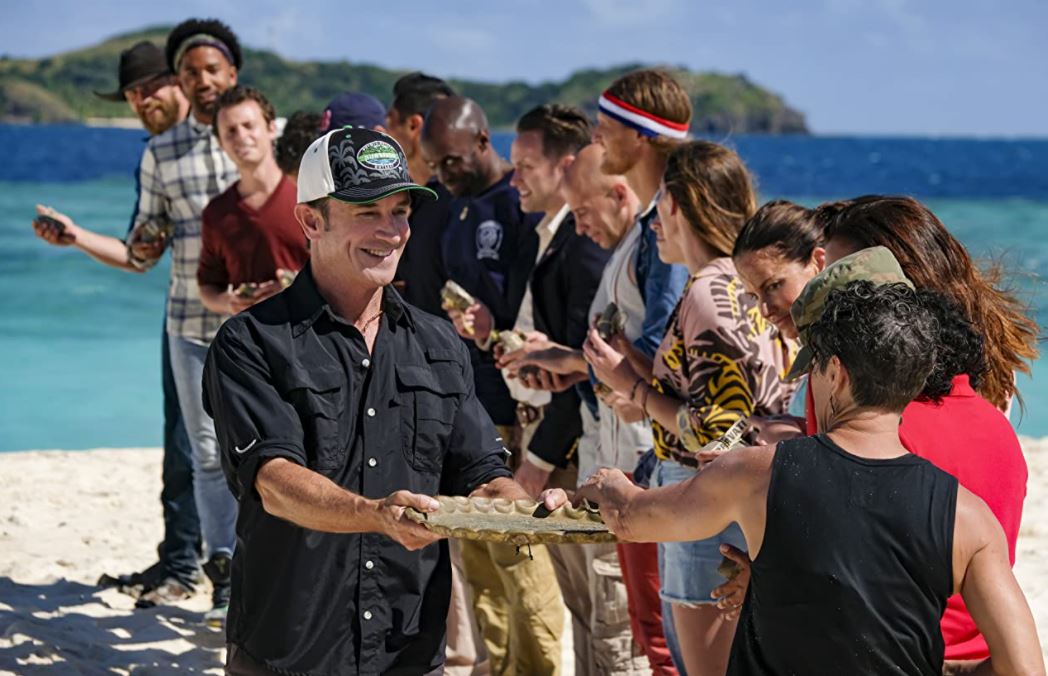 Back in December 2019, CBS also indicated that all of their reality shows, which include their unscripted shows “will provide sensitivity/bias and anti-harassment training for both cast and crew before the start of production.”

CBS previously announced back in July that they would allocate 25% of their budget of scripted programs for “projects created or co-created by Black, Indigenous and People of Color (BIPOC).”

They also set a goal for their “writers’ rooms to be staffed with a minimum of 40% BIPOC representation beginning with the 2021-2022 broadcast television season, and a goal to increase that number to 505% the following season (2022-2023).” 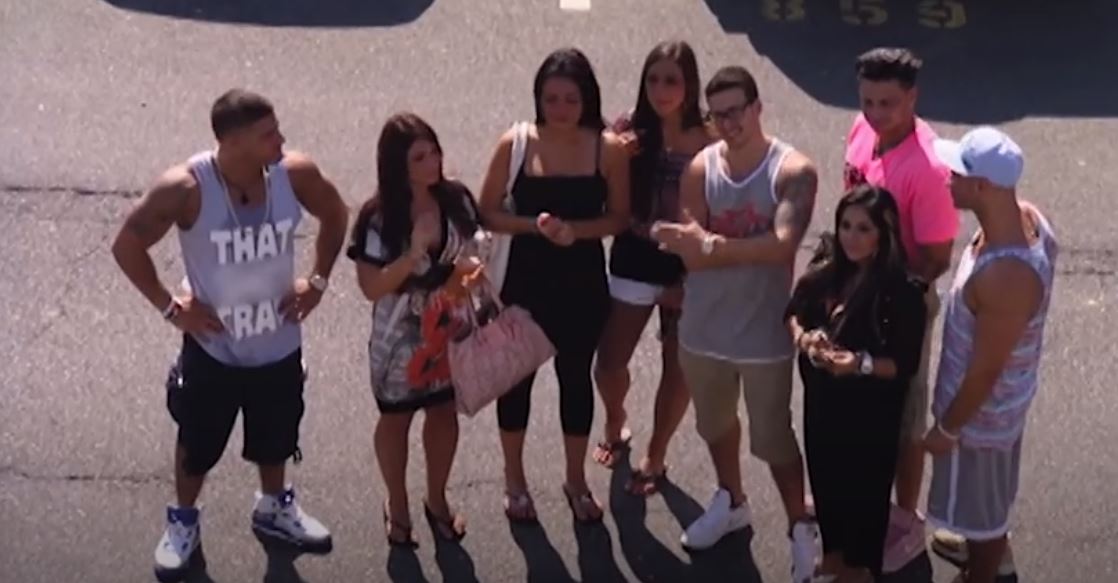 Not only did they announce affirmative action programs, but they also partnered with the NAACP for a multi-year partnership “to establish a production venture that develops and produces programming for the broadcast, cable and streaming markets.”

NAACP president and CEO Derrick Johnson touted the partnership stating, “In this moment of national awakening, the time has never been better to further tell stories of the African American experience.”

He added, “Programming and content have the power to shape perspectives and drive conversations around critical issues. This partnership with CBS allows us to bring compelling and important content to a broad audience.”

In their press release, CBS also noted they are working with 21CP Solutions “to advise on its police and legal dramas.”

In the piece, Ramsey writes, “It makes sense to reallocate funds, shift responsibility away from roles that police have absorbed over time, and establish guidelines on what society wants and needs from police, including how we expect the police to act in our service.” 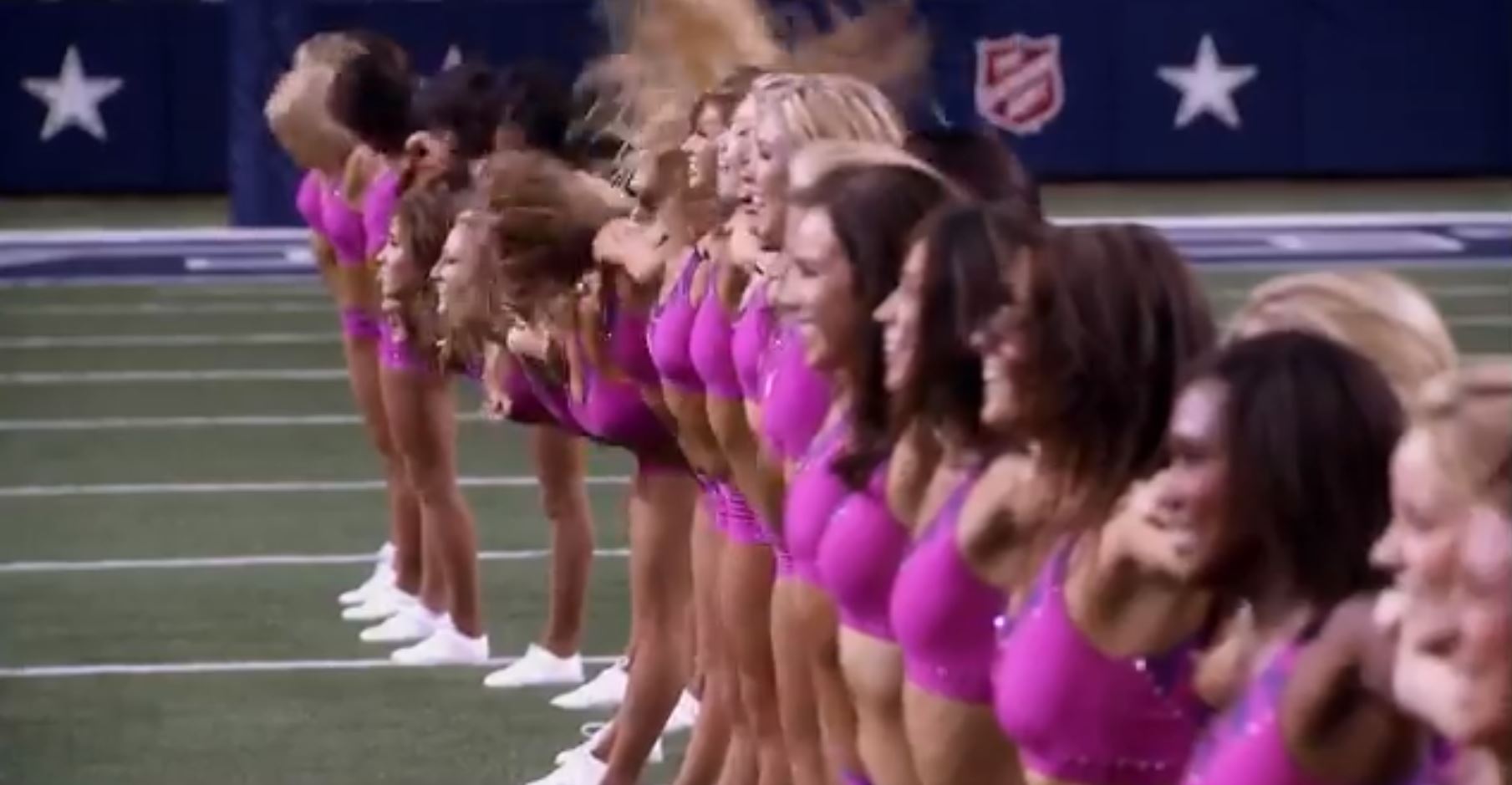 Later in the article, he states, “Defunding police departments to redistribute resources means that officers can finally step back from filling the gaps in other areas created by government budget cuts and, instead, focus on their primary responsibility: to ensure a safe community for every person in a way that respects justice and dignity.”

Ramsey also writes, “We recognize that the pain and anger erupting again in the aftermath of George Floyd’s death have most deeply impacted black communities. We cannot accept these injustices and call for policing reform that acknowledges and addresses systemic racism. We cannot stand for this racial disparity any longer. Otherwise, this continuing injustice affects us all by eroding trust in public institutions and deepening inequities.”

What do you make of CBS’ affirmative action policies for both their scripted and unscripted shows?