BOOM! Studios is set to expand their title offerings this winter, with the comic book publisher announcing the upcoming arrival of a brand new fantasy mini-series, ORCS! 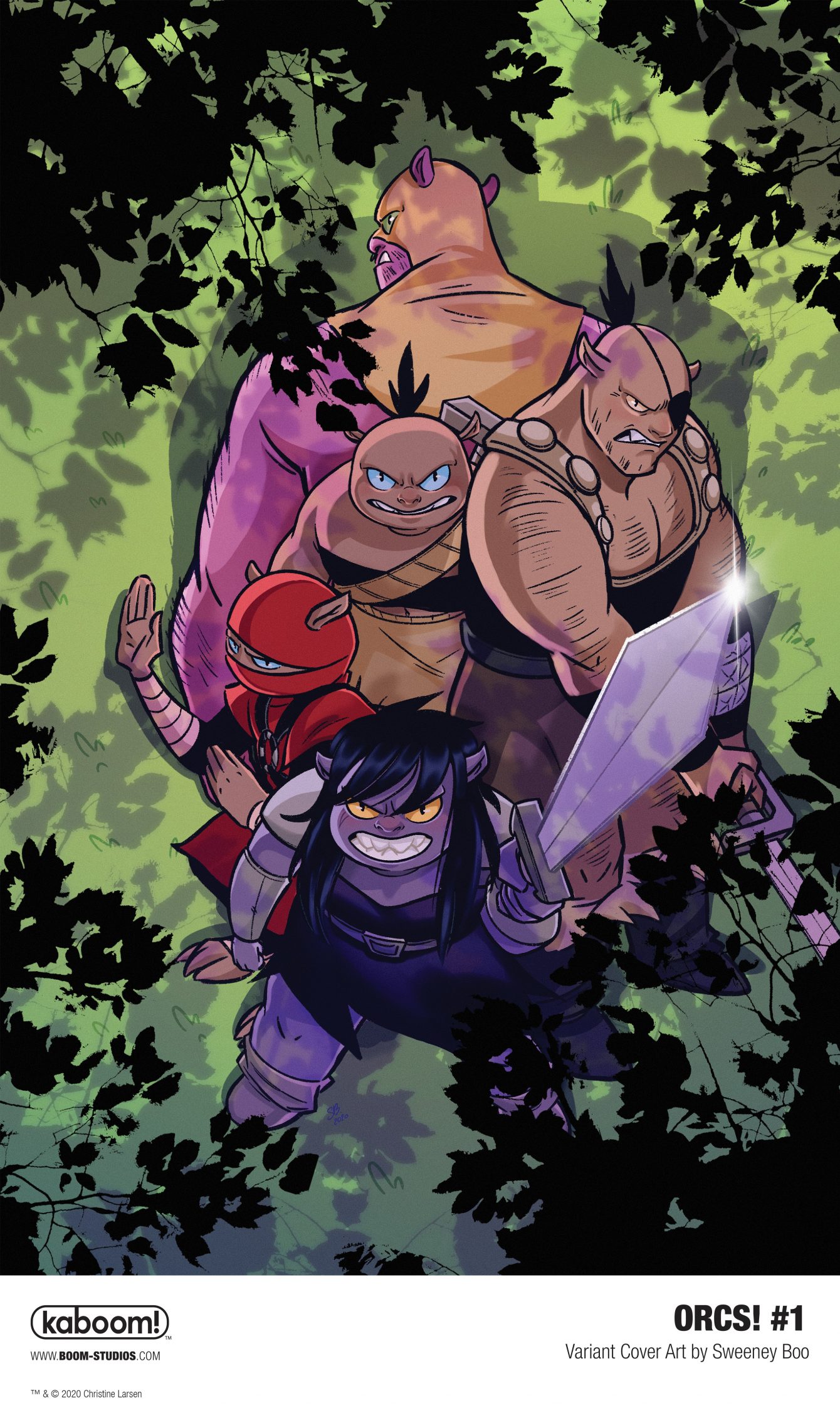 Related: Get Your First Look Inside The New Power Rangers Series!

Written and drawn by Christine Larsen, best known for her work on KiZoic’s Kung-Fu Panda adaptation and BOOM!’s Adventure Time series, ORCS! Is set to follow a group of Orc misfits as they set off to explore their world in search of fame, fortune, and glory, only to discover “that the real treasures were the friends they made along the way.” 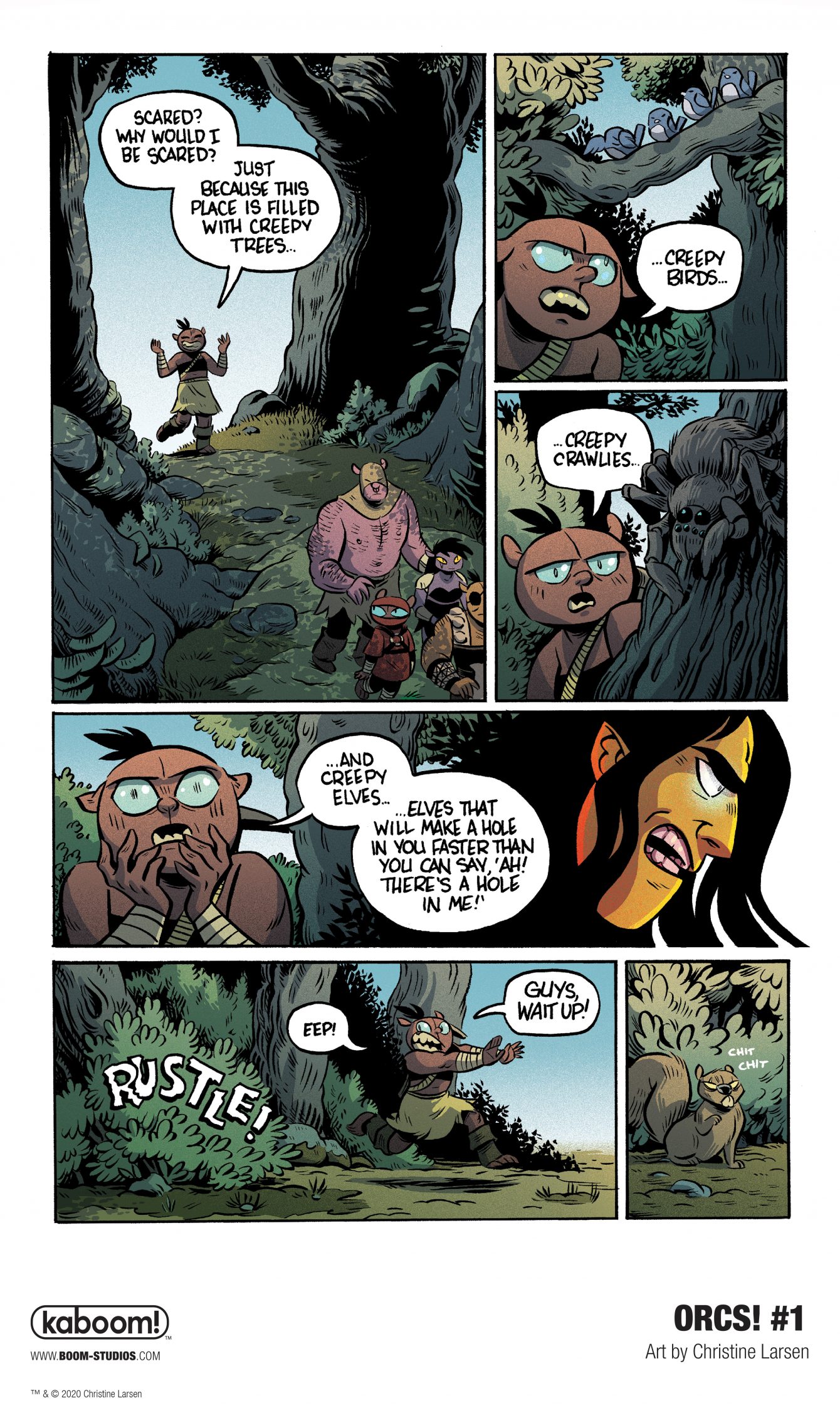 “The Adventure Starts Here!” exclaims the official synopsis provided by Boom!. “Join Bog and his crew, who were banished from their Orcish village by King Hrograhgah (it was a simple misunderstanding, involving an acorn-related prank!) and must now venture out into the world to seek their fortune and hopefully, one day, find their way back home again! Bog, Zep, Pez, Utzu and Gurh’s many adventures will find them entering the dreaded Eerieasallhel Forest, facing off against Trolls, Gnomes, squirrels and more, and even following in the footsteps of the legendary Orc hero, Dod One-Eye!”

The book will be released as part of BOOM! Studios’ middle-school-and-younger audience focused ‘KaBOOM!’ imprint, which has published books including Just Beyond by R.L. Stine and Kelly & Nichole Matthews and Derek Laufman’s RuinWorld. 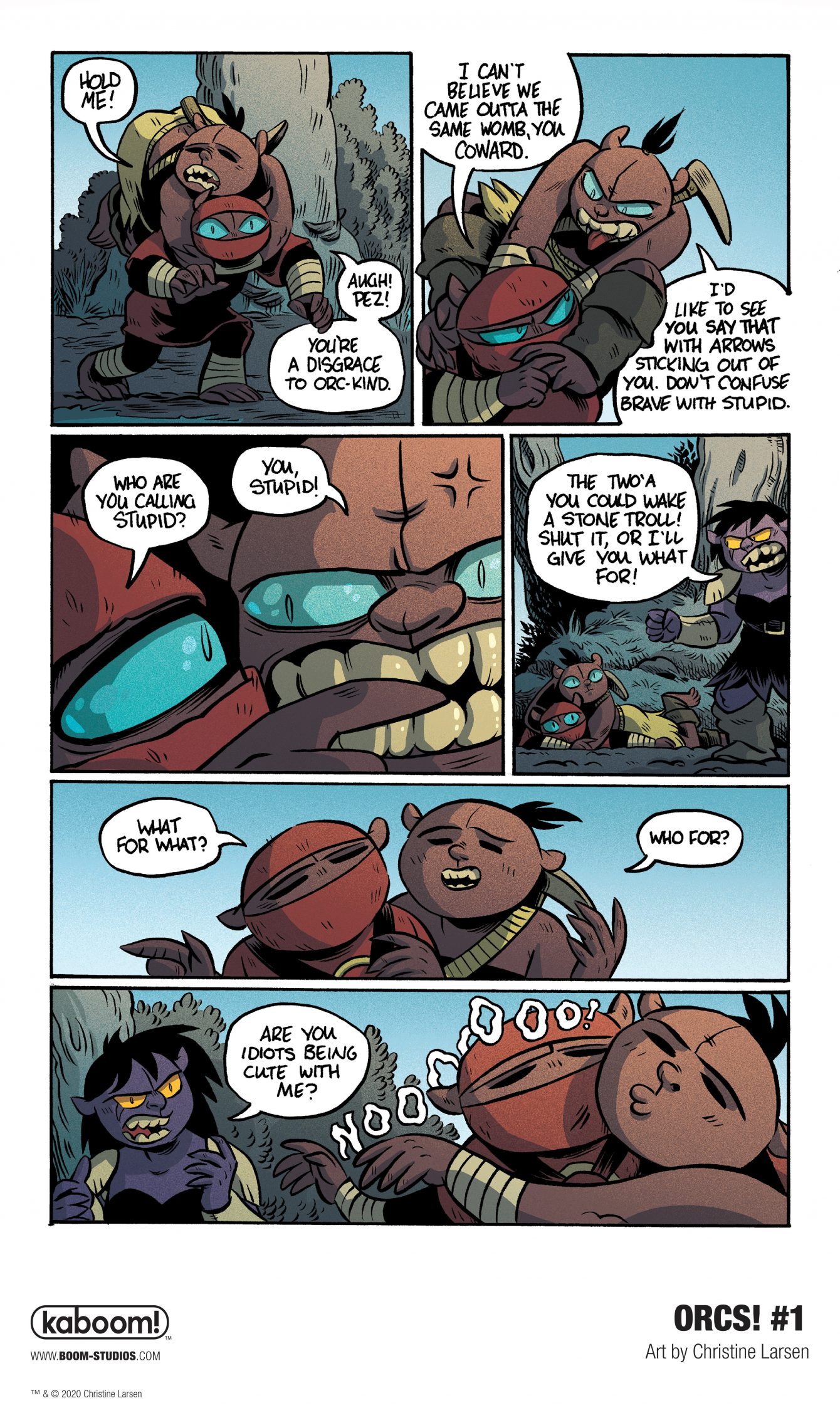 According to Larsen, “ORCS! is dedicated to everyone who’s taken an arrow from the hero, who wasn’t more than a nameless menace in the story, who didn’t have the looks for the main role—the quirky sidekicks, goofy henchmen, and army of lackeys.”

“Goons are heroes, too!” the author added. 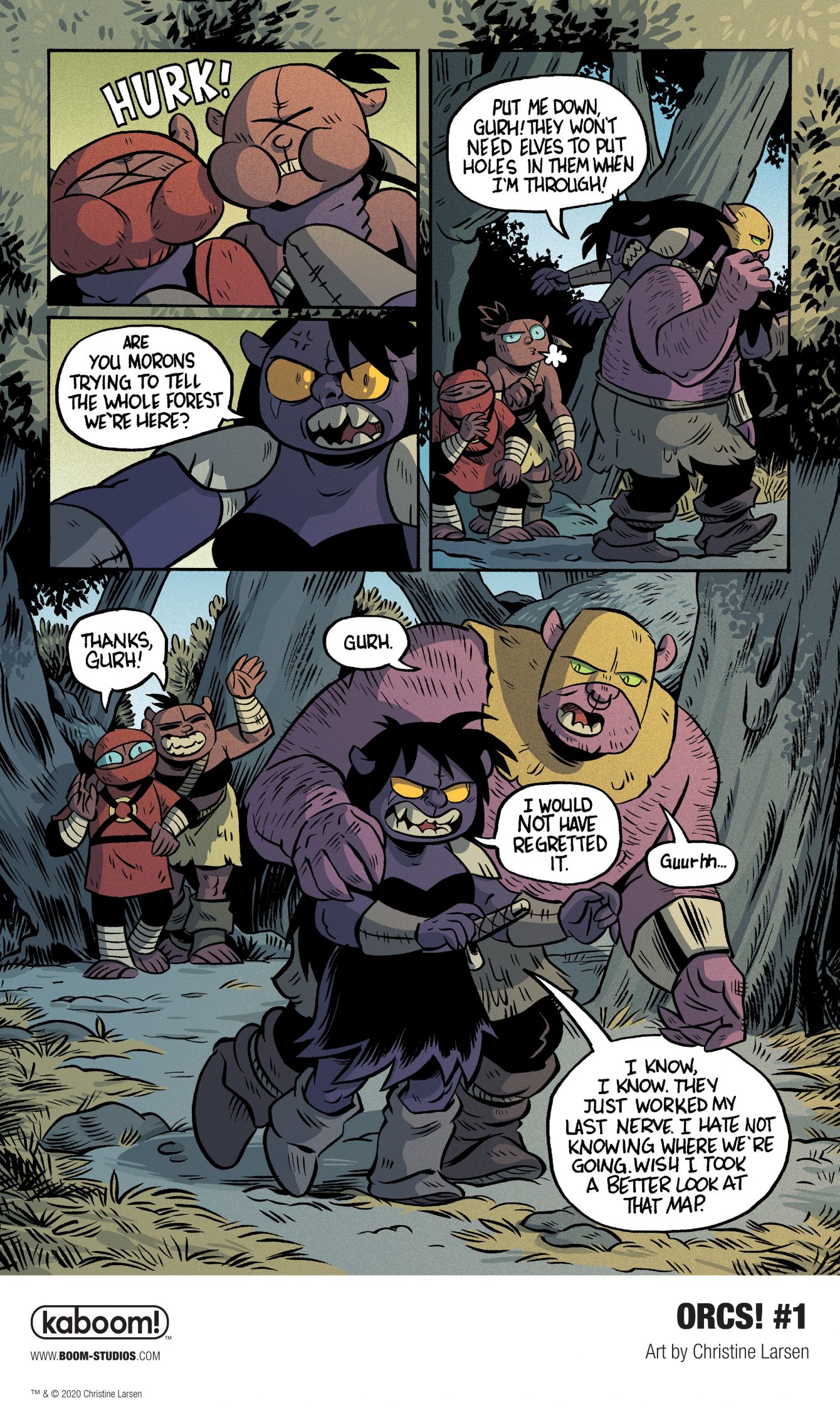 BOOM! Studios’ Senior Editor, Shannon Watters, shared her excitement over how “Christine Larsen brings a wicked sense of humor and incredibly fun illustrations to this series about the misunderstood characters from your typical fantasy quest finally getting a chance to step up and be the heroes of their own story.”

“If you’ve ever played Dungeons & Dragons,” she continued”, read a fantasy novel, or played an online quest and wondered about all the characters left in the dust, ORCS! is the story you’ve been waiting for.” 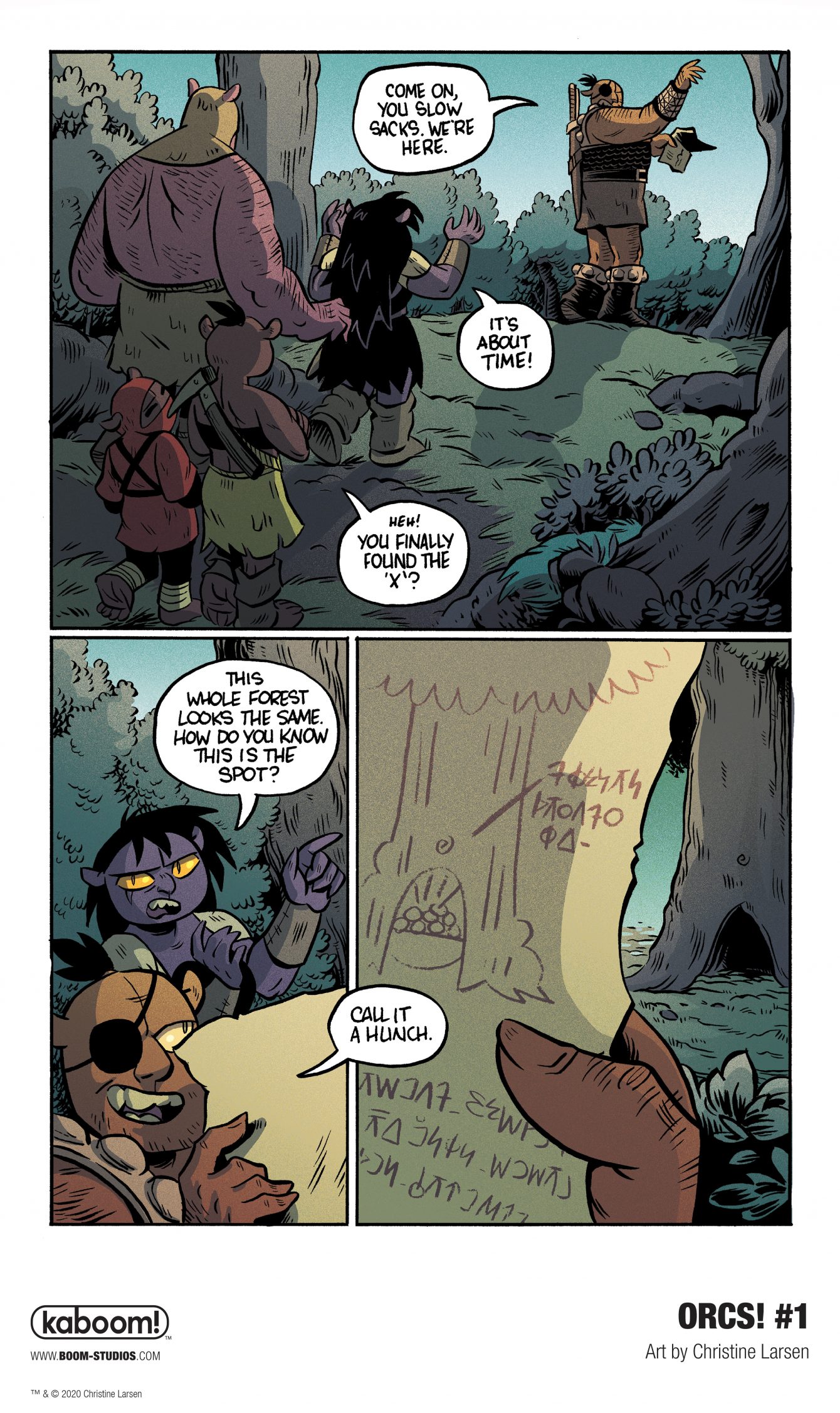 Are you interested in ‘ORCS!’? Let us know your thoughts on this new series in the comments down below or on social media!