Thanks to the popularity of manga series such as Dragon Ball, Naruto, or Jojo’s Bizarre Adventure, many casual manga readers and outsiders-looking-in tend to presume that most shonen manga consists of the same various elements, usually extraordinarily flashy abilities, unfamiliar fictional worlds, and young protagonists who view the world through a lens of unabashed optimism.

However, whether through a simple unfamiliarity with the medium or willful ignorance of it’s offerings, these individuals tend to miss titles such as King of Eden, which take readers on a world-skipping mystery that leads down a dark and horrific exploration of both Christinanity’s and humanity’s respective histories.

For those of you who enjoy the usual shonen fare, don’t worry: King of Eden also features vampires. 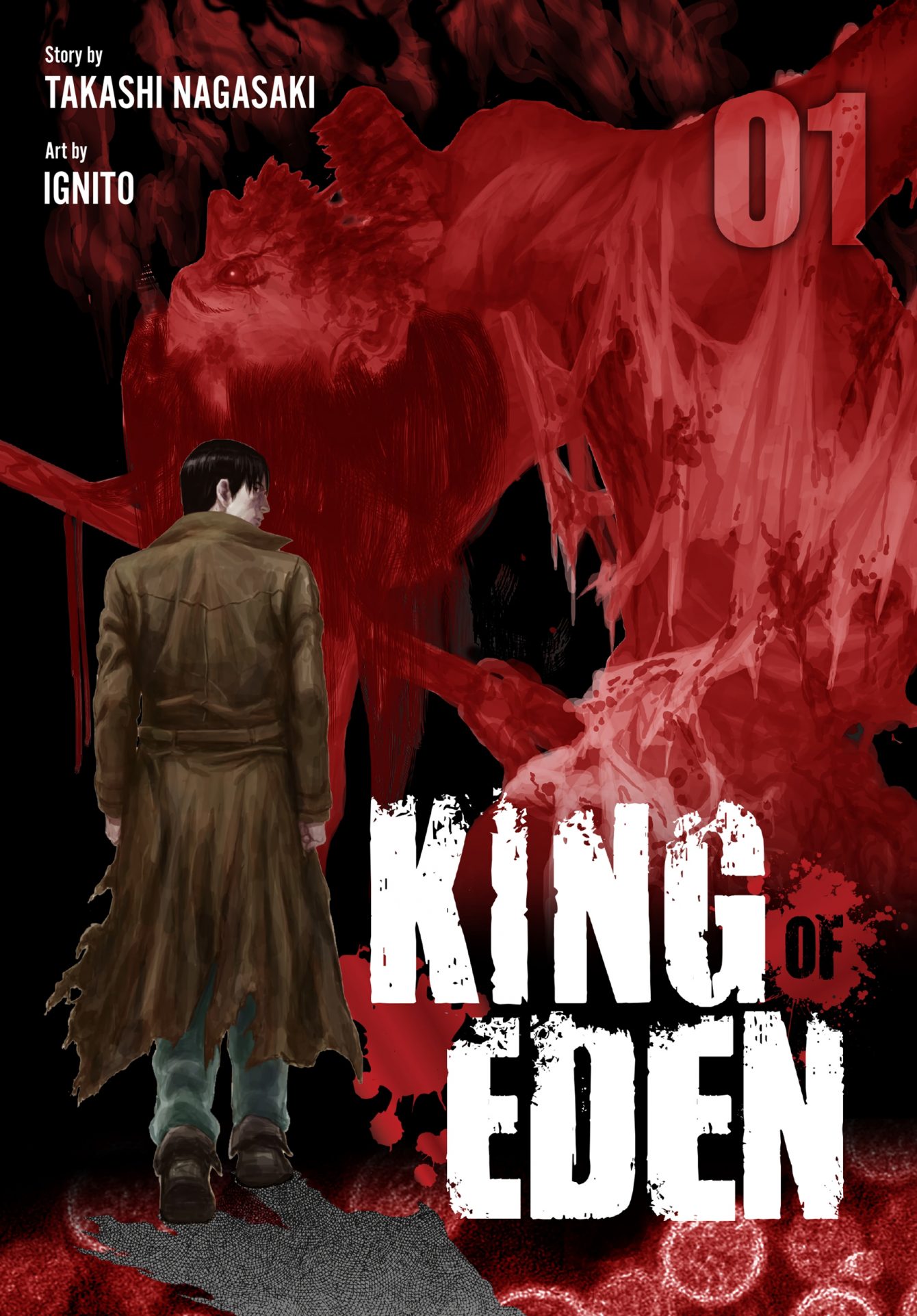 Related: Review: Last Round Arthurs Vol. 1 – Is It Worth Pledging Your Loyalty?

Set in contemporary times, King of Eden explores a world gripped by a mysterious and unknown darkness, as villages across the globe have begun to mysteriously erupt into flames, with witnesses reporting that, at every scene, only a single, trench coat-clad man remained standing in the aftermath of these arsons.

Simultaneously, rumors have begun to spread that a new virus, which preys on the aggressive instincts of its hosts and turns them into feral, wolf-like creatures, has been unleashed upon the general population by various terrorists and arms dealers, which leads the infected to turn into nothing more than ravenous, bloodthirsty drones whose sole purpose is to consume the living. 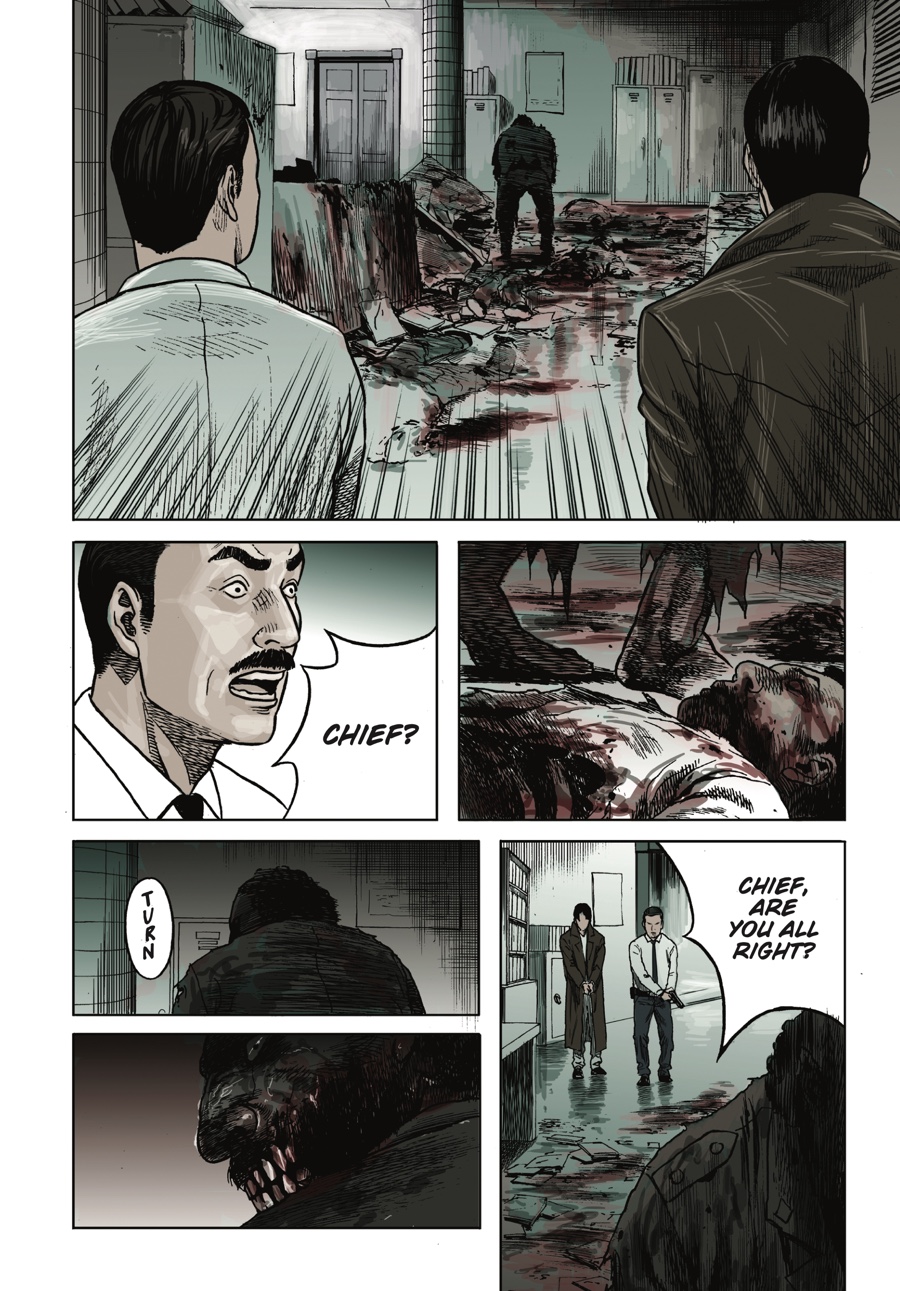 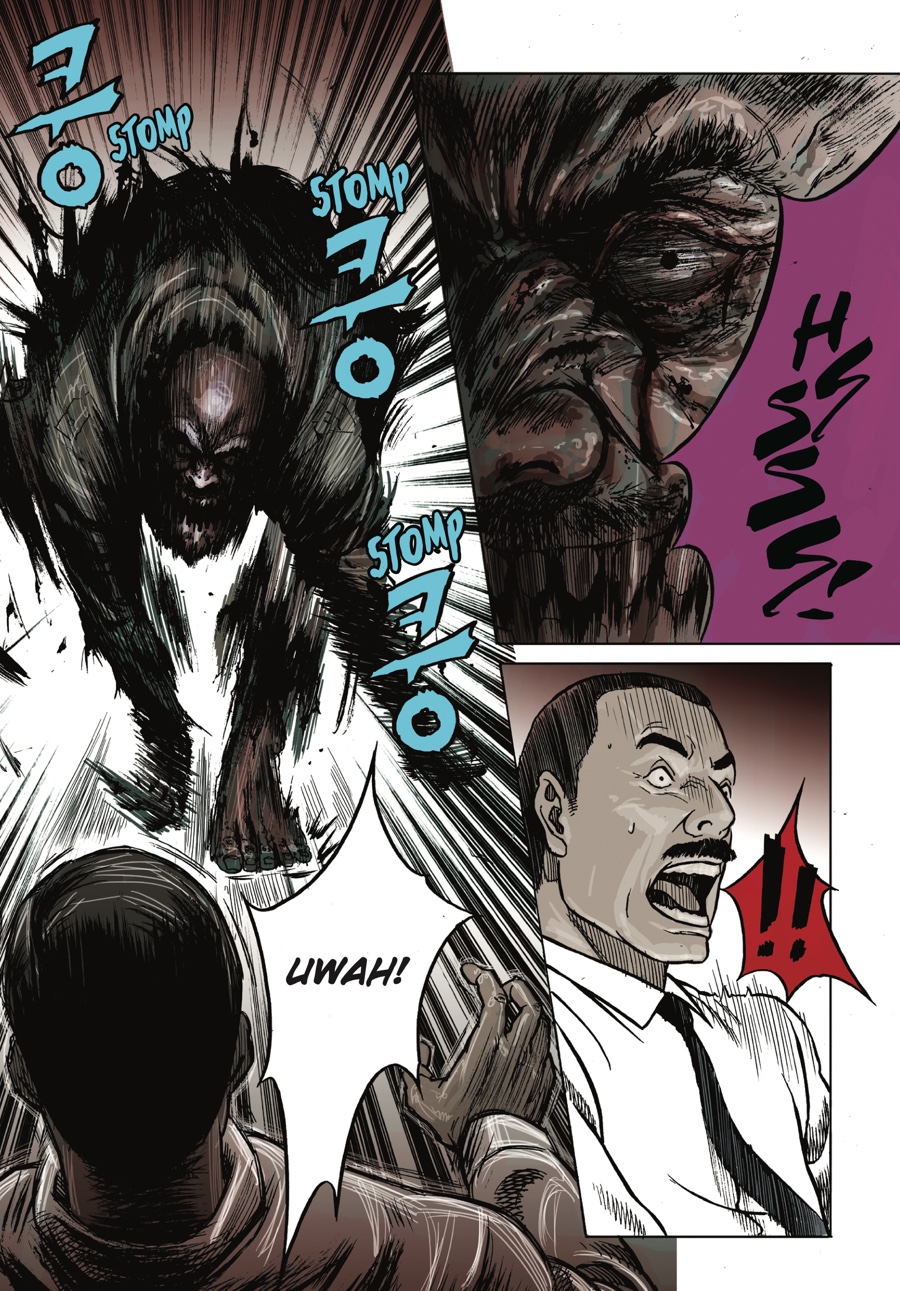 Following the discovery of information that links the mysterious arsonist and the rumored virus to an ancient Romanian tomb, top officials from various covert government agencies seek the assistance of Dr. Rua Itsuki, an archaeological professor with a penchant for ancient viruses, in order to track down the trenchcoated man and solve the mystery of the newly dubbed ‘Wolf Virus’.

However, as Dr. Itsuki begins to uncover more information regarding the true origins of the Wolf Virus and the role that the seemingly-super-powered arsonist, Yoo Teze, is playing in combating the virus, the young doctor finds herself spiraling into a world of terror from which she is unsure how to escape unharmed. 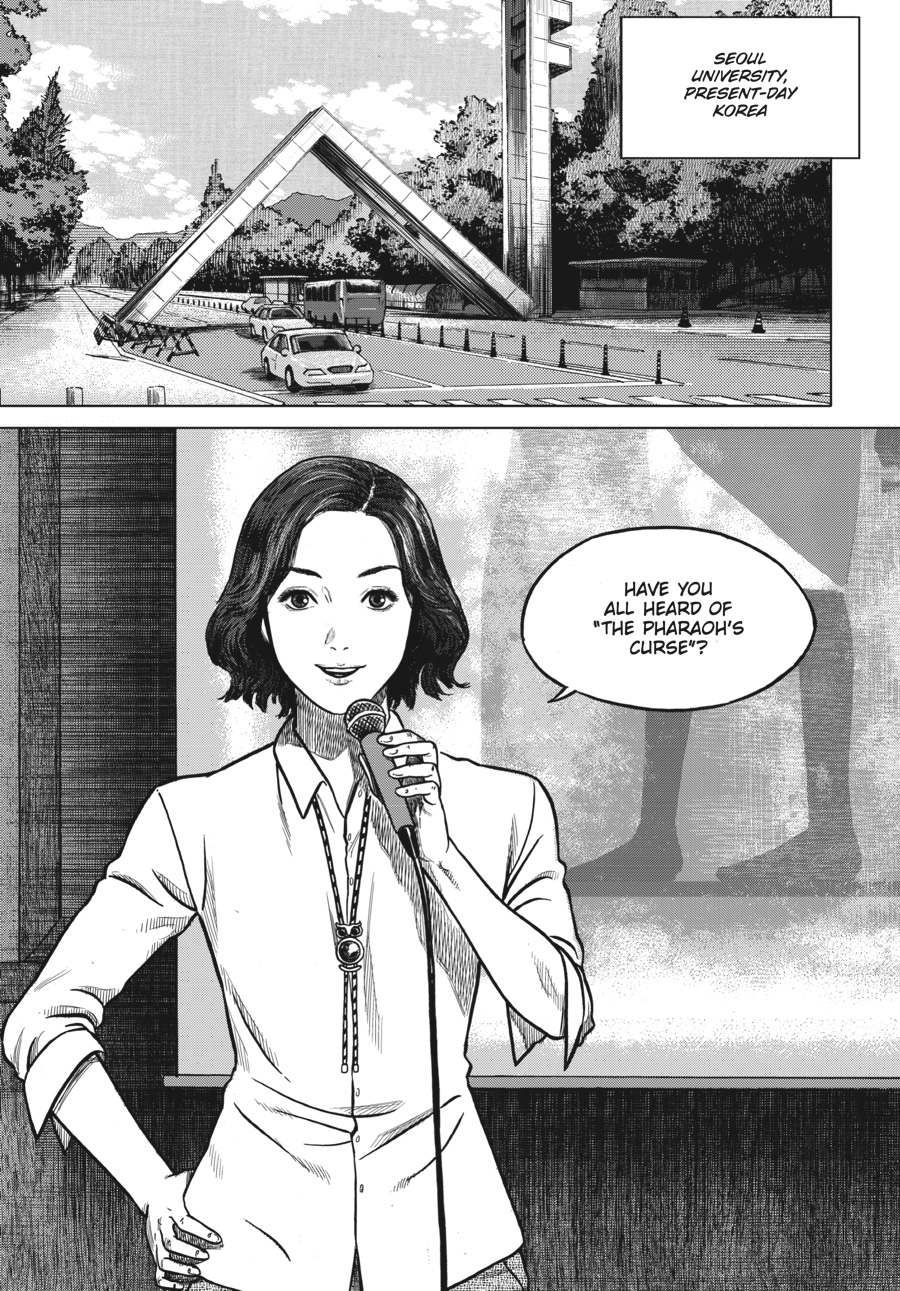 Written by Takashi Nagasaki and drawn by Ignito, King of Eden is easily one of the best manga series readers most likely haven’t heard of (in fact, as of writing, the series has no other web presence outside of various reviews for this very volume.)

The highlight of King of Eden is its story, which presents a hybrid plot of a zombie break combined with the quiet overthrowing of human society by a vampire, mixed with just a dash of political intrigue and featuring just a hint of super natural abilities to keep readers on their toes. 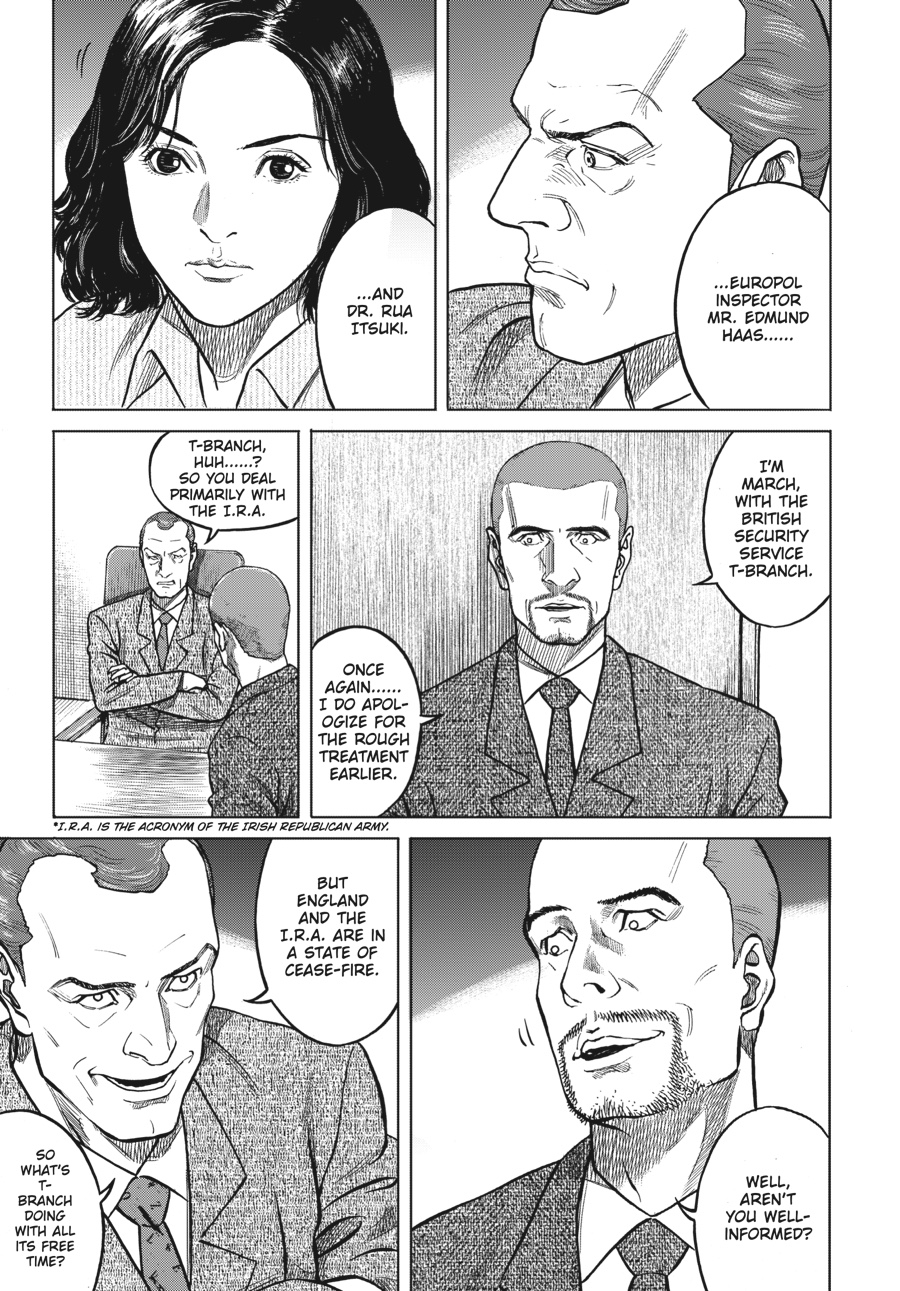 The series’ use of real-world history and various global locales displays the amount of research and effort put into its writing by Nagasaki, who instead of merely creating a fictional world with which to populate his own lore, puts in the time to meticulously place the events of the manga in line with the very real history of civilization and ensure that the ‘wolf virus’ could be truly seen as a world-ending threat.

In particular, Nagasaki’s connection of the Wolf Virus to the Biblical story of Cain and Abel, establishing the event as true world history rather than a religious scripture, is excellently pulled off and, thanks to the addition of man’s first murder, provides a feeling of unease that translates perfectly from real-world understandings of the implications of the brother’s story. 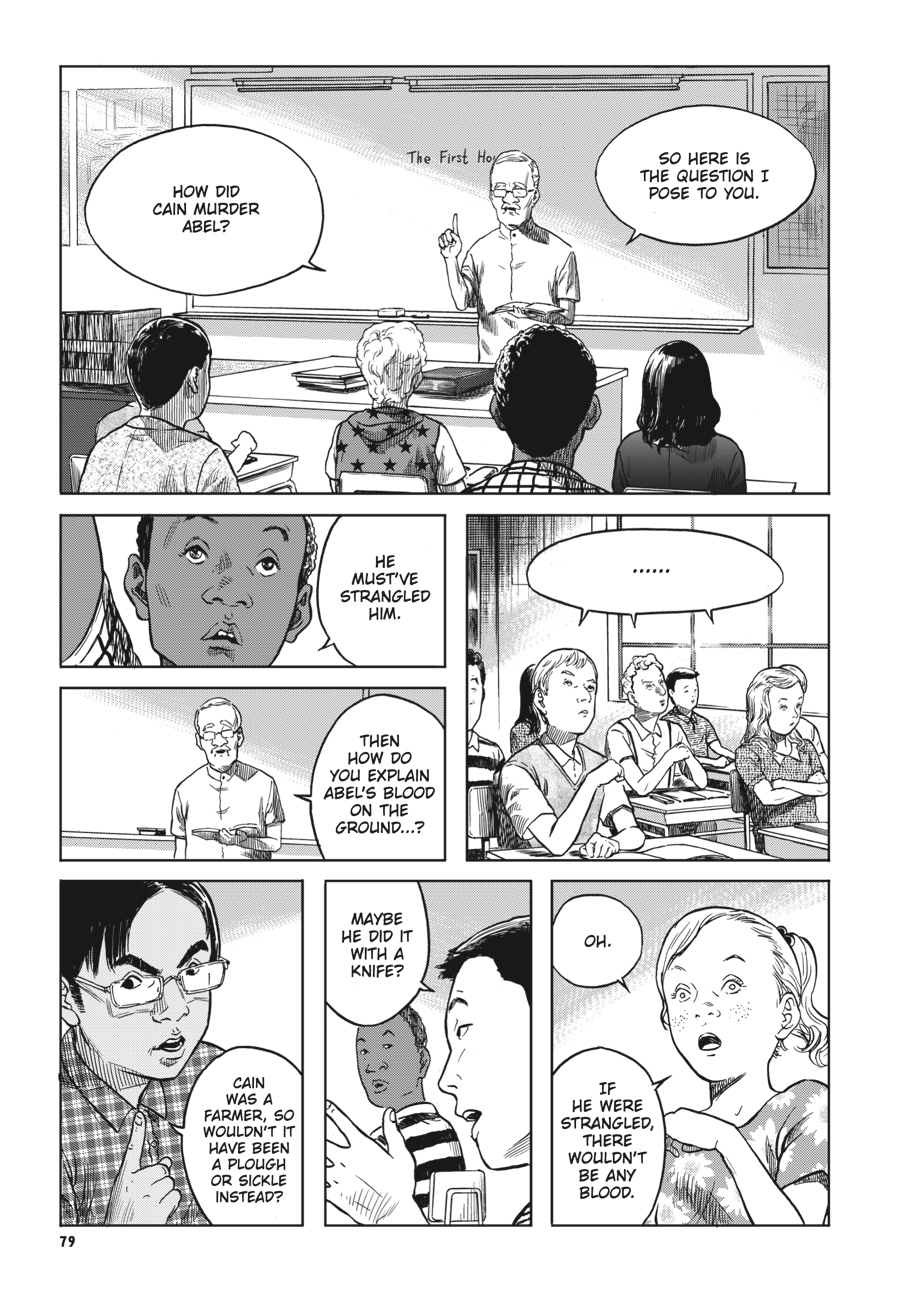 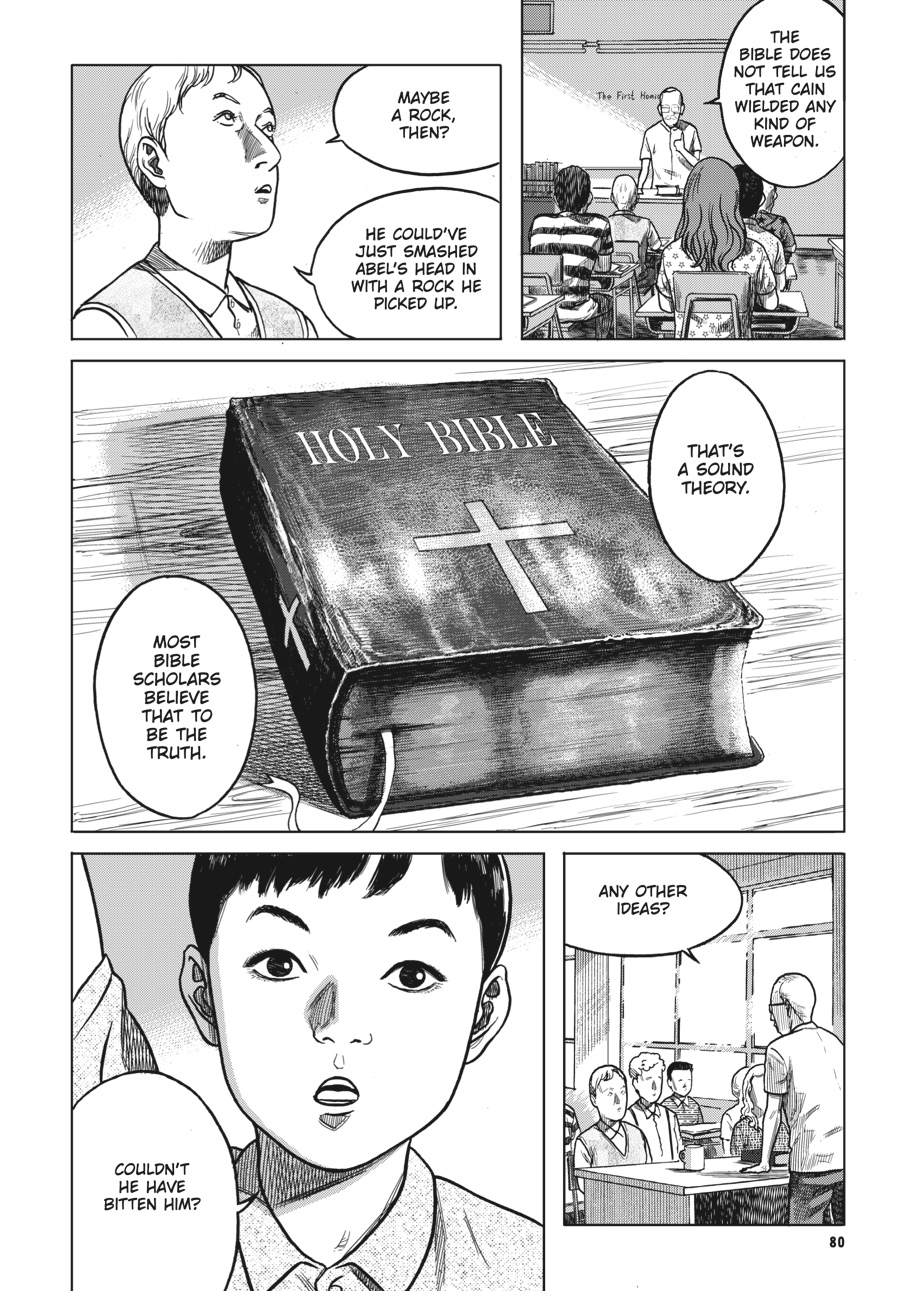 Artistically, Ignito’s art captures the tense and mysterious air of a world caught in the grips of a supernatural and as-of-yet unexplainable phenomena, avoiding the stereotypical shonen style of wildly-dressed characters with physics-defying hair spikes in favor of a more grounded, realistic style that helps thematically communicate the connection the series’ mythology has to the very real species history of the humans who created it.

This realism is best employed by Ignito during scenes featuring individuals infected by the Wolf Virus, as his dark tones and cross hatched shading give the bloody wolf-vampire hybrids a level of viscerality usually reserved for Hollywood movies. 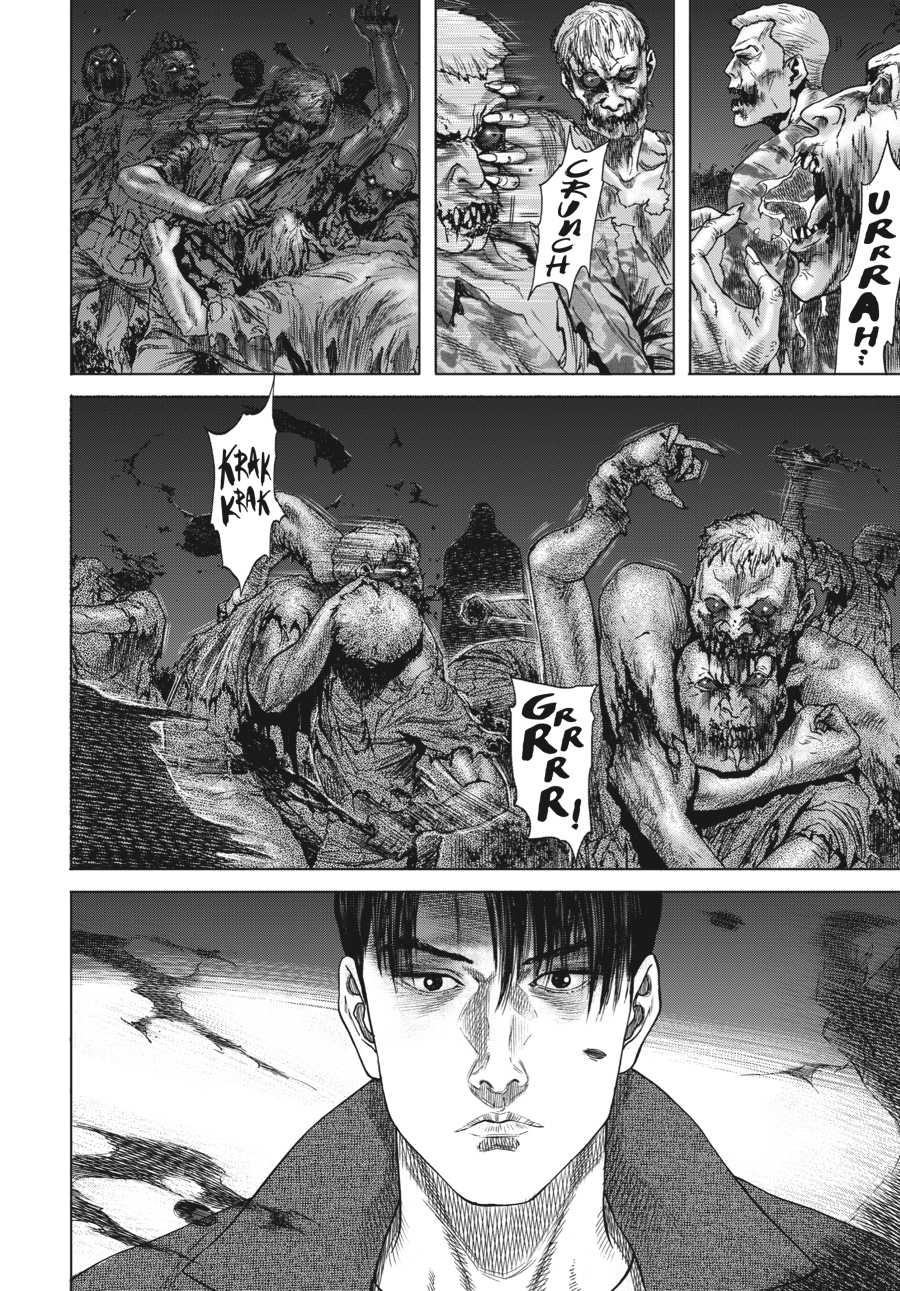 Related: Review: Persona 5 The Manga: Should You Seal A Pact with This Adaptation?

While no work is absolutely perfect, it’s very hard to find a flaw in King of Eden’s first omnibus that doesn’t feel like a nitpick, with the only real issue coming to mind being the occasional ‘same face’ that Ignito’s art can occasionally fall into, as seen in the somewhat similar appearances of Upir’s Butler and arms dealer Magaloff, but even this is minor, ultimately failing to take away from the book as a whole due to the widely varied appearances of most every other character. 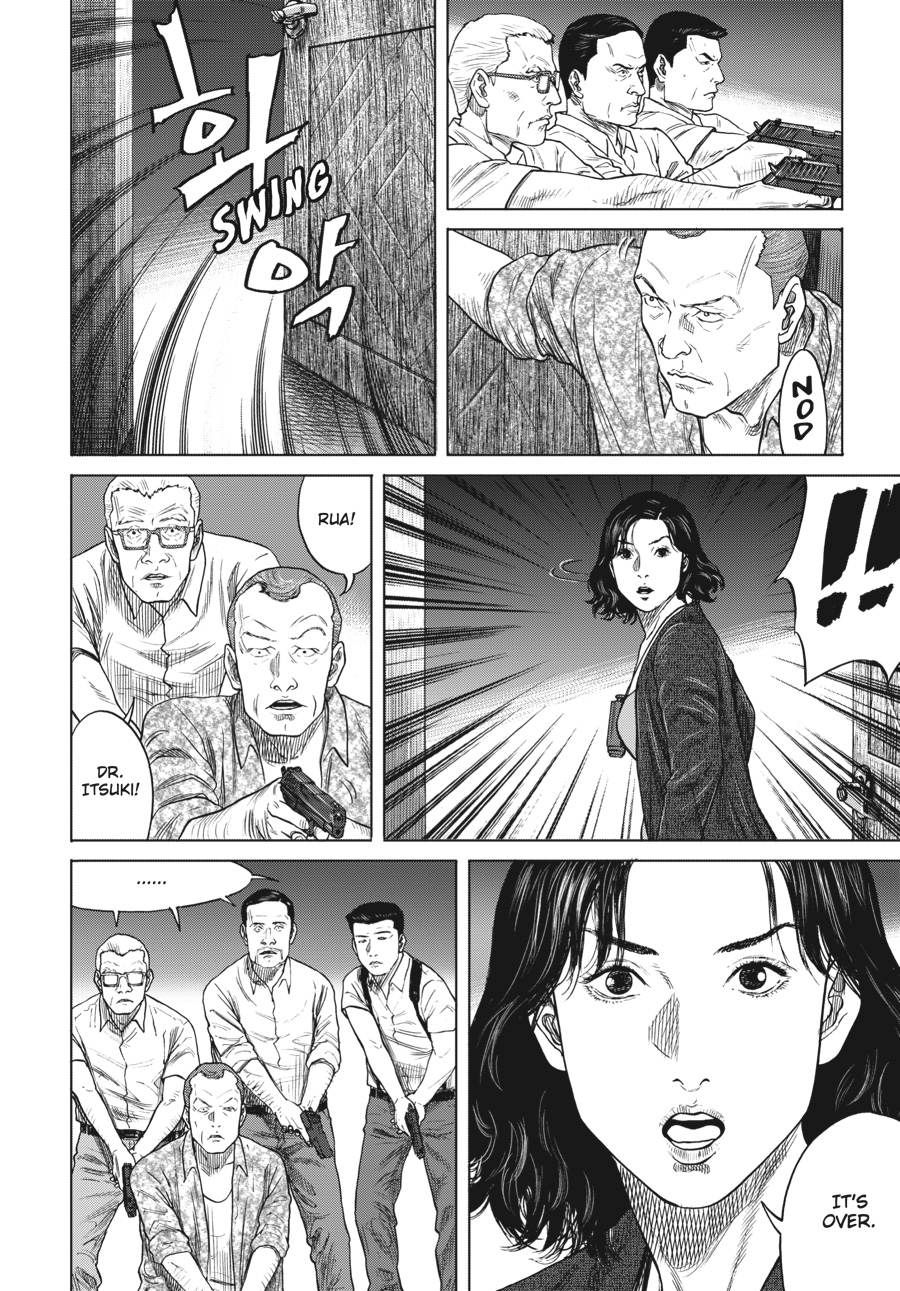 Overall, King of Eden is a fantastic manga for fans of both horror and alternate-history/history-rooted fiction, with the series’ terrifying creatures balanced out by elements such as Yoo’s super human strengths or the historical exploration of ancient Romania, resulting in a book that should expertly satisfy the itch for a good manga felt by readers looking for a more ‘mature’ experience in their stories.

Here’s hoping Yen Press can get the second volume into readers’ hands as soon as possible. 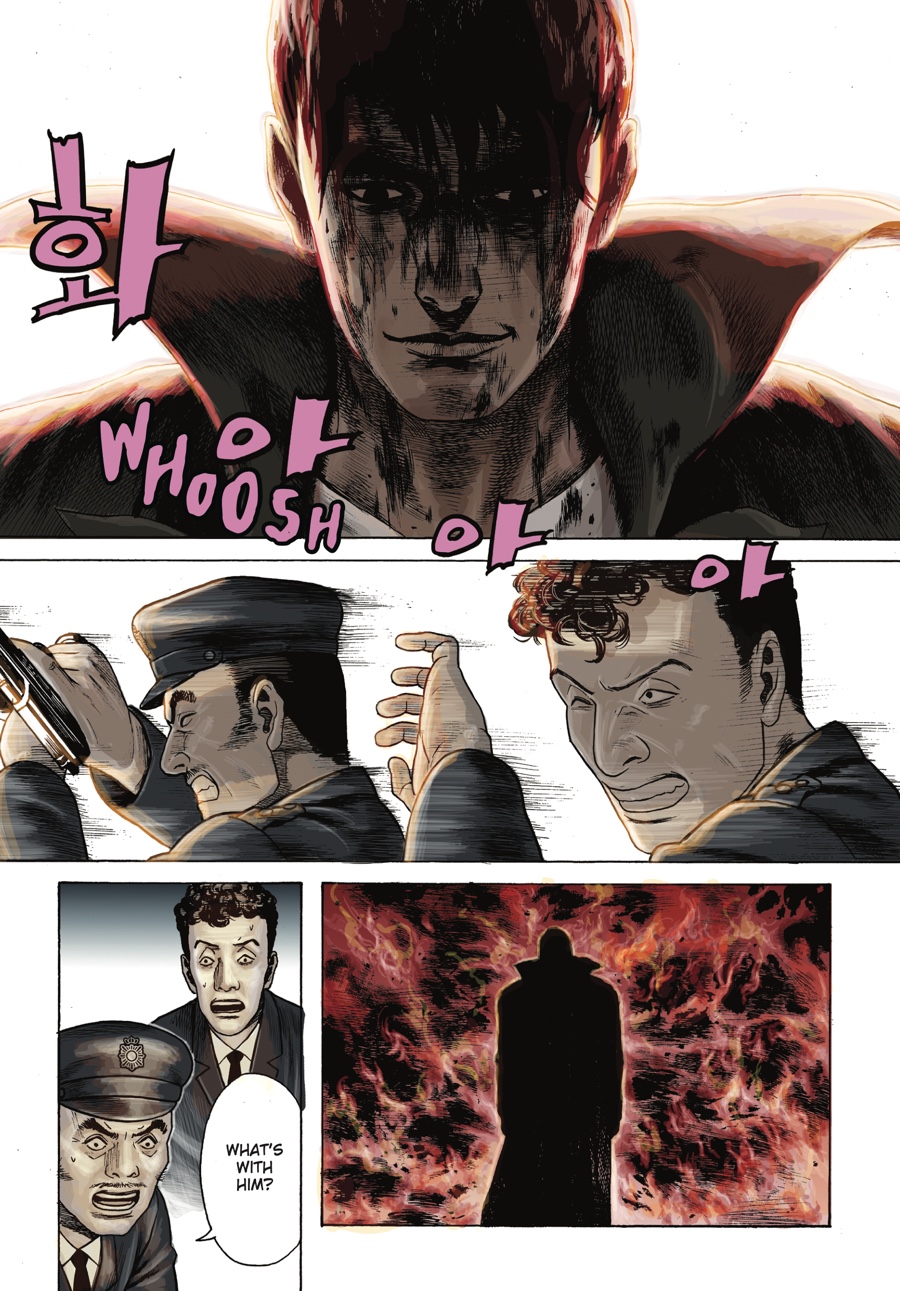