Star Trek: Voyager actor Manu Intiraymi has declared that Latinos who support President Donald Trump are “the epitome of stupidity” in response to footage showing such individuals engaging in a demonstration against California’s new round of lock down orders. 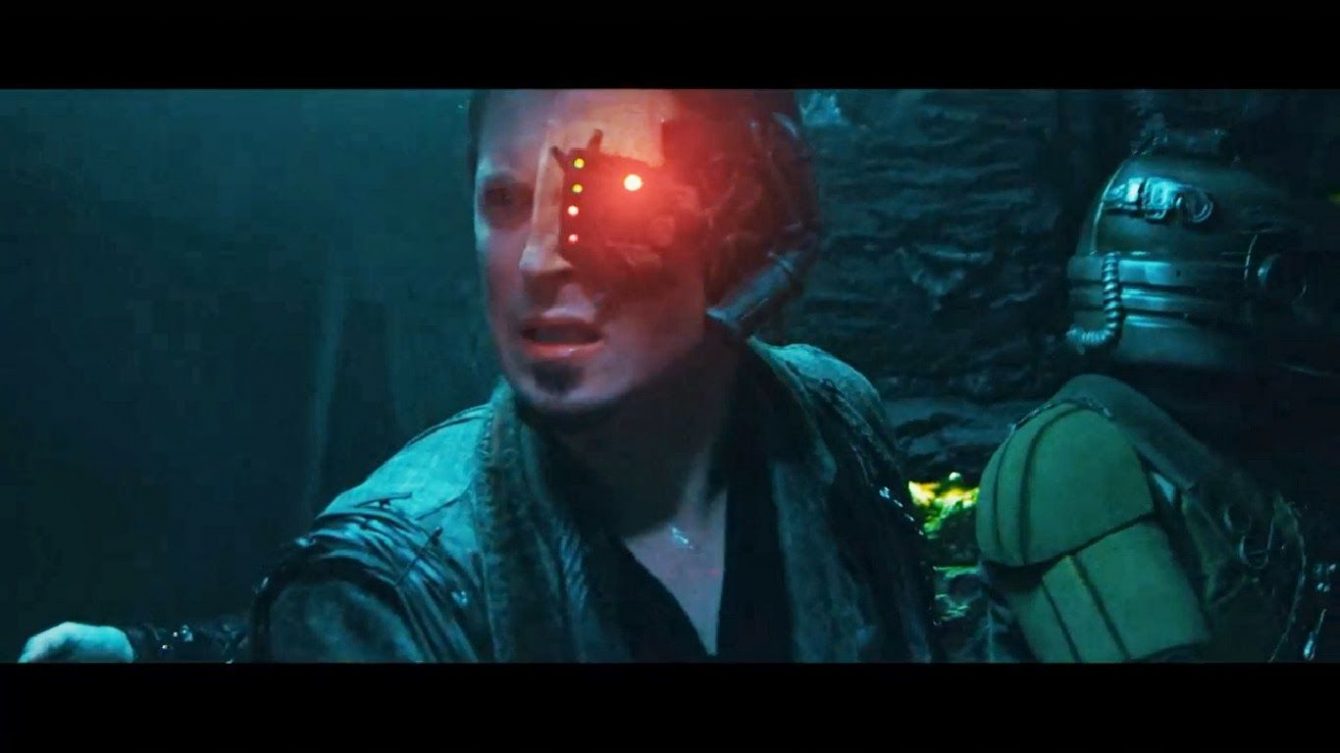 On November 22nd, residents in Huntingon Beach, California, took to the streets to protest against the latest round of lockdown orders issued by Governor Gavin Newsom in an attempt to further combat the ongoing COVID-19 pandemic, which took effect the previous day and imposed a curfew between 10 p.m. to 5 a.m for all “non-essential work, movement and gatherings”.

At one point during the protest, Alex Torres, a reporter for the Spanish language Estrella TV who was covering the event live, shared a video which showed a large group of demonstrators chanting “USA”, with Torres noting that there was a particularly “strong presence of “Latinos for Trump”” among the crowd.

Strong presence of “Latinos for Trump” also showed up to the Huntington Beach Pier rally against @GavinNewsom . So far it was a peaceful rally. No arrests were made. However, not many face masks were worn. pic.twitter.com/AXLdlcNYtW

Following Torres’ sharing of the video, Intiraymi, best known for portraying the Borg drone Icheb on Star Trek Voyager and, for a brief period, Billy on One Tree Hill, took issue with the concept of ‘Latino’s for Trump’, comparing them to “Cockroaches” who would cheer at the presence of ‘Raid’ bug spray and “Throat cancer survivors” supportive of cigarettes, before asking “Literally, HOW DUMB do you have 2 B to join this club?”

“A Latino with a MAGA hat, the epitome of STUPIDITY,” asserted Intiraymi “U have the right 2 be an ignoramus in this country, but do you have to be so proud of it?” 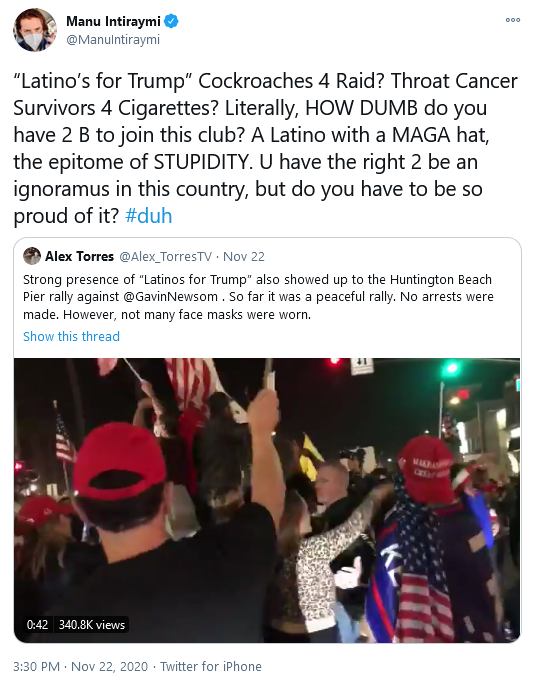 “They’re citizens of this country,” he added. “They have my love and respect as human beings, but my God, read something. Chanting “USA” for a President that lost the election? WTF is wrong with these people?” 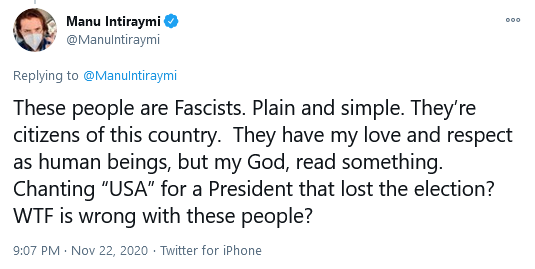 In response to another Twitter user, whose now-deleted tweets presumably offered some pushback against Intiraymi’s opinions, the actor asked “how could you as a Latino support someone literally ripping families apart at the border? Latino children put in secret jails-forcing hysterectomies on South American women of all Latin nationalities?”

“This is like African Americans marching for David Duke,” Intiraymi concluded. “Face in my palm. Morons.” 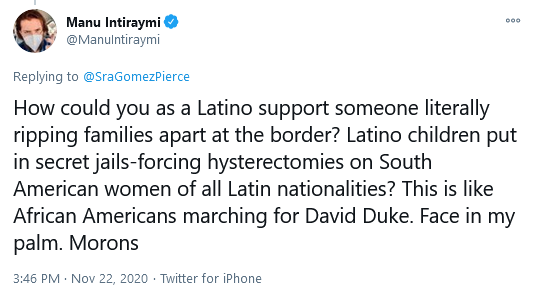 However, despite the high-ground that Intiraymi believes himself to be standing on, the very same criticisms he leveled against the Latino base of President Donald Trump could be directed towards his own political beliefs and rhetoric, particularly as a supporter of former-VP Biden. 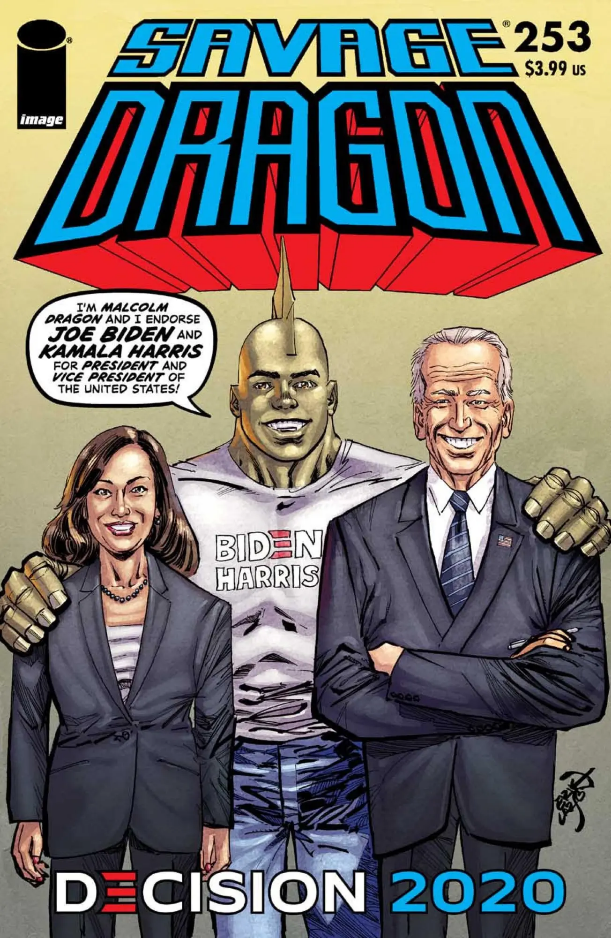 His disbelief and criticism that these Latino Trump supporters were ““Chanting “USA” for a President that lost the election” is extremely ironic, given how individuals who opposed President Trump’s election have spent the last four years decrying that Trump is, by some performance of mental gymnastics or another, an ‘illegitimate president’.

Considering how many believed President Trump’s election was the result of foreign interference and still support former Democratic candidate Hillary Clinton, with the hashtag #ImStillWithHer still seeing regular use on Twitter, Intiraymi has little right to criticize an election whose results have still yet to be officially certified. 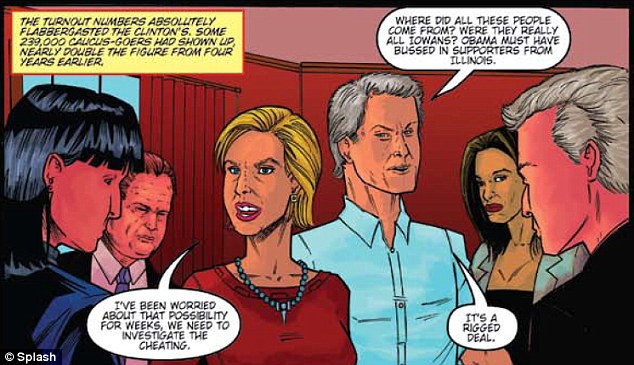 Furthermore, it is of nonpartisan and historical importance to note that, while the policy of parent/guardian-child separation and accusations of forced surgical procedures performed on immigrant women arose during President Trump’s tenure in the oval office, the ‘secret jails’ for children, a reference to US border detention facilities, were constructed during the Obama administration.

According to the PEW Research Center, ICE arrests during President Trump’s presidency were “lower than during much of Obama’s tenure,” and though “removals of unauthorized immigrants rose 17% from 2017 to 2018,” these numbers were “below recent highs”.

What do you make of Intiraymi’s comments? Let us know your thoughts on social media or in the comments down below!