After just one-day at the box office, the Paul W.S. Anderson directed, Milla Jovovich-led live-action adaptation of Capcom’s Monster Hunter franchise has been pulled from theaters in China following a vocal backlash from Chinese audiences against a racial joke featured in the film. 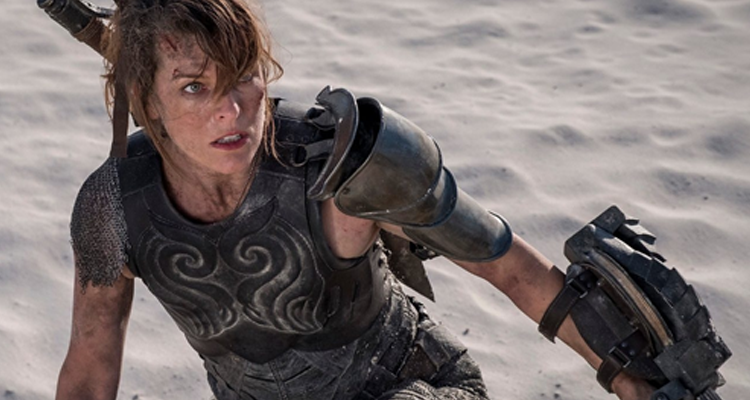 The joke, as captured by video game industry analyst and ResetERA admin Daniel Ahmad, sees a soldier, seemingly apropos of nothing, ask his squad mate to “guess what kind of knees are these,” before responding with the punchline “Chinese.”

According to Ahmad, the joke was “being linked to the rhyme / phrase “Chinese, Japanese, dirty knees – look at these?” which is considered offensive.” 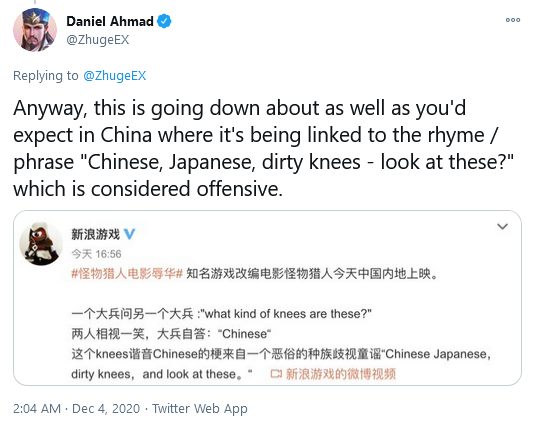 The phrase is widely interpreted as a taunt towards Asian immigrants (Chinese, Japanese) who immigrated to Western countries as laborers (dirty knees), with the final phrase meant to draw the immigrant’s attention to the comparatively large chest sizes of Western women (look at these).

Some Chinese viewers expressed their anger towards the joke by review bombing Monster Hunter World, the latest video game release in the franchise, with over 1,000 negative reviews having been left on the title’s Steam page since the film’s December 3rd premiere. 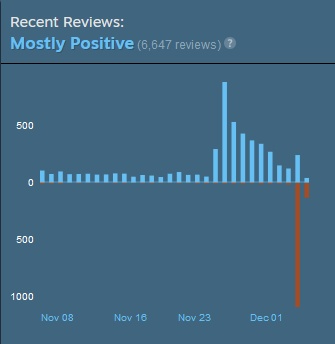 The situation eventually caught the attention of Capcom themselves, as Ahmad reported that the developer issued a statement on Chinese social media site Weibo “stating that it is aware of the situation and the controversy [and] that it is not the producer on the MH movie and that it will report the situation to the relevant film companies to investigate.” 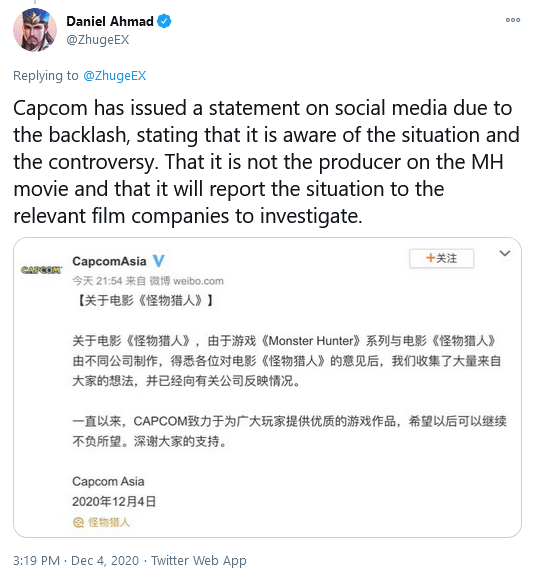 As backlash against the film continued to mount, China-centric movie news source @gavingfeng initially reported that “all showtimes of Monster Hunter are being cancelled in China,”

He then provided an update just hours later that “theaters exhibitors just got new notification that the plan of releasing new copies(removing the scene) of Monster Hunter have been suspended,” which they noted “almost means it’s banned here.” 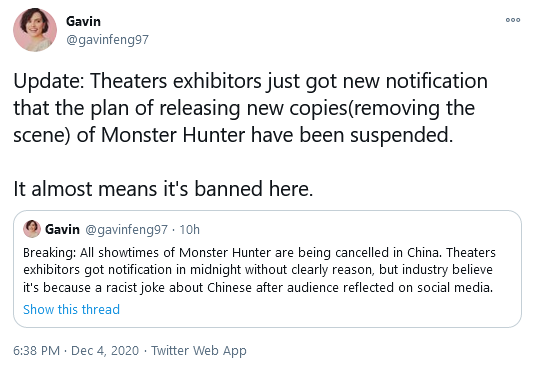 What do you make of this controversy? Let us know your thoughts on social media or in the comments down below!