Actress Debra Messing, known for her role as Grace Adler on Will & Grace, apologized for how she wished violence on President Donald Trump. 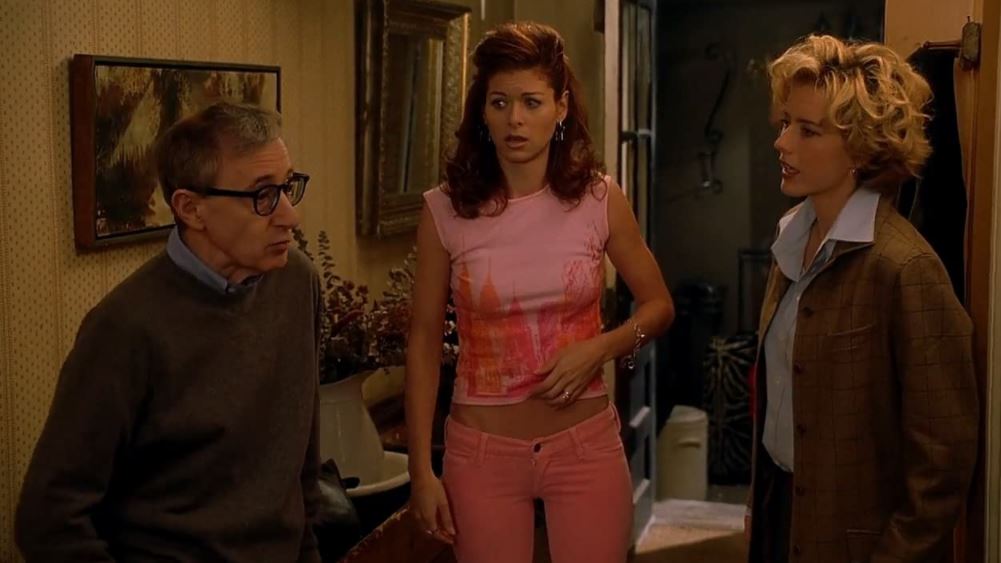 Earlier this month, Messing took to Twitter where she responded to a tweet from the World Health Organization’s Dr. Tedros who praised German Chancellor Angela Merkel for calling on Germans to follow the country’s Covid-19 regulations. 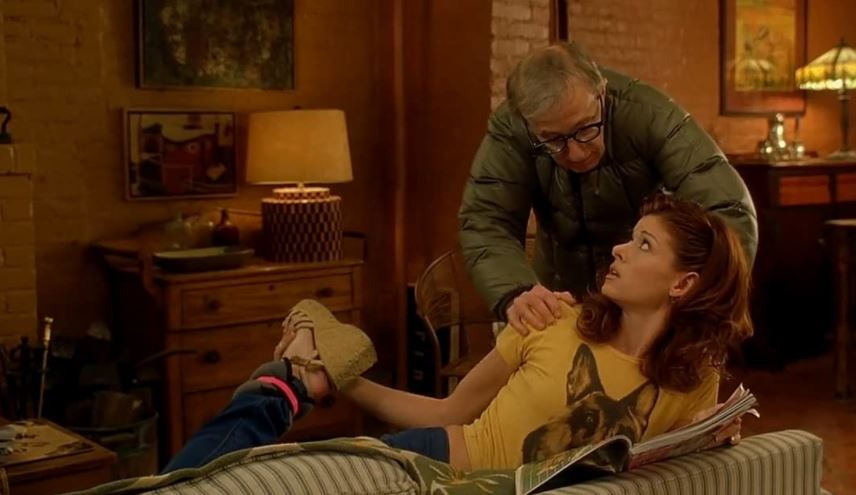 Messing responded to this tweet by hurling numerous insults at President Donald Trump.

She wrote, “AMERICA. THIS is a LEADER. Donald Trump you are a weak, scared, stupid, inept, negligent, vindictive, narcissistic, criminal.”

From there she wished that he would be locked up and prison and implied that he should be raped repeatedly.

Messing wrote, “I hope you live a long life in prison where you become the most popular boyfriend to the all inmates.” 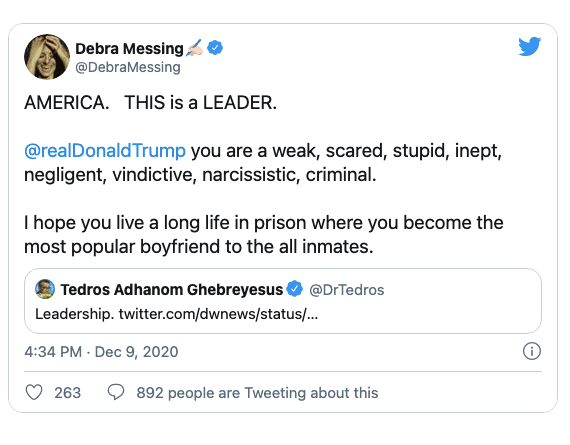 Then Messing would double down on this Tweet in response to The Daily Wire’s coverage of it.

She wrote, “Let me be clear: I said nothing about LGBTQI/queer LOVE.”

“Rape is an act of violence. Trump has perpetrated violence on hundreds of millions of people. My hope is (and this is the first time in my life) that the tables are turned and he is the victim of perpetrators. #LGBTQIAally.” 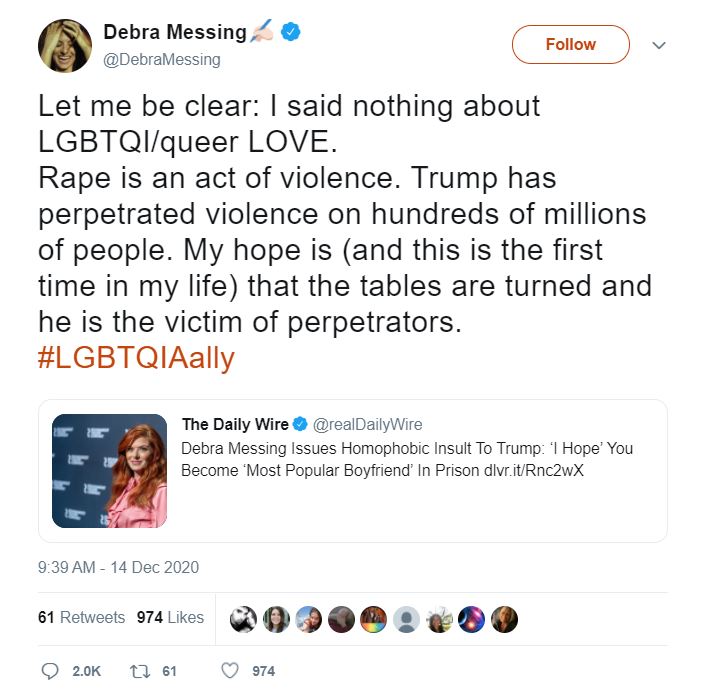 She wrote, “I’d like to say I have been an LGBTQIA ally for decades, and I was in no way referencing LGBTQI/queer love/sexuality.”

“It is not my proudest moment, but 45 has victimized 100s of millions of ppl; I had wished the tables turned on him,” she continued.

She concluded by apologizing for the way she wished violence on the President writing, “I apologize for the offensive way I did it.” 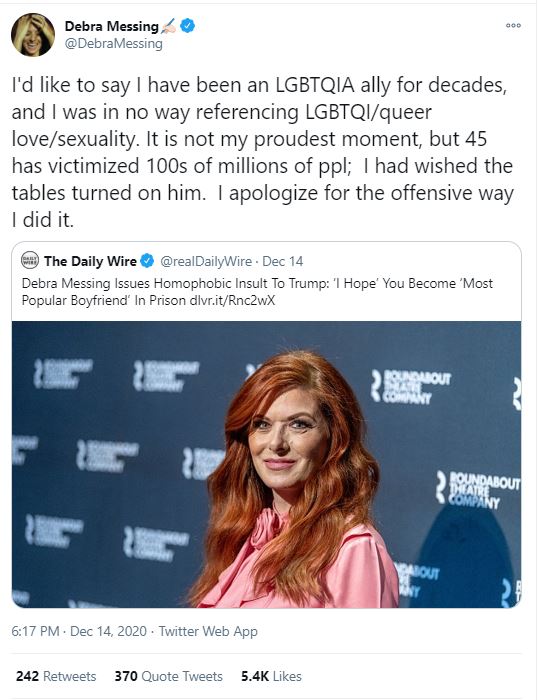 Messing did not apologize for wishing sexual violence on President Donald Trump.

Related: Will & Grace Actress Debra Messing Calls On Media To Out Trump Supporters

The actor responded to a story from The Hollywood Reporter detailing that the President was to appear at a Beverly Hills fundraiser during Emmys week.

She wrote on Twitter, “Please print a list of all attendees please. The public has a right to know.” 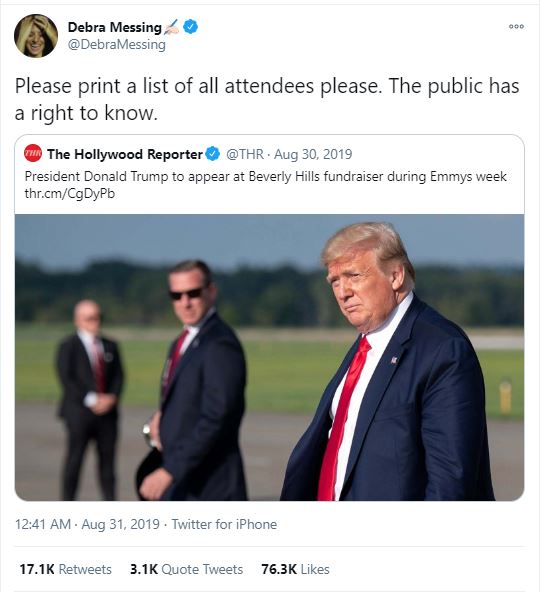 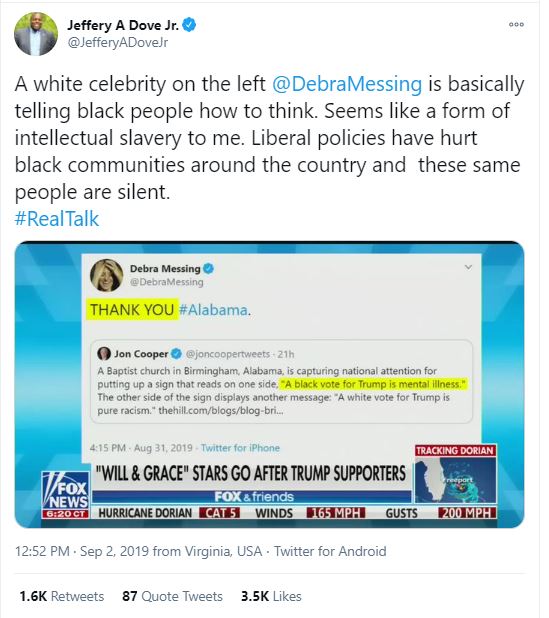 President Donald Trump would respond to Messing’s tweet writing on Twitter, “Bad ‘actress’ Debra The Mess Messing is in hot water. She wants to create a “Blacklist” of Trump supporters, & is being accused of McCarthyism.”

He added, “Is also being accused of being a Racist because of the terrible things she said about blacks and mental illness.” 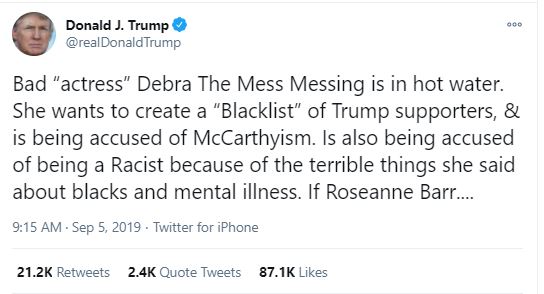 Trump followed that up in a subsequent tweet writing, “If Roseanne Barr said what she did, even being on a much higher rated show, she would have been thrown off television.” 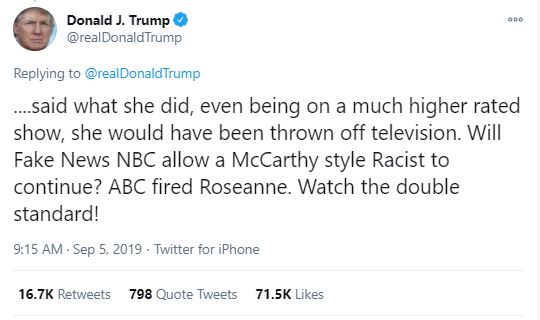