In a follow-up tweet he then attempted to make the response to the protest racial.

He wrote, “Just think of the carnage had they not been white.”

In a third tweet, the former Captain America actor wrote, “So many people enabled this.”

Evans is no stranger to making political statements on Twitter.

In October 2018, he was accused by The Blexit Foundation founder Candace Owens of expressing “racist sentiments” after he criticized Kanye West for wearing a Make America Great Again hat during an appearance on Saturday Night Live.

Not only did West wear the hat on Saturday Night Live, but he followed it up with a post on Twitter writing that the hat “represents good and America becoming whole again.”

He added, “We will no longer outsource to other countries. We build factories here in America and create jobs. We will provide jobs for all who are free from prisons as we abolish the 13th amendment. Message sent with love.” 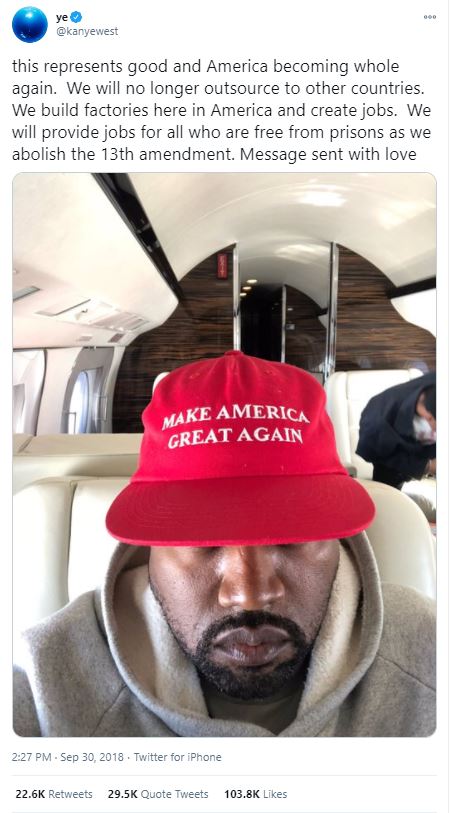 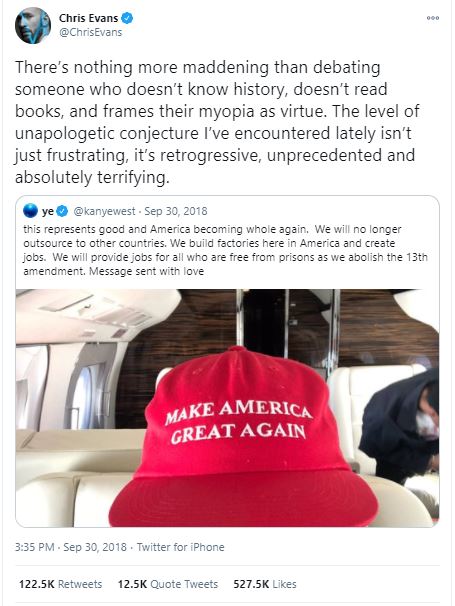 She wrote, “By the way, Chris Evans – since you seem to suggest that black people who don’t agree with you are ‘stupid’, I openly challenge you to a debate. Politicon is in a couple of weeks. Why don’t you put your racist sentiments on full display and debate a black conservative?” 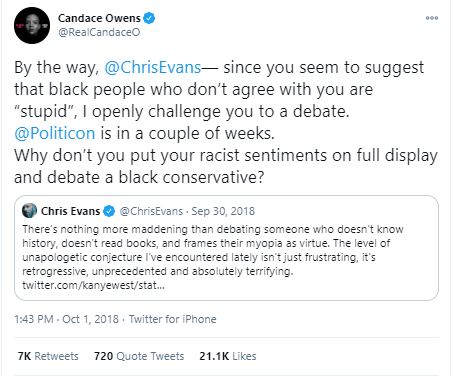 In October 2020, Chris Evans responded to a video of President Donald Trump addressing Americans and specifically senior citizens after he was able to beat Covid-19.

The President went on to state he hopes Americans are able to receive the same treatment he did at Walter Reed.

In response to this video, Evans attacked President Trump’s mental acumen and exposed his own inability to understand simple words stating, “His brain is a scribble.” 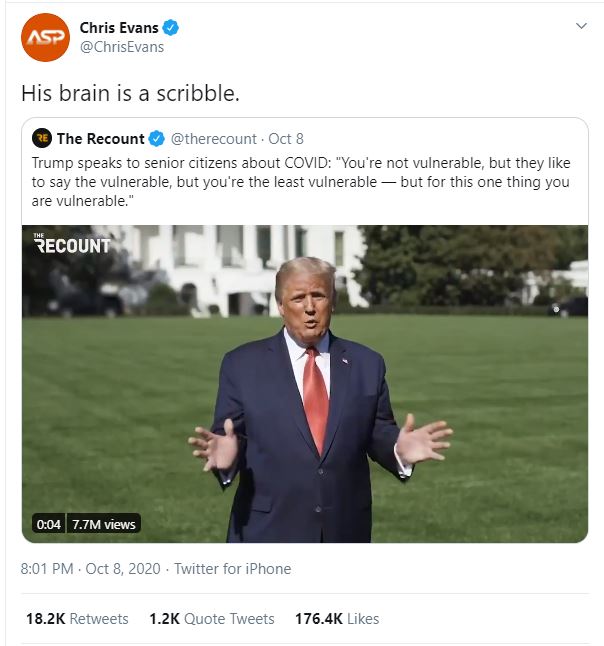 In August, Evans virtue signaled to his followers by attacking President Donald Trump over a typo on Twitter.

The President tweeted, “Disgraced and discredited Bob Mueller and his whole group of Angry Democrat Thugs spent over 30 hours with the White House Councel, only with my approval, for purposes of transparency. Anbody needing that much time when they know there is no Russian Collusion is just someone…” 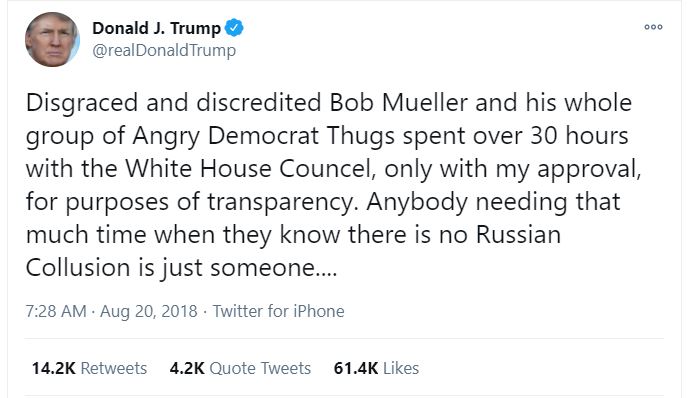 In response to the President misspelling the word ‘counsel,’ Evans called him “moronic,” compared him to Back to the Future villain Biff, and then claimed the President doesn’t read.

He wrote, “It’s ‘counsel’, Biff. The word is ‘counsel’. I was trying to comprehend how in the world a man, even as moronic as you, can misspell a word he probably reads fifty times a day. But then it dawned on me, you probably only HEAR the word.”

“You don’t read shit. And we all know it,” Evans added. 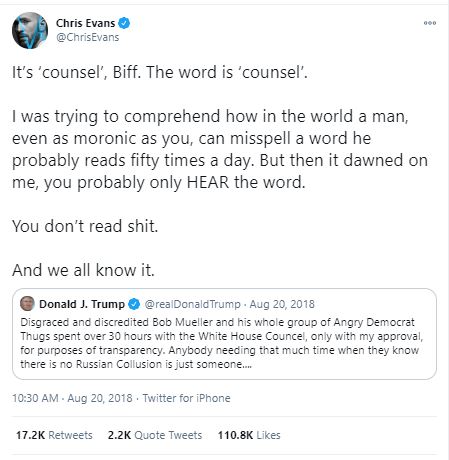 He wrote on Twitter, “Wow. [Mike Pence] is an obsequious little worm desperately trying to sanitize Trump’s lies. He has no shame. Keep tap dancing you fool. We all see you.”

Wow. @VP is an obsequious little worm desperately trying to sanitize Trump’s lies. He has no shame. Keep tap dancing you fool. We all see you. https://t.co/dk0MN5kf07

Chris Evans recently starred in Apple TV’s Defending Jacob as Andy Barber. He was also recently announced to take on the role of Buzz Lightyear in Disney and Pixar’s upcoming Lightyear film.

What do you make of Evans’ attempt to inject racial politics into the Donald Trump protest? Are you surprised by his actions?