YouTuber Arch, formerly Arch Warhammer, has had his channel deleted following his channel’s takeover by a malicious hacker. 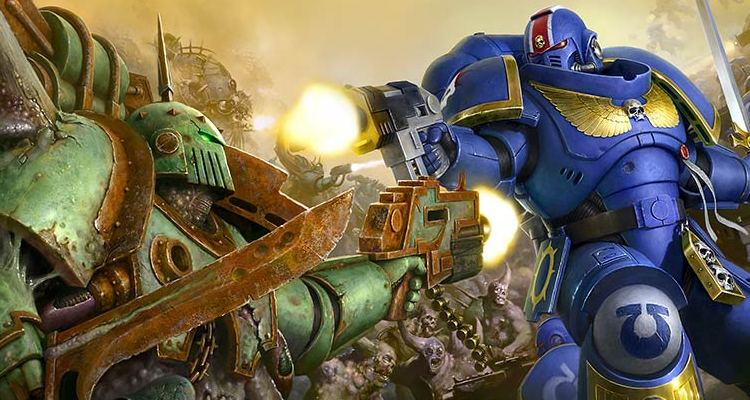 On January 6th, it was discovered by a number of users that Arch’s YouTube channel, which normally provides hours of primarily Warhammer 40K related content, had been taken over by a hacker.

Shortly after the takeover, as brought to widespread attention by Nerdrotic founder Gary Buechler, the hackers began to publish “bitcoin videos” on the channel, presumably in an effort to run a typical Bitcoin-impersonation scam by posing as Arch and tricking his followers into giving money to an unverified cryptocurrency wallet. 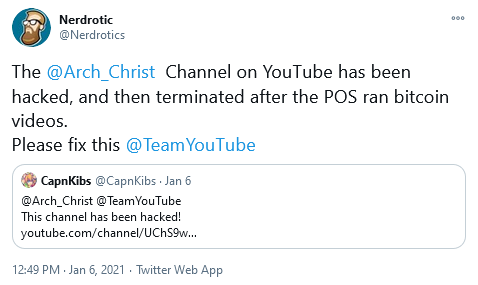 Shortly after Arch’s channel was terminated, the YouTuber took to Twitter to ask YouTube themselves for direct assistance.

“Hi, my account was just hacked under 1h ago please help!” wrote Arch.

“Sorry to hear you’re going through this,” replied Team YouTube. “We’ll send you a DM, watch out for that.”

Following this exchange, it appears that Arch had successfully made contact with YouTube and begun the process towards restoring his YouTube channel, telling his Twitter followers that he “did receive a msg from TeamYouTube and sent them the information.”

“I haven’t heard back yet but hopefully this will all start getting sorted out soon!” concluded Arch. “Thank you all again!”

As of writing, Arch’s channel has not yet been fully restored.

What do you make of Arch’s situation? Let us know your thoughts on social media or in the comments down below!