Cobra Kai, the critically-acclaimed continuation of the Karate Kid franchise, has come under fire for its “whiteness,” with many critics particularly upset that the martial arts-centric show does not feature an Asian lead. 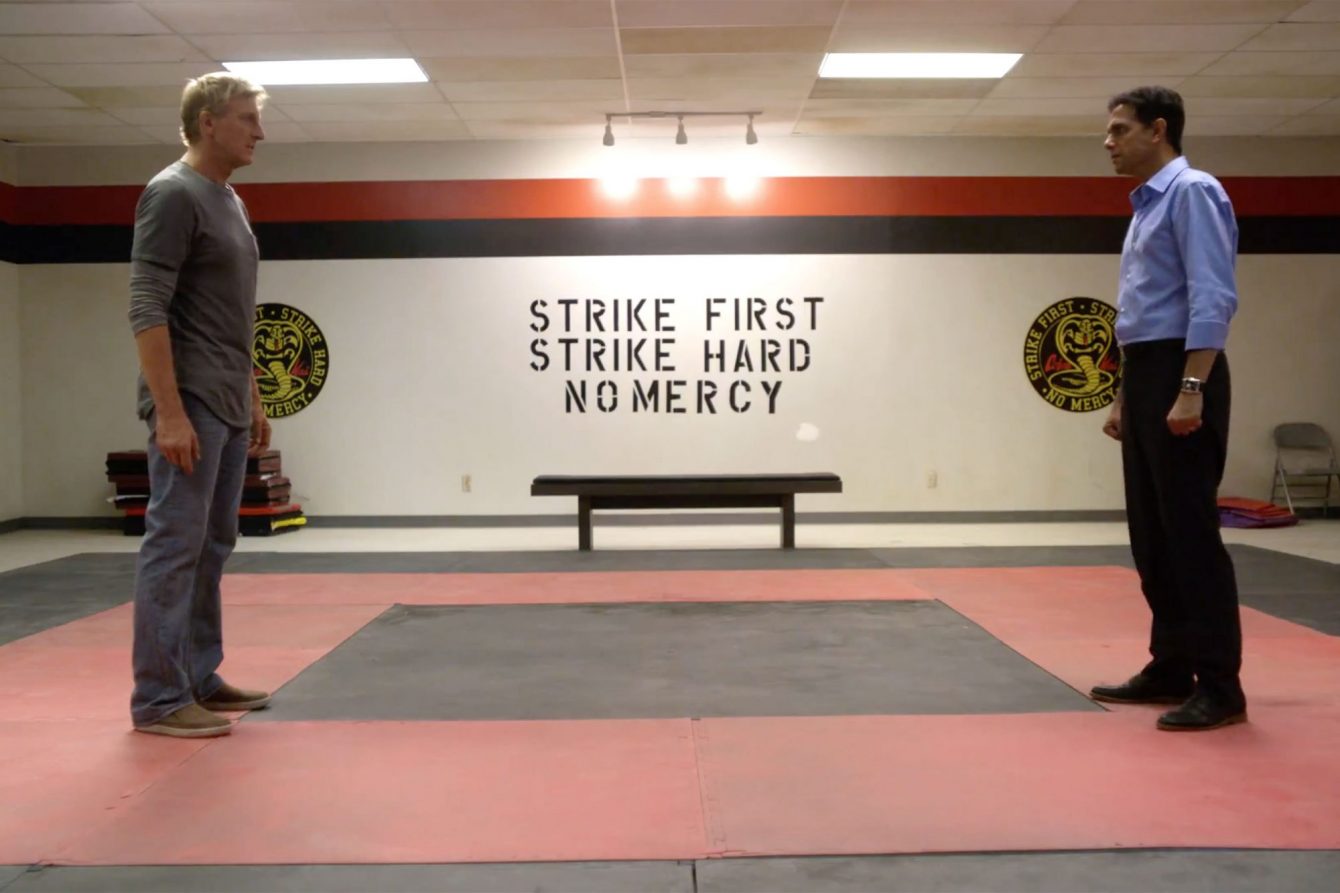 On January 8th, the Los Angeles Times published a Cobra Kai-centric piece titled” At Netflix, ‘Cobra Kai’ broke out. Now its whiteness is under a new spotlight,” which featured an exploration of the show’s success and its effect on numerous members of the show’s cast and crew as written by staff writer Jen Yamato.

Though the piece begins as a typical retrospective, discussing the creative process behind the show, recalling its move from YouTube to Netflix, and featuring interviews from stars Ralph Macchio (Daniel LaRusso) and Billy Zabka (Johnny Lawrence), author Jen Yamato soon turns her attention to “the fact that there are now three white men at the center of “Cobra Kai,” a franchise rooted in and deeply indebted to Eastern tradition” and how “after 30 episodes on two platforms, ‘Cobra Kai’ has yet to cast an Asian lead.” 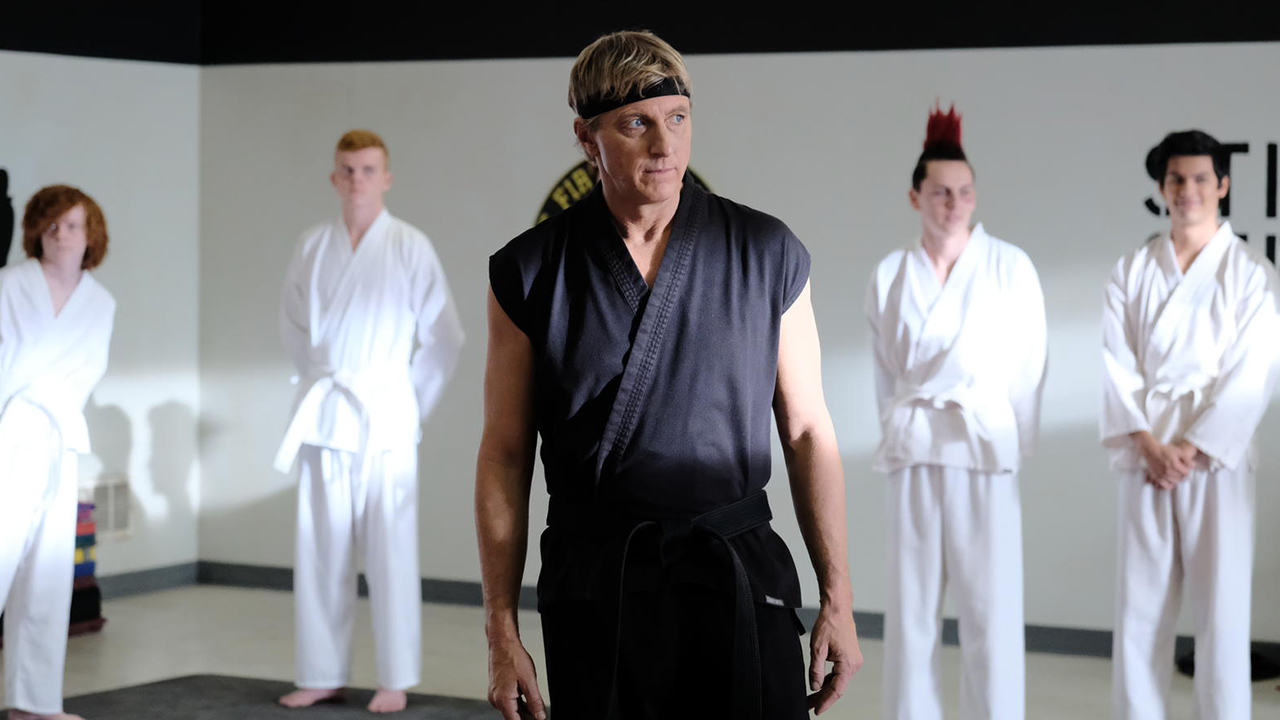 Yamato then cited a number of critics who shared a similar dissatisfaction with the show’s lack of diverse casting.

“Except for the Latino character of Miguel all the other people of color are outside of that main cast,” read a quote from Ana-Christina Ramón, co-author of UCLA’s annual Hollywood Diversity Report. “So it actually doesn’t show as a diverse show in a sense.”

Yamato also quotes writer and podcaster Jeff Yang, who shared his wish “to see them do is to go beyond this suburban idyllic space, this white pocket dimension, more deeply. What if they actually did encounter people who embraced martial arts not just to overcome bullying, but because it’s part of a larger tradition that exists within people of color communities?”

Vanity Fair’s Sonia Saraiya, according to her article on “The Karate Kid, Cobra Kai, and the Odd Legacy of Mr. Miyagi,” found it “dispiriting” that “Danny LaRusso, Italian kid from Jersey, is the most Japanese character on this show.” 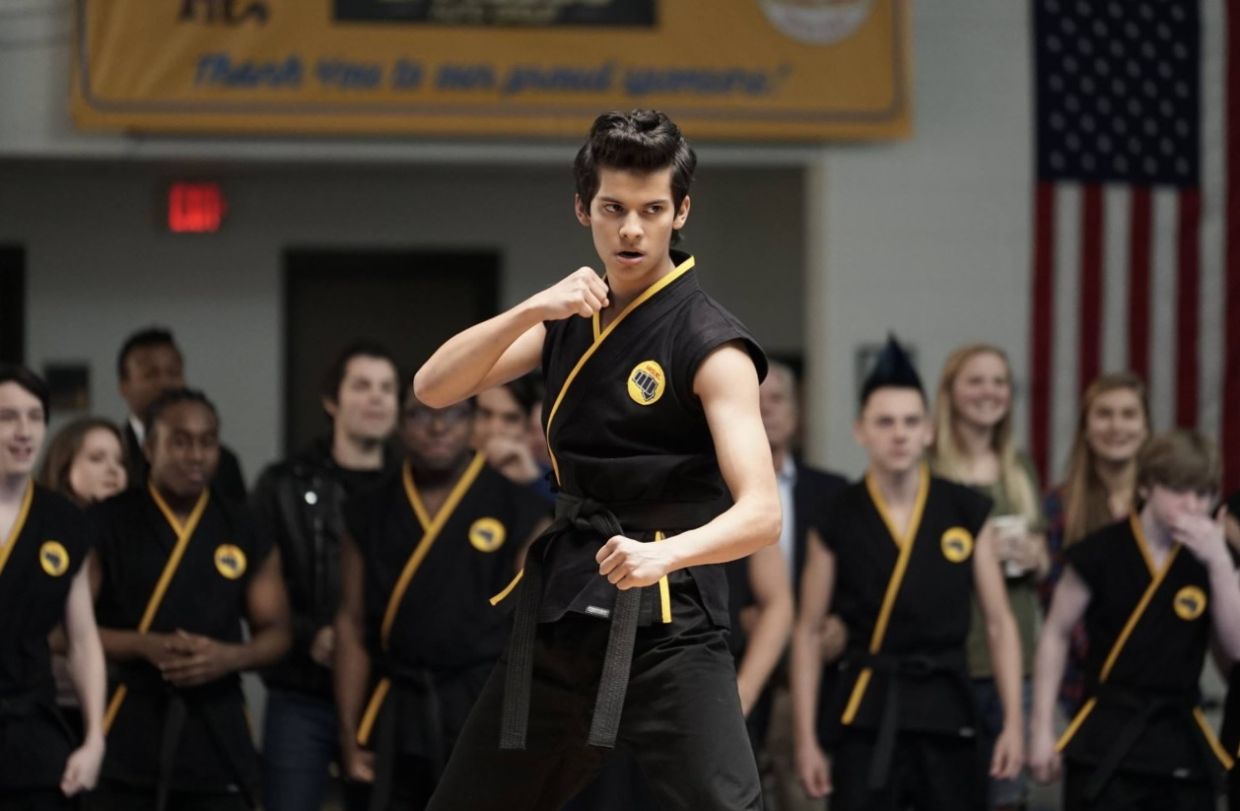 In response to these criticisms, series creators Jon Hurwitz, Hayden Schlossberg and Josh Heald, told Yamato that they were “well aware of the criticisms.”

“Having made ‘Harold & Kumar Go to White Castle’ we’ve been particularly sensitive to Asian American representation in movies and television,” said Schlossberg. 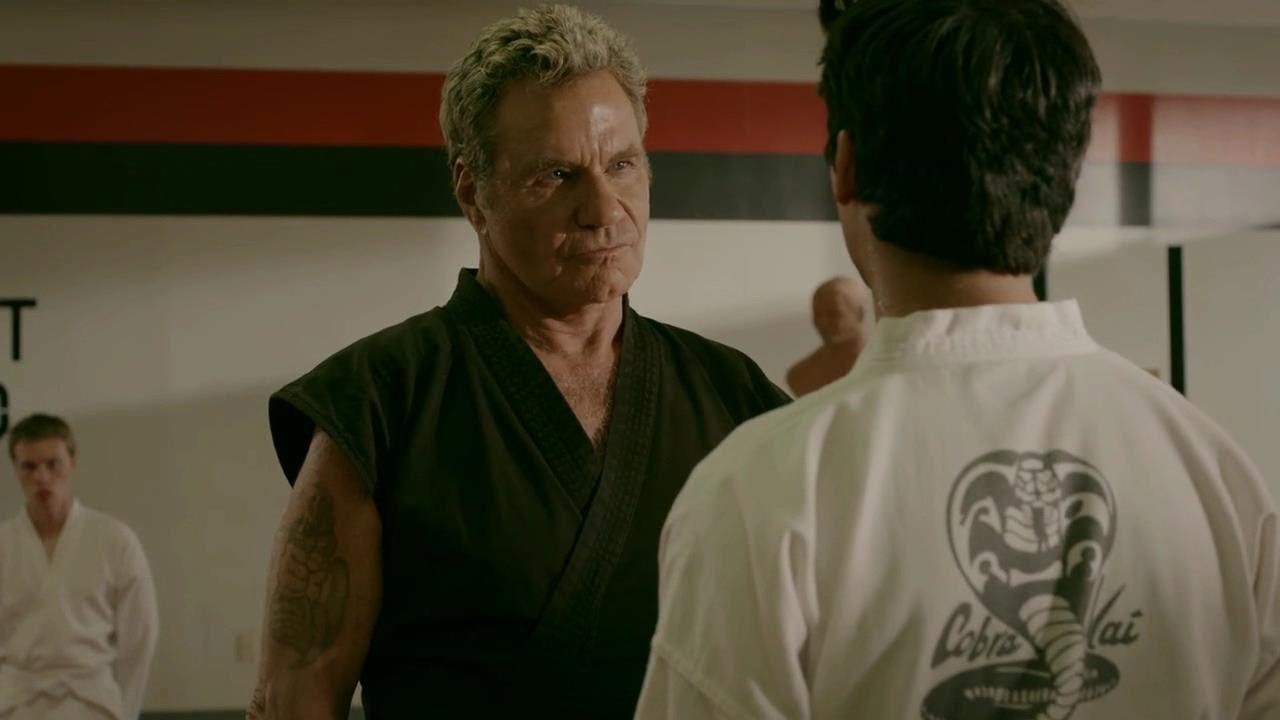 According to Yamato, “While there are no writers of Asian descent on the “Cobra Kai” writing staff, the trio emphasized that when it comes to elements such as Gōjū-ryū karate, on which the Miyagi-Do style is based, and certain Japanese cultural details, they have leaned on actors like Tomita, Okumoto, stunt coordinator Hiro Koda and original “Karate Kid” screenwriter Robert Mark Kamen for guidance.”

Heald added that the team “would have loved if there was a Miyagi son or daughter that was floating around in the lineage and the canon of the movie to play with,” but noted that they declined to do so out of respect for canon, as they “inherited the story that felt like the natural continuation, where for better or worse you are dealing with Johnny and Daniel as your protagonists.” 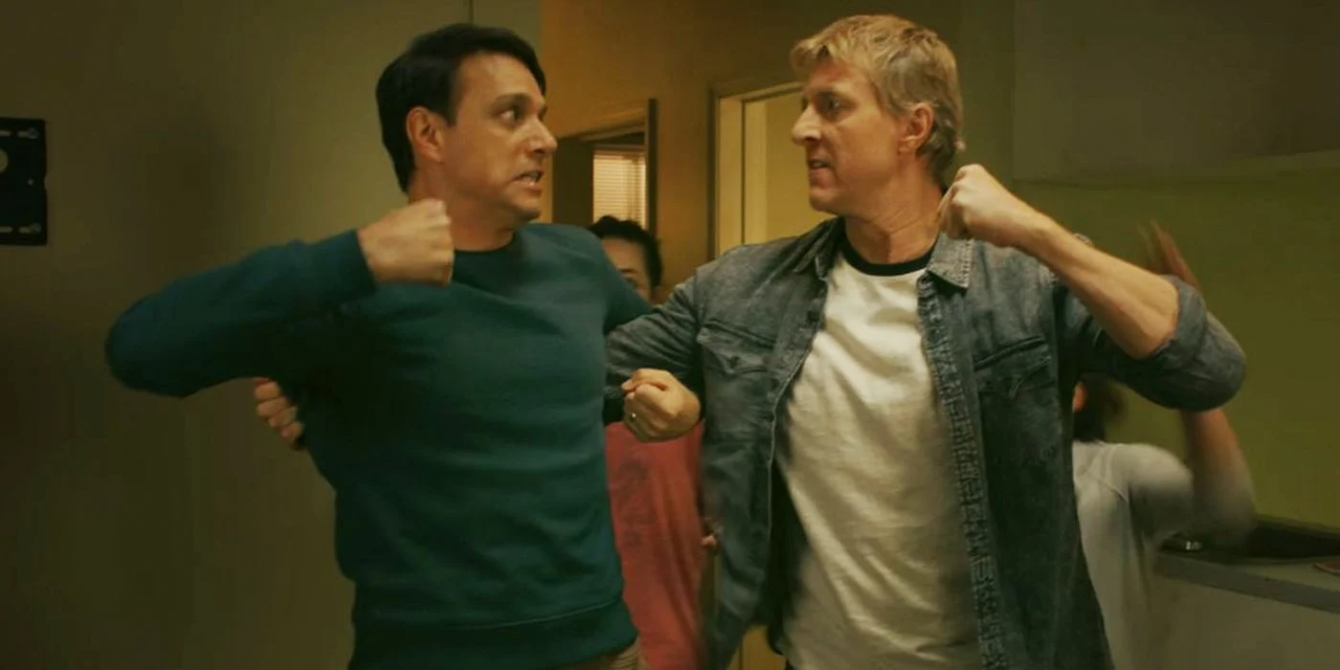 Speaking directly to the criticisms of the show’s casting, Schlossberg pointed out that the pool of actors available in Atlanta, GA, where the series is filmed, limited their ability to accurately reflect the diversity of Cobra Kai’s Los Angeles setting.

“When it comes to background casting, we are limited [in] making a high school on our show look exactly like a high school would look in Reseda,” said Schlossberg. 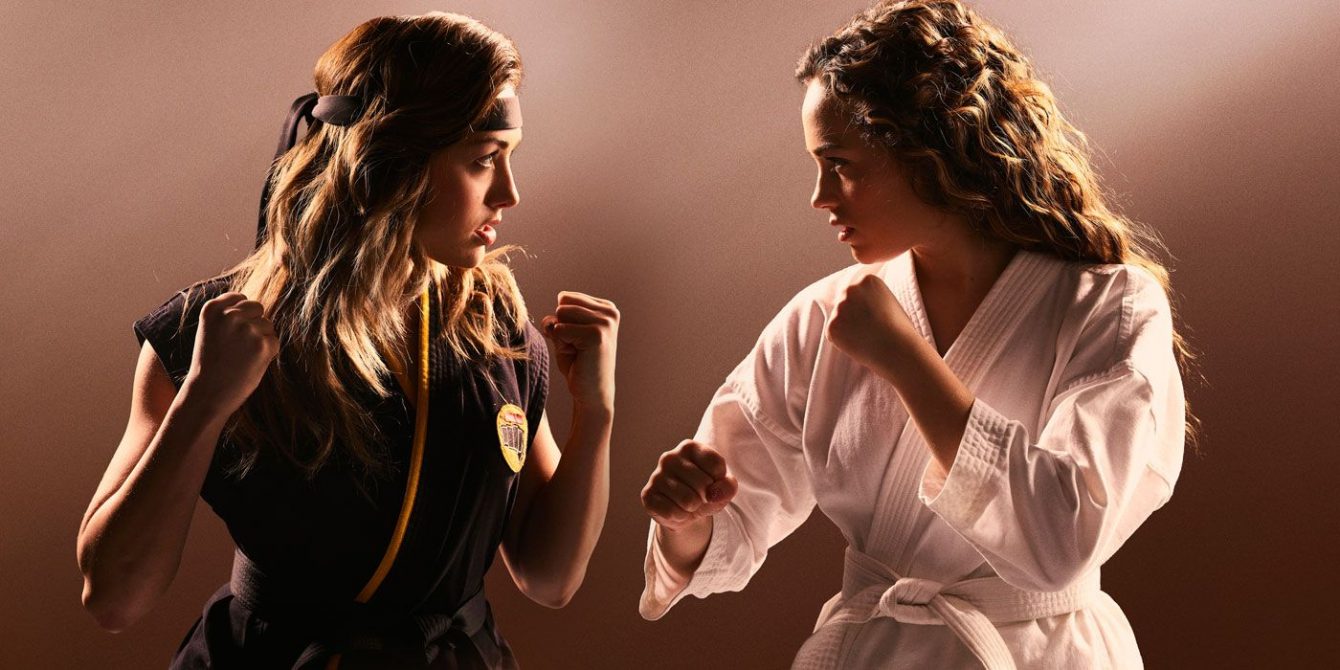 In closing, the team told Yamato that the introduction of an Asian character “is definitely something that is in our plans going forward,” teasing that “any character who has appeared in the ‘Karate Kid’ universe has the potential to return.”

“Each season as we’re writing, we’re looking for new underdog stories and new characters to populate the universe,” said Heald. “We always have our eye towards representing today’s society as richly and as accurately as possible.” 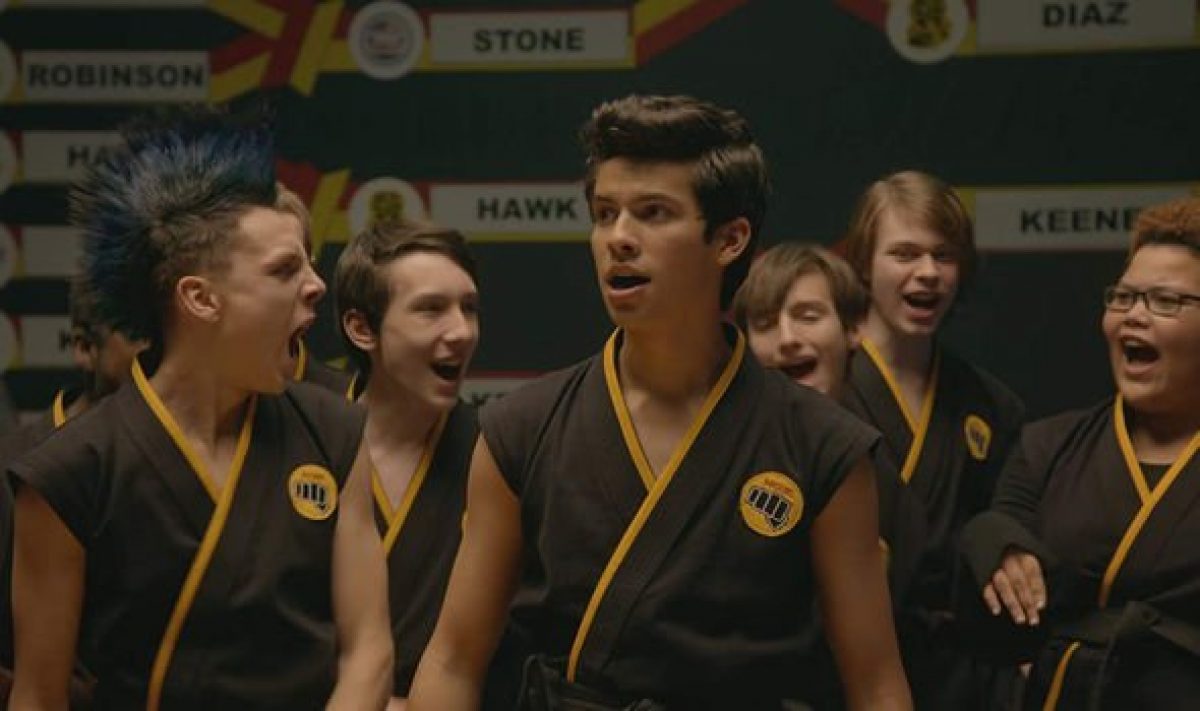 YouTuber Yellow Flash commented on the LA Times piece saying, “You’ve got body diversity, all kinds of people from different backgrounds on this show and they are all very well developed. Nobody cares. But it’s never enough. You can have body diversity, diversity in itself, well drawn out female characters like his wife and his daughter that stand on equal ground with all the other characters. But that doesn’t matter.”

He would later add, “It’s funny to me that this article doesn’t realize how racist it is.”

The third season of Cobra Kai is now available to stream on Netflix.

What do you make of the criticisms of the show’s whiteness? Let us know your thoughts on social media or in the comments down below!