Rogen, who is the executive producer on Amazon’s The Boys, previously declared he would discriminate against white people back in August.

In an interview with Entertainment Weekly’s Leah Greenblatt, Rogen is asked about his thoughts on the current American sociopolitical climate after “witnessing the social and political upheaval of the last few months.” 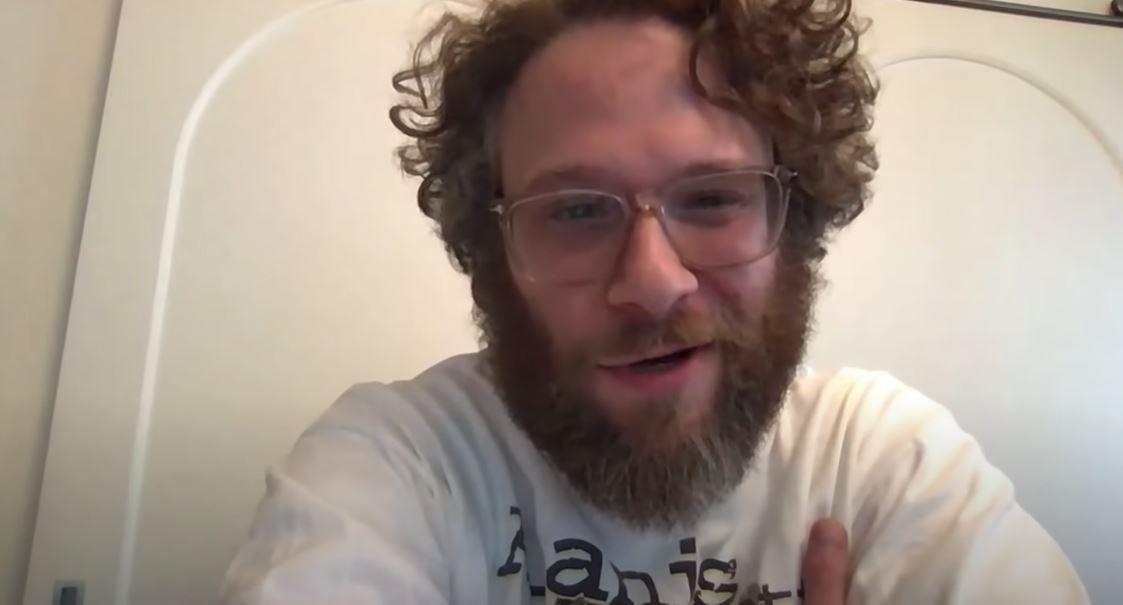 He replied, “For a long time I think I was alleviating myself from some of the responsibility that one who is making a living off the American system should be feeling, you know? Like ‘I’m Canadian! I just come here to work and make comedies!'” 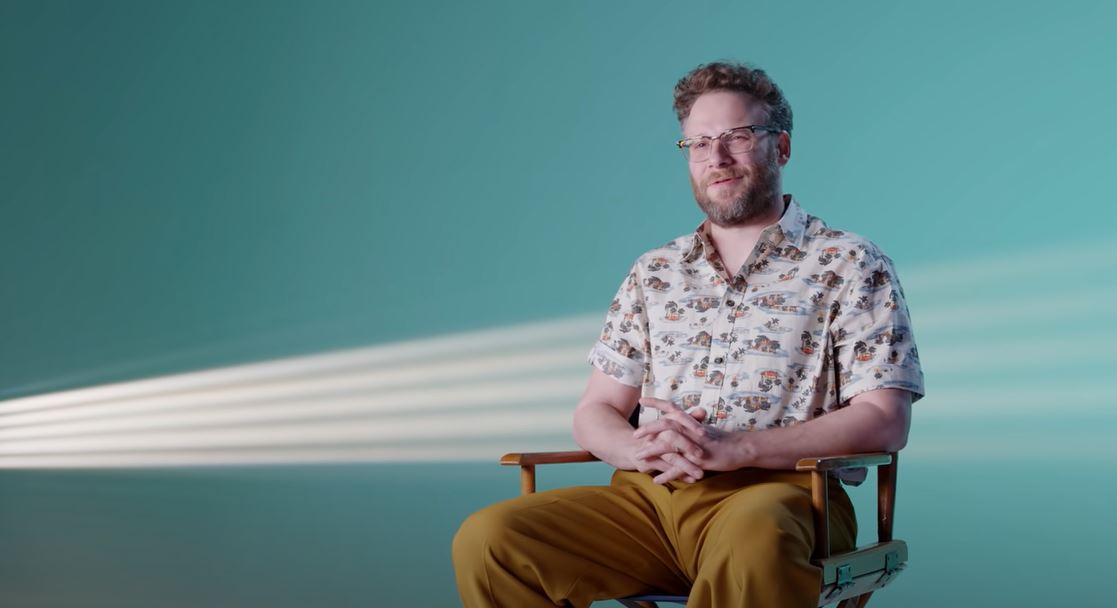 Greenblatt would then ask him about what his role in Hollywood in regards to diversity should be. The actor bluntly replied, “I mean personally, I think I am just actively trying to make less things starring white people.”

He added, “And if I’m succeeding or I’m not, I’m very much looking to have a far more diverse group of writers and directors and actors that we generally work with, because that group is not incredibly diverse, you know?”

“So that’s how I’ve been trying to deal with it, is just to actively take as they would say, anti-racist measures to assure that some work is doing done to acknowledge that Black people are very marginalized in American society,” he concluded. 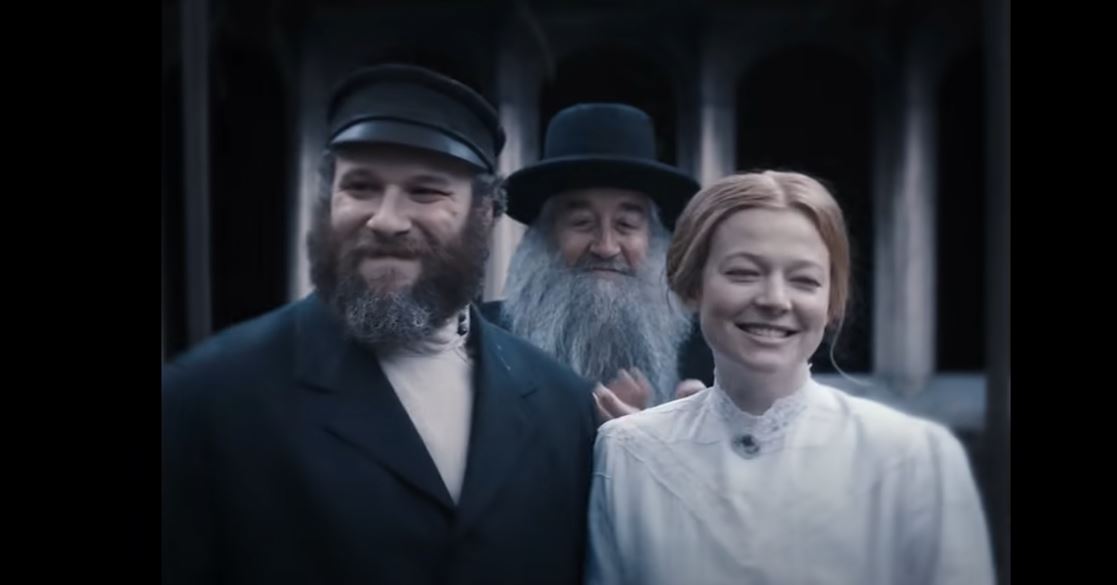 Now, the actor and producer has attacked Senator Ted Cruz after the politician criticized President Joe Biden’s announcement that the United States would rejoin the Paris Climate Agreement.

Cruz wrote on Twitter, “By rejoining the Paris Climate Agreement, President Biden indicates he’s more interested n the views of the citizens of Paris than in the jobs of the citizens of Pittsburgh. This agreement will do little to affect the climate and will harm the livelihoods of Americans.” 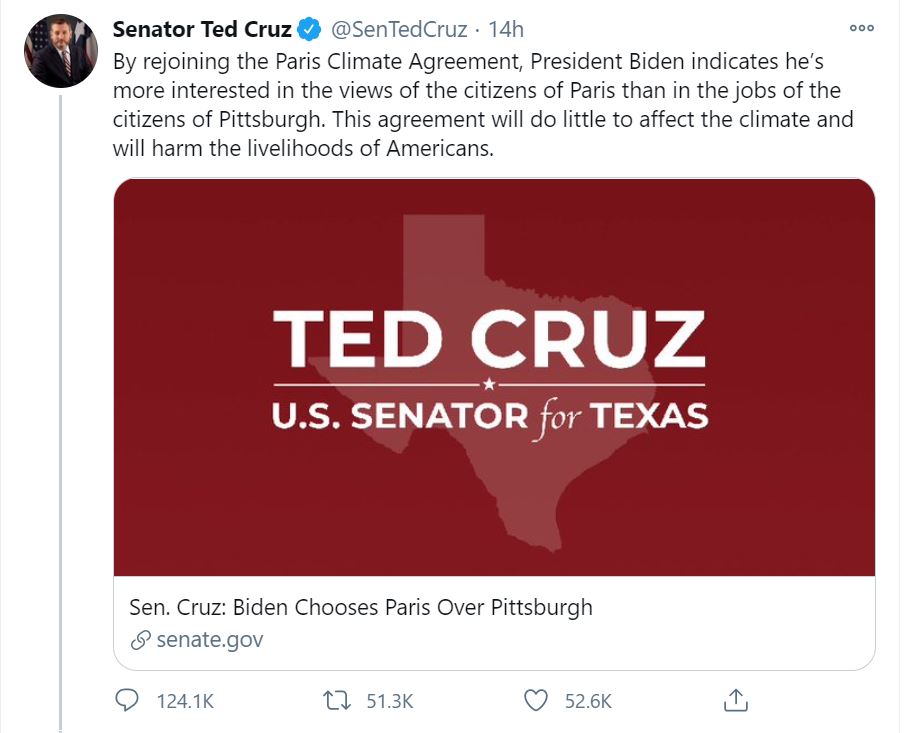 In response to this policy disagreement between President Joe Biden and Ted Cruz, Rogen called Cruz a “fascist.”

Cruz would reply sharing a screenshot of Rogen’s initial attack before writing, “Charming, civil, educated response. Seth Rogen. If you’re a rich, angry Hollywood celebrity, today’s Dems are the party for you. If you’re a blue-collar, if you’re a union member, if you work in energy or manufacturing…not so much. #JobsMatter.”

Rogen would reply doubling down on his previous attack and taking it a step further by accusing Cruz of encouraging insurrection.

Rogen would continue to attack Cruz even dragging the Senator’s wife into it.

He wrote, “If you’re a white supremacist fascist who doesn’t find it offensive when someone calls your wife ugly, Ted Cruz is the exact motherf***er for you.” 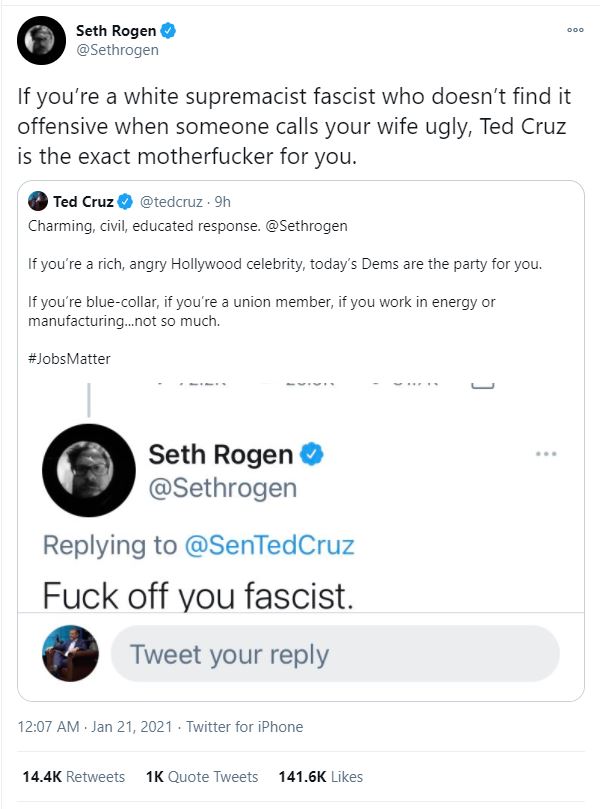 Rogen would then add, “Also I’m in four unions.”

Rogen would not be the only one to attack Cruz. Following the Invincible voice actor’s lead, Disney director James Mangold, who is currently helming Indiana Jones 5, also went after Cruz.

In response to Rogen he accused Cruz of being an insurrectionist and wrote, “Here’s Ted’s Gods. Very blue collar. Very Union. #Insurrectionist.” 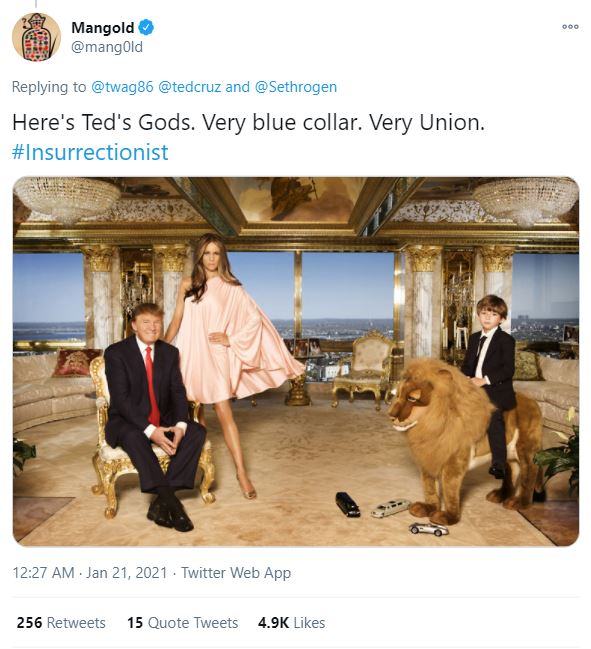 Mangold would double down on his accusations in a follow-up tweet.

He wrote, “The new schtick IS the old schtick. Pic is from today BTW. #Insurrectionist.” 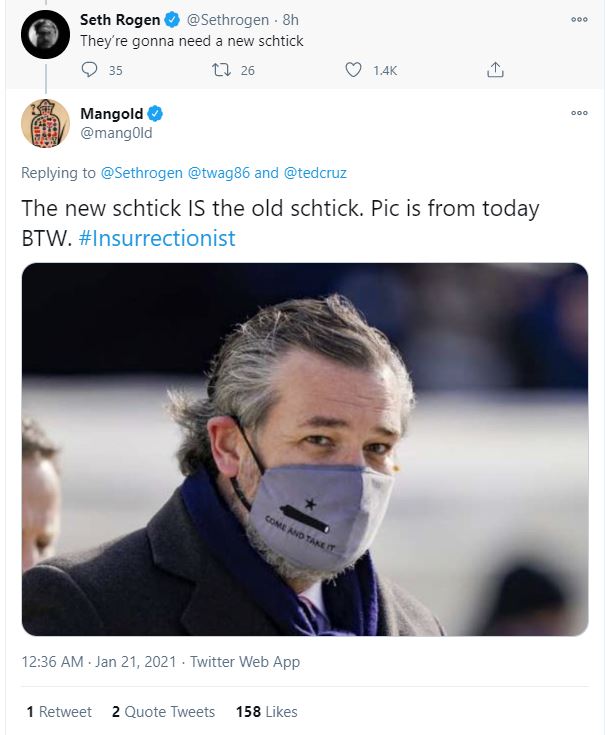 Super Troopers director Jay Chandrasekhar would also get in on the act.

He wrote, “Sen. Cruz, Trump is in the Screen Actors Guild. He is an actor. Steven Bannon directed several films. Mnuchin financed X-Men. Steven Miller is from Santa Monica! The Republican party has gone full show biz. So, save it, fake-Texan.” 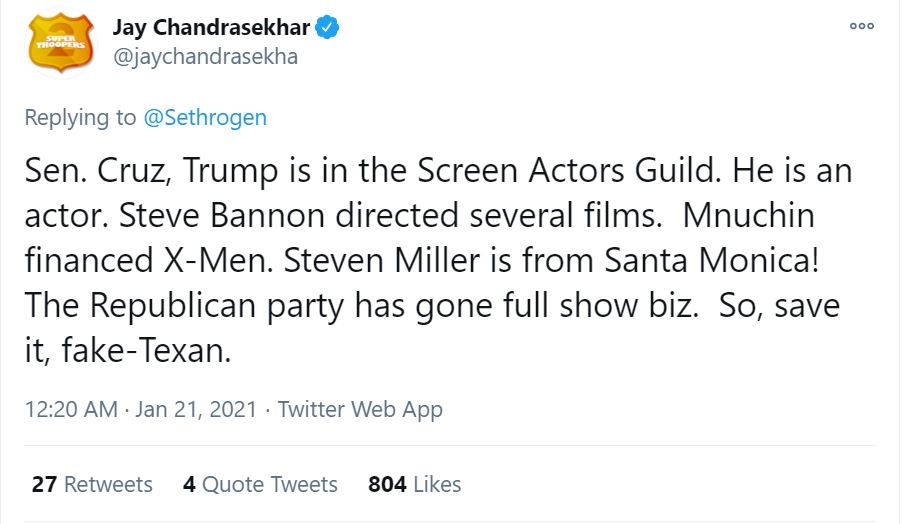 What do you make of Seth Rogen’s attacks against Ted Cruz?