The Last Jedi director Rian Johnson reportedly confirmed he’s still working on his Star Wars trilogy that was announced all the way back in 2017.

Back in November 2017 before The Last Jedi released, Star Wars announced Johnson would create a new Star Wars trilogy that would “introduce new characters from a corner of the galaxy that Star Wars lore has never before explored.”

There has been no movement whatsoever on this film for over four years. But Johnson reportedly is still claiming the trilogy is in development.

Sariah Wilson recently did an interview with the director and reported on Twitter, “I’m just going to post this now because I can see that I’m going to get a lot of requests – Yes, Rian’s SW trilogy is still on. No dates or timelines because he has other projects going on, but it is happening. THAT IS ALL I KNOW ABOUT IT.” 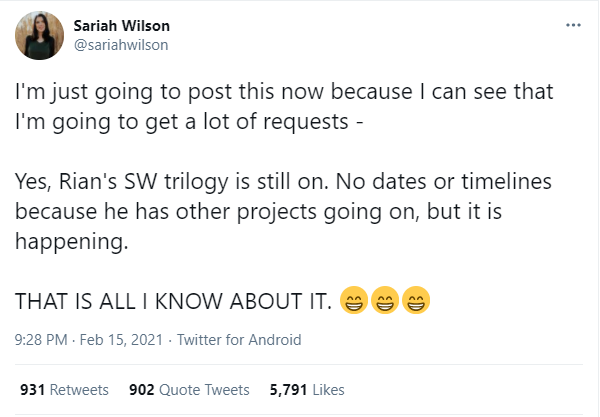 If Disney and Lucasfilm are still working on Johnson’s trilogy it might be one of the most idiotic mistakes in Hollywood history. The Last Jedi was an abysmal failure from a purely storytelling standpoint let alone how it completely destroyed basic rules of Star Wars such as hyperspace and the Force.

But maybe the film’s biggest crime is how it treated Luke Skywalker as an angry hermit who has cut himself off from the Force, abandoned the galaxy, and even contemplated murdering his nephew.

What an utterly moronic move, but again Disney and Lucasfilm appear to be full of morons as they are consistently part of The Daily Stupid.

The weirdo wrote on Twitter, “Racists are mad about a Queen of England being portrayed by a beautiful, talented Black actor in a historical drama.”

They then questioned, “Why is whiteness so fragile?” 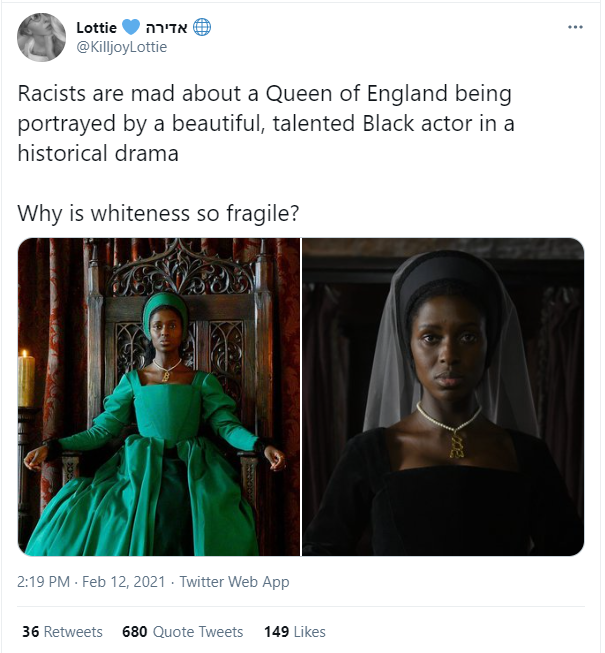 It might have something to do with the fact that Anne Boleyn was white and the show is selling itself as a historical drama. You’d think they might want to get that part of history right?

But this is Hollywood and their motto as showcased in The Last Jedi is “Let the past die, kill it if you have to.” This is certainly killing the past.

YouTuber MechaRandom also had a great response, “No, racists swapped out a historical figure so they could chop off a black woman’s head, but if you really get off on stories about abused black women, that’s on you.” 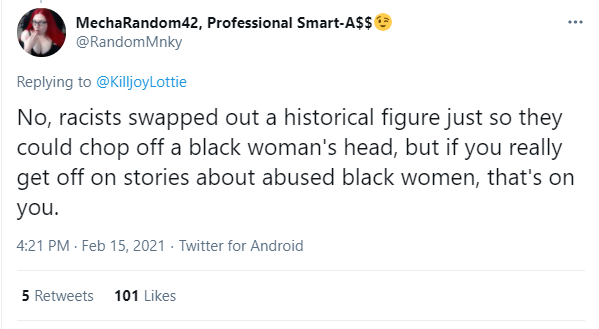 KillJoyLottie, welcome to The Daily Stupid. You are a complete and utter moron.

This might be the most idiotic take of the day. It’s hard given you are going up against Disney still working with Johnson for his Star Wars trilogy.

Nevertheless, GameSpot claimed that “Gina Carano was fired from The Mandalorian for the same reason most people get fired: she was a bad employee.” 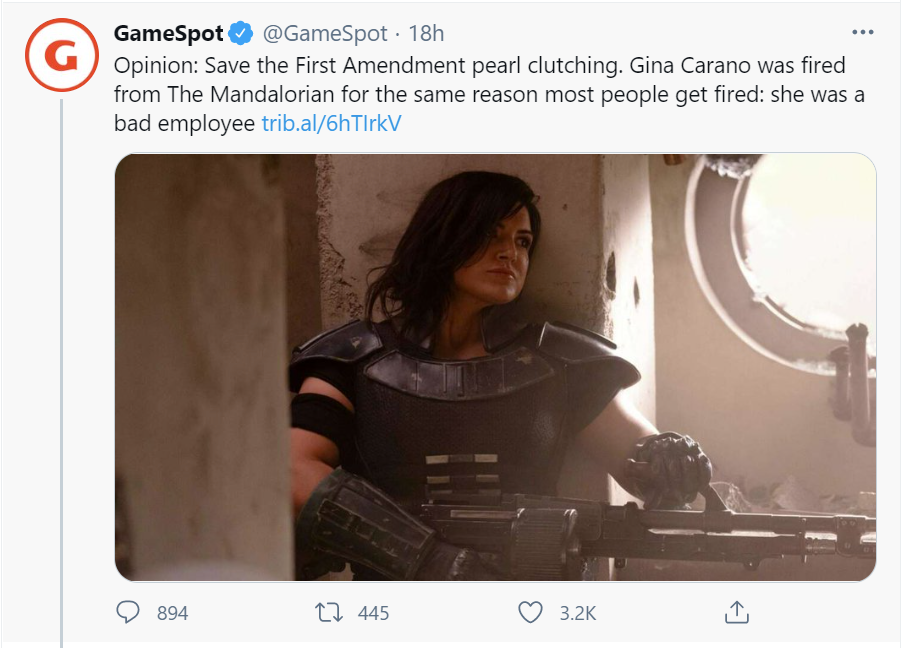 To even write this, proves you are a moron. There isn’t really much to be said other than if anyone actually believes this you might be even more of a moron than Mason Downey who wrote it. The reason being is that Disney still employs people who have said way more hateful things.

One of their producers even wished that kids be shoved into a woodchipper head first. 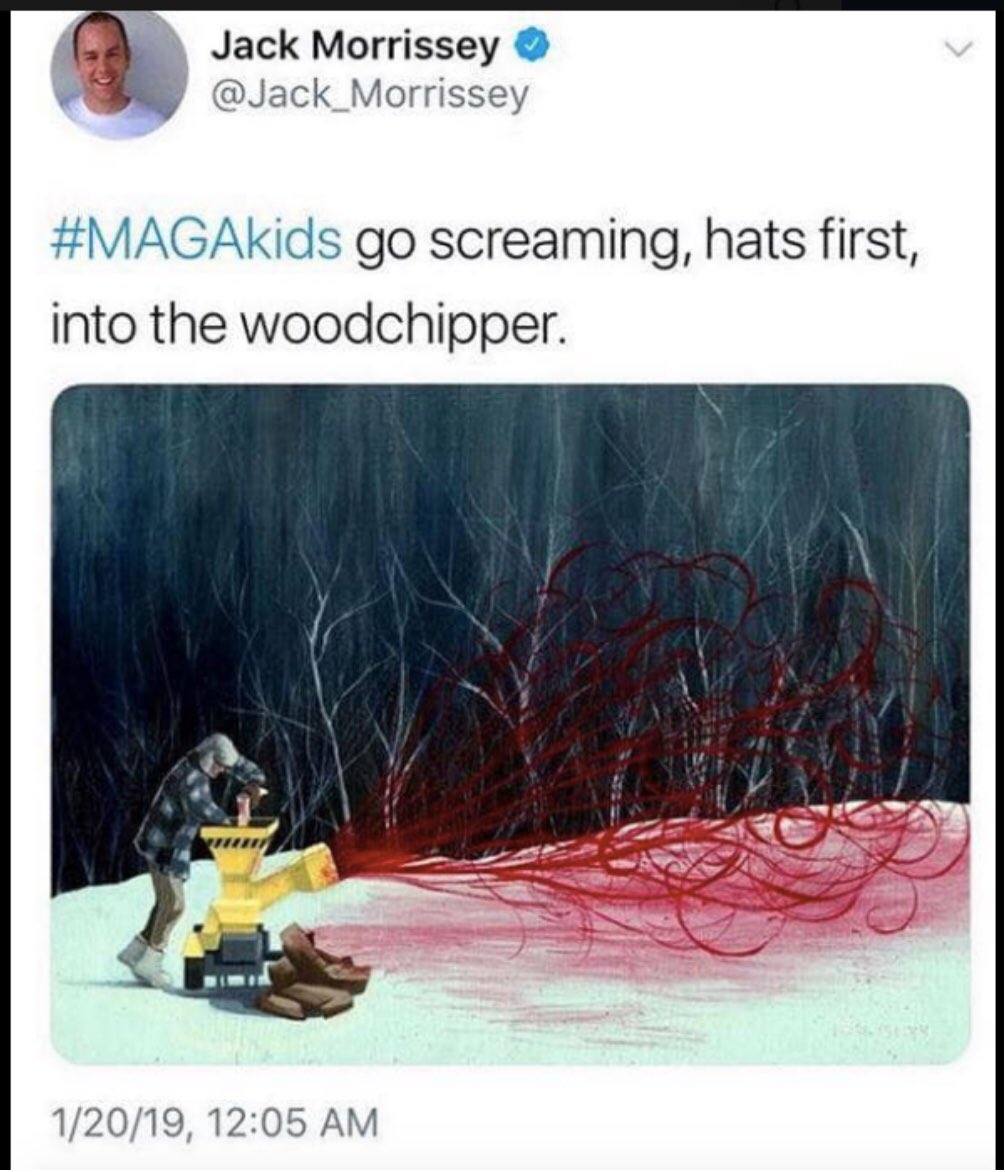 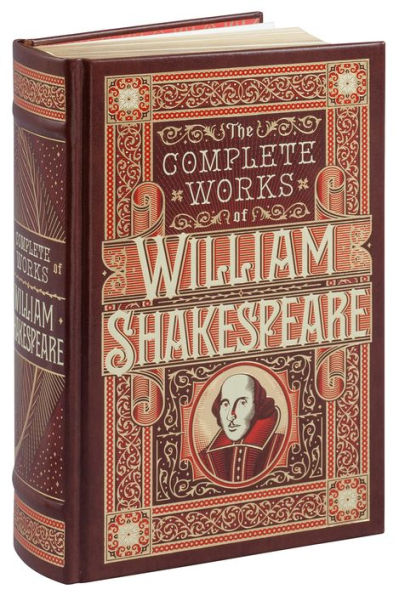 English teachers across the United States are cancelling Shakespeare.

In an article in the School Library Journal, Amanda McGregor declares “Shakespeare’s works are full of problematic, outdated ideas, with plenty of misogyny, racism, homophobia, classism, anti-Semitism, and misogynoir.”

She goes on to document how English teachers across the United States are cancelling Shakespeare. 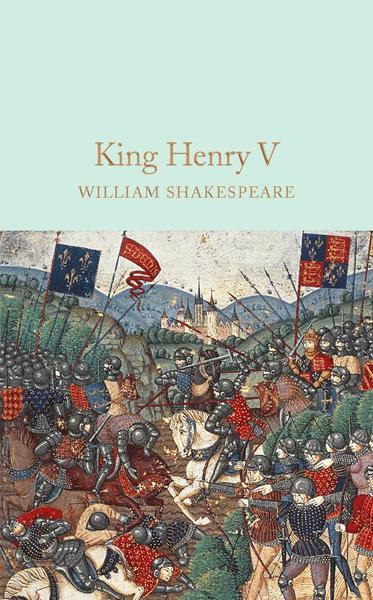 One such teacher is Claire Bruncke who completely removed Shakespeare after her principal said there was no requirement for the famed British author. According to McGregor, she replaced Shakespeare with “writing labs and reading anthologies and novels not typically found in the canon.”

Liz Matthews also completely ditched Shakespeare. She stated, “I replaced Romeo and Juliet with The House on Mango Street by Sandra Cisneros last year and Long Way Down by Jason Reynolds this year.”

Matthews added, “Simply put, the authors and characters of the two new[er] books look and sound like my students, and they can make realistic connections. Representation matters.” 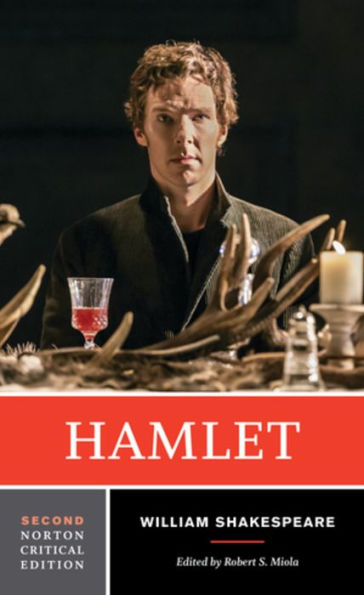 Remember what I said about “Let the past die, Kill it if you have to.” It’s happening in public schools across the country too. It’s absolutely moronic. And these teachers are depriving their students of one of the greatest playwrights and writers to ever live.

Welcome to The Daily Stupid Amanda McGregor, the School Library Journal, and all the English teachers who are cancelling Shakespeare. 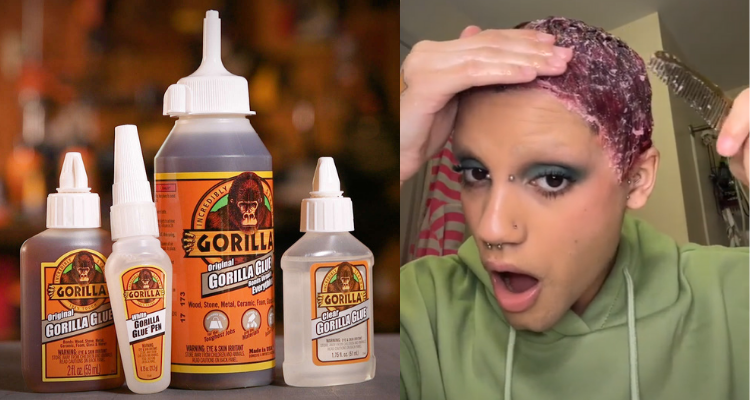 The New York Post reports Avani posted to TikTok saying, “I don’t know what to do. This was an accident. I didn’t mean to put Gorilla Glue in my hair.” I’m not sure how you put that much Gorilla Glue in your hair on accident. 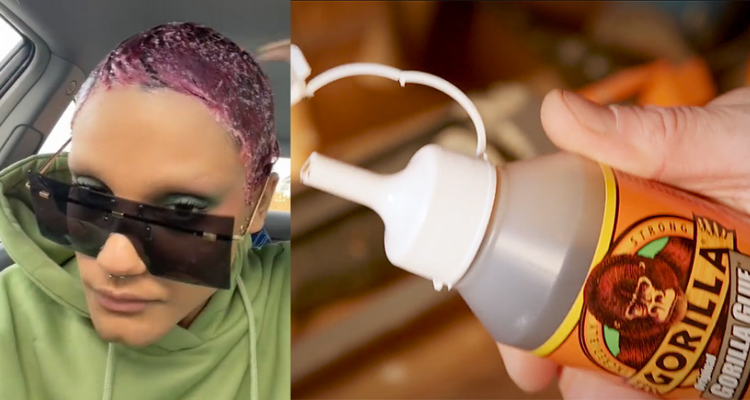 In a separate post she stated, “I’m on my way to the hospital right now. I need to go to the hospital so they can remove this Gorilla Glue. I have no idea what to do. I tried washing it and it doesn’t come off.”

Whether or not Reyes is pulling a prank or being serious, this person is an idiot.