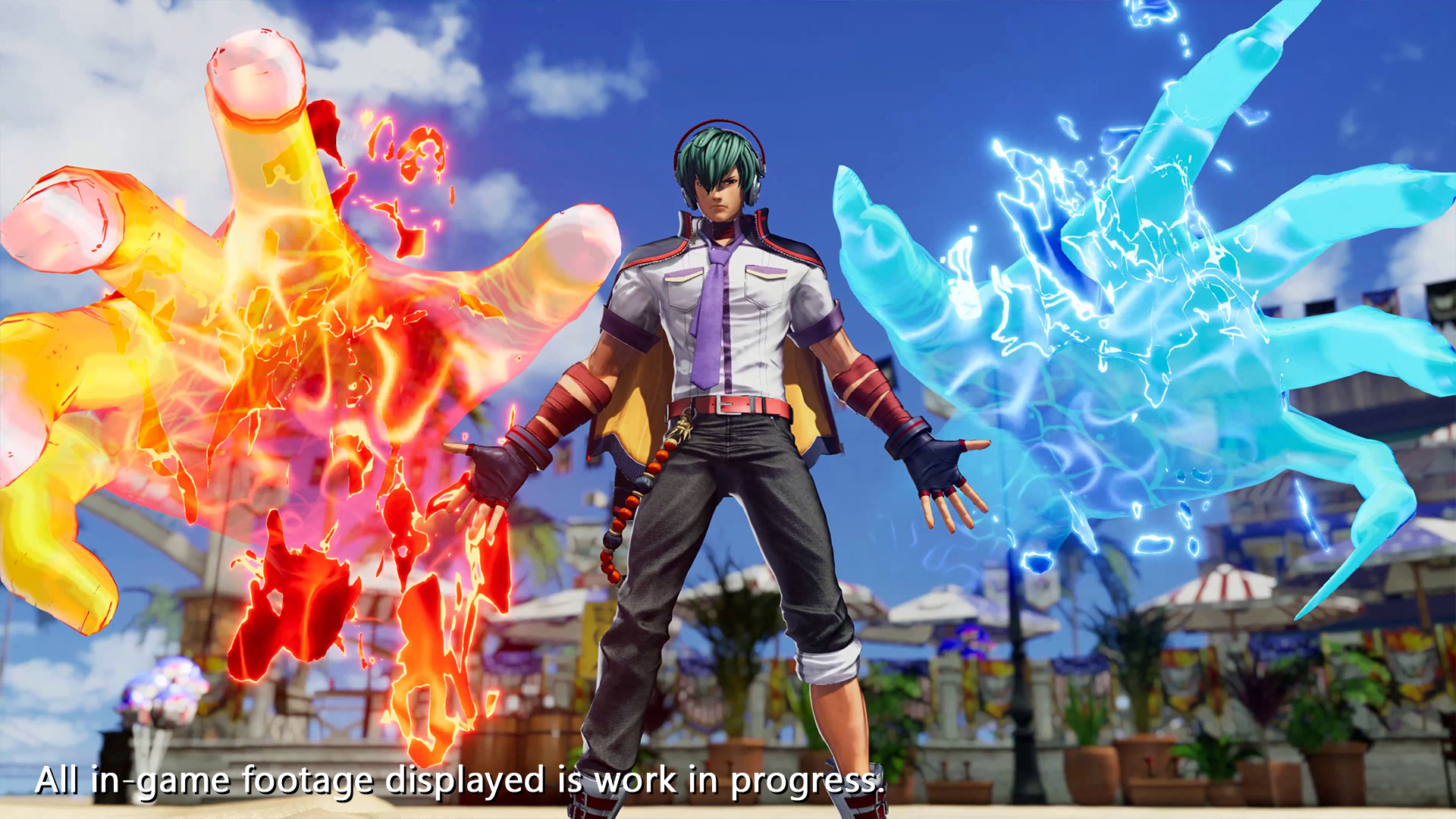 The new team is called the The Sacred Treasures and features Chizuru Kagura, Kyo Kusanagi, and Iori Yagami.

Not only did they reveal the new team, but in a press release they also revealed their backstories.

In a press release, they revealed that Kagura is “descendant of the Yata clan, one of three powerful clans entrusted with the Sacred Treasures capable of sealing away ‘Gaia’s Will,’ otherwise known as Orochi.”

As for her fighting style it “resembles traditional Japanese dancing, while her access to the Kagura Style of Ancient Martial Arts allows her to seal away her opponent’s abilities.”

In order to form The Sacred Treasures team, Kagura “convinces heirs of the other two clans, Kyo Kusanagi and Iori Yagami, to once again join forces and enter the latest KOF in the hopes of revealing the powers behind the appearance of the being known as Verse and the weakening of the seal on Orochi.”

One of Kagura’s partners on Team Sacred Treasures is Kyo Kusanagi. He is “the heir to the Kusanagi clan and successor of the Kusanagi Style of Ancient Martial Arts.”

As one of the three clans with a Sacred Treasure, Kusanagi has a cleansing flame that resides within his blood.

His biggest rival is Iori Yagami, but the two put aside their differences to “team up once again for this latest KOF to hopefully prevent Orochi from resurrecting.”

The last character revealed as part of Team Sacred Treasures is Iori Yagami.

As a descendant of of the Yagami clan, Iori “has access to abilities that allow him to tear apart his foes, and powerful amethyst flames granted by his knowledge of the Yagami Style of Ancient Martial Arts.”

Interestingly enough, “his ancestors signed a blood-pact with Orochi 660 years ago, sparking a feud with the Kusanagi clan. Despite this, he decides to up-hold his duties as a member of the original sacred clans and joins KOF.”

King of Fighters XV was announced back in December 2020 with a teaser trailer where producer Yasuyuki Oda and Creative Director Eisuke Ogura revealing the release date and a short teaser for the game.

In the teaser video they revealed that Shun’ei is the “bona fide protagonist” for King of Fighters XV. They also revealed “the way teams are composed will differ greatly from XIV.”

Ogura described the game as “our most ambitious KOF yet!” He added, “We’re reallyproud of what we have so please look forward to it!”

You can see the full announcement trailer that was released in January below. They do plan on shipping the game in 2021 although an official release date has not been announced.

The King of Fighters franchise has been around since 1994 and features iconic 3 on 3 team battles with different stories and endings for each team. That tradition continues with King of Fighters XV.

Are you looking forward to King of Fighters XV?