Two days after Disney CEO Bob Chapek touted his optimism about the company’s future, The Walt Disney Company announced they are shutting down at least 60 Disney Stories throughout North America.

Disney CEO Bob Chapek  appeared at the Morgan Stanley Technology, Media, and Telecommunications Conference where he participated in a question and answer session.

In that session Chapek was asked, “When you step back and sort of think about where the company is today compared to when you took the job a year ago, how would you size it up for us when you look from here?”

The CEO responded, “Well, overall I think I’d say despite the significant challenges that have been laid in our path over the last year, we feel as optimistic now as ever about the future course of the company.”

“We had three priorities when it was apparent what was COVID and what it was going to do our company and our outlook. And the first one was to stabilize the company. And our CFO Christine McCarthy did a tremendous job of ensuring that we had the liquidity necessary for the long haul if it ended up being the long haul. Certainly, she had the foresight to recognize that, yes, it was going to be a long haul,” he continued.

Chapek then stated, “But the other two things are important from the business stand point. And the first one is obviously the already established pivot to direct-to-consumer and so we had to essentially make a decision. Are we going to stay the course, or are we gong to slow down because obviously an investment would be sort of an important thing when you are trying to reserve cash and be careful.”

He then detailed, “But as you know we stepped on the throttle pretty heavily and accelerated figuring this was the time to make a giant leap forward, if you will. And we did that in two ways. Number one we increased our investment dramatically in content and you saw the fruits of that labor at the investor conference a few months ago, but then we also reorganized the company to facilitate, really, a complete alignment of all our interests towards our strategic imperative of direct to consumer.”

A day after Chapek’s statements, The Walt Disney Company announced that they would be closing 20% of its brick-and-mortar Disney Store locations by the end of the year.

CNBC‘s Sarah Whitten reports, “At least 60 of its North American locations will close.”

Disney’s president of consumer products, games and publishing Stephanie Young attempted to explain the shuttering of the stores, “While consumer behavior has shifted toward online shopping, the global pandemic has changed what consumers expect from a retailer.”

The Wall Street Journal’s R.T. Watson reports, “Disney said over the next year it would aim to improve its e-commerce platform and more fully integrate its online shopping experience with its Disney Parks mobile apps and social media.”

Watson added, “The company also said it plans to broaden its merchandise line with more emphasis on products that might appeal to adults, including apparel, streetwear, home products and collectibles.” 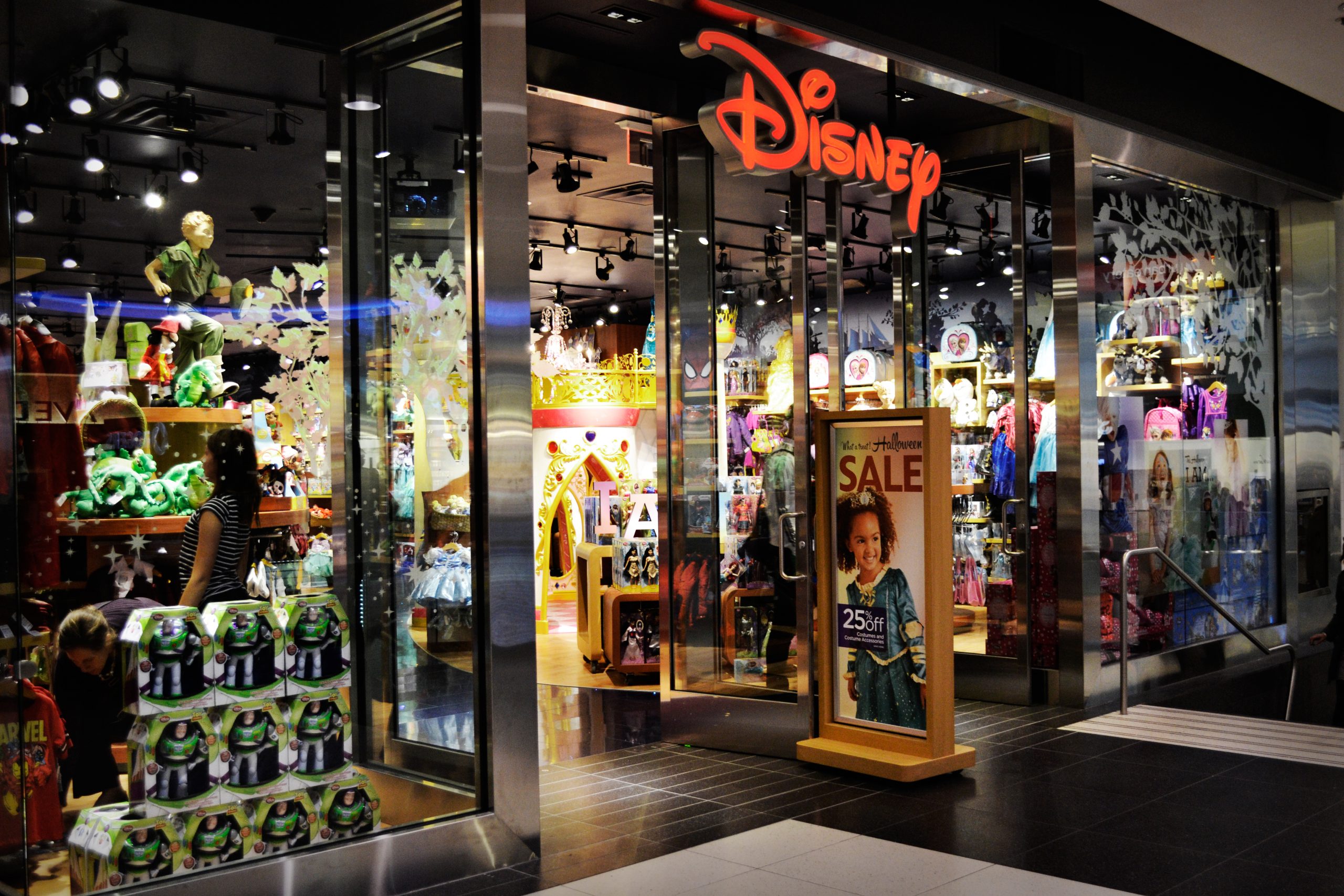 bargainmoose, CC BY 2.0, via Wikimedia Commons

In Disney’s latest earnings report they revealed the companies revenues shrank over 22% from the previous quarter a year ago.

Most of the decline came from their Disney Parks, Experiences and Products group. Even still the Disney Media and Entertainment Distribution also saw a 5% decline in revenue.

What do you make of Disney’s decision to shut down at least 60 Disney Stores across North America?