On March 9th, DK Books US announced they were no longer publishing The Mandalorian Ultimate Visual Guide.

They wrote on Twitter, “Due to the ever-expanding world of The Mandalorian, we will no longer be publishing The Mandalorian Ultimate Visual Guide at this time, as the story continues to unfold on screen.” 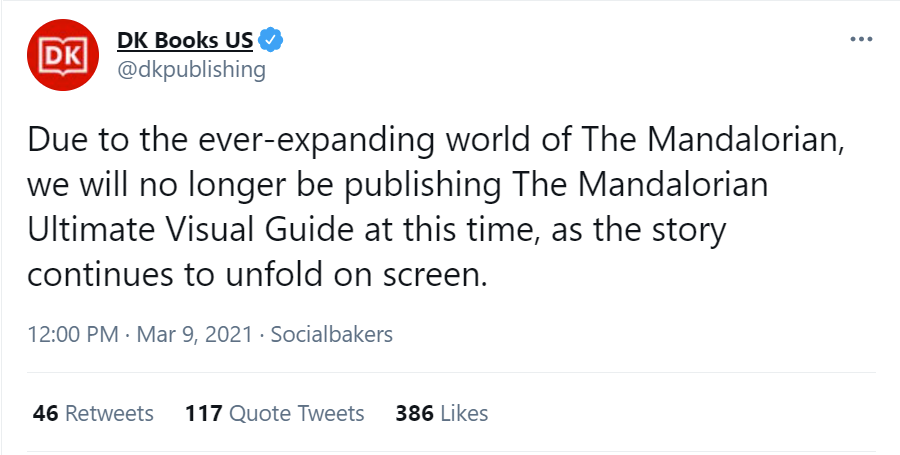 The book is still listed on their website and details it was originally scheduled to be published on July 6, 2021.

A description reads, “Star Wars: The Mandalorian: The Ultimate Visual Guide is the 200-page definitive companion to Seasons 1 and 2 of The Mandalorian, exploring the heroes, villains, creatures, aliens, droids, locations, and technology from the show. Packed with 500+ images, plus a new cross-section, and written by Star Wars scribe Pablo Hidalgo, it’s a must-have for all fans who want to learn more.” 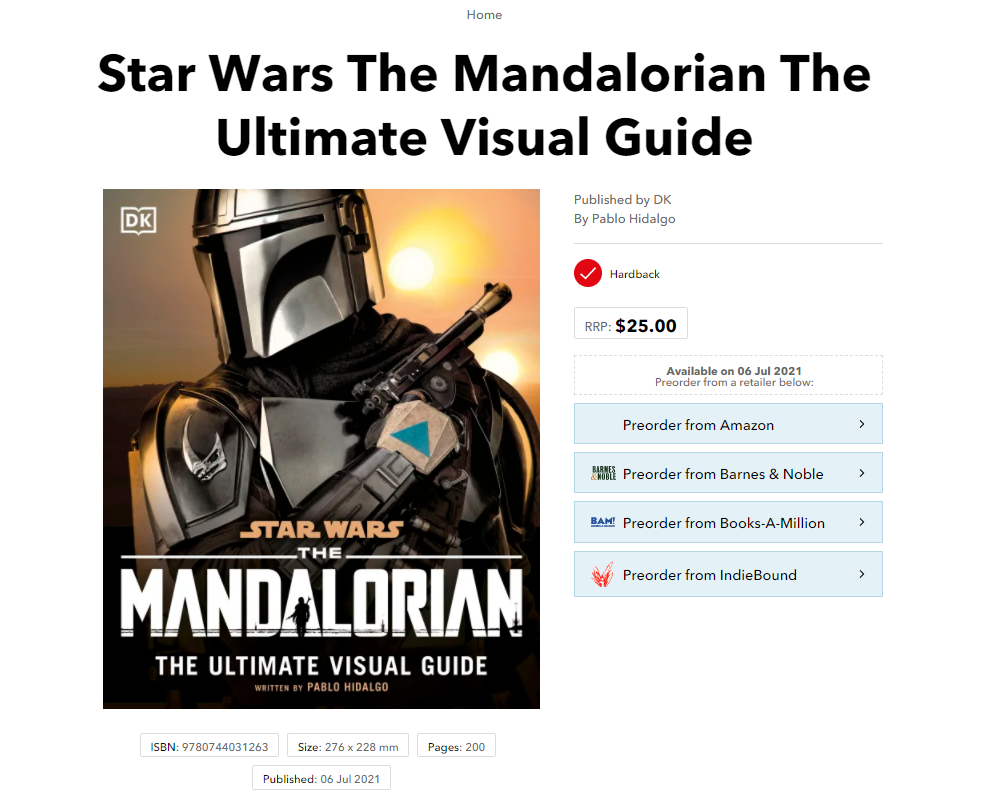 They wrote on Twitter, “Due to the ever-expanding world of The Mandalorian, we will no longer be publishing THE MANDALORIAN ORIGINAL NOVEL at this time, as the story continues to unfold on screen.” 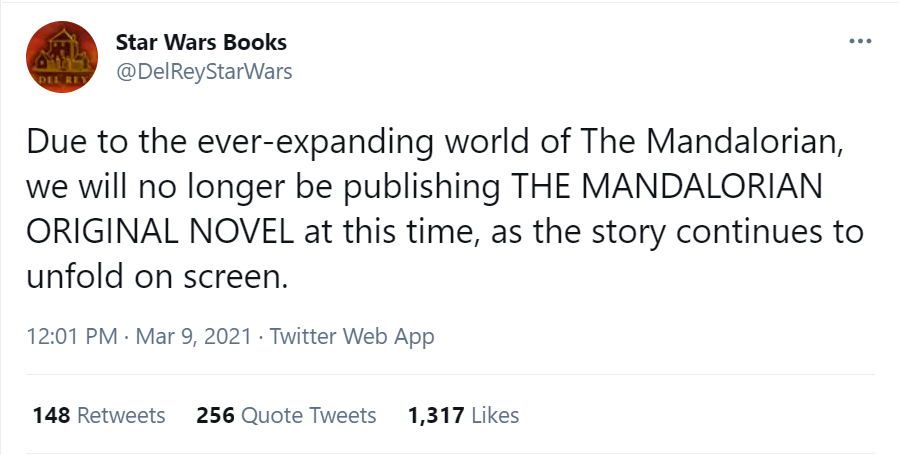 In a follow-up they added, “We love working with author Adam Christopher (@ghostfinder) and are already working with him on a different book. We’re excited to share details with you in the future.” 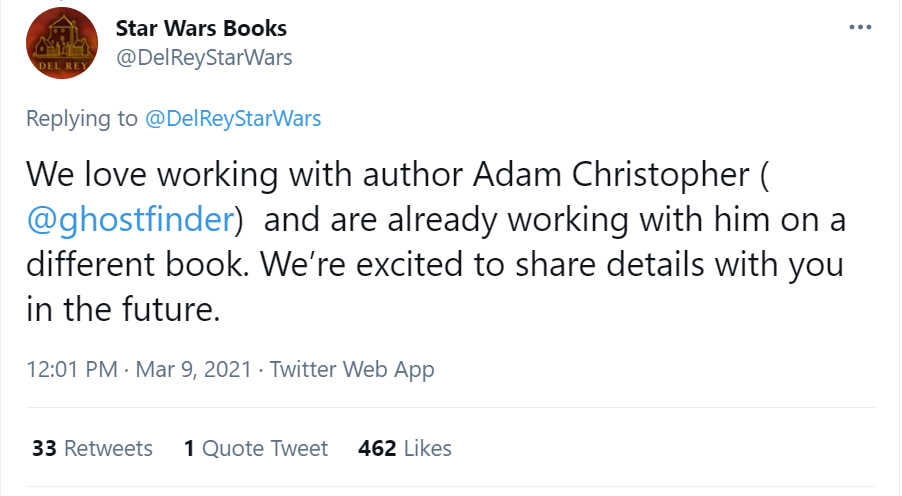 According to an Amazon listing, the book was 336 pages long and scheduled to be published on November 2, 2021. 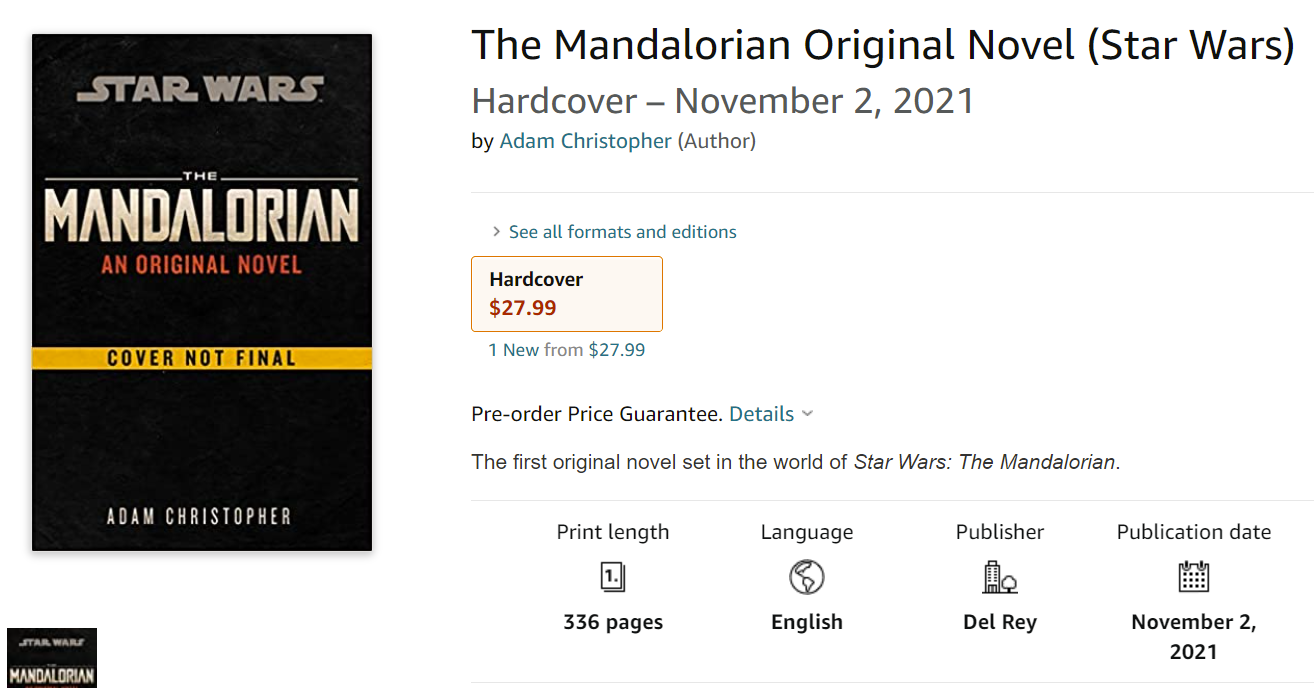 YouTuber Ryan Kinel reacted to these two statements saying, “There are definite problems with The Mandalorian and the news we got today only goes to further that and there is something going on with Mandalorian Season 3. There are big time production problems that they do not want to let us know about.”

He went on to state, “If you are looking at this objectively, you can see there is something going on with Mando Season 3.”

He goes on to cite a number of pieces of evidence including Del Rey’s previous announcement that The Mandalorian original novel had been delayed to Fall 2021.

They wrote in July 2020, “Quick scheduling update, friends! Del Rey’s Mandalorian novel will be moving to fall 2021. As soon as we have a final date, we’ll let you know. In the meantime, we have some amazing Star Wars novels coming soon that should help tide us over.” 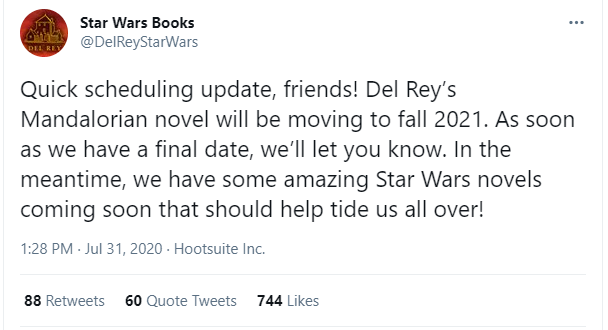 Kinel then points to a Deadline article announcing that Mandalorian star Pedro Pascal would take on the role of Joel in HBO’s adaptation of The Last of Us. In their current version of the article, Deadline’s Nellie Andreeva wrote, “He will continue on the Star Wars series, where he is used sparingly because of the nature of his character, though The Last Of Us has him in first position.”

Kinel comments, “When it was revealed that The Last of Us takes precedent, takes priority, is more important than his role in The Mandalorian.” 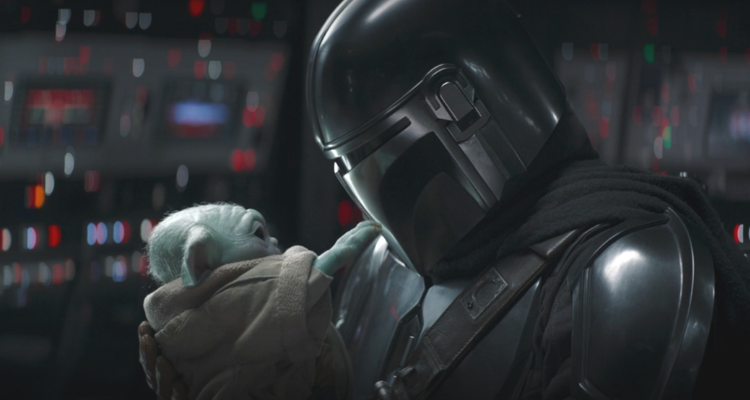 The YouTuber then points out that the article had actually been updated, as documented by Cosmic Book News.

The original version read, “I hear he could continue on the Star Wars series, where is used sparingly because of the premise of his character, though The Last of Us has him in first position.”

Kinel comments, “That’s what was put out there first before someone at Disney panicked, before someone at Lucasfilm panicked and wanted them to get this verbiage changed. Because they knew it would alert people to a major problem.”

Next, Kinel points to the fact that The Mandalorian Season 3 won’t even go into production until after The Book of Boba Fett.

The Mandalorian executive producer Jon Favreau stated, “So this is actually separate from The Mandalorian Season 3. But what we didn’t say in that announcement is that the next show coming up, Kathy said the next chapter, and that is going to be The Book of Boba Fett.”

Favreau added, “And then we go into production right after that on Season 3 of The Mandalorian. Back with the main character that we all have known and love. That is pretty soon following that. So, we are working on that pre-production now while we are in production on Boba Fett.” 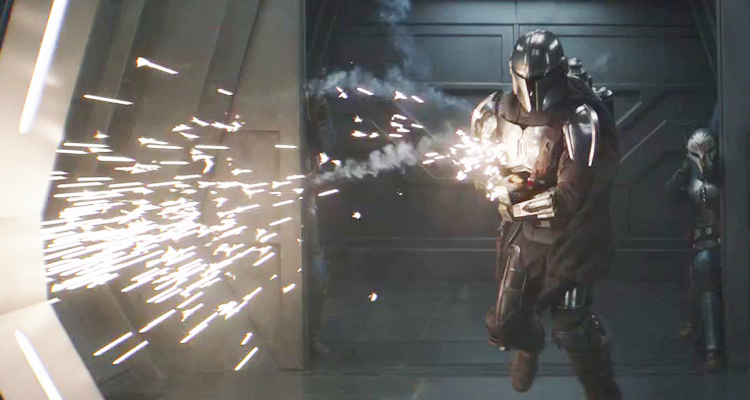 Kinel concludes his video speculating on why he thinks the two Mandalorian books were canceled, “But I think what is much more likely is there are actual problems going on. They do not know what they are going to do next.”

Why do you think these two Mandalorian books were canned?