If you are unfamiliar with the Blue Anon conspiracy, Urban Dictionary describes it as thus, “A loosely organized network of Democrat voters, politicians and media personalities who spread left-wing conspiracy theories such as the Russia Hoax, Jussie Smollett hoax, Ukraine hoax, Covington Kids hoax, and Brett Kavanaugh hoax.” 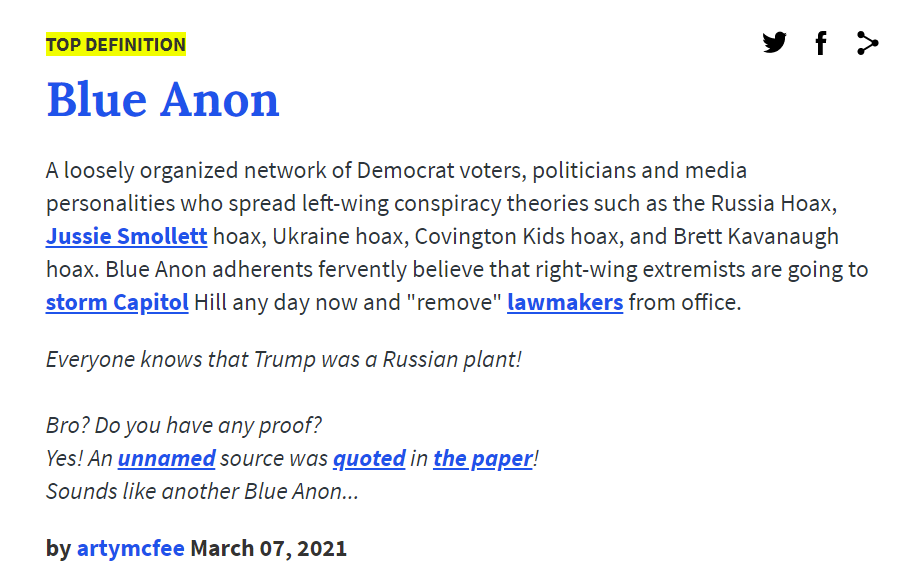 Hamill made clear he’s bought into the Blue Anon conspiracy when he took to Twitter on March 10th to share a video from California Democrat Eric Swalwall, who was reportedly connected to a Chinese spy ring involving Chinese national Christine Fang.

In a follow-up tweet, he wrote again, “Hold them ALL accountable #KnowTheirNames.”

However, in this tweet he shared an image that reads, “These are the 43 traitors who voted to acquit Donald Trump. Remember their names.”

This isn’t the first time Hamill has engaged in and spread the Blue Anon conspiracy. Back in 2017 he posted to Twitter, “Focus on 2 thing: #1) Investigation of Russia’s involvement in 2016 election #2) His Tax Returns. America has a right to know.#Resistance” 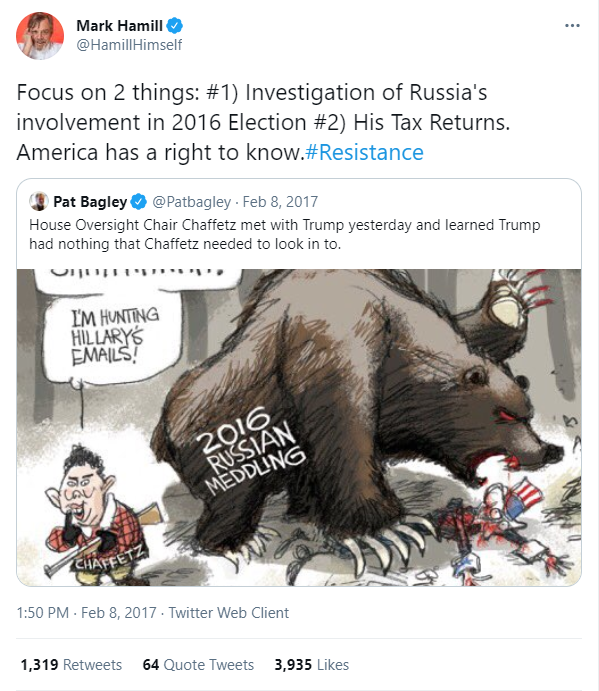 Hamill also supported disgraced actor Jussie Smollett in 2019. He tweeted, “Sending love & support to Jussie Smollett after this horrific attack. Shame on us if we don’t protest & demand #JusticeForJussie!” 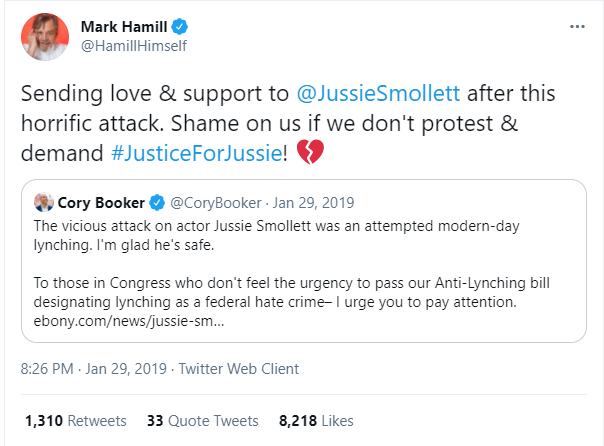 Smollett is facing criminal charges for lying to police that he was a victim of a hate crime.

Aside from engaging in the Blue Anon conspiracy, Hamill also engaged in a call to boycott Jimmy John’s restaurants in 2019 over a 10 year old image of the restaurant chain’s founder Jimmy John Liautaud posing next to an elephant he killed a preserve in Africa.

Hamill wrote on Twitter, “Thumbs up to a boycott of all Jimmy Johns restaurants! (with apologies for posting this obscene photo).

Liautaud had previously told the Chicago Tribune in 2015 that he doesn’t hunt big African game anymore.

He said, “I choose to hunt and I choose to fish. Everything I’ve done has been totally legal. And the meat has been eaten, if not by me than by someone I’m with. I don’t hunt big African game anymore.”

What do you make of Hamill engaging in the Blue Anon conspiracy?