Welcome to The Daily Stupid, where we cover some of the dumbest and most idiotic things happening around the world and on the internet, courtesy of your friendly neighborhood Associate Editor!

Today, we’ll be looking at California schools chanting to Aztec gods, a UK celebrity’s petition to create ID requirements for social media, a case of yet another Japanese artist being bullied by Western Twitter, and the outrage directed toward a completely optional nude mod for Pyra in Super Smash Bros.

1. California Curriculums To Include “Unity Chant” To Aztec God

According to a recent report by The New York Post, the California Department of Education has proposed a new ethnic studies curriculum which includes, as part of its “lesson resources”, an “ethnic studies community chant.” 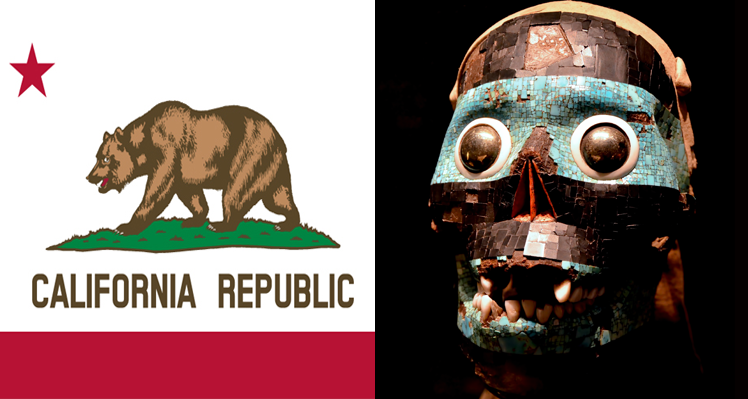 In the chant, students are led to seek “truth” and “critical thinking” through an apparent invocation of one of the most prominent and vengeful gods in the Aztec pantheon, Tezcatlipoca, in order to become warriors for “eco-logical, & social justice” and gain “a revolutionary spirit”.

The curriculum also draws upon frameworks established by R. Tolteka Cuauhtin, wherein the author claims that America was built upon “Eurocentric, white supremacist (racist, anti-Black, anti-Indigenuous, capitalist (classist), patriarchal (sexist and misogynistic) heteropatriarchal (homophobic), and anthropocentric paradigm brought from Europe” and lists one of its goals as a “countergenocide” against white indivduals. 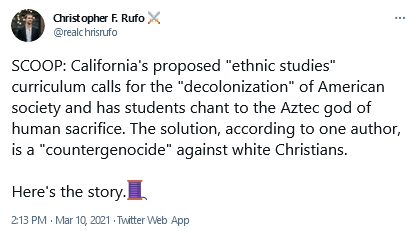 When I was a kid, I remember doing re-enactments of ceremonies and traditions belonging to various cultures, both alive and dead. Such roleplaying was usually employed to help students achieve a better understanding of the culture they were studying and providing context for the past.

Whatever this is…this is beyond that. It’s well-known that critical social justice and race theory-based curriculums have begun to seep into public schools, but inciting the name of an Aztec god of battle (amongst other qualities, all of which are completely unrelated to ‘justice’ or ‘equality’) for the strength to be a literal social justice warrior? It’s a practice so insane that it would feel right at home in the pages of a comic book. 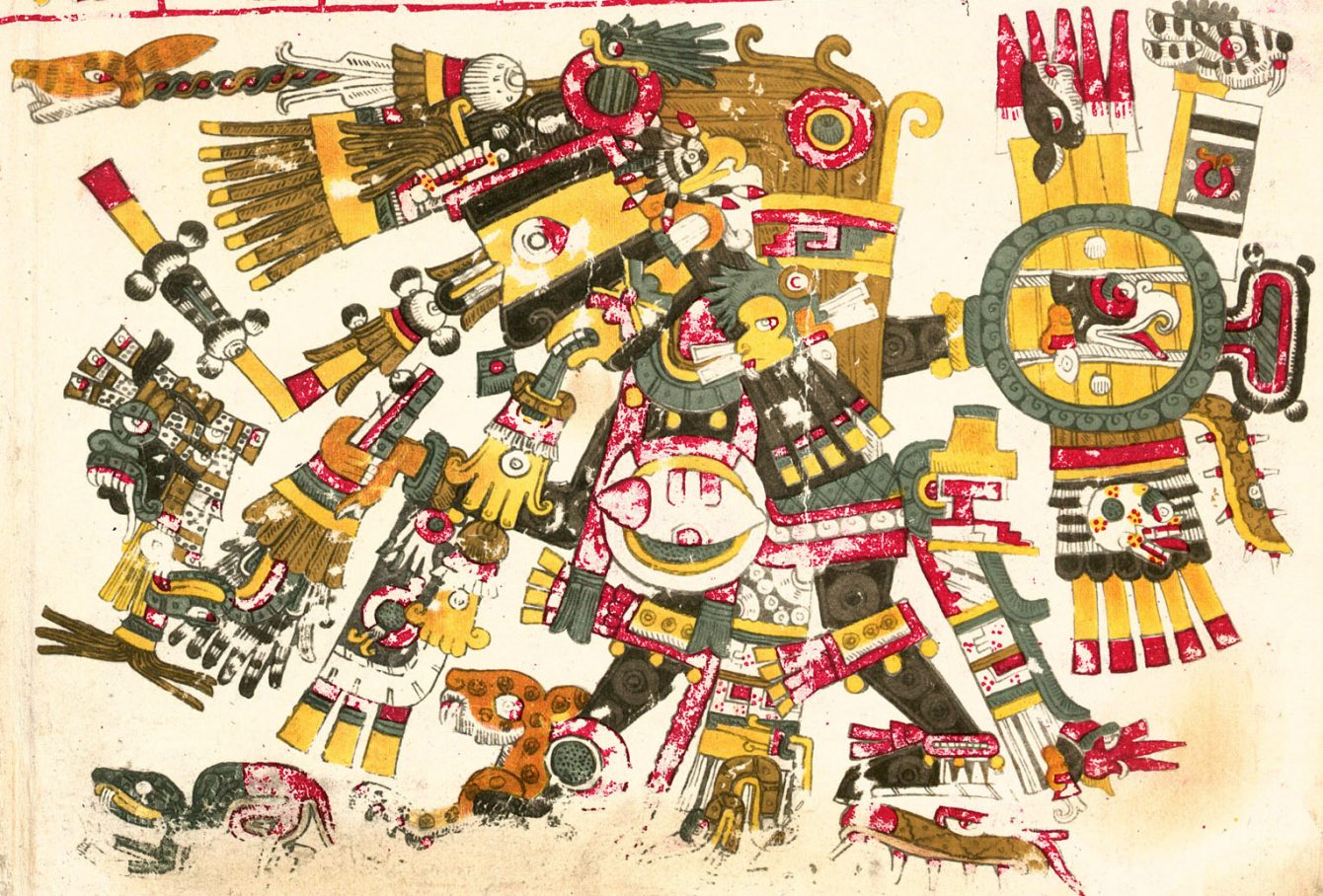 Do the activists who come up with these lesson plans think that this will truly win anyone over? Because, judging by the reactions on social media, most Americans agree that California’s new ethnic studies curriculum is just an all-around terrible idea.

A petition launched by UK celebrity Katie Price, which calls upon the UK Parliament to “Make it a legal requirement when opening a new social media account, to provide a verified form of ID”, has exceeded the number of signatures required for the government to consider it for debate. 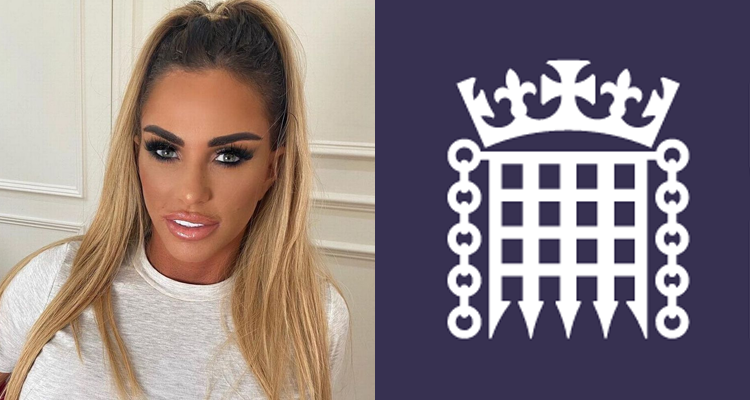 According to Price, the petition was created in response to “online abuse” suffered by her son Harvey Price, a disabled man who suffers from Prader-Willi syndrome.

Writing in the petition’s text that in order to make Harvey’s Law, a law proposed by Price herself which seeks to criminalize online abuse, work, it would require “the removal of anonymity to ensure that users cannot cause harm by using online platforms to abuse others”.

“Where an offence has taken place they ought to be easily identified and reported to the police and punished,” added Price. 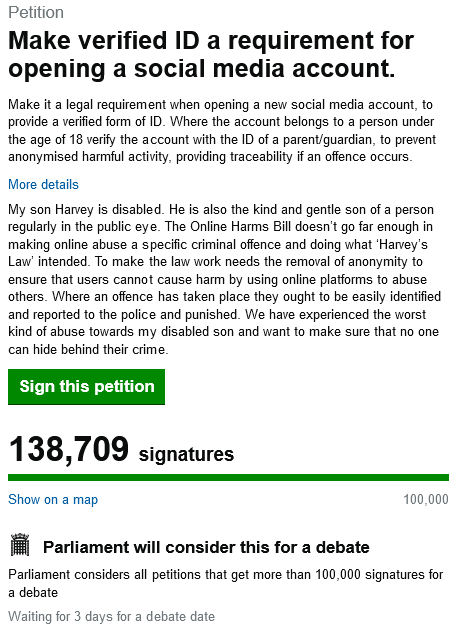 First, let me extend my sympathies to Price and her son. No one should have to suffer through online abuse, least of all for their immutable human traits.

That being said, forcibly requiring everyone who uses the internet to identify by their real names and identities is not the way to fight back against such bullying or mistreatment.

Anonymity allows for people to express their opinions and points of view without fear of repercussion, and while some undeniably use the protections afforded by the hiding of their identity for derogatory purposes, many use them to ensure that they will not be punished for simply speaking or going against the grain.

Price might believe she has the right intention, but ultimately, such a requirement would most likely be abused by the powers that be in order to crack down on discontent, silence criticism, and ensure that no one questions the respective authority of whomever is currently in charge.

As of writing, a date has not been set for Parliament to debate Price’s petition.

3. Western Twitter Fans Bully Yet Another Japanese Artist For Fanart of Pokemon’s Nessa

I’m sure, dear reader, that you already know where this is going. 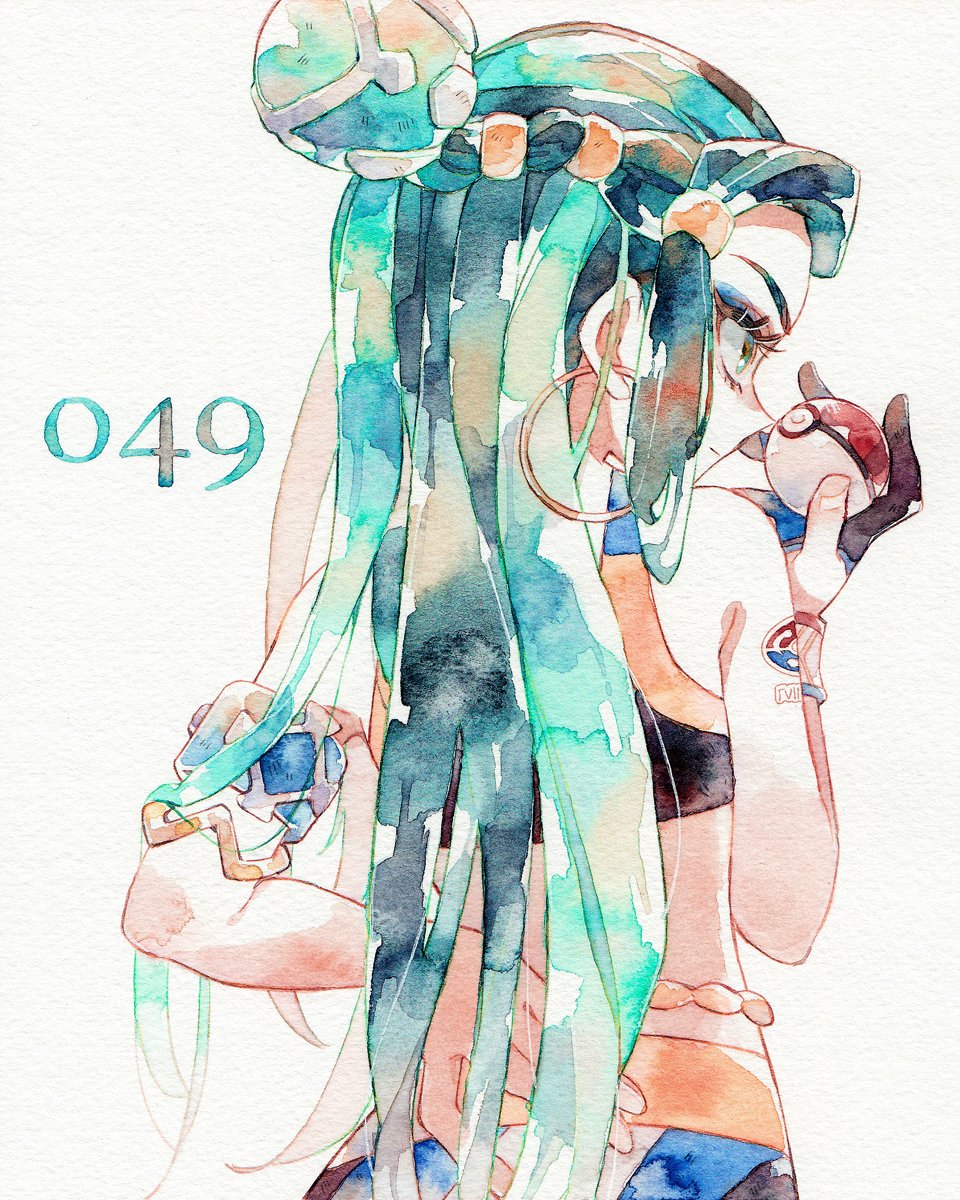 Shortly after sharing their artwork @ohr_cn was dogpiled by Western Twitter users who, unable to understand the artistic principles of lighting or recognize the intended washed-out coloration of the artist’s style apparent in all three pieces, proceeded to accuse the artist of racism and whitewashing due to Nessa not being depicted as ‘dark’ as she is in the games.

“i love that you purposely made her light because you hate dark skin i really love your racism,” accused @KDRDROP

@bpd3m0n ranted, “Yall are so weirdly attached being racist as f–k i truly dont understand why yall degrade and vilify black ppl constantly and then demand everyone coddle u for it lol be racist get and shut the f–k up”

Without a hint of irony or self-awareness, user @glorianasims4 took to employing actual racism in their insulting of the artist, writing “we get it, you hate Dark skin peoples, we get it asia”.

One user, @jxriellesoghey, even outright threatened that “your account will be gone by noon. Immediately.’

Inevitably, facing the pressure of not only being harassed, but harassed in a language they were not fluent in, @ohr_cn deleted their artwork and issued an apology, stating that they were “not very good at painting dark skin” and clarifying that they were “sorry that I made you uncomfortable.” 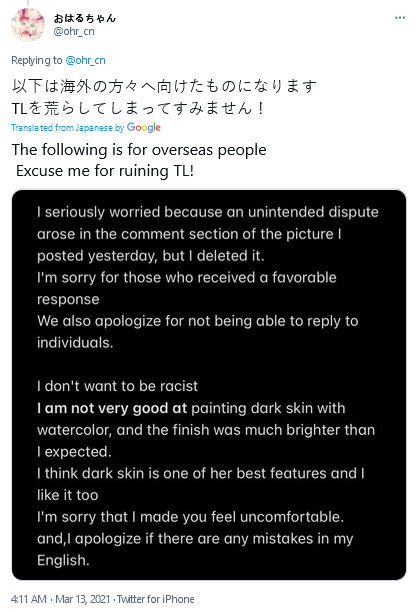 It feels like this exact situation, with the same Western art scolds taking issue with an individual artist’s stylistic interpretation of Nessa, happens every other week. And it needs to stop.

Who is the mob helping? What are they doing other than just attempting to enforce their own personal authoritarian standards on others? Do they not see how harassing and bullying a foreign artist into submission goes completely counter to their so-called principles of social justice? 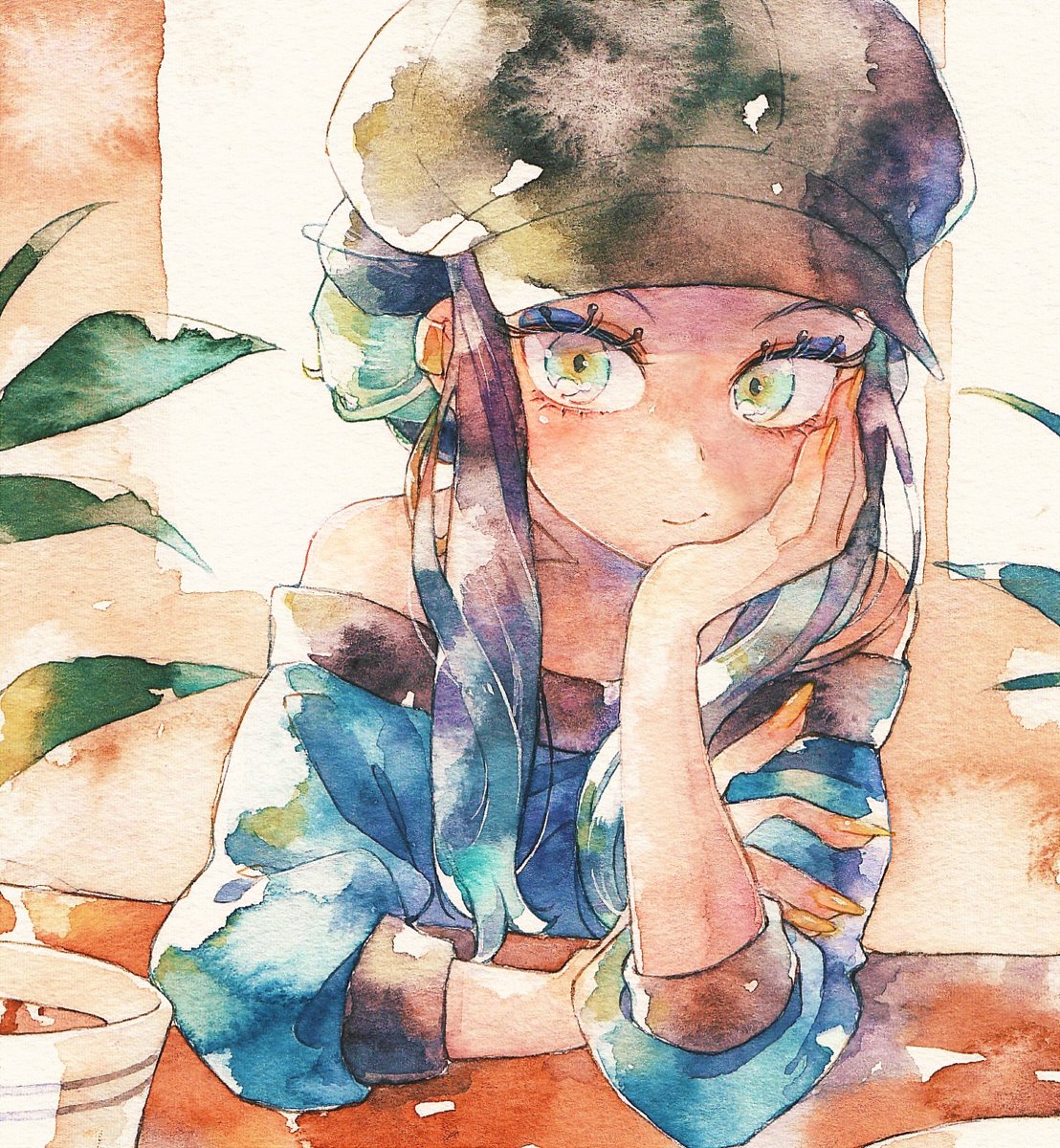 Of course not. For such vocal bullies, there’s nothing to gain here but the false-illusion of having contributed to society and a brief dopamine hit at the expense of another human’s well-being.

It’s honestly kind of impressive that in The Daily Stupid’s short history, self-professed members of the Super Smash Bros. community have made three of my four entries into the column, all because they seemingly can’t handle the existence of Pyra, an attractive female character.

In the early hours of March 14th, a newly crafted nude for Pyra was uploaded to the video game mod community website GameBanana. A simple mod, the optional add-on replaced Pyra’s standard character model with one showing her, well, completely naked. 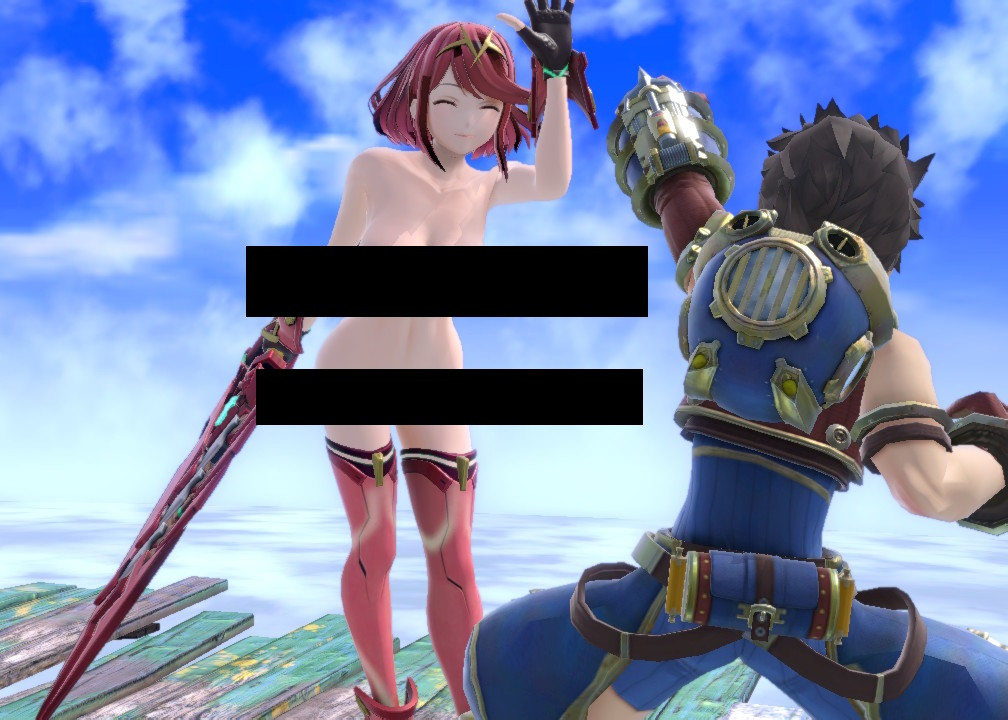 Almost immediately, like clockwork, Smash players began to take severe issue with the mods, with many sharing opinions that could only be held if one were either completely new to video game modding or willfully ignorant of history.

“This is why people think we’re weird”, wrote @CCmontysbackup (Spoiler alert: It has nothing to do with completely voluntary nude mods and all to do with the rampant amount of underage sexual abuse happening within the scene).

“I’ve given up on this,” said @PocketBlair, hours after their criticism of the mod brought the issue to widespread attention. “This is still really weird that someone would find time to add this and people wonder why women don’t feel safe. Instead of doing something productive you choose to add naked women into a kids game.” (Spoiler alert: Again, I believe most women would have an issue with the number of sexual predators within the scene, rather than a one-off mod.) 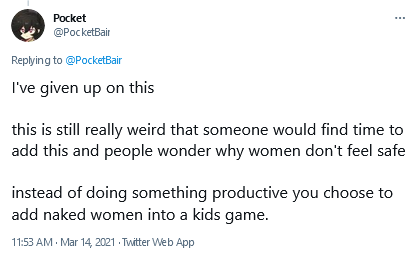 While some Gamebanana users were able to flag the mod as ‘pornographic’ and have it temporarily held for review, the mod has since been restored and is once again available for download. 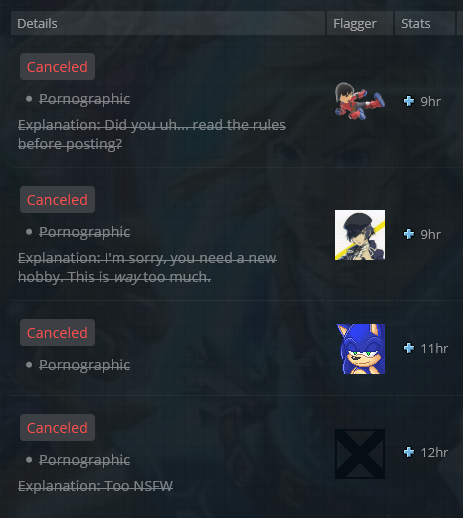 I’m tired of the Smash community at this point. The constant attempts to deflect criticism from the Smash community’s own abuse issues by virtue signalling against the slightest amount of fan service, (which, I assure you Smash players, is what everybody thinks you are doing whenever you launch these sorts of outrage campaigns), aren’t convincing anyone.

Don’t like the nude mod? Don’t use it. No one is forcing you to install and play with it. Maybe spend that energy you would have used towards mass flagging anything even slightly sexual and use it to clean up your own backyard.