As part of their celebration of Captain America’s 80th anniversary, Marvel has announced that one of the next Captain America derivatives to wield the shield will be an openly gay LGBTQ+ activist named Aaron Fischer. 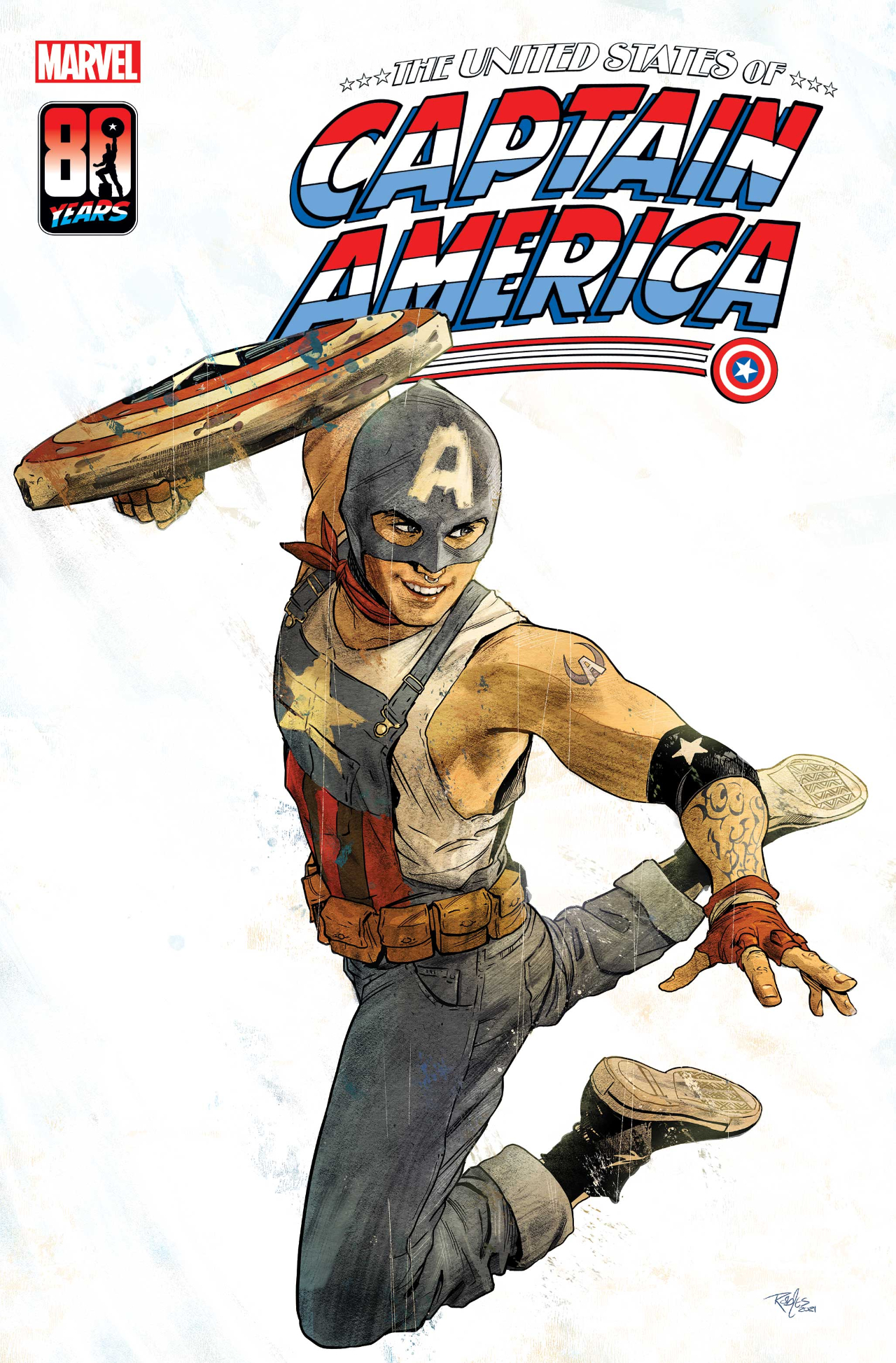 In the announcement of their new character, created by writer Joshua Trujillo and artist Jan Bazaldua, Marvel described Fischer as “the Captain America of the Railways. A fearless teen who stepped up to protect fellow runaways and the unhoused.”

The publisher also noted that they were “proud to honor Pride Month [June] with the rise of this new LGBTQ+ hero.” 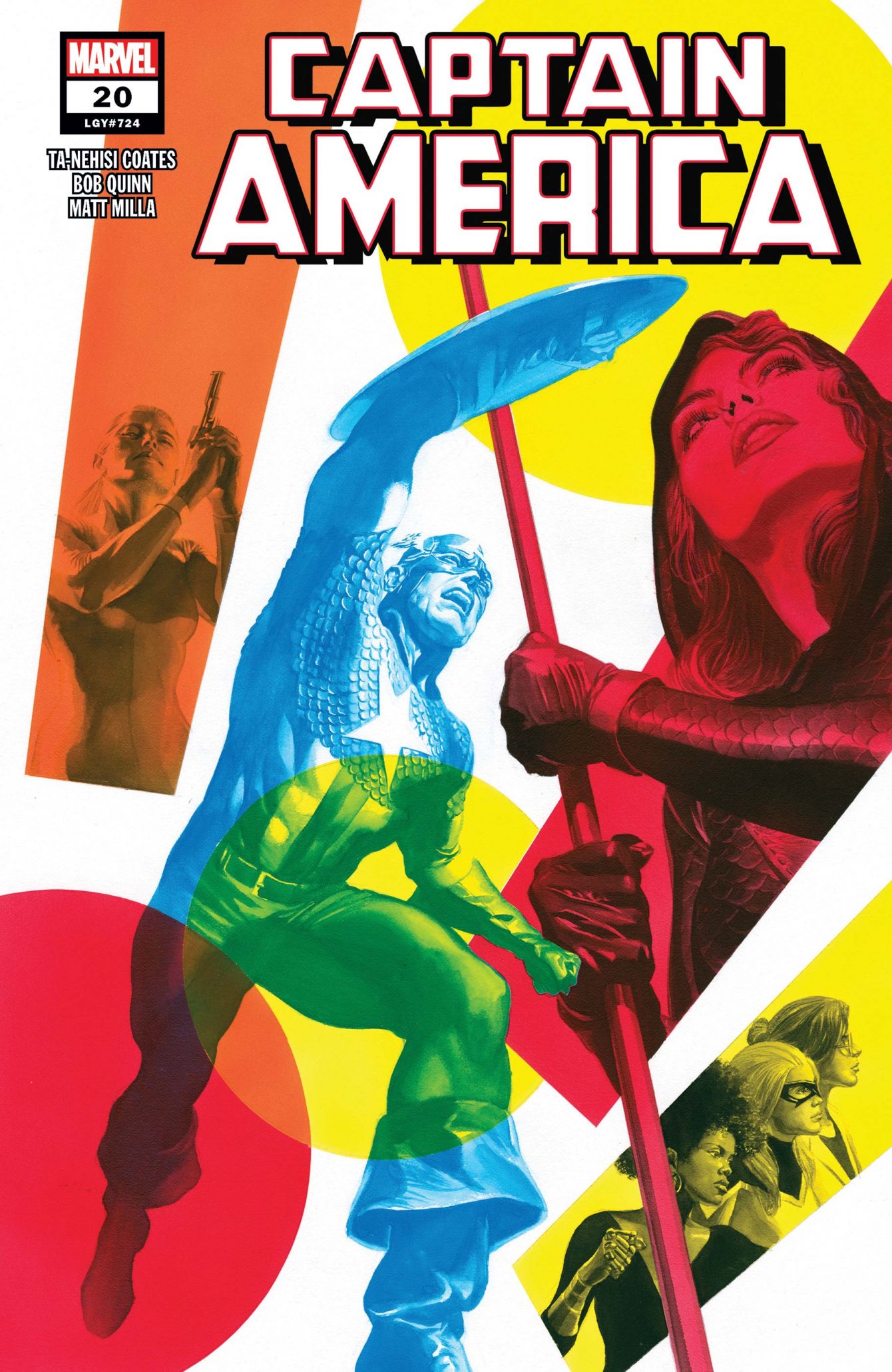 According to Trujillo, Fischer “is inspired by heroes of the queer community: activists, leaders, and everyday folks pushing for a better life.”

“He stands for the oppressed, and the forgotten,” Trujillo added. “I hope his debut story resonates with readers and helps inspire the next generation.” 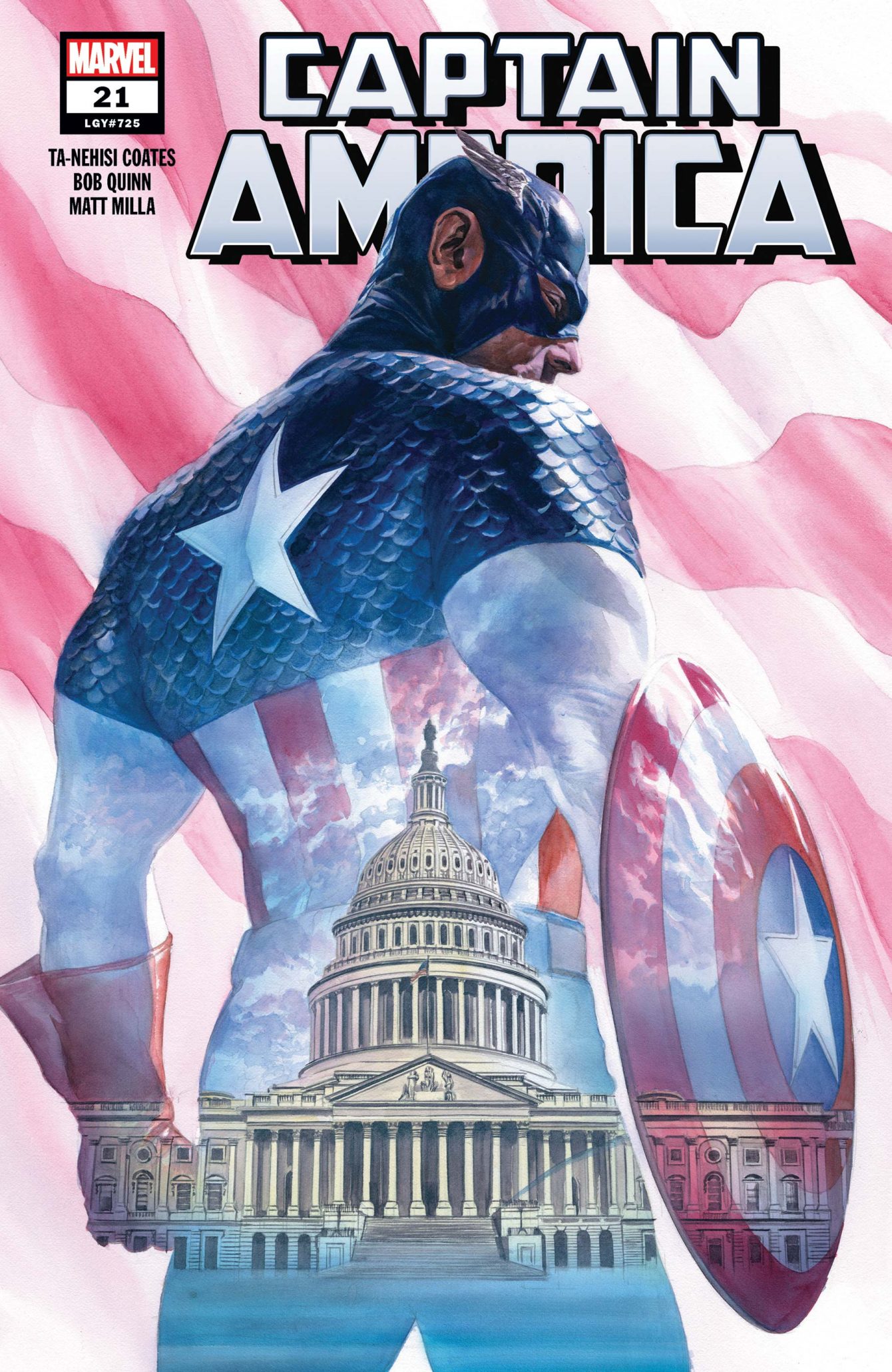 Bazaldua, herself a trans woman, thanked “editor Alanna Smith and Joshua Trujillo very much for asking me to create Aaron,” and recalled, “I really enjoyed designing him, and as a transgender person, I am happy to be able to present an openly gay person who admires Captain America and fights against evil to help those who are almost invisible to society.”

In regard to Fischer’s street-level appearance, Bazaldua explained “While I was drawing him, I thought, well, Cap fights against super-powerful beings and saves the world almost always, but Aaron helps those who walk alone in the street with problems that they face every day.” 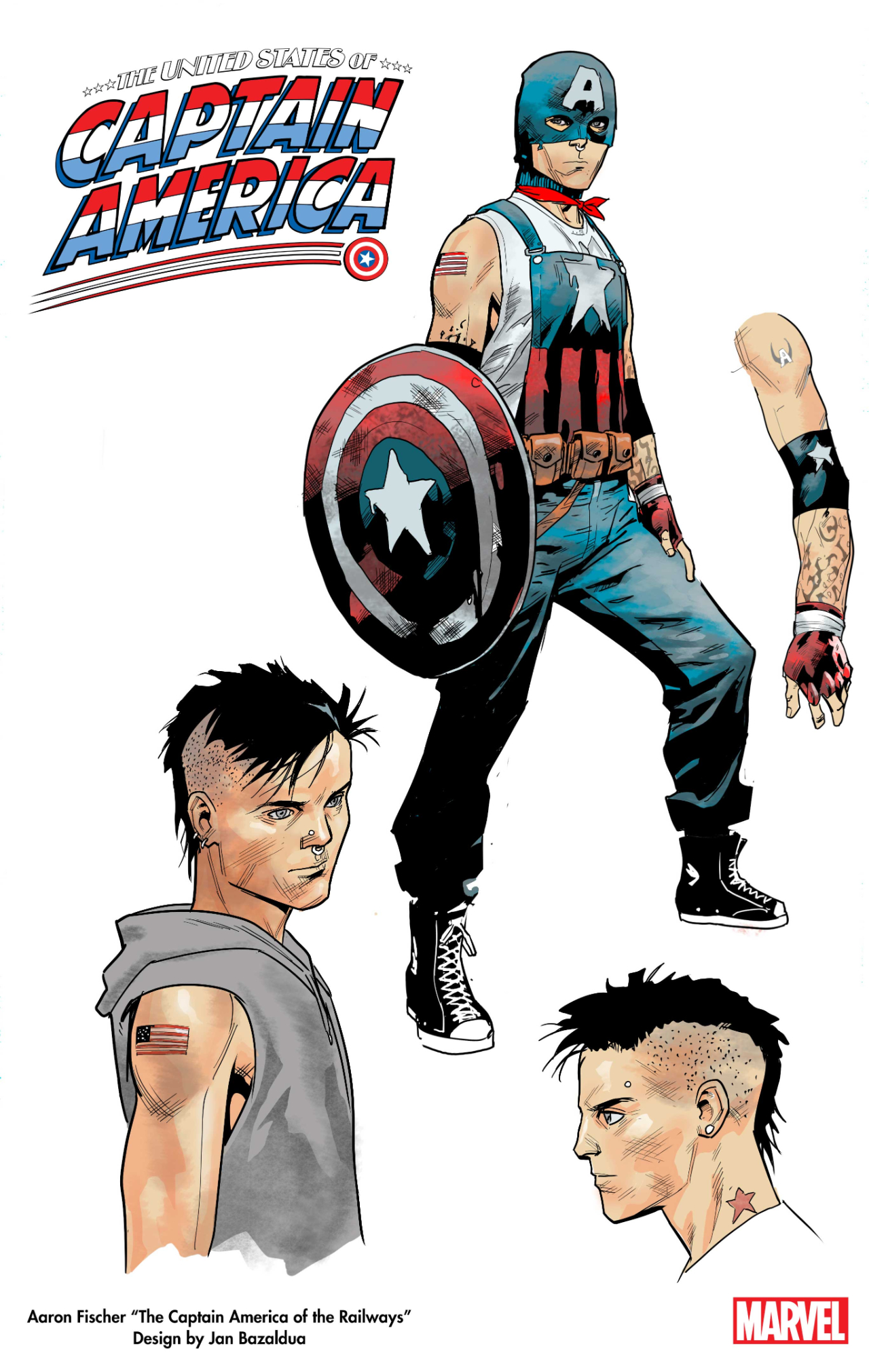 Fischer will make his debut in The United States of Captain America, an upcoming five-issue miniseries written by Christopher Cantwell with art by Dale Eaglesham which will see Steve Rogers, Sam Wilson, Bucky Barnes, and John Walker travel the country in search of the recently-stolen shield of Captain America.

“Along the way, fans will be introduced to fascinating new heroes who have been inspired to follow in Steve Rogers’ footsteps,” read Marvel’s previous press release announcing the miniseries.

“Joining Cantwell and Eaglesham will be an all-star lineup of diverse and extraordinary creative teams who will dive even deeper into the origins and motivations of these new shield-bearers in special backup stories,” the press release continued, “starting with a revolutionary tale by writer Josh Trujillo and artist Jan Balzadua.” 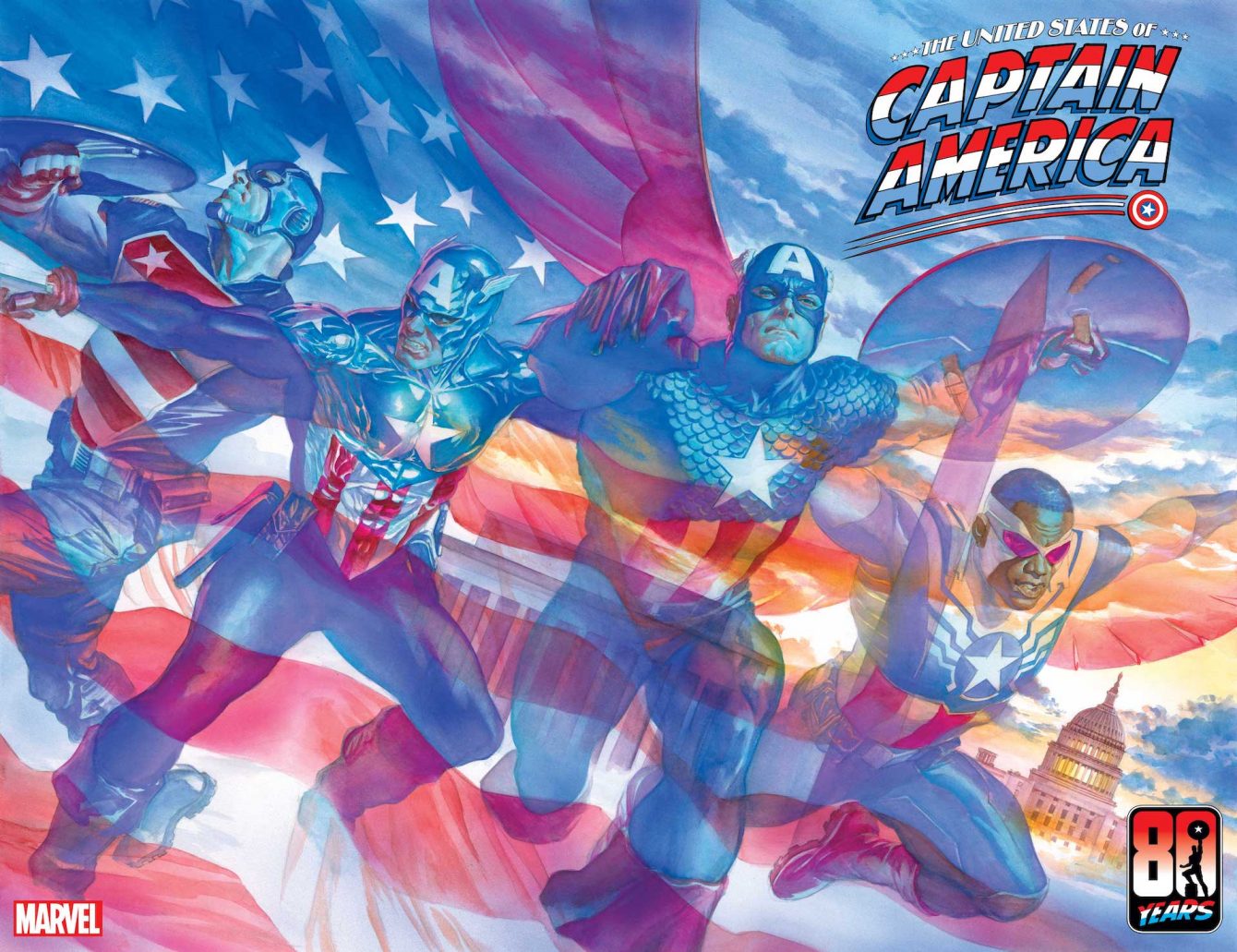 The United States of Captain America is set to drop on June 2nd.

What do you make of Marvel’s latest Captain America derivative? Let us know your thoughts on social media or in the comments down below!