Sesame Street has recently introduced both a new teaching resource titled “ABCs of Racial Literacy” and a new pair of puppets representing a black father and son, in an effort to teach kids about racism and diversity. 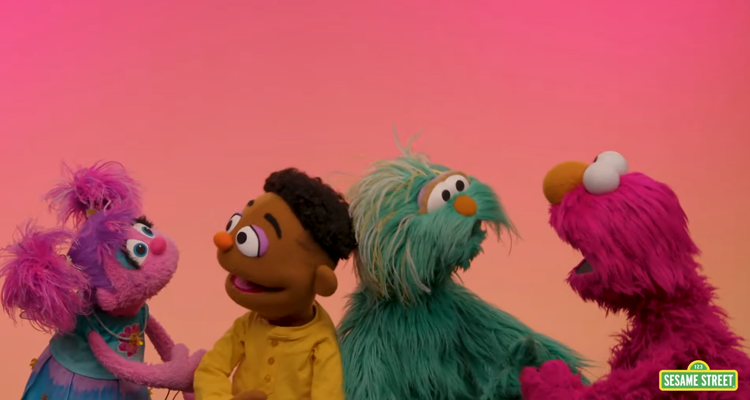 First revealed on March 24th by Sesame Workshop, the non-profit organization responsible for the long running children’s show’s production, the “ABCs of Racial Literacy” resource is “designed to help families celebrate their own unique identities and answer children’s tough questions about race and racism.”

Included in the “ABCs of Racial Literacy” are a number of articles, videos, and digital workshops, which aim to help children develop “the skills needed to talk thoughtfully about race and to identify and respond to racism.” 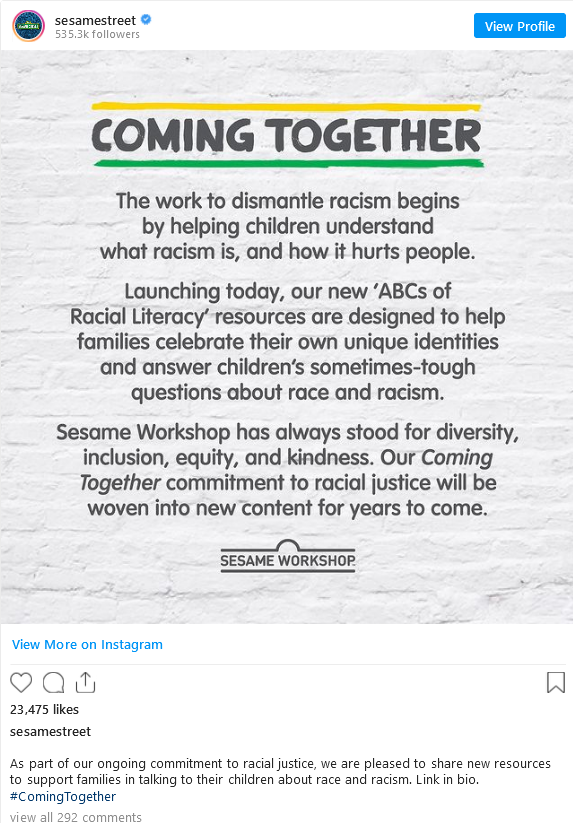 In one article, “Never Too Young: Ages and Stages of Racial Understanding”, author Traci Braxley, who holds a PhD in Curriculum and Instruction and works as a “a cultural and race identity coach”, asserts “Research shows that children form race-related ideas long before they’re ready to talk about race and racism… awareness of race begins as early as infancy!”

Though she provides a 2008 study as evidence of her claim, the study does not conclude that infants are ‘aware of race’, instead finding that “While the preference for own-race faces observed in 3-month-olds may be evident, it is unclear which facial component (i.e. skin color, physiognomy, or both) is responsible for the effect.” The study also admits “that only Caucasian participants were tested.” 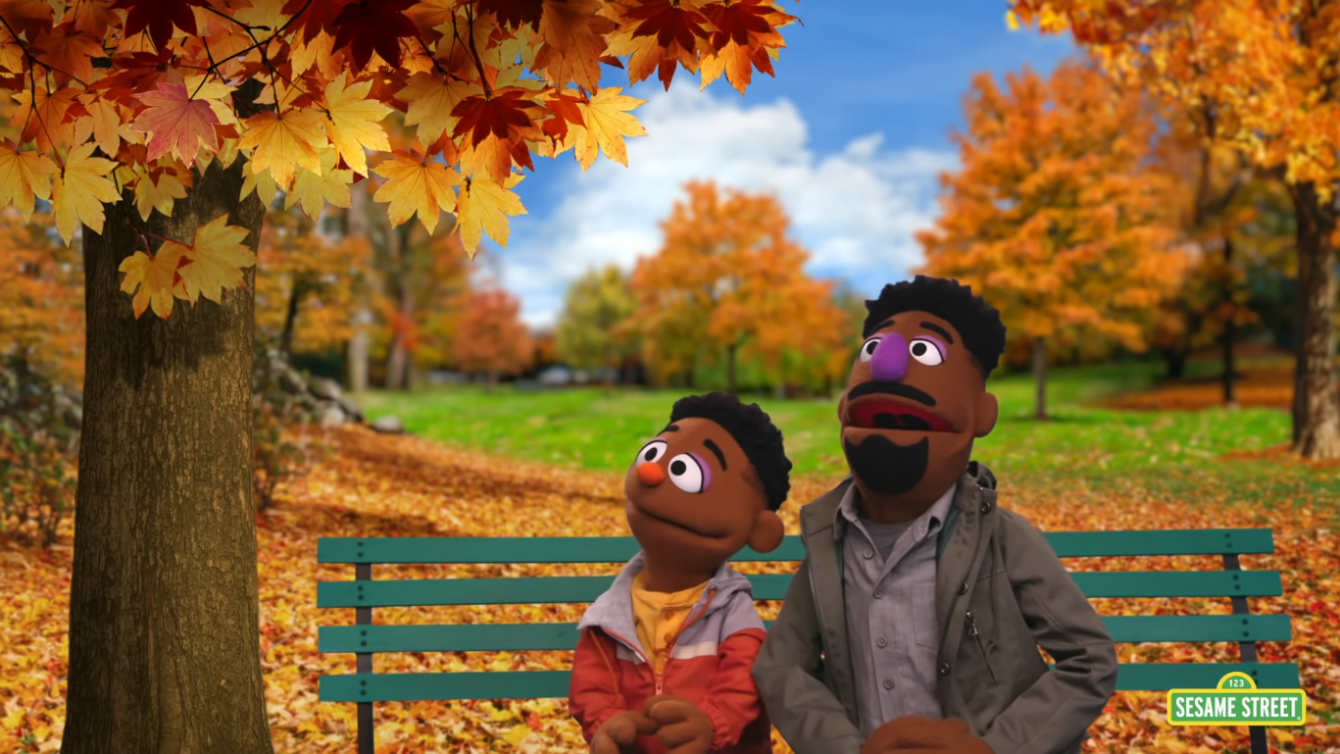 As part of the videos produced for the initiative, Sesame Street has also introduced two new puppets to its world, Wesley Walker and his father, Elijah. In contrast to the furry monsters who populate their neighborhood, the Walkers are presented as more human-like puppets.

In one video, Wes and Elijah meet Elmo, who proceeds to ask the pair why their skin is brown, rather than red and fuzzy like his own.

“I know why, Elmo. My mom and dad told me it’s because of melanin. Right, dad?” asks Wes, to which his father replies “”The color of one’s skin is an important part of who we are, but we should all know that it’s OK that we all look different in so very many ways.”

In another video, Wes joins Elmo, Abby, Rosita, to sing “I Am Somebody (Giant Song)”, a song written “to promote learning about diversity and help children develop a strong sense of self so that they feel confident in who they are—just as they are—so they can “stand tall” in the world and help build a better world”

In an art activity featured on the initiative’s resource portal, which provides a space for children to draw themselves “accurately” according to their “skin, hair, and eye color,” Sesame Workshop asks parents to “help children write descriptions of their racial, ethnic, and/or cultural identity.”

Bafflingly, in providing an example of such descriptors, Sesame Workshop lists “brown” as a possible identity. The conflation of this ‘brown’ with a racial or ethnic group, despite the fact that such an ‘identity’ would lump together various races rather than acknowledging their differences, seems to be hypocritical to the initiative’s own goals.

These new additions to Sesame Street and its educational resources were announced as part of the company’s Coming Together initiative. Launched in 2020, the Coming Together initiative is “Designed to provide families with the tools they need to build racial literacy, to have open conversations with young children, to engage allies and advocates to become upstanders against racism, and more.”

What do you make of Sesame Street’s new racial justice initiatives? Let us know your thoughts on social media or in the comments down below!