Newsome took to Twitter where she wrote, “I’m definitely in the camp of defending rioting & looting as a legitimate, politically-informed response to state violence. I’ve tweeted on this topic many times & I’m always willing to engage people in good faith discussion of why I hold that position.” 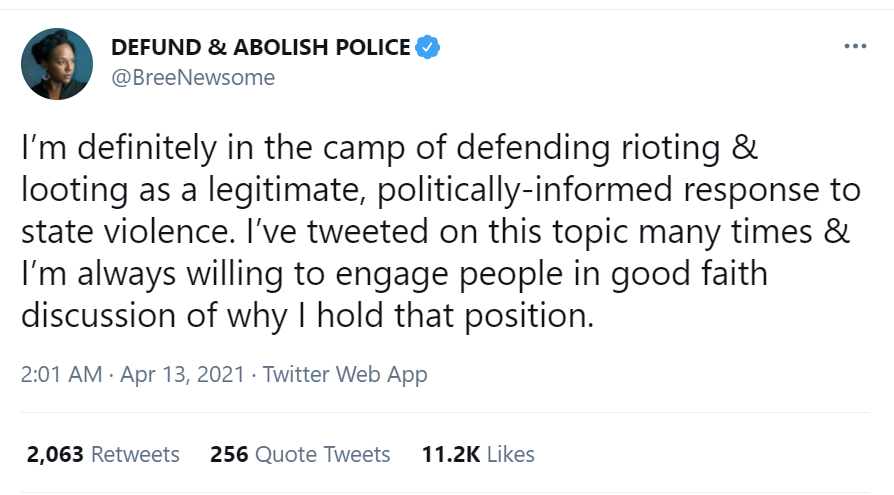 This isn’t a new position for Newsome. In June 2020 she wrote on Twitter, “Rioting & property damage are legitimate forms of protest, especially for the dispossessed rebelling against the tyranny & violence of the wealthy & powerful. Folks understand that when it’s the Boston Tea Party, but act like they don’t when it’s ppl challenging white supremacy.” 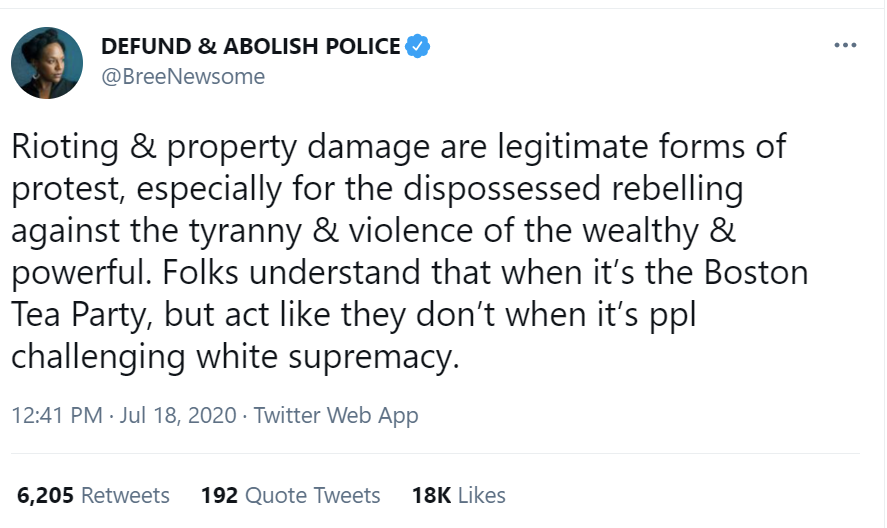 Just to be clear, Newsome is endorsing “the use or threat of violence, disorder, or terror to the public and resulting in a disturbance of the peace.” 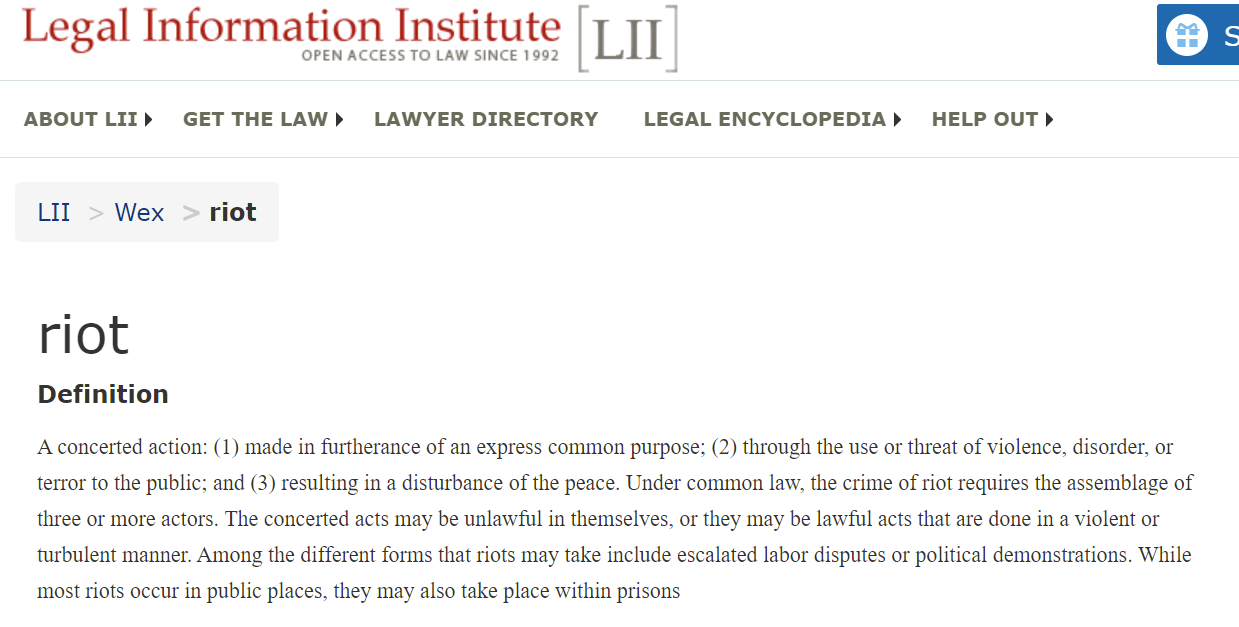 Just writing, reading, and saying those words is stupid, but it gets even dumber when you actually encounter them.

It reads, “Michael clocks out for lunch from his post on the Upper East Side of Manhattan, and sits down to eat in the employee lounge. Another security professional, Cindy, is just finishing up her lunch and notices that Michael has a small sandwich and a bag of apple slices.”

The slide continues, “She exclaims, ‘What kind of Italian are you? That is the smallest sandwich I have ever seen! Throw some meat on that bread or bust out some pasta and gravy, you big ‘paisan.’ Your gonna be starved by the end of your shift!'”

It concludes by asking, “How do you think this makes Michael feel? Is Cindy implying that Michael needs to eat more food because he is Italian? Do you think Cindy’s comment could have offended others in the employee lounge?”

That’s right we’ve got a diversity slide about making jokes about food. That’s the level of stupid we are at in society now. 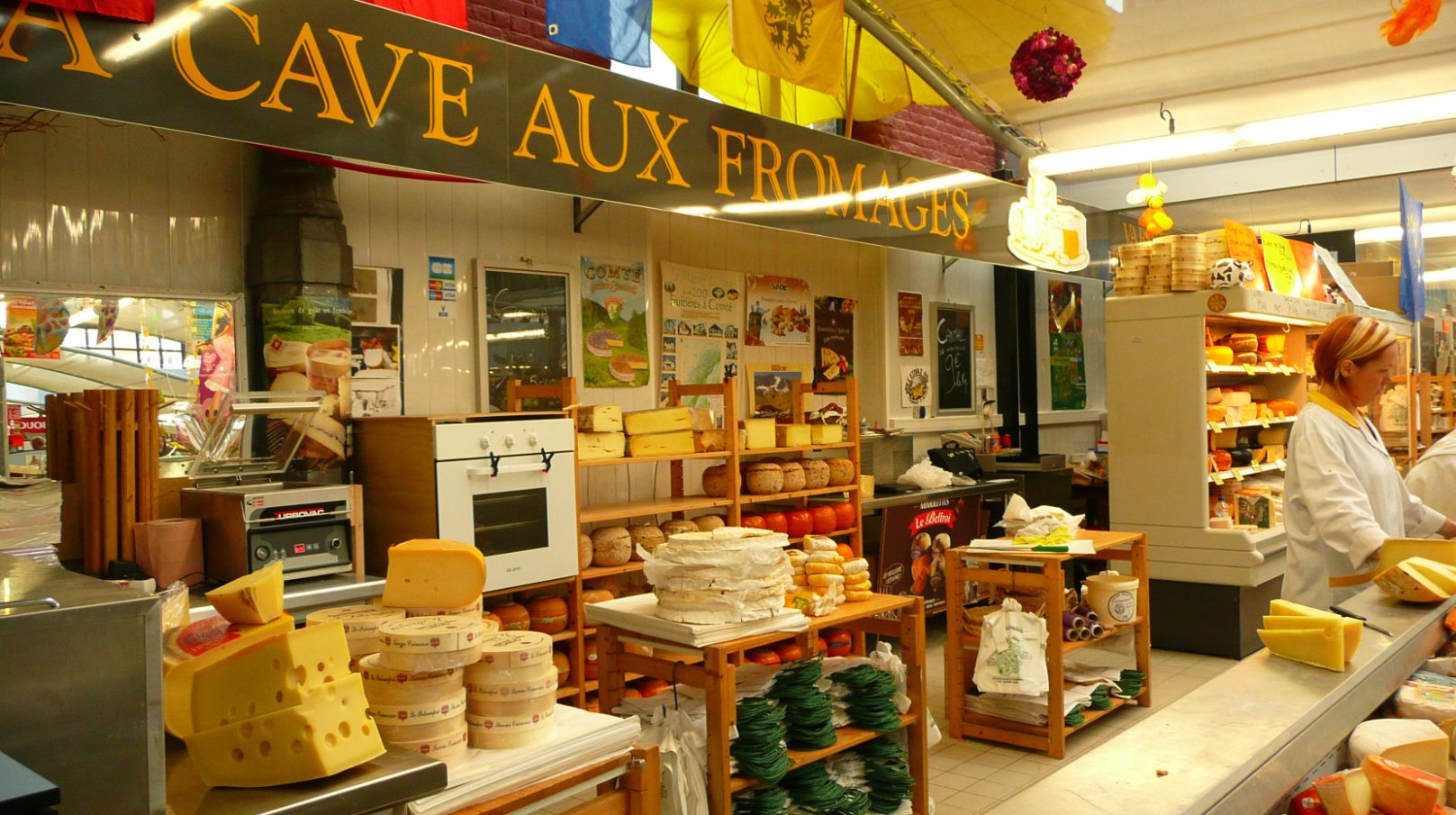 According to Express over in England, an activist named Alison Plaumer from Extinction Rebellion showed up at a Brighton and Hove City Council meeting and claimed that dairy products are racist.

She showed up at the meeting campaigning for a petition for more plant-based meals in schools.

Plaumer stated, “Arguably, there is a racist element to serving dairy too much because 65 per cent of the world’s population are lactose intolerant, many from the BAME (black, Asian and minority ethnic) community.”

She added, “Loads of parents around here give lots of support to this. What do children want? They want action. They want it now.”

Rosanna Arquette wrote on Twitter, “The R in Republican Party stands for RACIST.”

Arquette is the same washed-up actress who tweeted back in August 2019, “I’m sorry I was born white and privileged. It disgusts me. And I feel so much shame.”