Bandai Namco just announced the release date for their latest game in the long running Tales series, Tales of Arise.

Not only did they announce the release date, but they also release a brand new trailer.

The game will release later this year on September 10th for PlayStation 4, PlayStation 5, Xbox One, Xbox Series X|S and PC.

According to a press release, “Players will be immersed in the story of Rena, the star that has been ruling the Dahna planet with an iron fist for the past 300 years.”

It goes on to detail, “Renans have been depleting Dahna of its natural resources, enslaving most of the planet’s population in order to do so.” 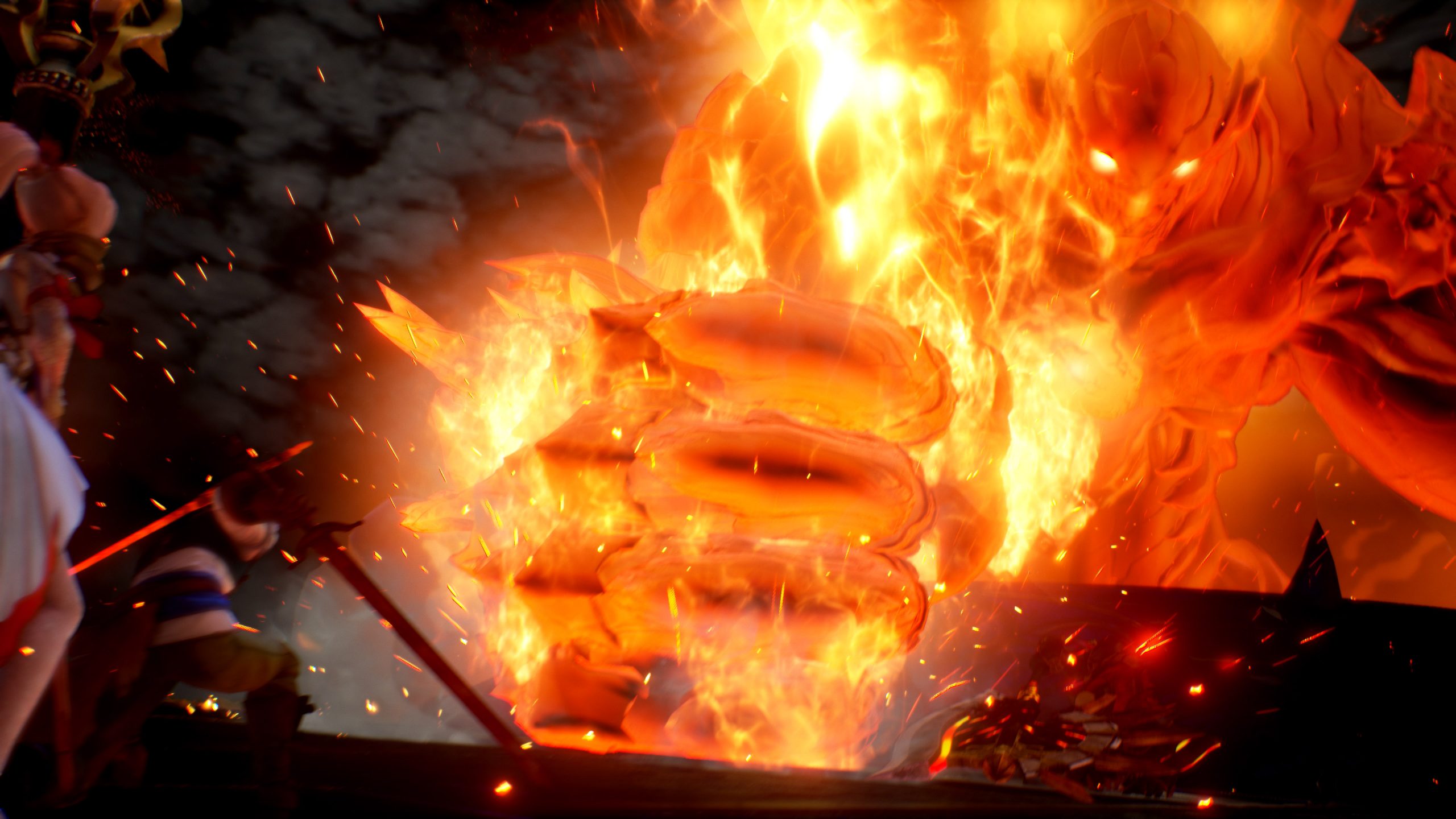 “This tale follows the fight to free Dahnans of their fate and will be experienced through the eyes of Alphen, an iron-masked Dahnan fighting to free his people, and Shionne, a girl from Rena, who’s on the run from her countrymen,” the press release continues.

It adds, “They will be joined through their journey by various characters such as Rinwell and Law, that will help them in their fight for freedom.” 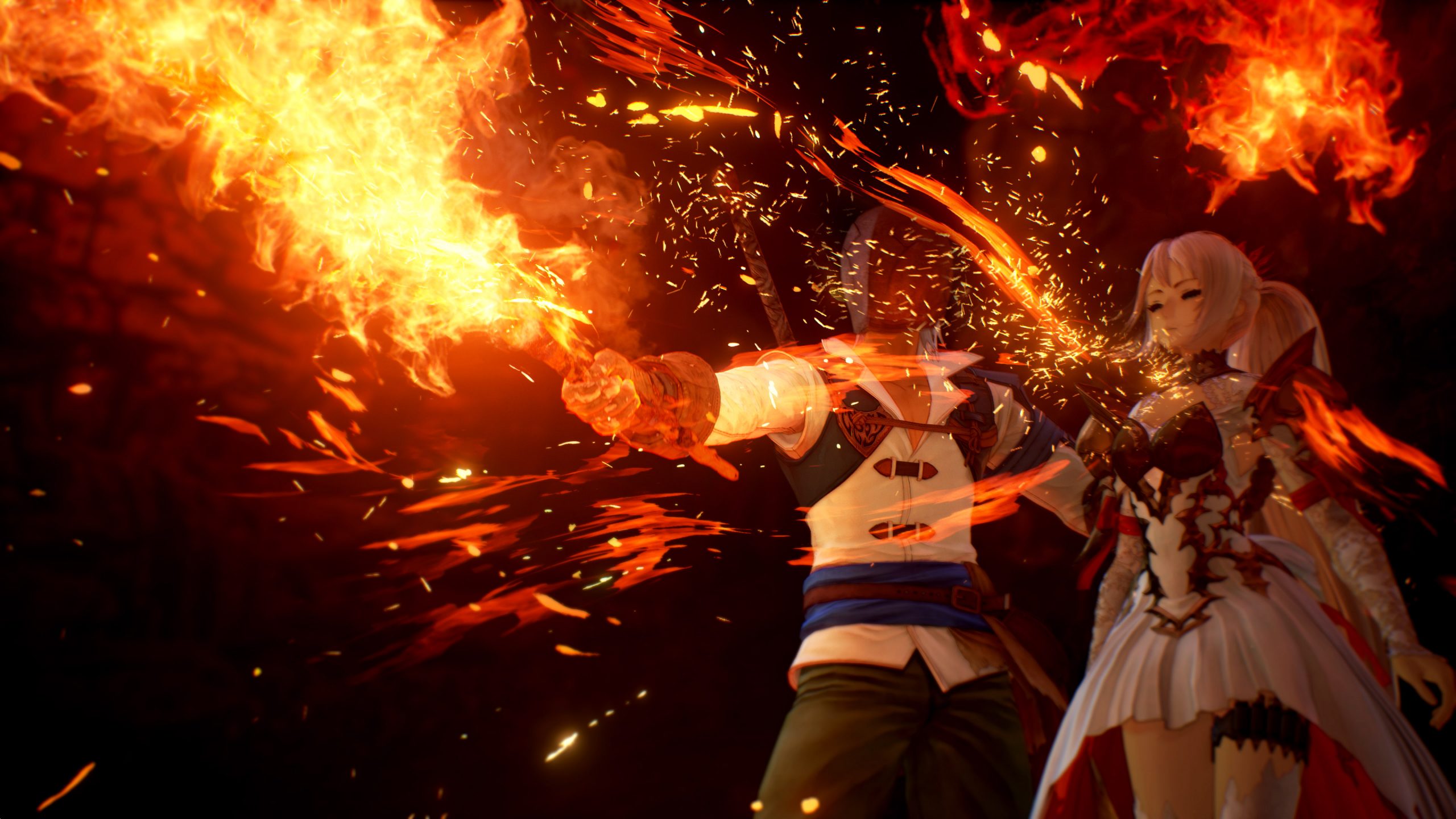 The game will feature Bandai Namco Studios’ “Atmospheric Shader” which is said to make the game’s graphics look hand-drawn. Bandai Namco touts it “will enhance the player’s immersion, along with a vivid new world where they will explore numerous biomes.”

Not only are they touting the game’s graphic, but they note that “combat has also evolved adding more direct effects and attacks, to provide a better sense of spectacle and more direct player feedback based upon their actions.” 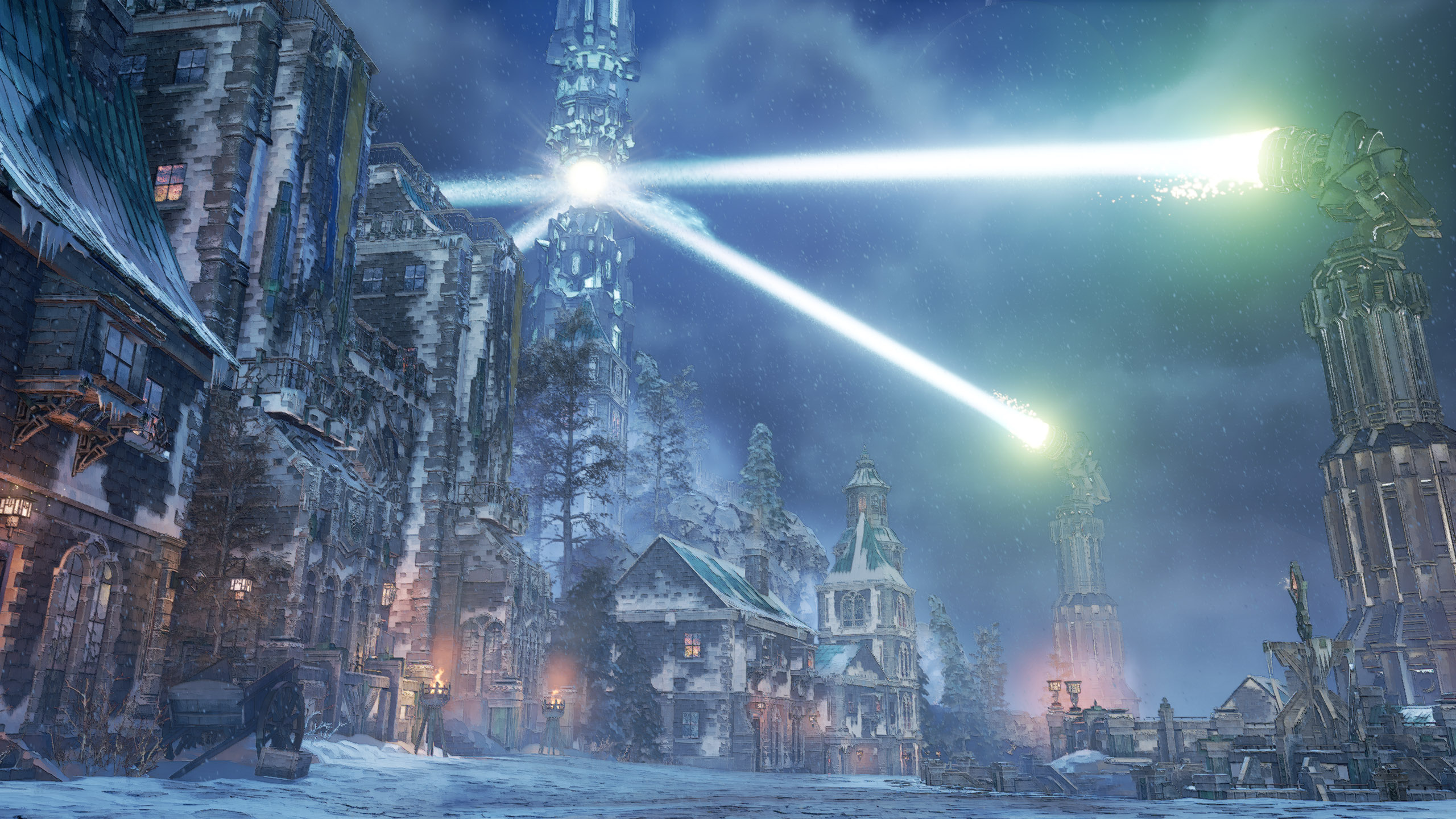 Tales of Arise producer Yusuke Tomizawa stated, “We want Tales of ARISE to represent a new milestone for the Tales of franchise.”

He continued, “The game has a new artistic direction, making the most out of the Unreal Engine and our newly developed “Atmospheric Shader” to push the graphics quality, and make players feel like they are in a painting.”

“With a story that is more mature and hits on more essential themes than previous games we hope players will be fully immersed in Alphen and Shionne’s journey. We can’t wait for you to be able to play the game later this year, ”Tomizawa added. 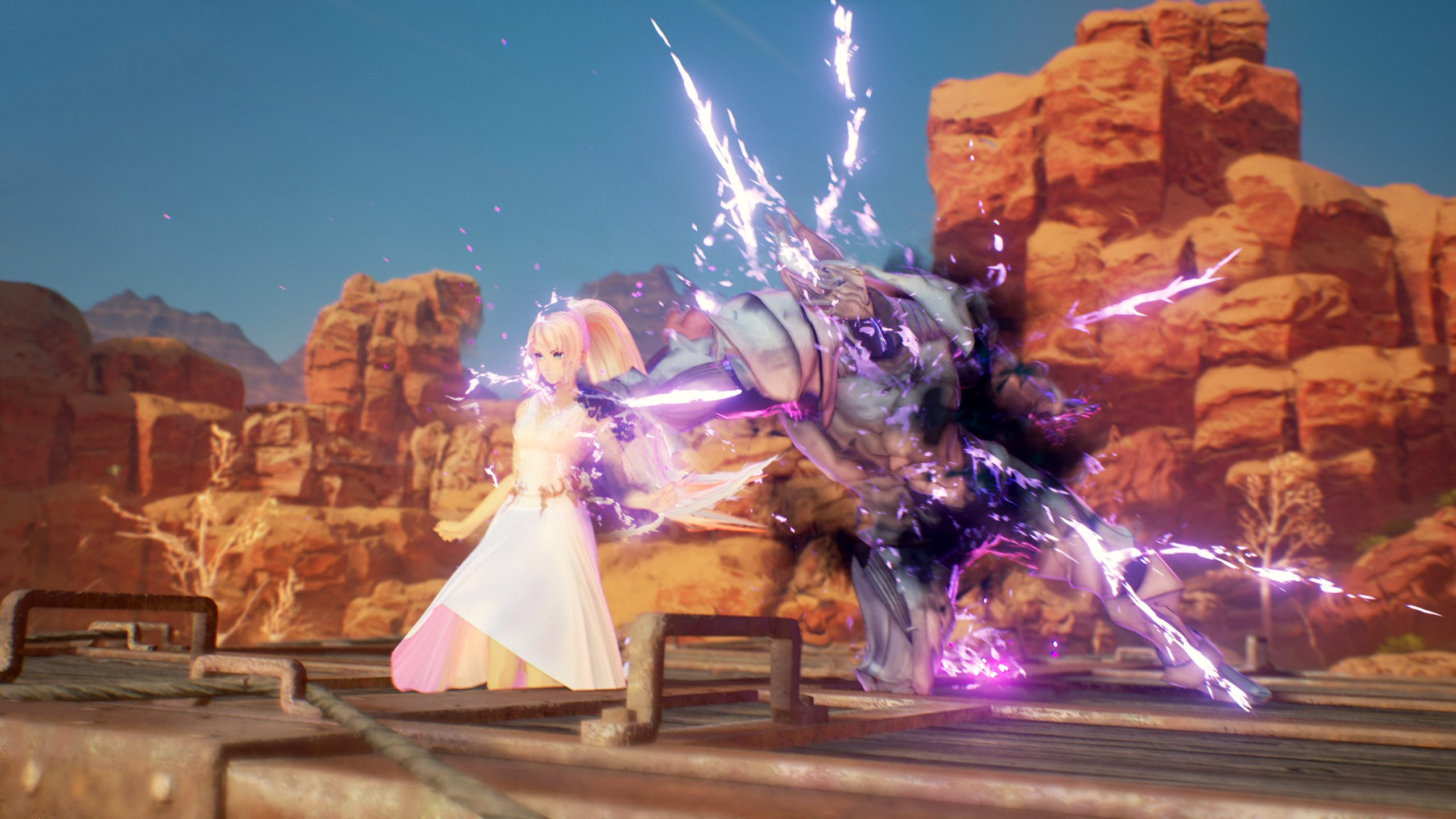 The game is currently available to pre-order for both physical and digital editions on all platforms.

All pre-orders will receive a new costume for both Alphen and Shionne. You will also receive outfit accessories and new cooking recipes and ingredients. 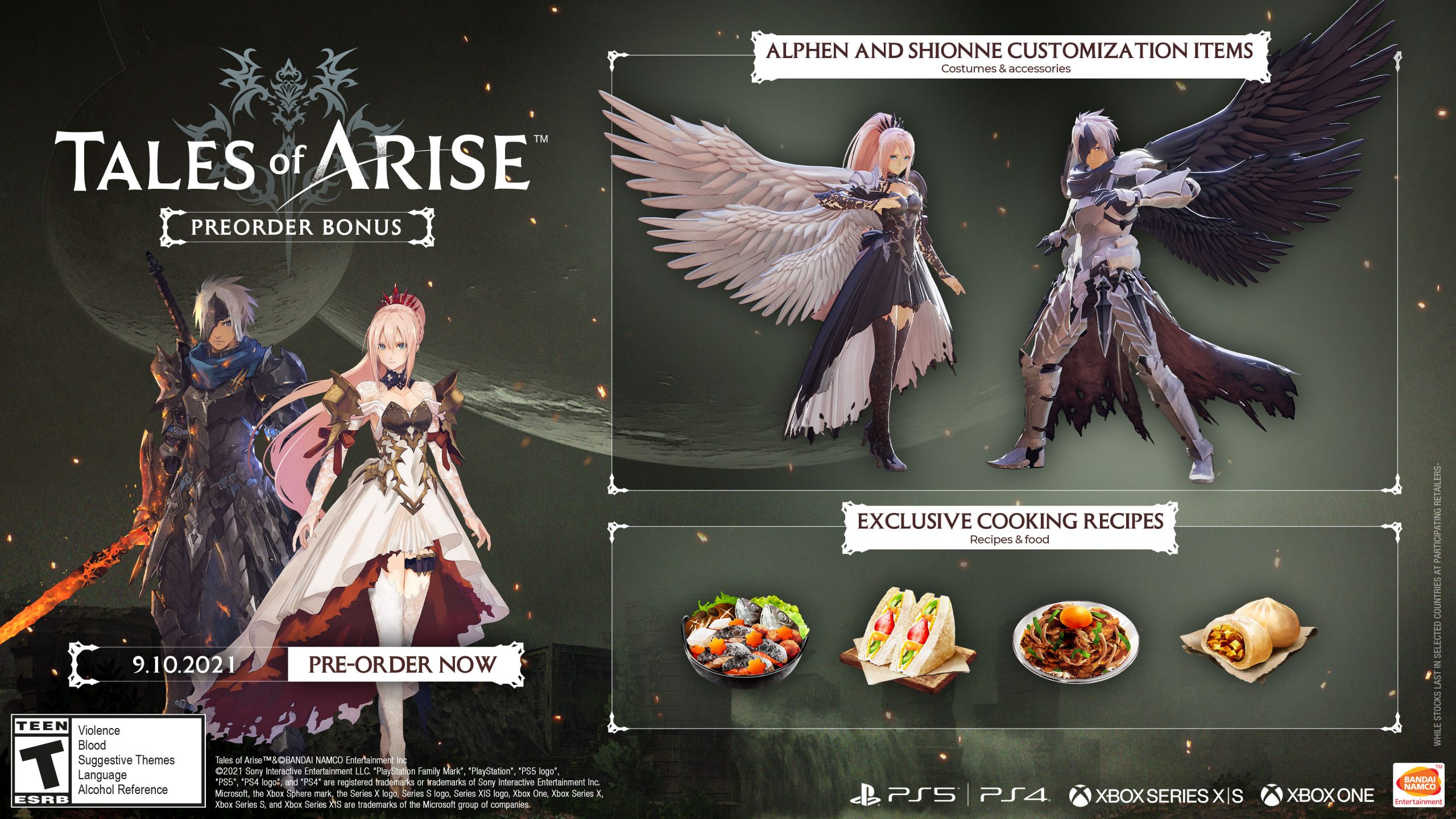 If you plan to pre-order digitally there are two editions available, the Deluxe edition and the Ultimate edition.

The Deluxe edition provides players with a Premium Item Pack that contains gold, cooking items, and Boosts. It also features a Premium Costume Pack that includes 8 full costumes and 6 accessories.

Finally, it also includes a Premium Travel Pack that allows for better cooking and crafting abilities as well as discounts in shops. 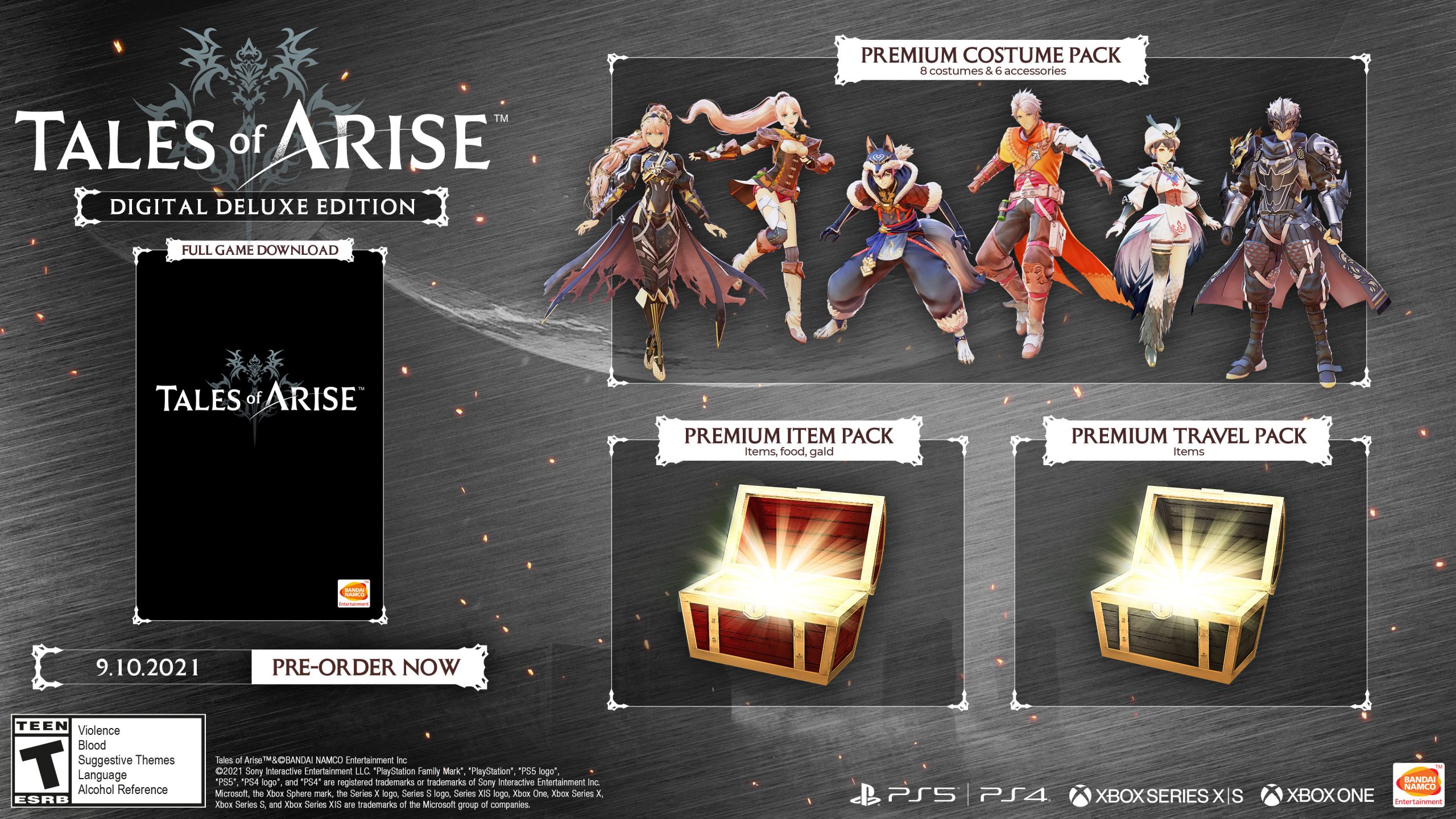 The Ultimate Edition will contain everything from the Deluxe edition, but will also feature “new costumes for the characters including special costumes in collaboration with other Bandai Namco Entertainment games.”

As you can see below, there will be a School Life packs, Beach Time packs, and Warring States packs on top of the Premium Costume Pack. 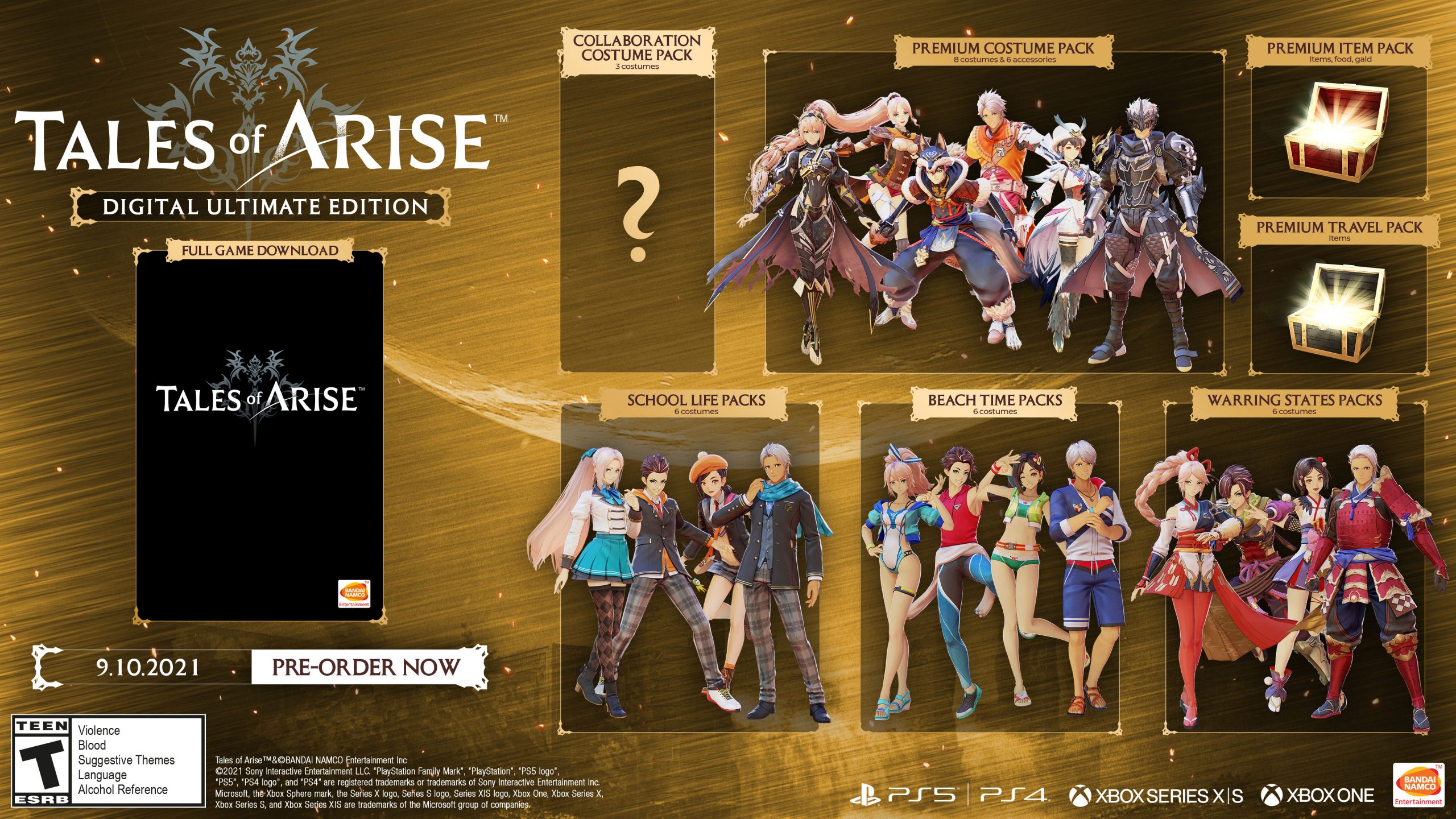 If you plan to pre-order a Collector Edition physical edition it will come with everything that the Ultimate Edition comes with. However, it will also include an exclusive figurine, a Steelbook, an artbook, and the game’s soundtrack. 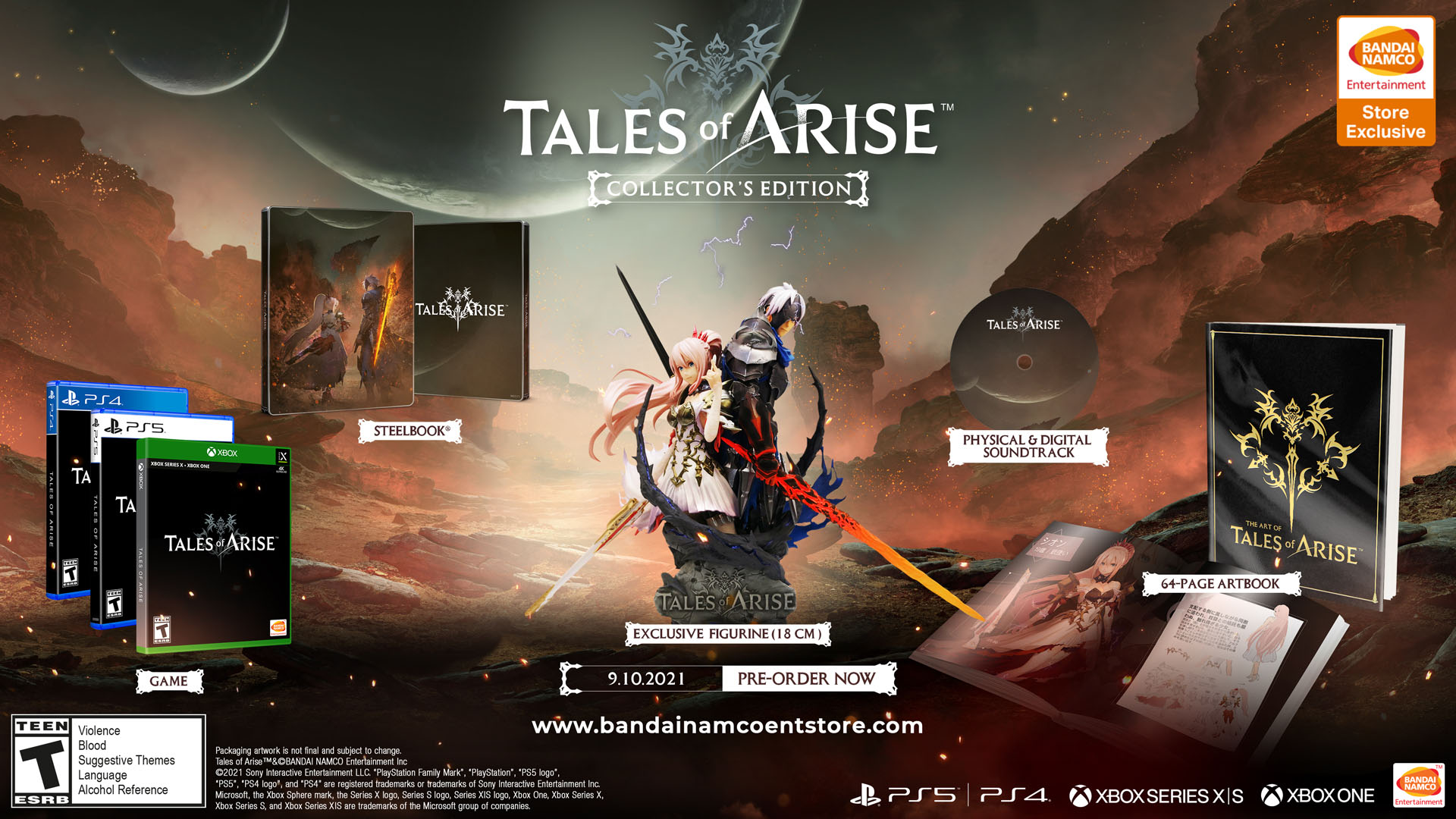 There will also be a special Hootle Edition. This edition will include a metal case, an artbook, the soundtrack, a 15 cm Hootle plush along with four accesories. It will also include Hootle DLC as well as stickers and three art prints.

Are you looking forward to Tales of Arise?