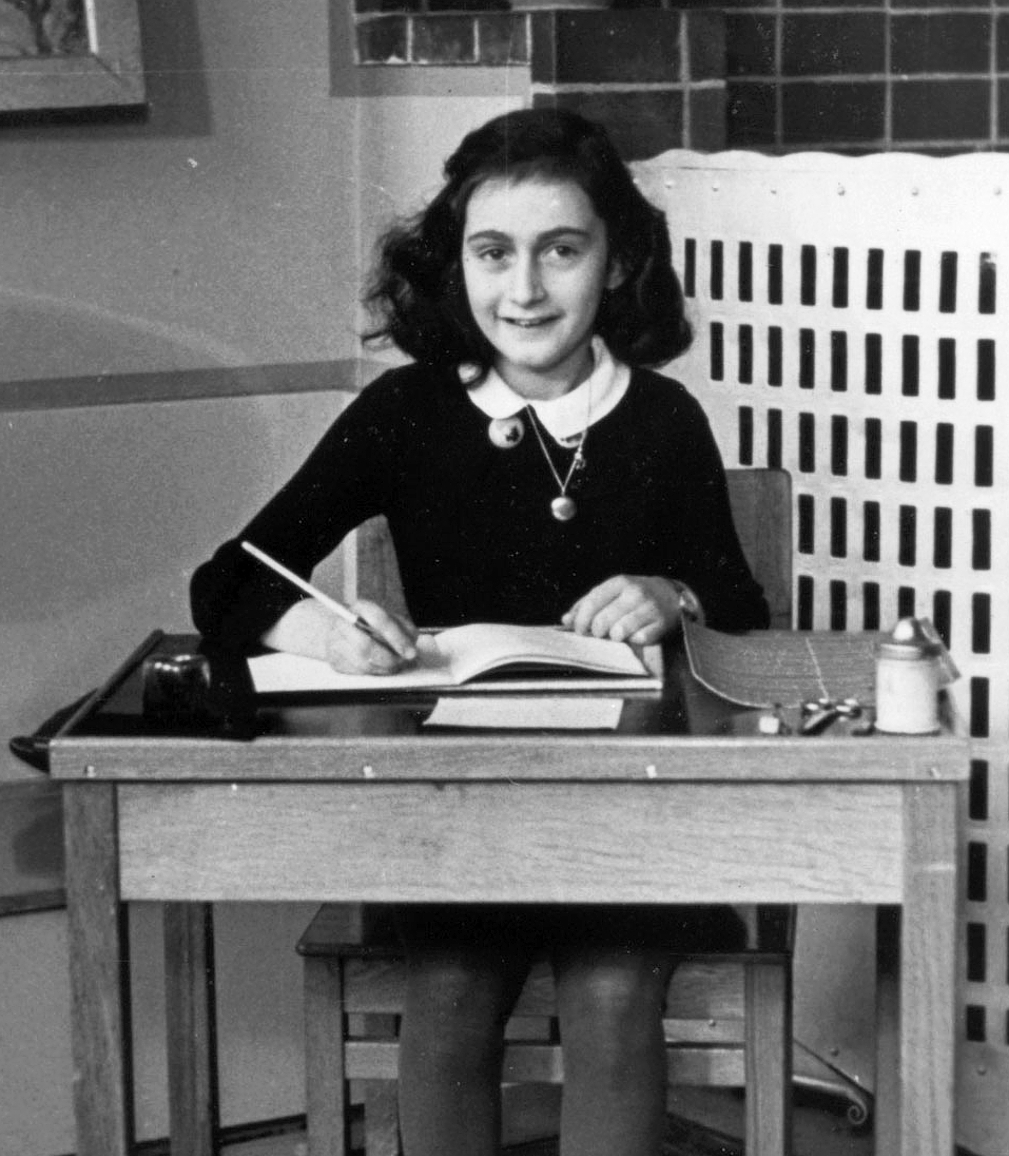 This might take the cake as the all time stupidest thing we’ve ever covered on The Daily Stupid.

First off, this group called Black Hammer claims they have liberated 200 acres of land in Colorado so they can build a city called Hammer City.

They posted a bunch of pictures claiming they liberated the land, but it honestly looks like they just went on a hike. It’s unclear if they paid for it. 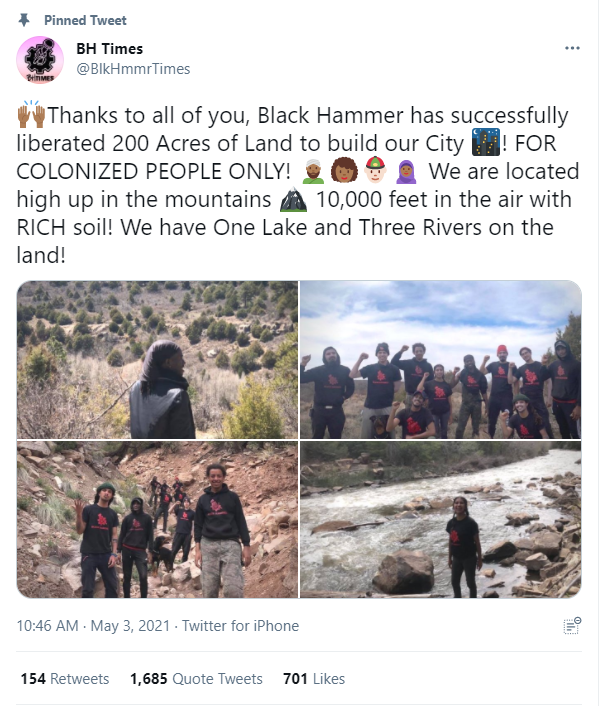 Nevertheless, they have a GoFundMe to raise $500,000 and have currently raised $64,682. The GoFundMe claims they are raising money to purchase land, survey the land, conduct soil testing, closing costs, creating an LLC, lawyers’ fee and building permits.

Honestly, if you’ve seen the Netflix documentary Wild Wild Country, it looks like a low rent version of what they did in Oregon. Except they actually created a community there. 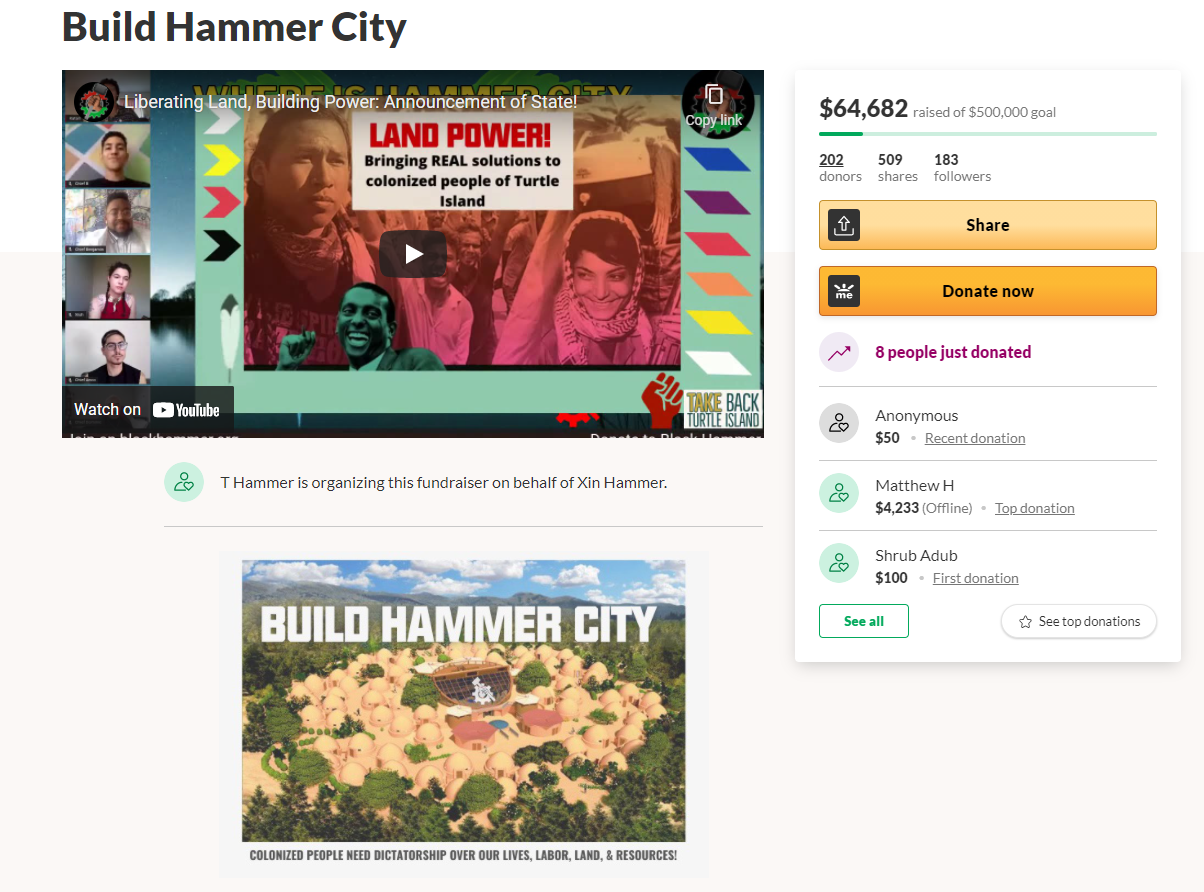 Not to mention Black Hammer is clearly racist against white people.

They tweeted, “We are anti-colonizer. And we, as well as everyone else, know exactly what the colonizers looks like. They ain’t Asian, they ain’t Indigenous, they ain’t African, they’re yt.” 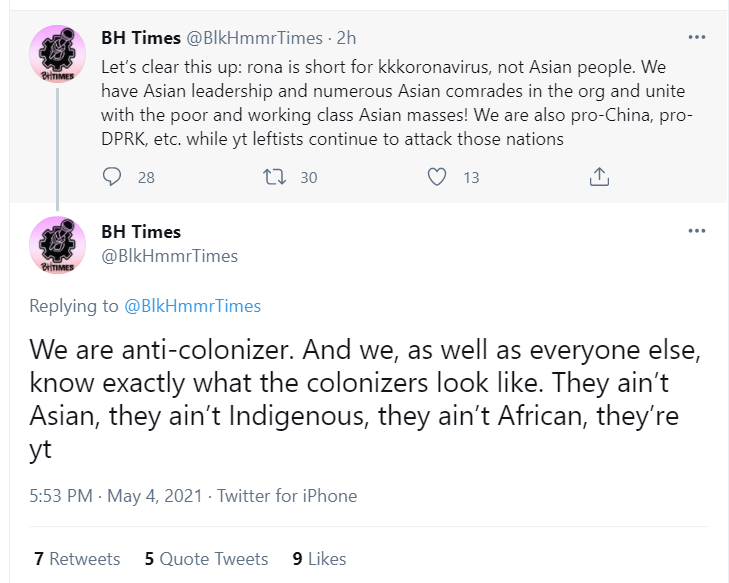 But what really pushes this one over the top is the fact that the group claims that Anne Frank is a colonizer.

And they claim she is a colonizer because she’s white.

They wrote, “Anne Frank is literally amerikan propaganda used to silence colonized people on the harm yt jews are doing today to colonized people…therefore here is some political education, courtesy of Malcolm X, y’all need it.” 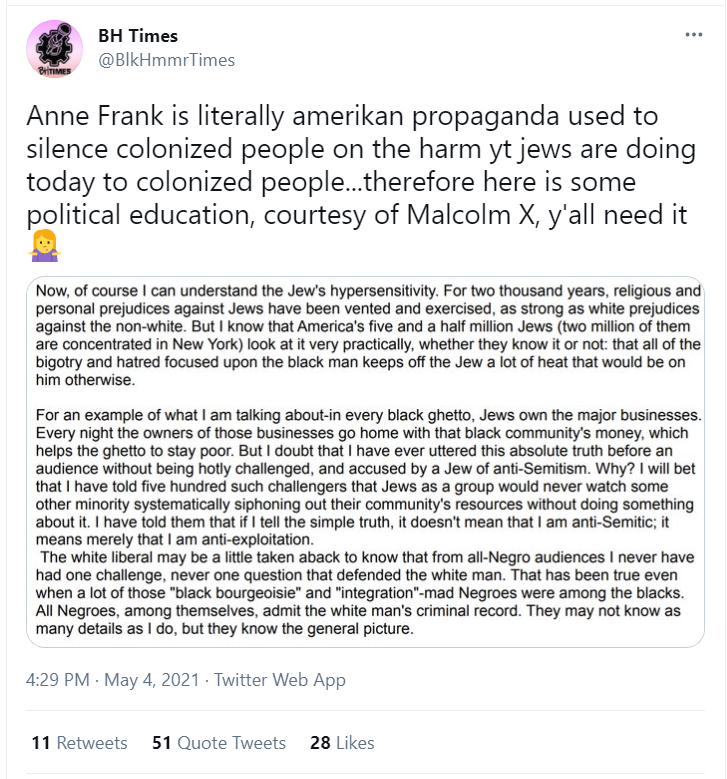 Does it really get any dumber than this? It’s complete and utter idiocy.

As reported by UK news outlet The Times, students at the Anderton Park primary school are being encouraged to call out “sexist” language, with female students even being taught to hold up protest signs when a teacher utters any word or phrase which have been banned from the school’s campus.

Anderton Park’s ‘anti-sexist language’ training, which “starts in the nursery with children as young as three,” also rewards students who successfully call out ‘sexist language’ with a certificate of recognition.

Banned language at Anderton Park ranges from such common phrases as “Let’s go, guys”, “Man up”, “Grow a pair”, and even the simple phrase, “Boys and girls”. The use of certain adjectives, “such as calling an assertive girl ‘bossy'”

Students are also taught to “monitor their reading books and worksheets for sexist stereotypes,” with weekly certificates being rewarded to the two “pupils who come up with the most telling examples”.

Sarah Hewitt-Clarkson, the school’s head teacher (the English equivalent of a principal), explained that “The phrase ‘Good morning boys and girls’ is not used in this school. Instead all teachers say, ‘Good morning everyone’.”

“Girls have posters they hold up every time one of the teachers says, ‘Come on guys’,” said Hewitt-Clarkson. “The posters say, ‘Sir, I am not a guy.’ Sometimes the teacher still forgets and it slips out, but our training here shows that if you are resolute you can stamp this out.”

She continued, noting that “So many people use ‘running like a girl’ and think that is funny, but no one would say ‘running like a black’ … If you say ‘man up’ you are saying there is one way to be a boy and you are not following it. ‘Guys’ is an interesting example of how a word that signifies men has come to be used for everyone … We teachers must put a stop to sexist language.”

In Hewitt-Clarkson’s eyes, she is fighting against ‘rape culture’ in British society, as she believes that “all this sexism is a spectrum which extends from a teacher using the word ‘guys’ and not meaning anything harmful by it … to the rape, torture and murder of women.”

“All these things are part of a jigsaw that suggests girls are lesser than boys,” she added. “We have to unpick all the ways that that idea is drip-fed into our consciousness.” 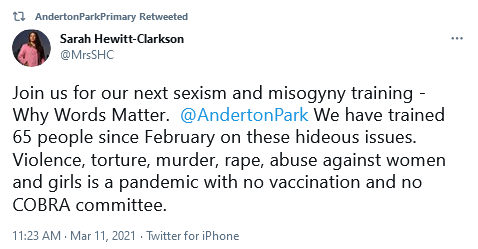 The continued march of critical social justice theory into primary education continues to grow ever more insane, as we have now reached a point where students are being taught to feel guilty for not abiding by a school of thought they don’t even understand and are praised for being hypersensitive woke scolds.

Furthermore, while writing this, I’m genuinely at a loss for words regarding Hewitt-Clarkson’s absurd assertion that casually using the word ‘guys’ feeds into a societal machine that encourages the abuse of women, as it feels like nothing more than critical social justice theory-based fearmongering.

As said to The Times by former primary school head and current chairman of the Campaign for Real Education Chris McGovern, “It gives them a sense of guilt . . . We are loading onto the backs of young children the angst and concerns of adults.”

Welcome to The Daily Stupid, Anderton Park (and specifically Hewitt-Clarkson). I somehow doubt this is the last we’ll hear from you.