After more than 400 days since the pandemic forced Disneyland to close, the Anaheim, California theme park finally opened its doors last Friday, and social justice warriors have already found something about it to throw a fit over. 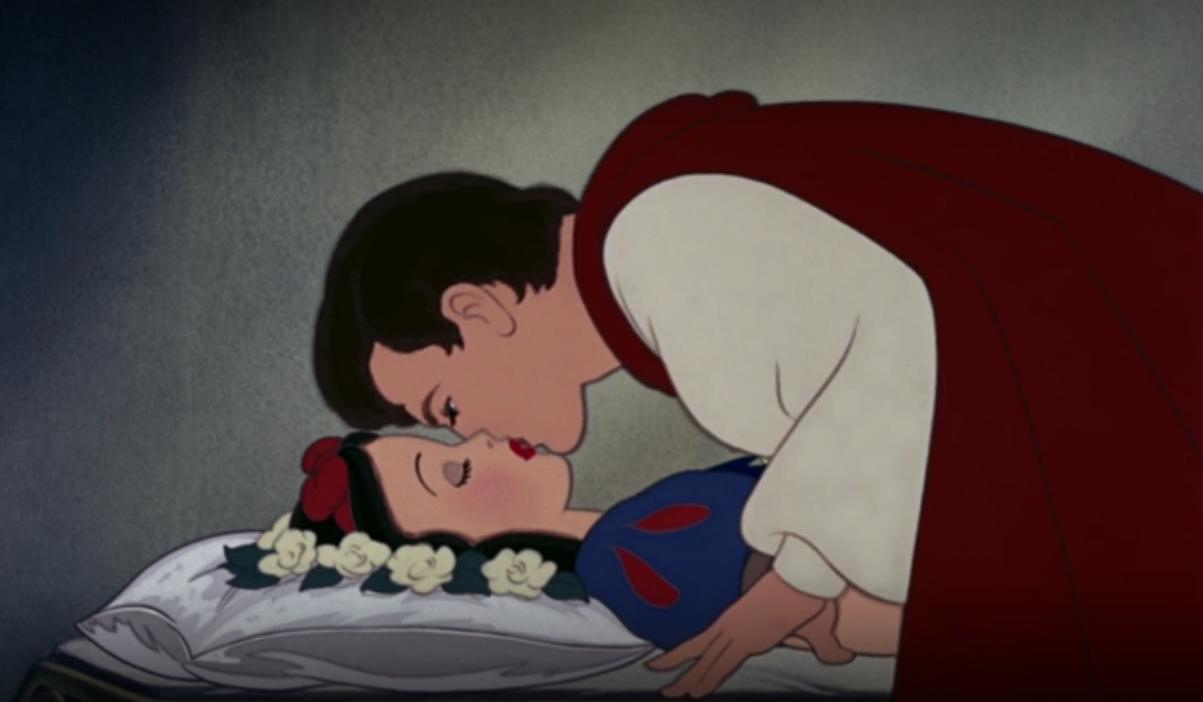 According to Dowd and Tremaine, the kiss that Prince Charming gives Snow White is “problematic” because it is non-consensual, although they do praise the ride itself for what it is.

“Let’s get this out of the way first: Snow White’s Enchanted Wish, the revamped ride that replaced Snow White’s Scary Adventures in Disneyland, is really good,” reads the opening sentence of Dowd and Tremaine’s article. “The attraction preserves much of the charm of what originally opened in 1955 at the park’s debut, but gives it a more cohesive storyline that’s true to the 1938 movie. It also adds in the movie’s biggest problem — but we’ll get to that in a minute.” 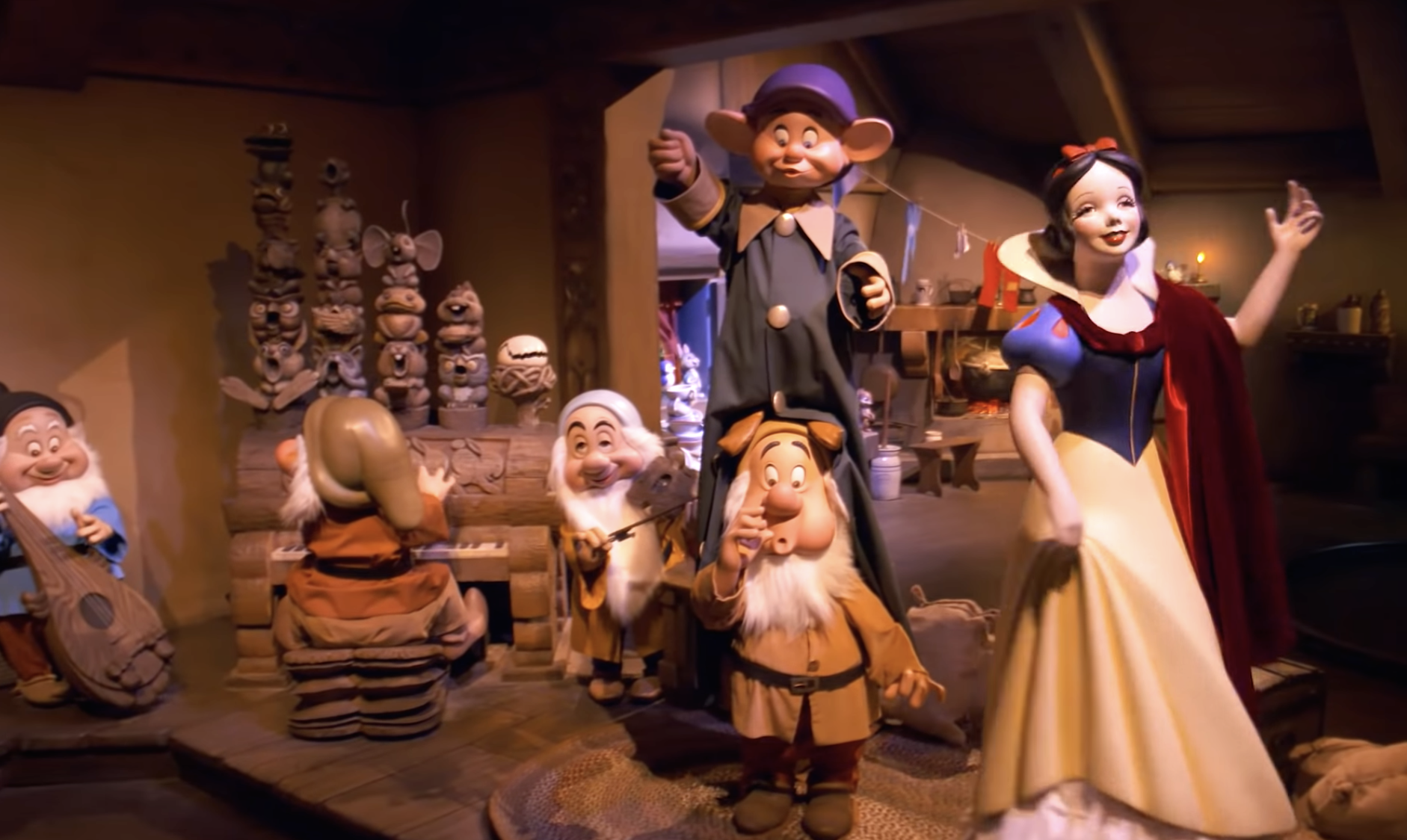 The authors then go on to explain how this “non-consensual kiss” is problematic, failing to understand that this kiss is what saved Snow White’s life.

“A kiss he gives to her without her consent, while she’s asleep, which cannot possibly be true love if only one person knows it’s happening,” the authors fervently add.

It didn’t stop there, since they also claim that this “problem” is something that can be found in more than one of Disney’s early movies, although they don’t mention which are the movies they are alluding to. 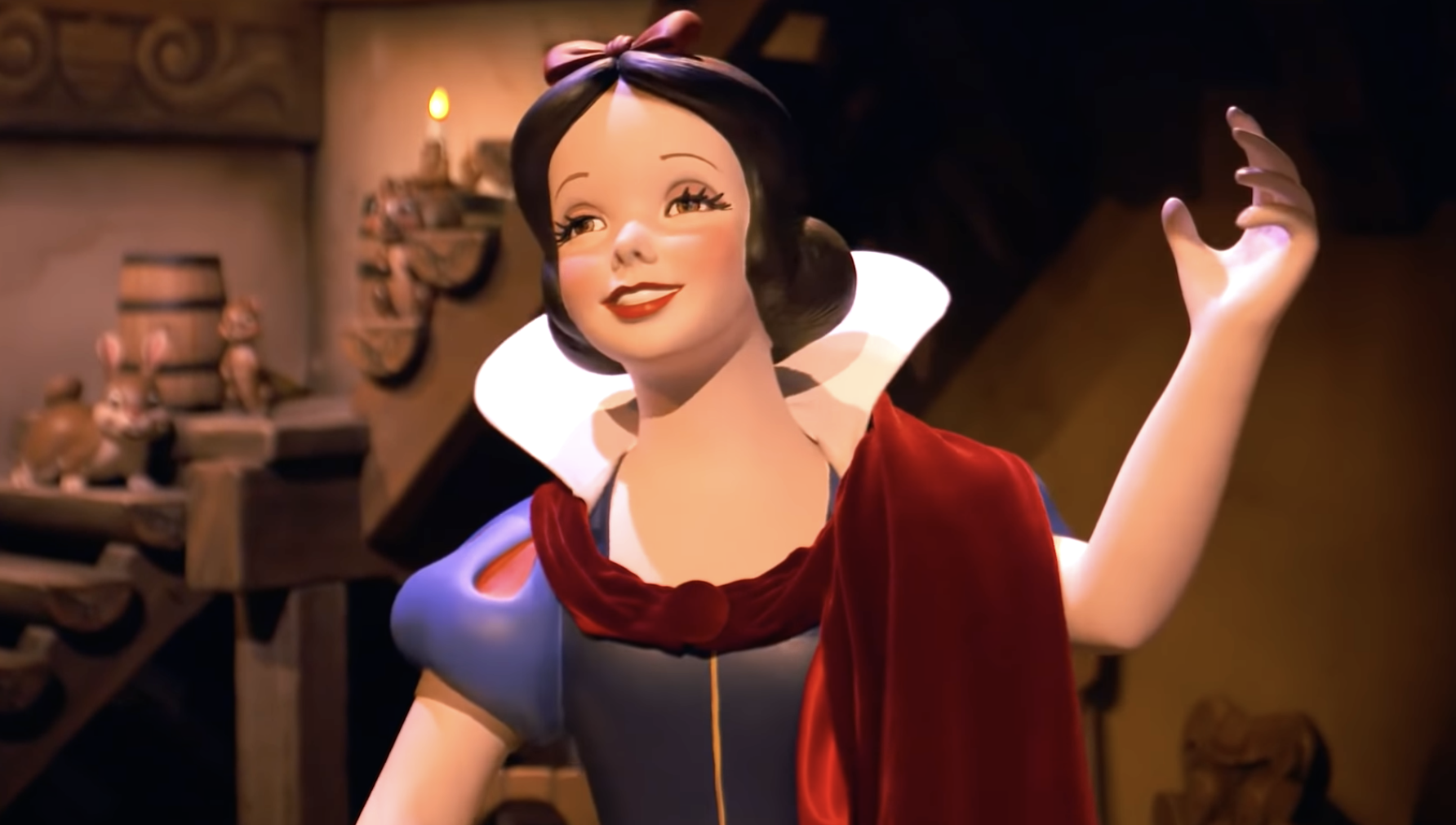 The authors stated, “Haven’t we already agreed that consent in early Disney movies is a major issue? That teaching kids that kissing, when it hasn’t been established if both parties are willing to engage, is not OK?”

As if that wasn’t enough, the Dowd and Tremaine also come up with a solution to this “problematic” depiction of the iconic scene from the critically acclaimed and classic animated movie by suggesting that the ending could be re-imagined.

“Why not re-imagine an ending in keeping with the spirit of the movie and Snow White’s place in the Disney canon, but that avoids this problem?” the authors express in their review for the new Snow White: Enchanted Wish ride. 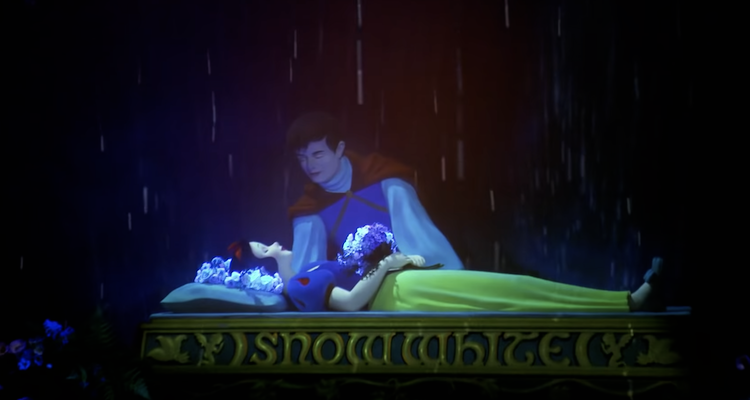 Dowd and Tremaine’s article did not get the reaction they were hoping, as after its publication, Twitter users called out the authors and their hypocrisy for their poorly-thought-out take on Prince Charming and Snow White’s kiss.

All of the following reactions were lifted from SFGate’s tweet sharing of Dowd and Tremaine’s rather controversial article, in which the news outlet proclaimed that “One of the major issues from the 1938 movie has been added.” 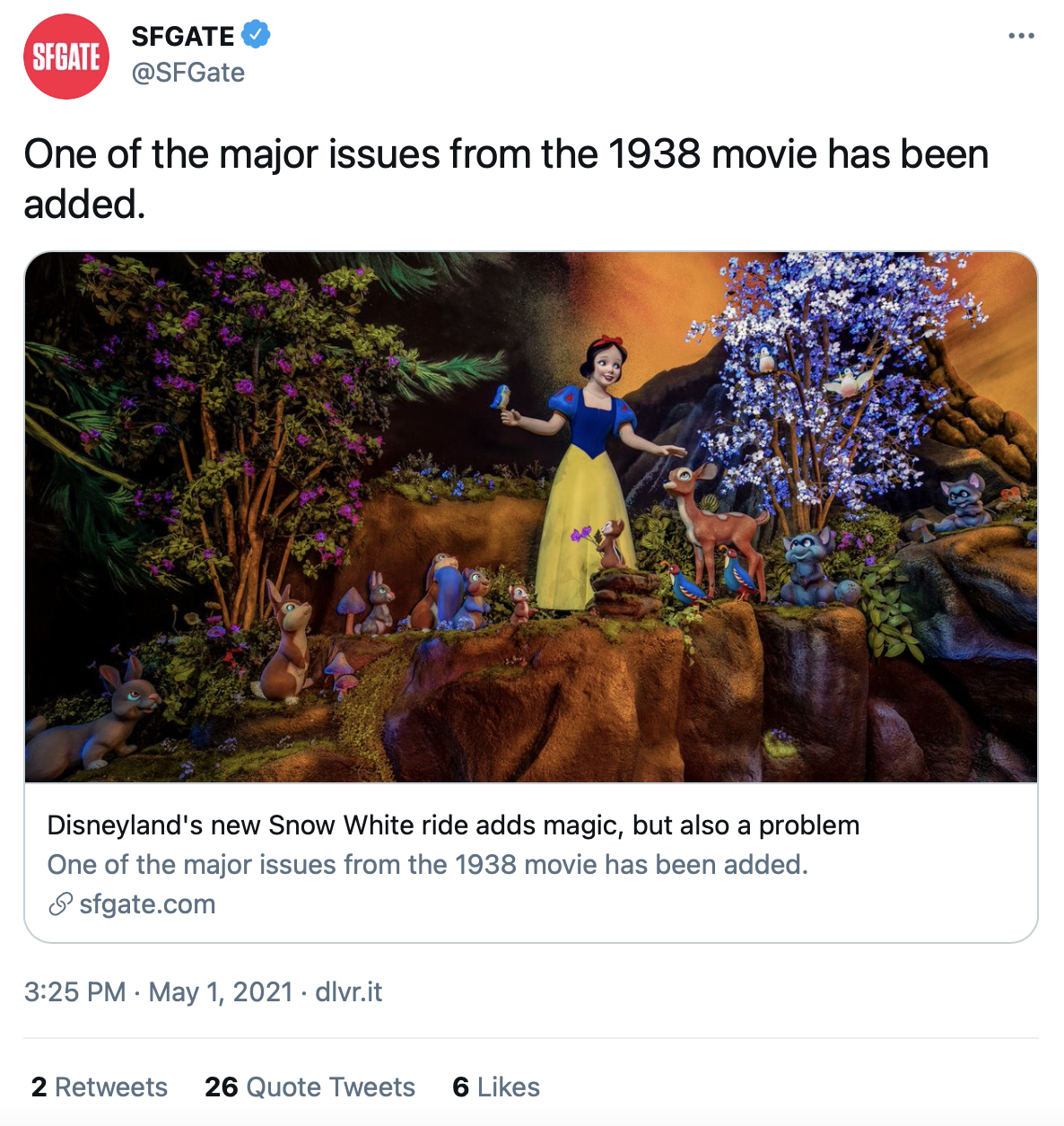 “I feel absolute sadness for the authors of this article,” reads a comment shared by Twitter user @salgadodj76. “They are epitome of what is wrong with our culture. Its a cartoon. It’s 84 years old. Please use your voice to talk about “important” issues. Be better.”

“So @sfgate is on record for leaving Snow White alone in the forest in a state of living death for eternity. Got it,” commented Twitter user @MajorGooseage. He makes a very valid point; had it not been for Prince Charming’s kiss, Snow White would’ve died waiting for the “true love’s kiss.”

Twitter user @caulixtla chimed in and dropped a bit of trivia that the SFGate authors obviously overlooked when they complained about the kiss, explaining “consent to kiss was established in the story.”.

“Actually,” they added, “more like, Snow White already gave the prince indicators of interest such that a reasonable person would take a chance and go for the kiss, which is how real-world dating works.”

“I don’t see how its an issue at all? We all know the story, he didn’t kiss her with ill intent,” said @Lassharleymari1, while also adding that, “She ate the apple was cursed. Looked like she was dead so he wanted to say goodbye and then boom she’s alive again.”

“Worse [sic] article I have ever read in my life,” Twitter user @CalvinFrank expressed in regards to SFGate’s take on the kiss in the recently opened Snow White Enchanted Wish ride. “You are completely out of touch to allow such an article,”

With yet another valid point, Twitter user @timbo1718 stated, “Well I guess tucking in your kids and giving them a kiss good night is also bad since they didn’t give consent…..” and noted that “The prince was not kissing her with malicious intent but to save her life. So silly.”

The article by Dowd and Tremaine is definitely a poor take on the iconic kiss from Disney’s classic Snow White, especially because the movie itself makes it clear that Prince Charming didn’t mean to take advantage of the situation, instead doing so to save Snow White’s life and bookend the fairytale with a happy ending.

What do you make of SFGate’s take on Prince Charming and Snow White’s kiss? Let us know in the comments section down below or on social media.