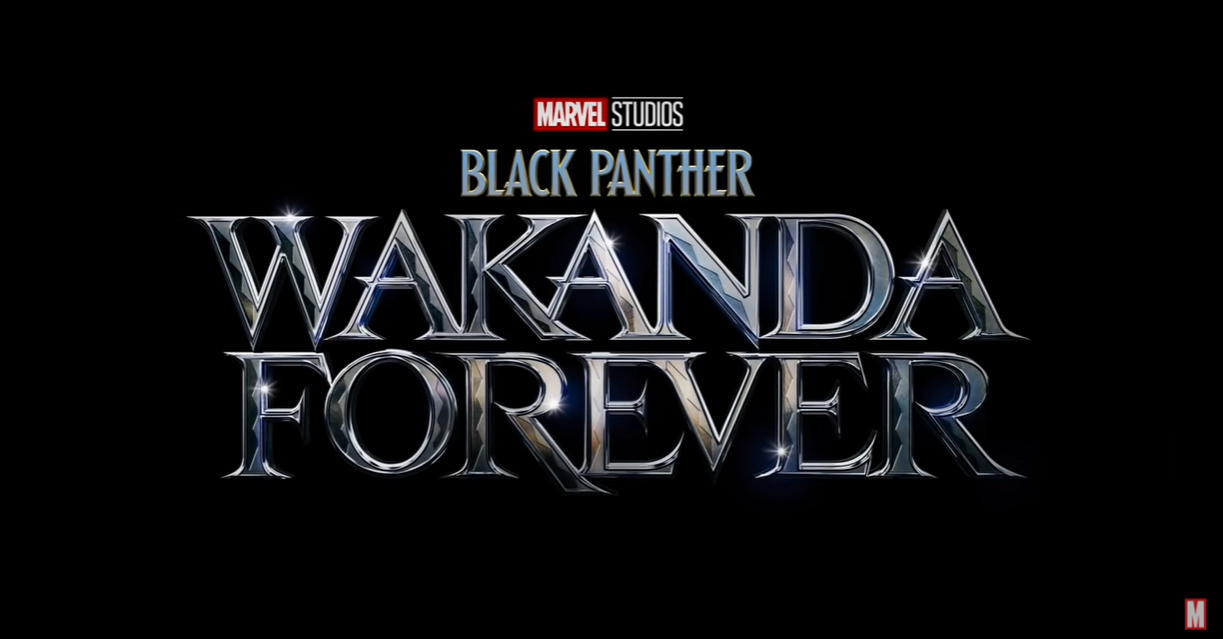 Now, we are getting a rumor about who the main villain for that film will be.

According to YouTube Channel Everything Always the main villain will be Namor.

Everything Always’ Michael Roman states, “We can now confirm that the villain for Black Panther 2 according to our sources is none other than Namor.”

Roman goes on to state, “With a title like Wakanda Forever, if Namor truly is the villain, this sets up a huge battle between Wakanda and the very obvious home of Namor, Atlantis.”

If you are unfamiliar with Namor, he first appeared in Marvel Comics #1 as The Sub-Mariner, which was then published by Timely Comics, the predecessor to Marvel.

In that first issue he’s descibed as “an ultra man of the deep…lives on land and in the sea… flies in the air… has the strength of a thousand men… is a youth of dynamic personality… quick thought and fast action.. from whence does he come, and what is his mission?” 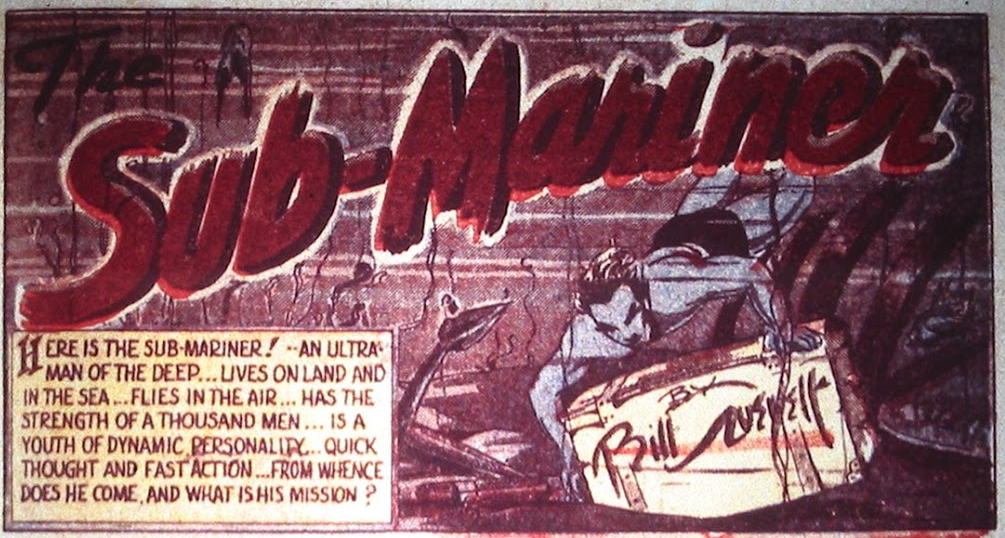 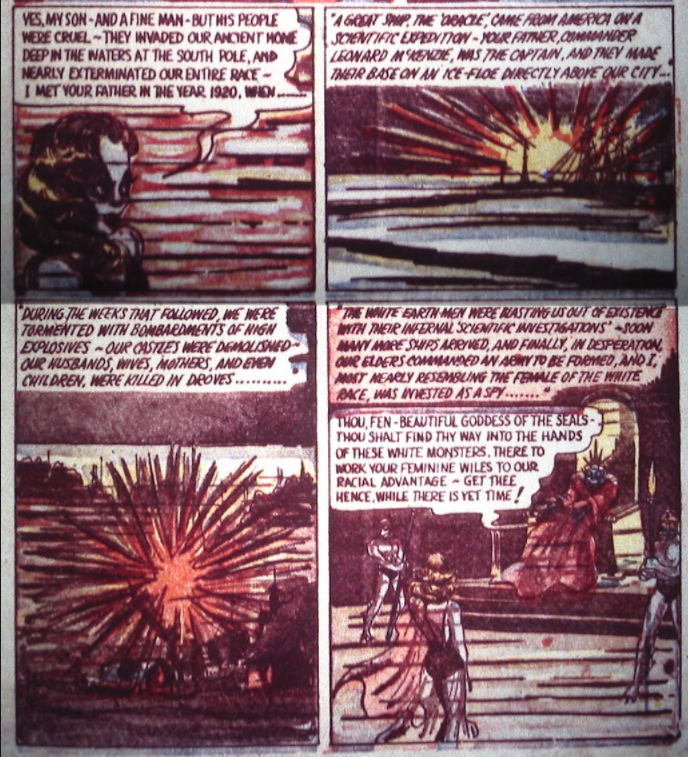 In fact, Kevin Feige would actually address whether or not the company had plans for Namor back in 2018.

Reporter Erick Weber reported that Feige told him, “Namor COULD make an appearance, still deciding IF & when.” 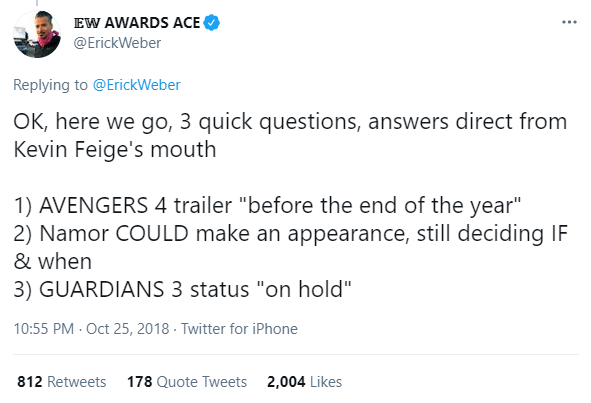 In March of 2019 there was a rumor that Namor might show up in the Doctor Strange sequel.

Doctor Strange director Scott Derrickson helped fuel that rumor when he tweeted out an image from the 2011 Fear Itself: The Deep comic book series that featured Doctor Strange and Namor. 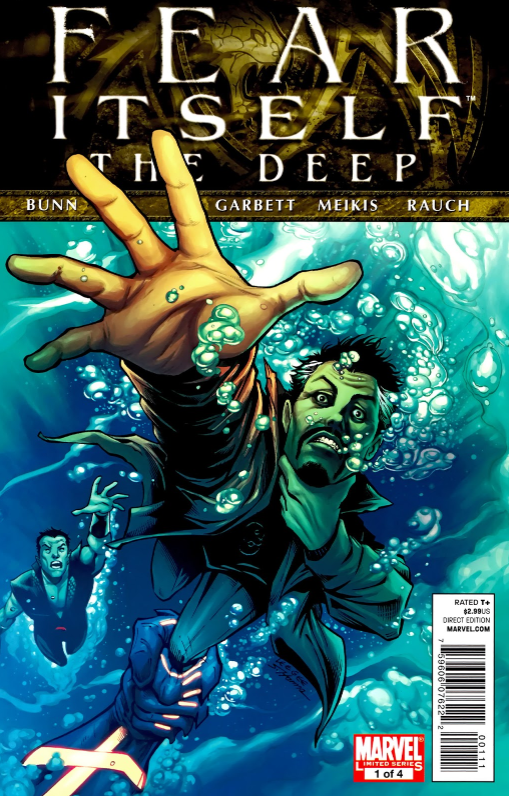 Source: Fear Itself: The Deep #1

Then in Avengers: Infinity War the character was seemingly referenced when Okoye, was leading Wakanda in the post-Snap world reported she was detecting oceanic earthquakes off the coast of Africa.

Directors Joe and Anthony Russo played coy when asked about whether or not it was a reference to Namor.

Joe Russo smiled and said, “Maaaybe.” Anthony Russo added, “Some people may interpret it that way.”

Joe then added, “It could just be an earthquake.” 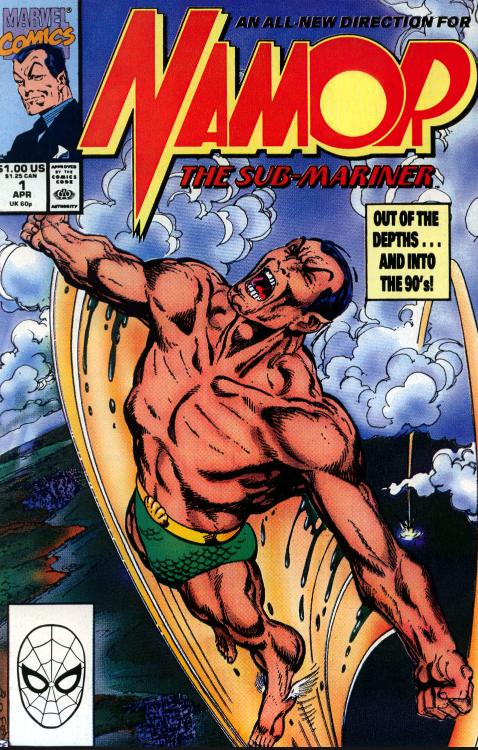 As for Namor showing up in the Black Panther sequel that rumor goes back to We Go This Covered in March 2019. The site claimed at the time, “The Sub-Mariner is expected to cameo in either Black Panther 2 or Doctor Strange 2.”

By August 2019, We Got This Covered claimed “the studio has chosen Namor to be the main antagonist of Black Panther 2.”

They added that Namor will be “trying to take control of Wakanda and become its ruler.” 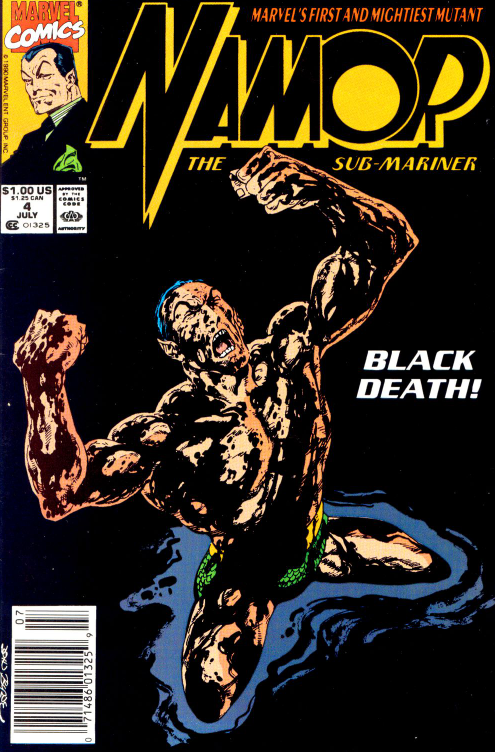 Following these rumors, scooper Mikey Sutton claimed in January 2020 that Namor would be part of the Illuminati following Doctor Strange and the Multiverse of Madness.

YouTuber TVO from Lords of the Longbox stated, “According to Mikey Sutton’s sources, Black Bolt, Namor, and Black Panther will apparently be joining this group of eggheads and the magic has only begun.” 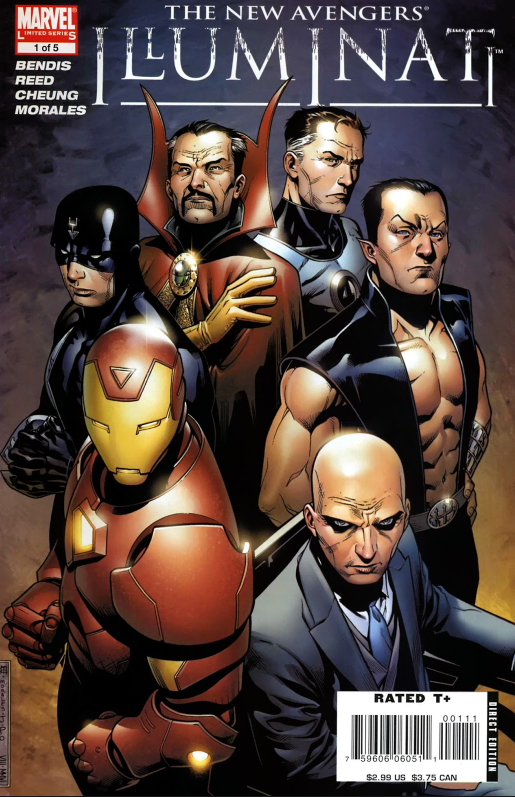 What do you make of this rumor that Namor will be the main antagonist in Black Panther: Wakanda Forever?