The year-long comic book event will be helmed by writers Scott and David Tipton. 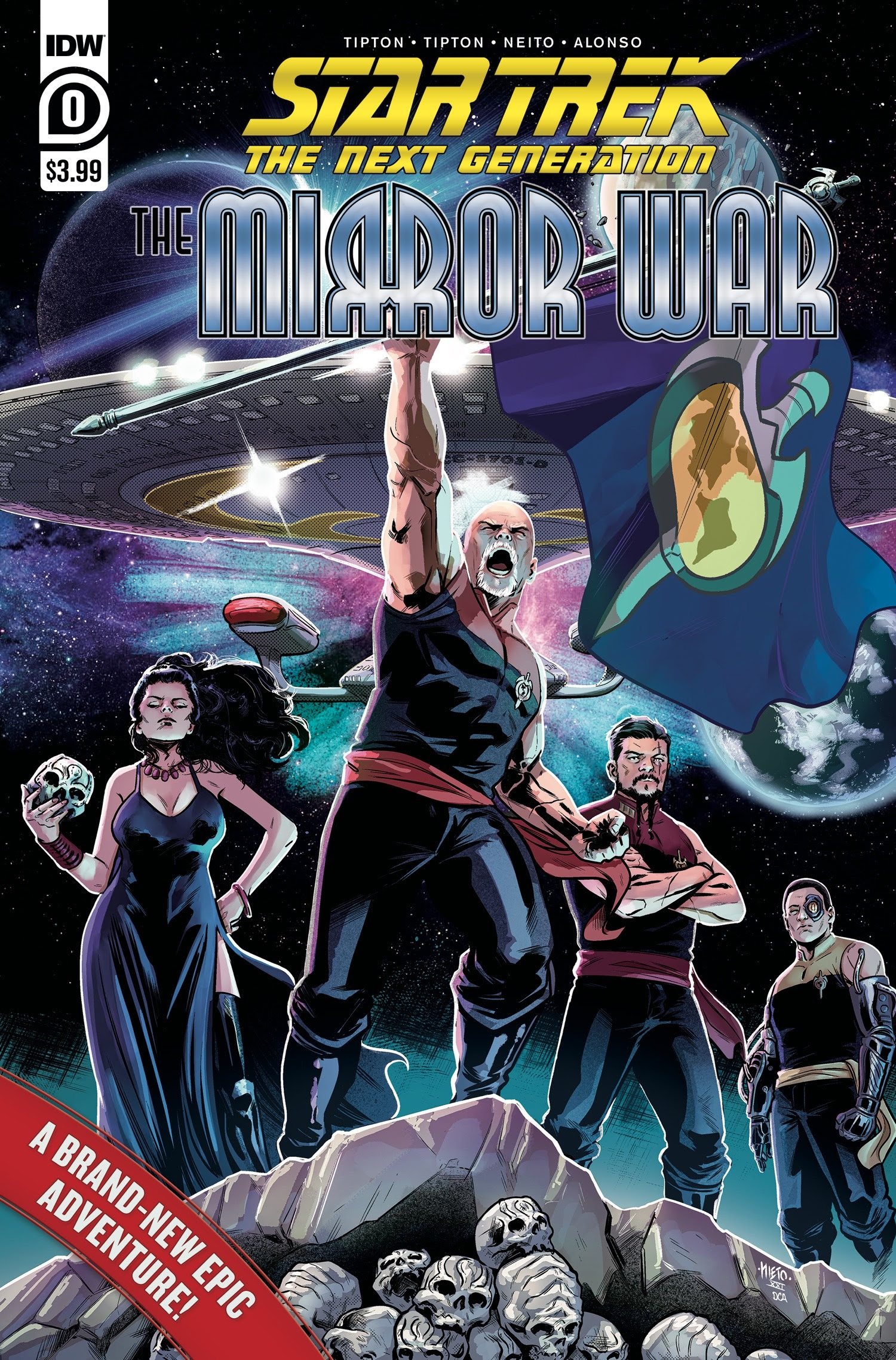 According to a press release the event “invites readers to witness what the galaxy could be like at the mercy of a Captain Picard whose greatness is measured in cunning and cruelty.”

The event begins in August with Star Trek: The Mirror War #0 with artist Carlos Nieto providing his talents alongside the Tiptons.

This zero issue will feature “a new story of ‘Mirror Picard’ as he’s summoned to Earth to face the wrath of his emperor, deftly weaving threads from past Mirror Universe tales in a way entertaining to newcomers and the initiated alike.”

Following the zero issue, the first issue launches in September and will run until issue 8. Along with these eight main issues, there will also be four tie-in specials.

The first tie-in special is set to premiere in December and will focus on Data. No other details about this one-shot special were revealed.

All in all there will be 13 issues and IDW claims it “will chart Mirror Picard’s path of conquest across all of the Mirror Universe, stoking the wrath of the Klingon-Cardassian Alliance along the way.” 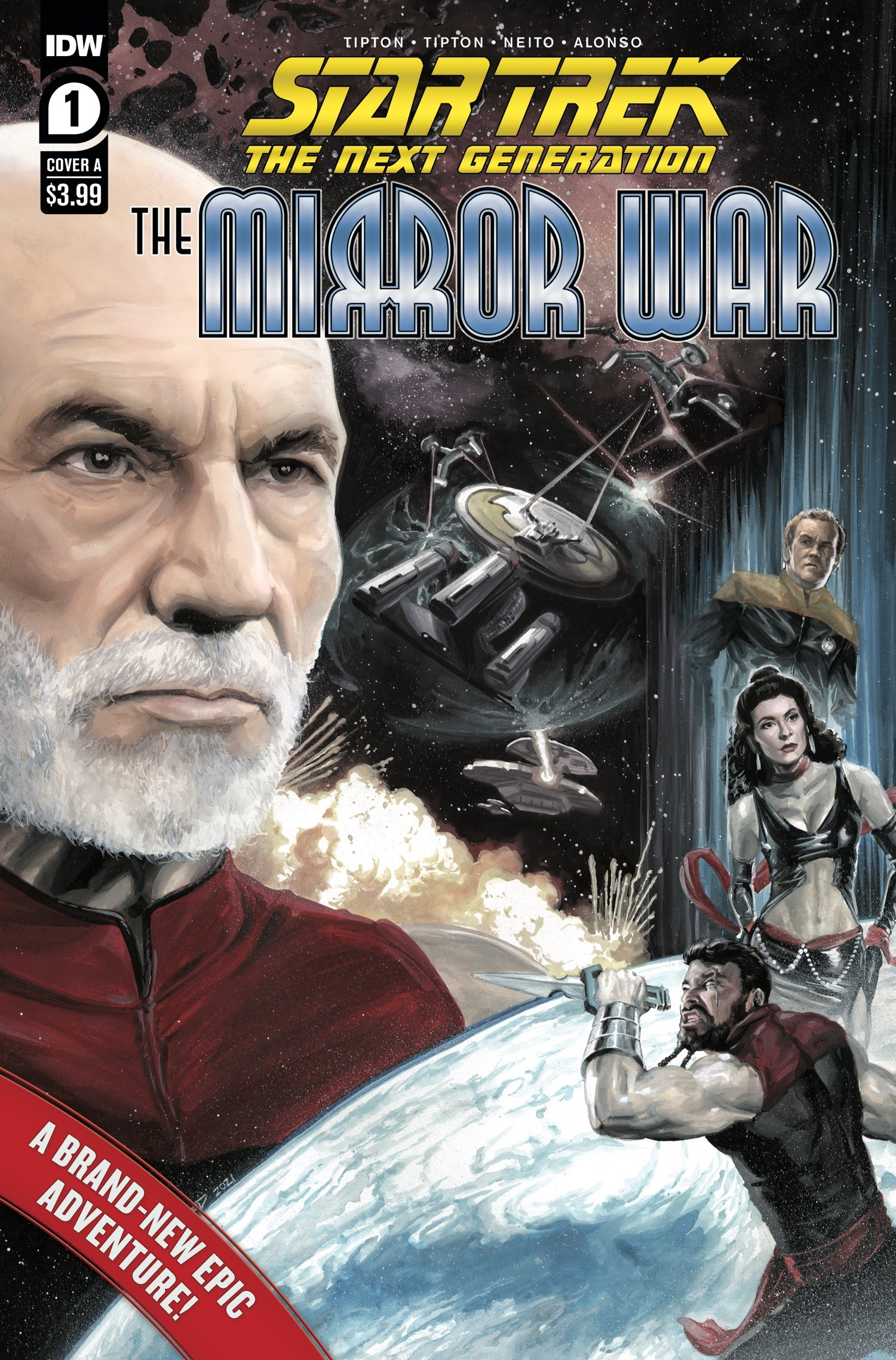 Scott Tipton promises there will be new faces, new places and old grudges in this year-long event series.

He explains, “What’s in store for our Mirror Jean-Luc Picard and his Enterprise crew? New faces, new places, and old grudges. Picard’s ambitions are grander than ever, and nothing short of the throne itself will satisfy him!”

David Tipton adds, “In The Mirror War, we’ll be seeing what happens when Picard gets hold of information that can change the fortunes of the debilitated Terran Empire.”

He adds, “The Enterprise crew will find themselves in positions of potential power and wealth like never before.”

Editor Megan Brown notes this continues the Tiptons works from previous Mirror Universe series such as Mirror Broken and Through the Mirror.

She says, “With Mirror Broken, Through the Mirror, and Terra Incognita, Scott and David Tipton — along with our Mirror War series cover artist J.K. Woodward— crafted a compelling and wholly original corner of the Star Trek universe. We’re excited to continue that tradition with The Mirror War, all while bringing new artists and storytellers into those Trek landscapes that fans love.”

It all begins with Star Trek: The Mirror War #0, which will feature variant covers by Nieto, Ejiwa “edge” Ebenebe and Bex Glendining.

As Brown noted Woodward will be providing cover artwork for the series beginning with Star Trek: The Mirror War #1.

Are you looking forward to Star Trek: The Mirror War?