Contrary to a recent rumor sparked by the creation and sharing of a fan-made poster, a CGI film based on the classic Japanese manga Berserk is not currently in the works at Netflix. 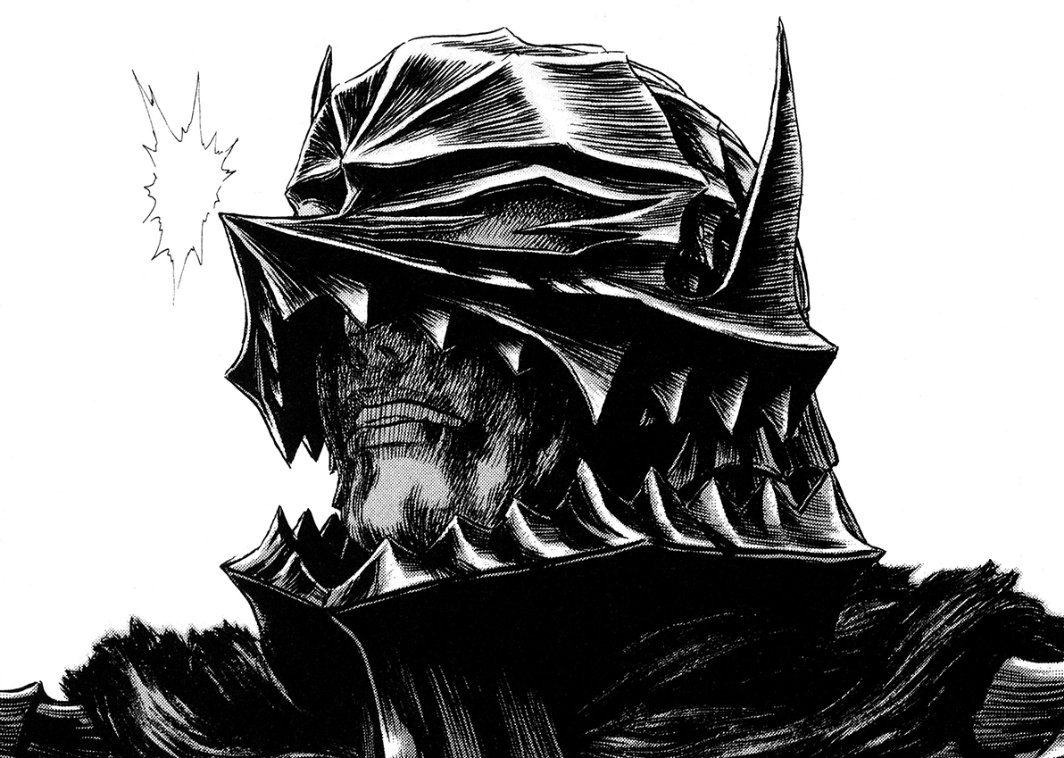 Depicting Guts’ head adorned with the helmet of his signature Berserker Armor, the poster at the center of the rumor was created by CGI artist Gerardo Torres Carrillo, whose May 17th Instagram post sharing the fan made artwork was itself responsible for the rumor’s creation.

In posting the piece to his Instagram, Carrillo stated, “A Berserk short film by Netflix. I’m so excited to show you this, thanks for the permission to post this first.” 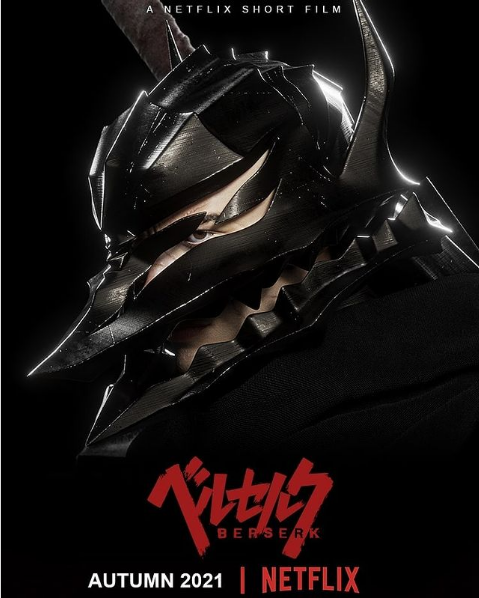 “This autumn, you guys will see the first cg short film of Berserk, i’m working as Creative Director in the studio,” Carrillo continued. “sadly i cannot give any more details, you will have to wait for this summer to see the official reveal by Netflix.”

Carrillo then wrote, “thank you all for the support, hopefully this short film will turn into a movie or series in the future” before concluding the post with a number of Berserk and anime related hashtags. 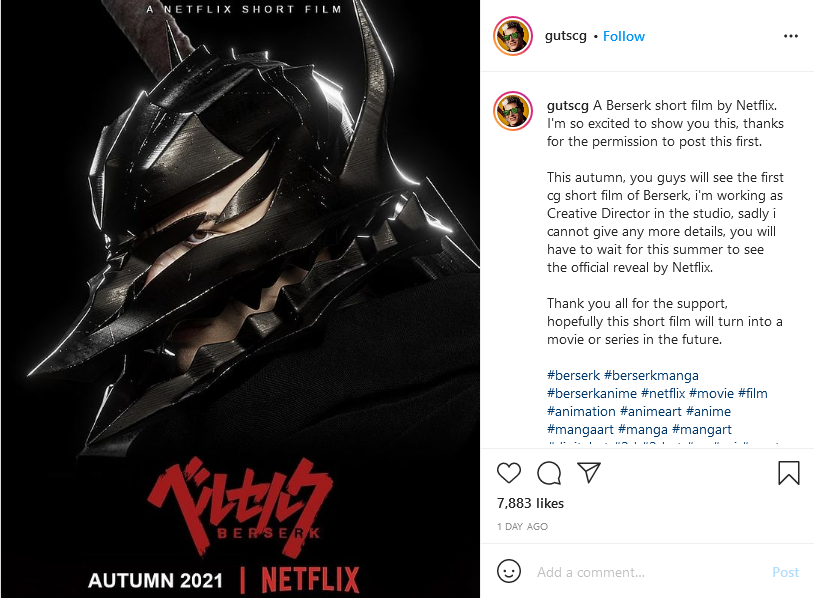 However, buried underneath his lengthy ‘announcement’ and its mountain of concluding hashtags was an easy-to-miss disclaimer from Carrillo: “This is a joke.” 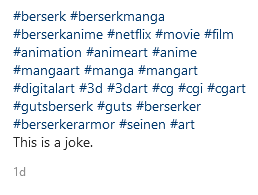 In light of the streaming service’s productions of such series as Devilman Crybaby and Godzilla Singular Point, a CGI Berserk film from Netflix could have some potential (and would almost certainly be better than the series’ abysmally animated 2016 CGI adaptation), but ultimately, no such project is on the horizon.

What do you make of Carrillo’s poster and the rumor surrounding his Instagram post? Let us know your thoughts on social media or in the comments down below.