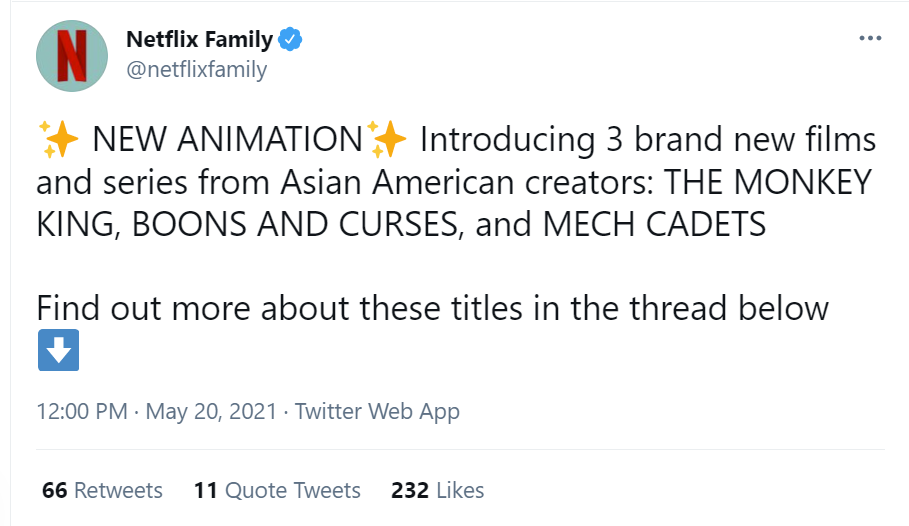 Jane Lee, Netflix’s Manager of Original Animation, detailed the projects were about reclaiming the animation space in a press release.

She wrote, “Never underestimate the power of seeing yourself on the screen. Watching my favorite cartoons growing up, I rarely saw a face or name like mine, and certainly never as the hero. But I always had a passion for animation, and now I get to reclaim the space for myself and others who deserve to see ourselves on screen.”

Lee would add, “I love the power of animation because it unlocks imagination and potential, empowering us to build new realities and see ourselves as the heroes. With each colorful frame and character we get to create together, we are defining our own world for kids around the world who don’t have to wait to see someone like them in the end credits.”

She also notes that these three new projects “join our incredible slate of animation form world class Asian American creators with different styles, unique voices, and a broad range of stories to tell including Academy Award-nominated film Over the Moon from Glen Keane, Gennie Rim and Peilin Chou; City of Ghosts from Elizabeth Ito; and upcoming series and films like Centaurworld from Megan Nicole Dong; Oni  from Daisuke “Dice” Tsutsumi; Ghee Happy from Sanjay Patel; Witch Boy from Minkyu Lee; and Steps from Alyce Tzue.”

The Monkey King is described as “an animated action-film.”

The official description reads, “Inspired by China’s famous legend Journey to the West, the film tells the story of a very special Monkey, and his magical fighting Stick, who team up to fight against gods, demons, dragons, and the greatest enemy of all, Monkey’s own hubris!”

It will be directed by Anthony Stacchi with Stephen Chow executive producing and Peilin Chou and Kendra Halland as producers.

Chow stated, “The Monkey King has endured for generations with his unique character and spirit.  I’m so excited to be collaborating with Tony, Peilin, and everyone at Netflix to bring this joyful tale to audiences worldwide!”

On Twitter, Netflix made clear the voice talent is “all-Asian.” 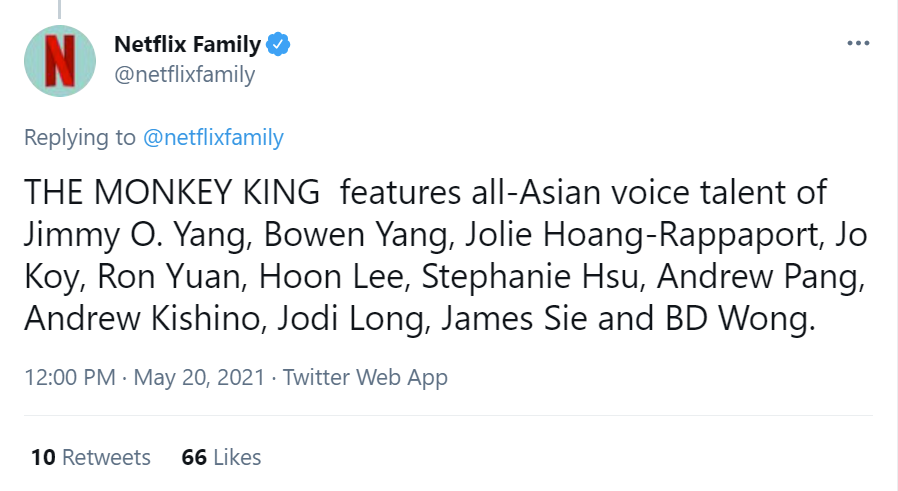 The movie is expected to drop on the streaming service sometime in 2023. 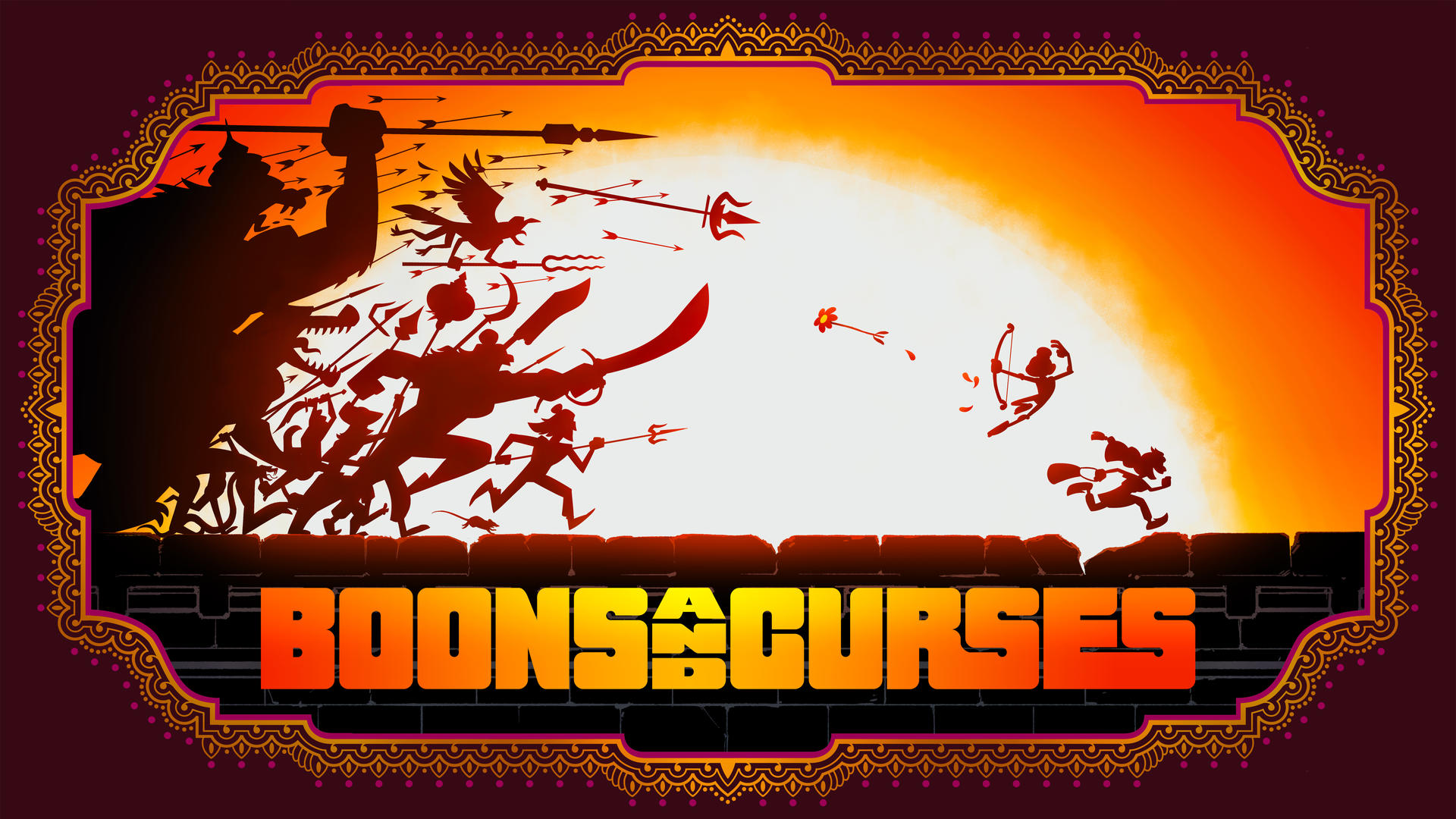 Boons and Curses is described as “comedy-action animated series.” It will be animated in 2D.

The official description reads, “In the magical land of Maya, a cosmic war is on the horizon. The Raj and his monstrous army threaten to destroy any who stand against them! The universe itself hangs in the balance and our only hope is… 3 feet tall and made of butter.”

“Claiming to be a cursed warrior from another time, Baan may have been transformed into solid ghee but he won’t let that stop him! Teaming up with Rani, a young thief with delusions of grandeur, Baan must use every arrow in his quiver if he wants to defeat the Raj,” it continues.

The description concludes, “Heavily inspired by ancient South Asia, Boons and Curses is an adventure-comedy highlighting the myths and legends that have enraptured generations.”

The series is being created by Jaydeep Hasrajani and will see Jake Goldman as the series co-executive producer.

Hasrajani stated, “Growing up, I used to think of the hyphen in “Indian-American” as a separator between two parts of myself. With Boons and Curses I want to turn that hyphen from a wall into a bridge, not just for me, but for anybody who has ever felt that they were caught between two worlds.”

He added, “Using the beauty of South Asian mythology, folktales, and culture, our talented and passionate crew is so eager to share an exciting and hilarious adventure that can resonate with everyone the world over.”

Boons and Curses is expected to hit Netflix sometime in 2023. 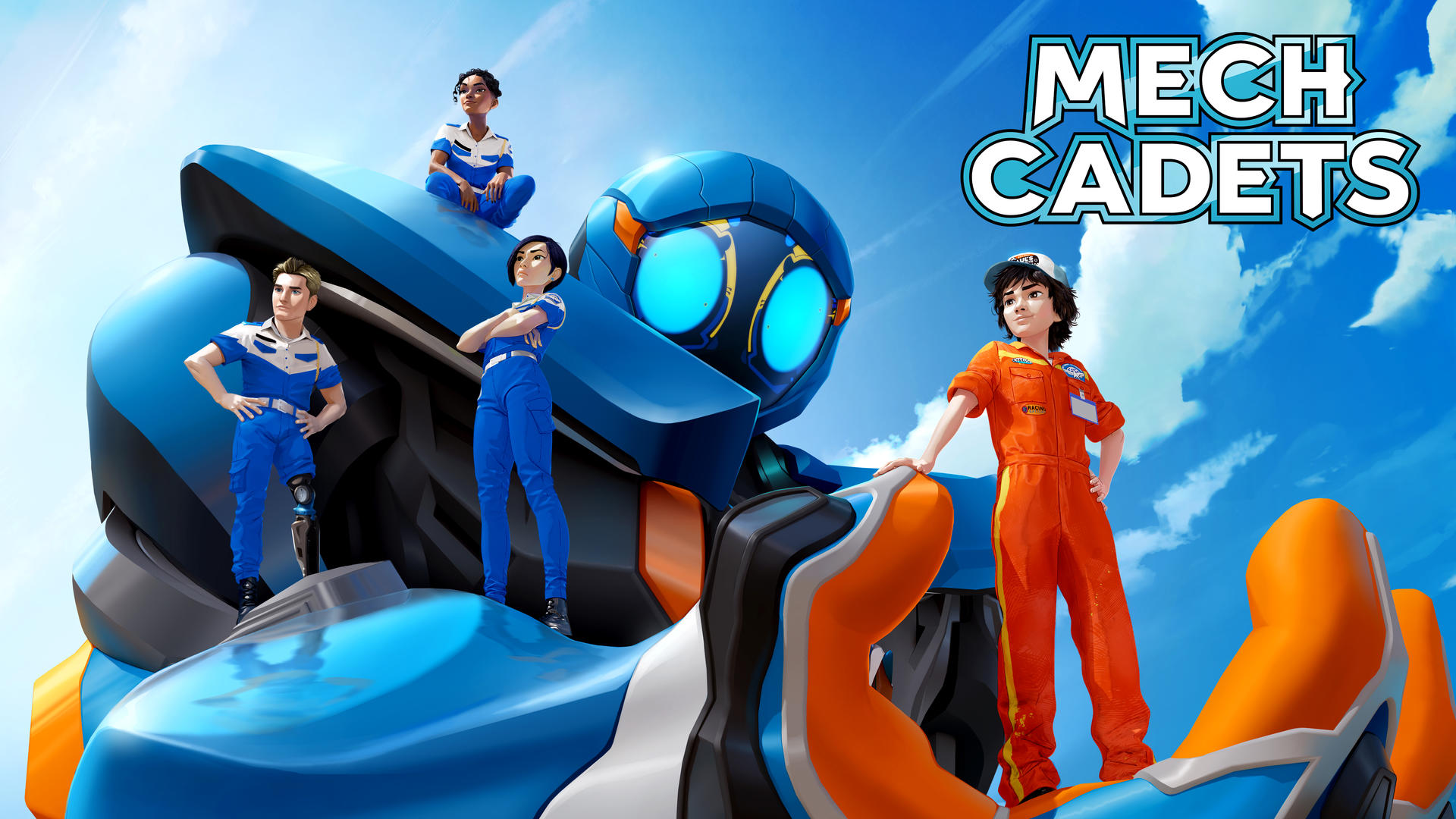 Mech Cadets is an animated series based on the BOOM! Studios comic book series Mech Cadet Yu by Greg Pak and Takeshi Miyazawa.

The description reads, “Fifty years in the future, after a terrifying alien species attacked our planet, teenager Stanford Yu works as a janitor at the Sky Corps Military Academy. But he’s only dreamed of one thing his entire life — to pilot a Robo Mech, giant robots from outer-space who came to our aid.”

It adds, “When he finally gets his shot, Stanford and his classmates must put aside all personal differences and work together as a team in order to defend humanity against a new invasion of aliens.”

The series will be animated Polygon Pictures Inc. It will be written by Aaron Lam. Lam will also be an executive producer on the series.

Jack Liang of Polygon Pictures Inc stated, “It is important for us to create stories that exemplify our teams’ diverse voices and art as a studio based in Tokyo, Japan. As part of our mission “to do what no other has done, in unparalleled quality, for all the world to see and enjoy” we are ecstatic to have alongside with us, our supervising director, Tohru Patrick Awa, writer and executive producer, Aaron Lam and our talented diverse team of writers, to visualize the wonderful story created by Greg Pak, Takeshi Miyazawa and Boom! Studios.”

“We all are honored to work with Netflix, and to tell a story that we hope will inspire future storytellers around the world,” Liang added.

BOOM! Studios confirmed the series will be a 3D animated series. 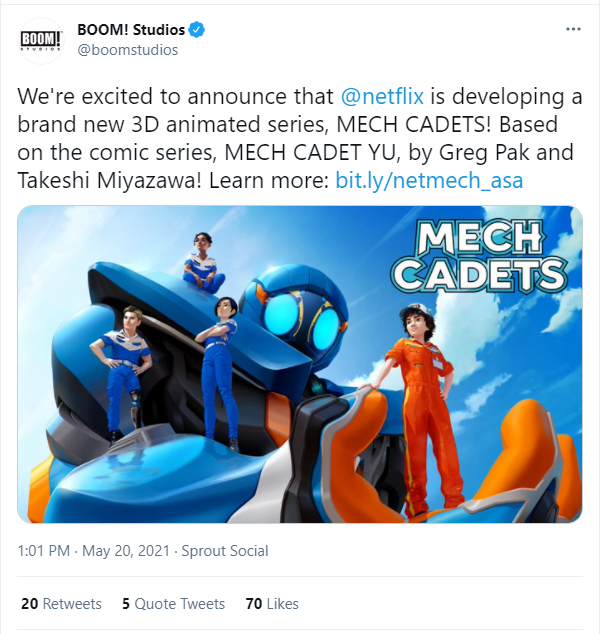 Mech Cadets is expected to hit Netflix sometime in 2023.

Mech Cadet Yu completed its comic book run back in 2018 with issue 12. The series has been collected in three trade paperback volumes.