An animated feature based on the Injustice video games is in development at Warner Bros and this info, while confirmed officially, comes to us in a subtle, unobtrusive way. 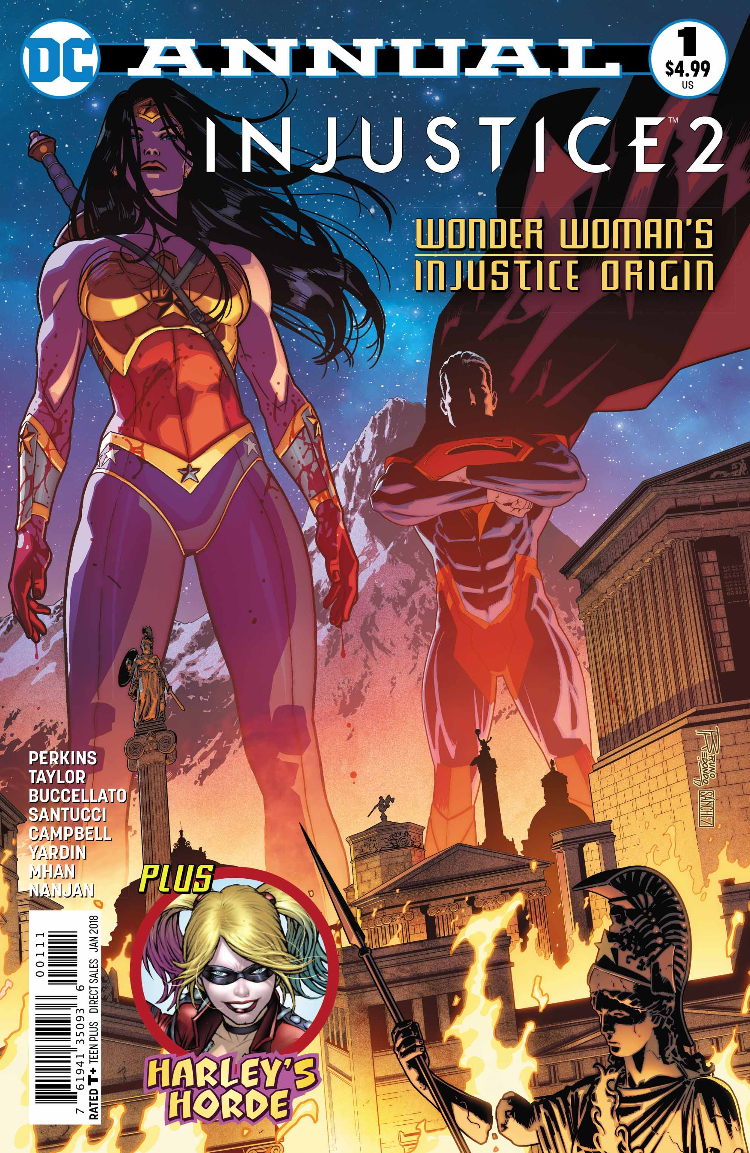 Instead of sparing an expense to have a lavish announcement befitting the popular game series from NetherRealm Studios, WB hid the news in the press release for part 2 of the Batman: The Long Halloween animated movie coming this summer to home video. 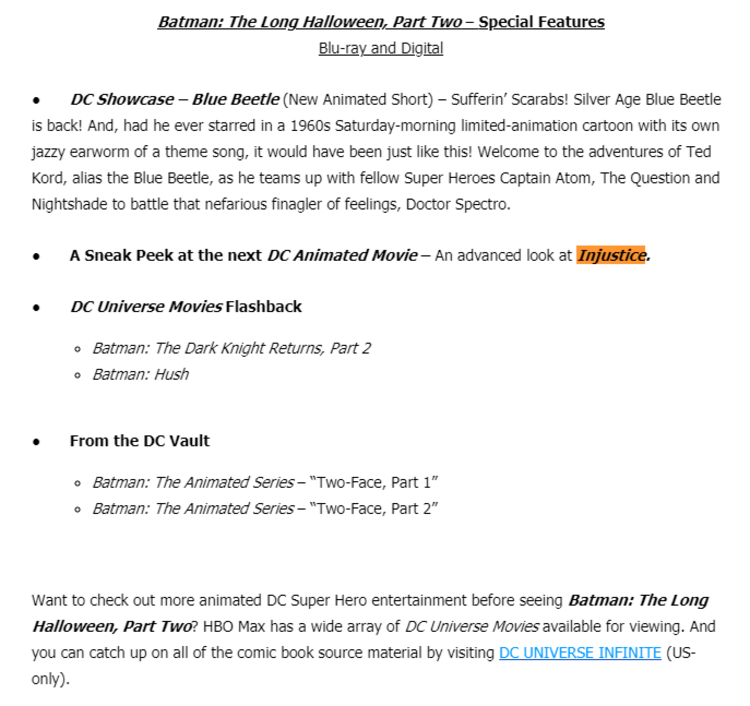 Nothing concrete is known about the Injustice film as of yet except for the sneak peek that is attached to Long Halloween’s Blu-ray special features. Thus, we probably won’t learn anything until midsummer.

So no voice cast or character roster is verified but Grace Randolph of Beyond the Trailer has sources telling her it will be chock full of heroes and villains.

I hear it's CHOCK FULL OF CHARACTERS!

There will be a sneak peek with the release of #BatmanTheLongHalloween Pt 2! pic.twitter.com/47R6MP1FAp

The film won’t likely depart too far from the game’s plot or the tie-in comics by Tom Taylor. There’s no telling which piece of source material the Injustice project will draw from more though we can count on seeing Batman, Superman, Lois Lane, The Joker, Doomsday in some form, and most of the Justice League.

Whether on a printed page or Xbox, the plot of Injustice sees Joker trick Superman into unknowingly killing Lois and nuking Metropolis. The Man of Steel then slaughters the clown with his bare hands and becomes a ruthless dictator to maintain global order.

Only a resistance led by Batman stands in his way and that’s what interlaces the violent gameplay. 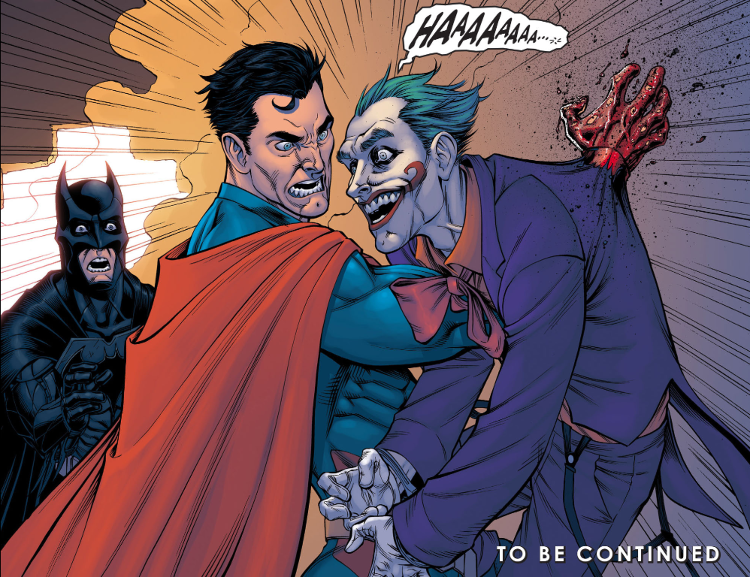 NetherRealm creative director/Injustice co-developer Ed Boon hasn’t uttered a word yet about the sudden and hidden announcement but might share something soon, and it should be interesting.

The Injustice franchise of next-gen fighting games encompasses two installments – Injustice: Gods Among Us and Injustice 2. A third game could be in development but nothing so far has come of the speculation. 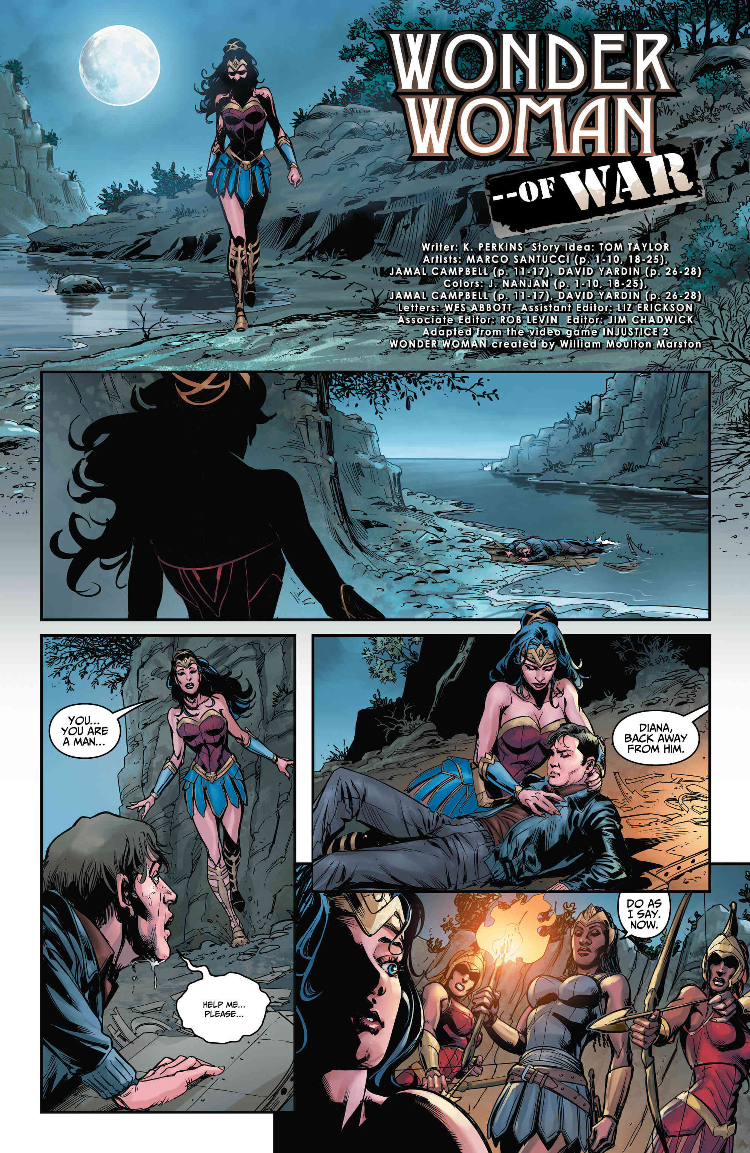 Batman: The Long Halloween, Part 2 is available on digital on July 27th and on Blu-ray on August 10th.

Tell us below if you are pumped for an Injustice animated movie and the blood and guts it might bring.