Method acting is not everyone’s cup of tea. While the technique has led to a myriad of compelling and award-winning performances, it’s polarizing due to an air of pretentiousness about it and the self-destructive paths its adherents go down.

Funnyman Jim Carrey and his infamous behavior on the set of Milos Forman’s Andy Kaufman biopic Man on the Moon are prime examples of both charges against the Method, and Hobbit and Black Panther star Martin Freeman concurs.

He took aim at Carrey’s way of getting into character on the Off Menu podcast (via ET Canada) and did not hold back. “For me, and I’m genuinely sure Jim Carrey is a lovely and smart person, but it was the most self-aggrandizing, selfish, f***ing narcissistic bollocks I have ever seen,” Freeman said.

He added how insane it is that such “bollocks” can find support. “The idea [that] anything in our culture would celebrate that or support it is deranged, literally deranged.”

Related: Black Panther Director Ryan Coogler Calls New Georgia Voting Laws “Repressive” But Declares He “Will Not Be Engaging In A Boycott Of Georgia” 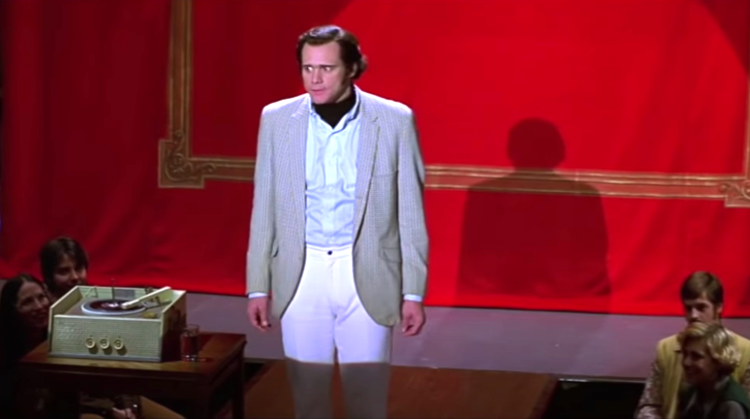 Carrey’s conduct and attempt to encapsulate the late Kaufman while filming Man on the Moon were documented in the Netflix film Jim & Andy: The Great Beyond. In it, the actor/comedian discussed becoming this persona of Andy that took on a life of its own on both sides of the camera.

Likening this ersatz transformation to the Christian doctrine of Transubstantiation where bread and wine become Jesus’s Body and Blood, Freeman balked at the idea Carrey became someone else.

“I am a very lapsed catholic but if you believe in transubstantiation, then you’re going somewhere along the line of ‘I became the character,’ No, you didn’t, you’re not supposed to become the f***ing character because you’re supposed to be open to stuff that happens in real life because someone at some stage is going to say “Cut” and there’s no point going, ‘What does ‘cut’ mean because I’m Napoleon?’ Shut up,” the actor exclaimed.

Related: Ian McKellen, Martin Freeman, John Rhys-Davies, and Others Call For The Lord of the Rings Fans To Help Purchase The Tolkien House 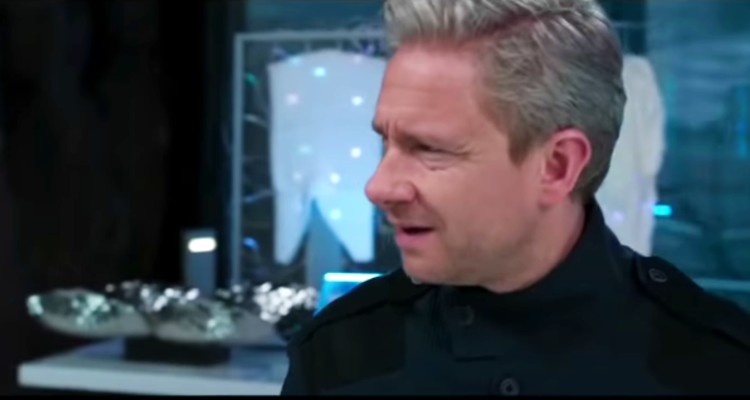 He even described Carrey’s behavior as “pretentious nonsense” and “amateurish.”

“You need to keep grounded in reality and that’s not to say you don’t lose yourself in between action and cut but the rest of it is absolutely pretentious nonsense,” Freeman stated.

He added, “It’s highly amateurish; it’s essentially an amateurish notion because for me it’s not a professional attitude. Get the job done man, f**king do your work.” 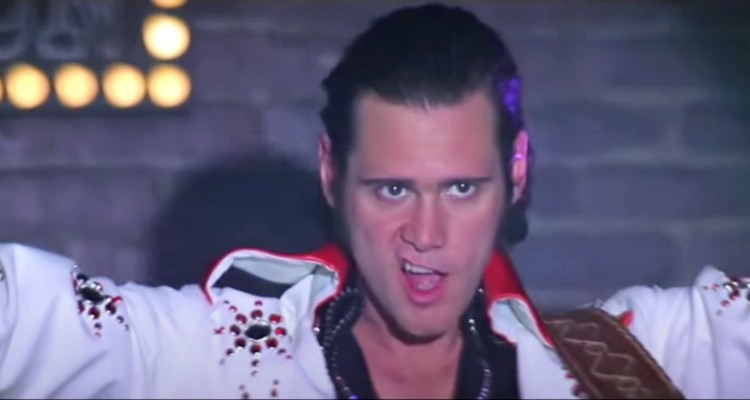 Freeman went on to say Carrey would’ve been fired had he been anyone else or less in demand. “He should have got fired,” he said. “Can you imagine if he had been anybody else? He would have been sectioned, let alone fired. He would have been got rid of.”

He believes Carrey received leeway and, driven by a sense of “Christ-like self-grandeur,” pushed his privilege to the edge.

“I think that’s what that Jim Carrey thing looks like to me, at the very, very end, he says something that sort of is pertaining to his Christ-like self-grandeur and makes me think at the very last second, is all this a windup?” Freeman observed.

Jim Carrey was wound up tight to say the least when making Man on the Moon. He wouldn’t be addressed by his real name on the set and did not listen to Milos Forman. Carrey also spit in the face of co-star and wrestling legend Jerry “The King” Lawler over safely taking a piledriver.

Related: Jim Carrey Backtracks on Political Statements While Promoting Upcoming Film Sonic The Hedgehog: “It’s Never Been a Matter of Hating Anyone.”

Lawler, who played himself to accurately recreate the account of his feud with Kaufman in the early 80s, recalled other outbursts and tantrums by Carrey in several interviews with Stone Cold Steve Austin and others.

In the end, Lawler said, Carrey didn’t get Andy Kaufman nor did he grasp the fact that the Taxi star and Lawler were really friends playing rivals.