Crunchyroll announced a couple of new guests alongside a number of musical guests for their upcoming Virtual Crunchyroll Expo that takes place between August 5th and 7th.

First, Crunchyroll announced that My Hero Academia, Pokemon, Attack on Titan, Young Justice, and Sakura Wars: The Animation voice actor Zeno Robinson will be attending the convention as an invited guest.

Robinson recently won Best VA Performance at the Crunchyroll Anime Awards for his role in voicing Hawks in My Hero Academia Season 4. 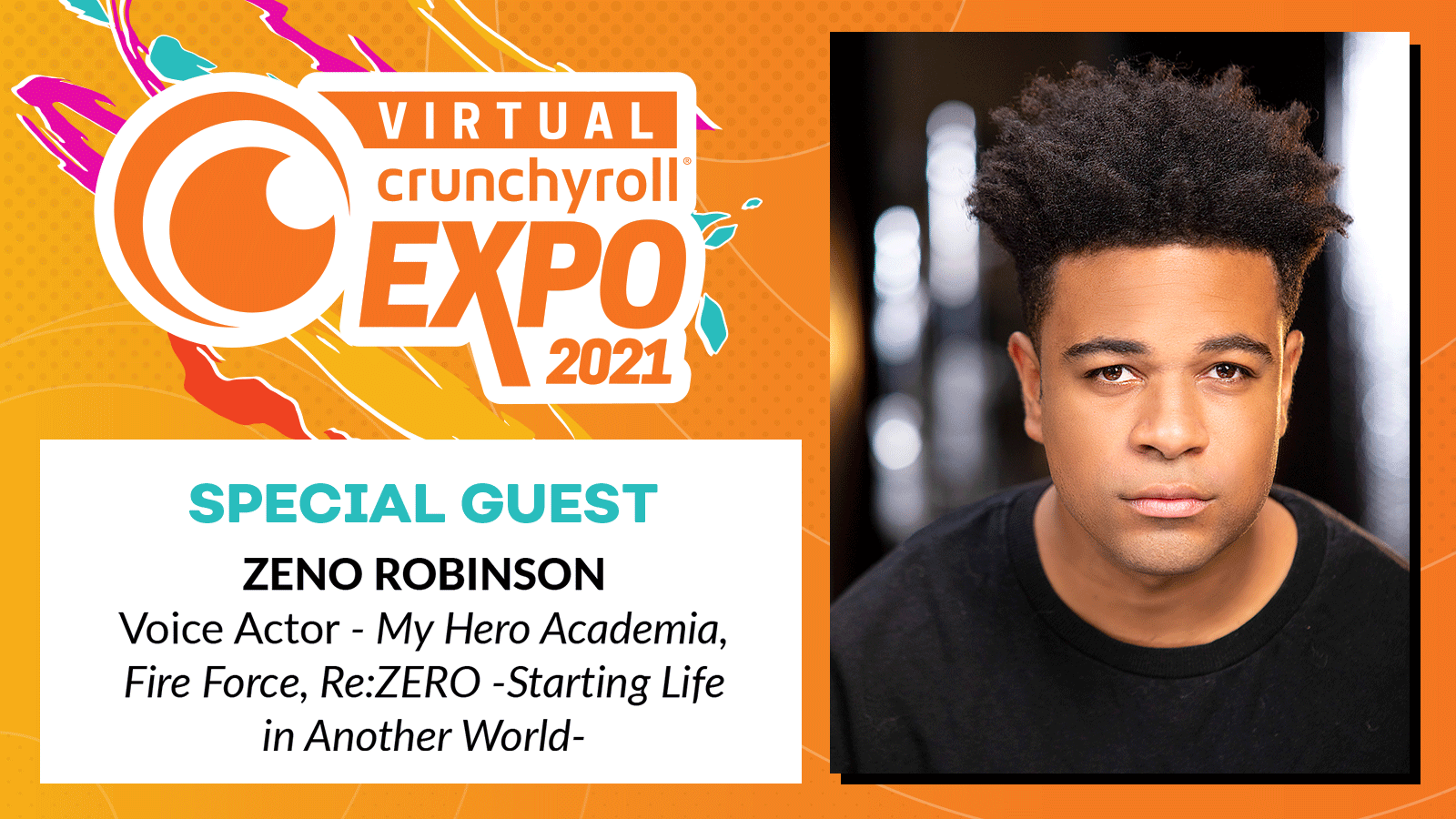 Next, Crunchyroll announced that Bryce Papenbrook will also be attending the convention as an invited guest.

Papenbrook is known for voicing Eren Jaeger on Attack on Titan, Kirito in Sword Art Online, Meliodas in Seven Deadly Sins, Kibi and Tao in Beastars, and Inosuke Hashibira in Demon Slayer. 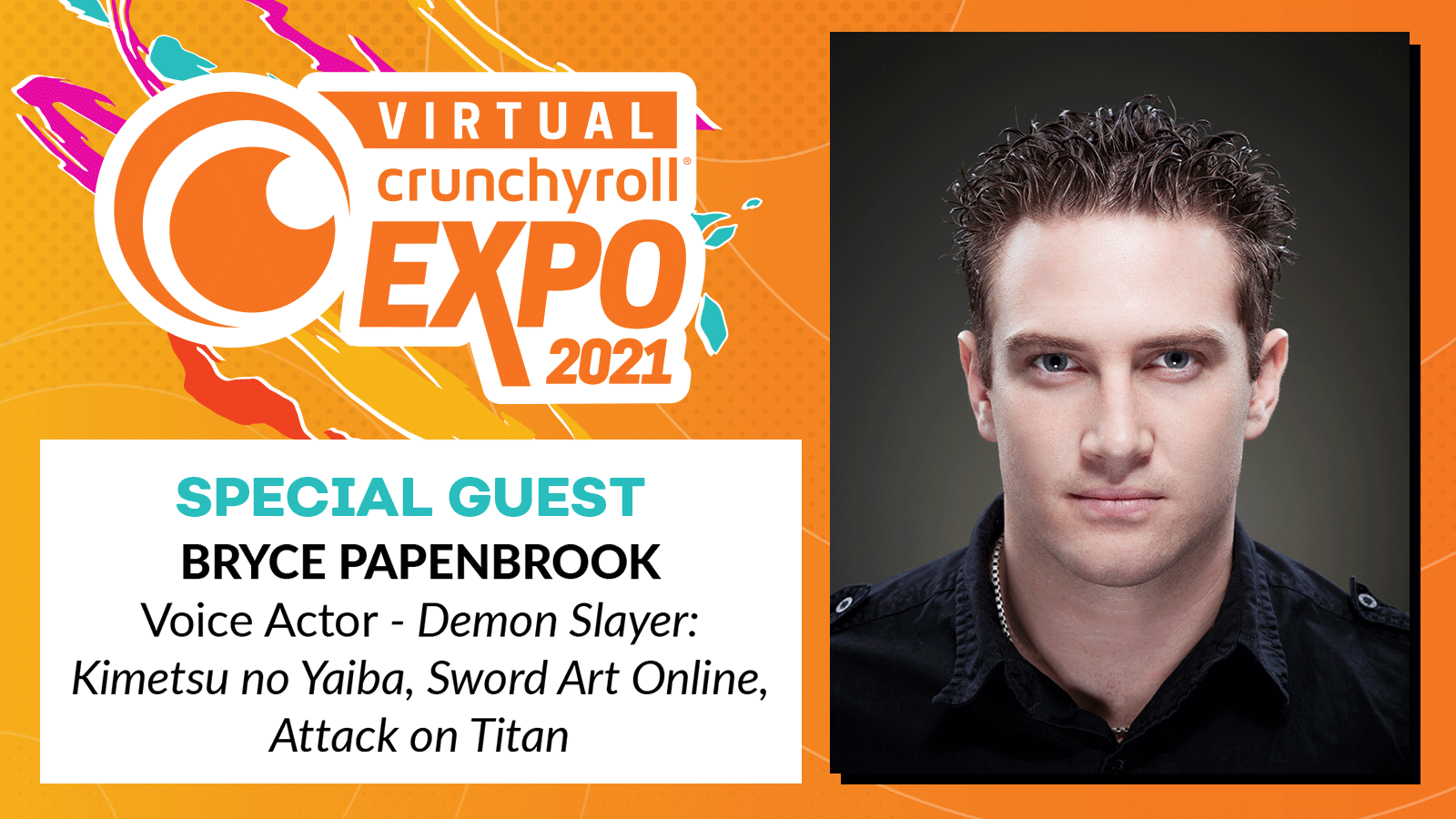 Along with these invited guests, Crunchyroll announced a handful of musical guests as well.

First, Japanese rock band Burnout Syndromes will be appearing at the convention. 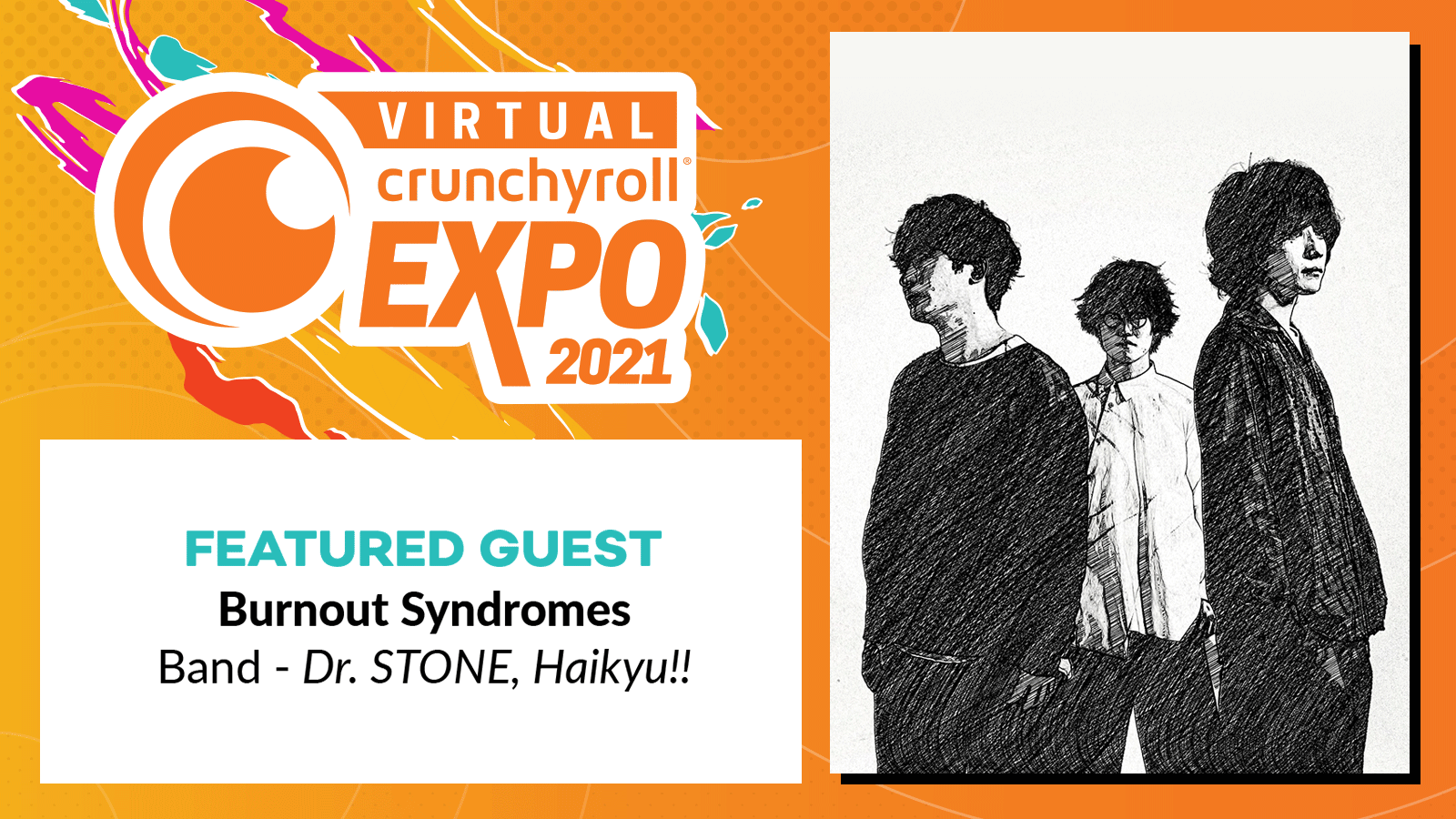 Burnout Syndromes has done the musical openings for both Haikyu and Dr. Stone.

Not only will Burnout Syndromes be performing, but they will also do a Q&A session afterwards.

Another musical guest will be 7 Billion Dots. 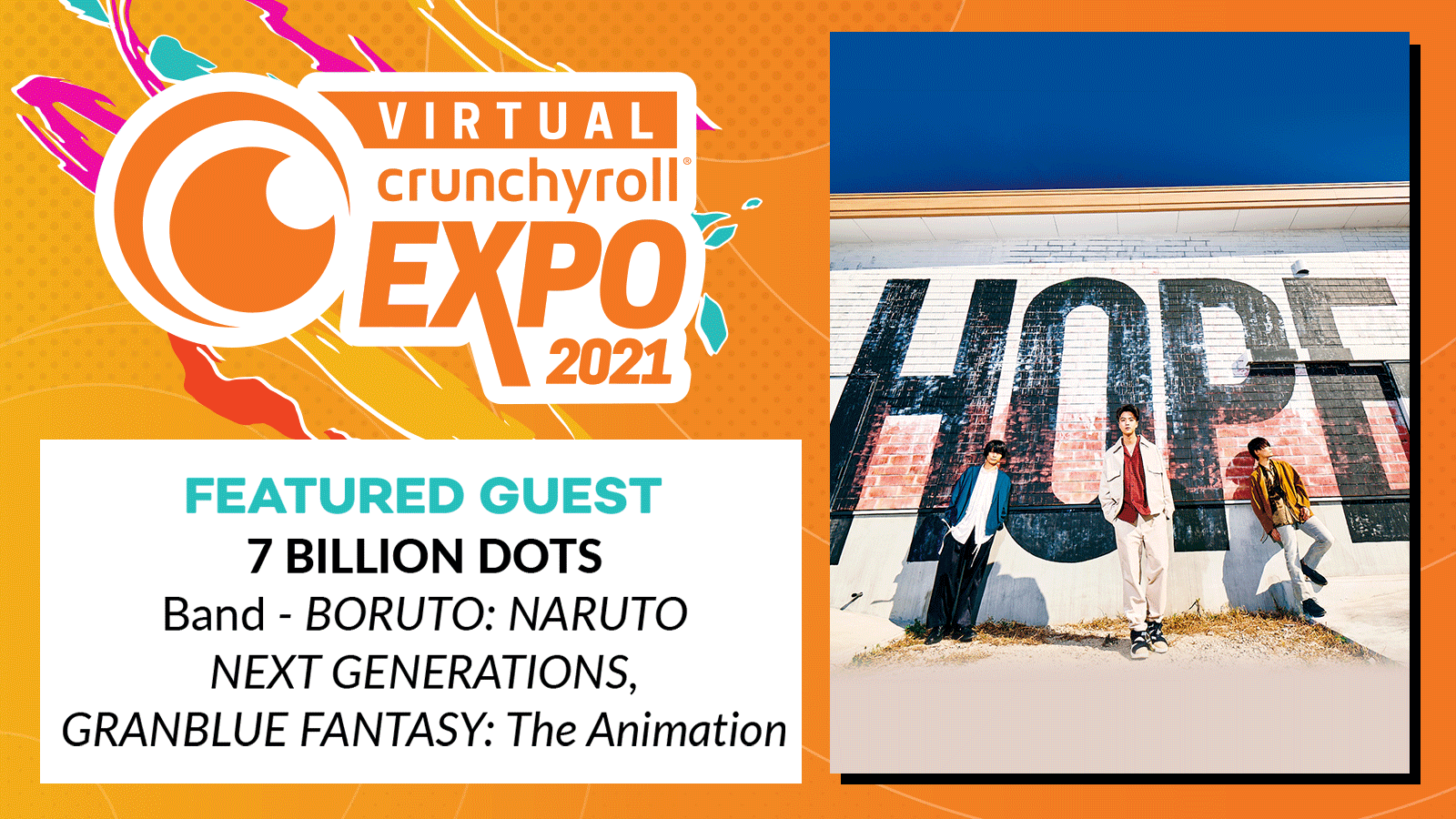 7 Billion Dots is known for the opening and ending themes for Boruto: Naruto Next Generations and Granblue Fantasy: The Animation Season 2.

Like Burnout Syndromes, they will also be putting on a show followed by a Q&A session.

The next musical act is Magic of Life. 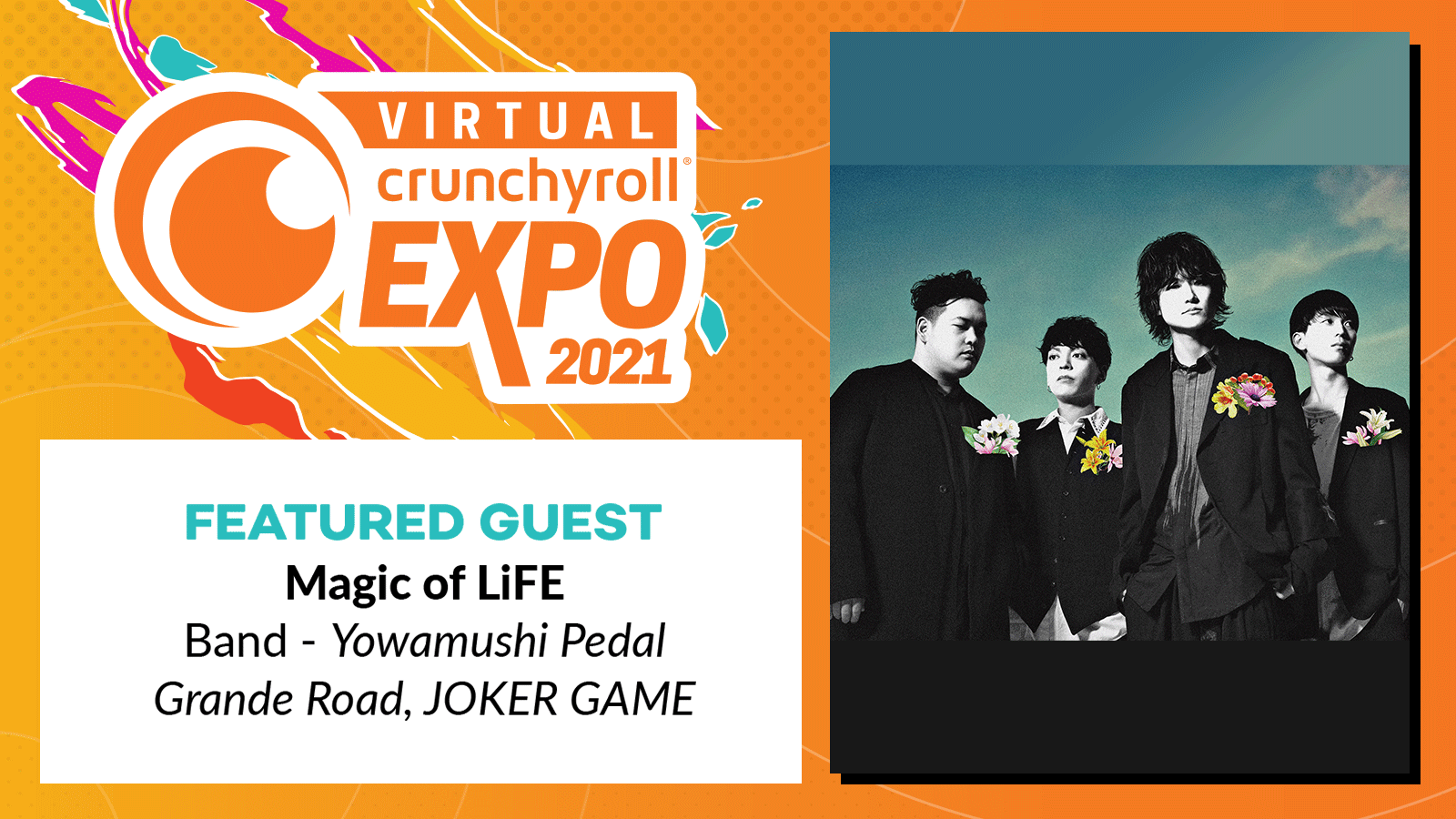 Magic of Life has performed music from Yowamushi Pedal and Joker Game.

Like Burnout Syndromes and 7 Billion Dots they will also be performing their music and then doing a Q&A afterwards. 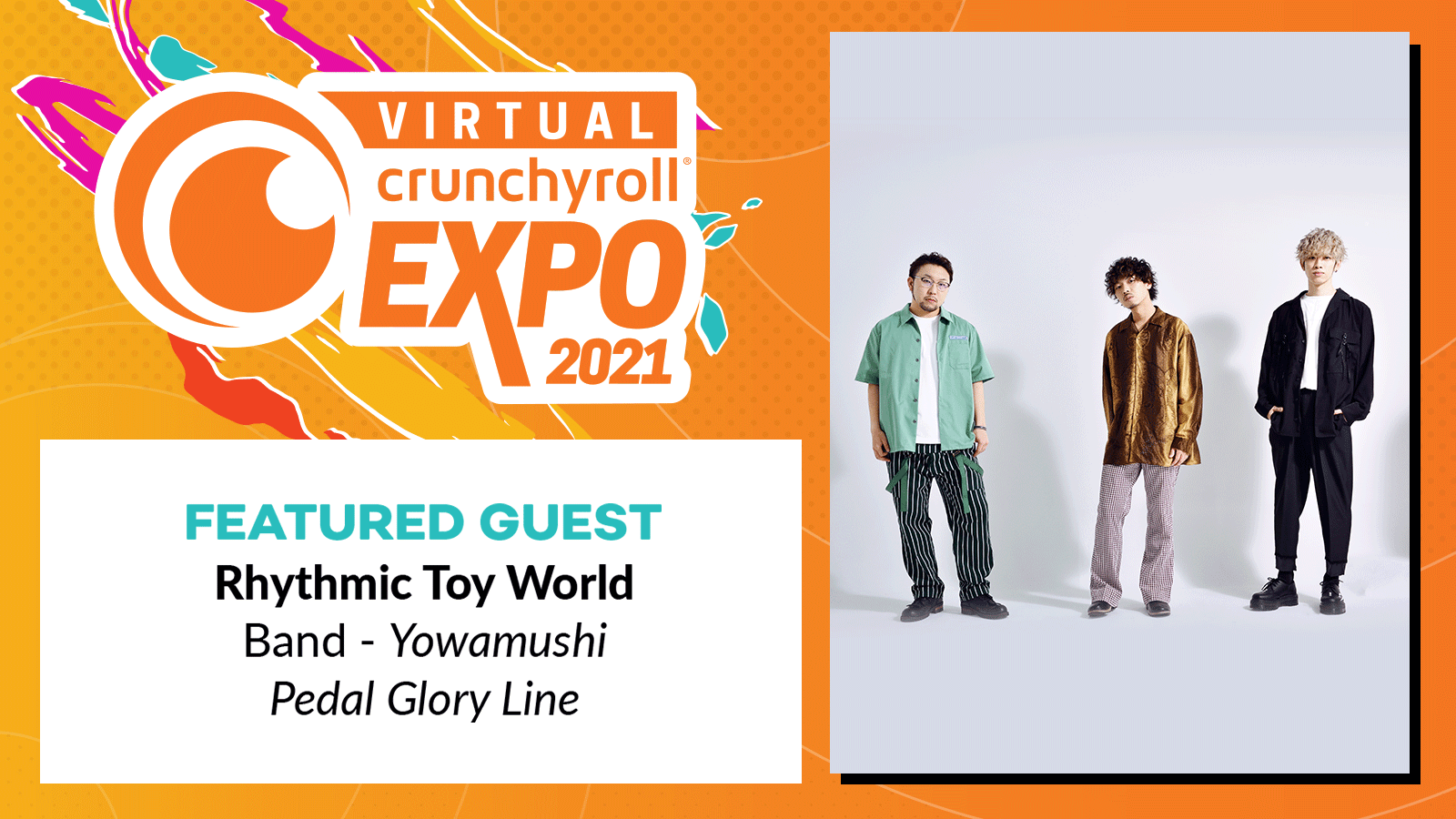 They are known for their single Boku no Koe and the opening from Yowamushi Pedal Glory Line.

They will also be performing their music and participating in a Q&A afterwards.

Crunchyroll also previously released a trailer for TONIKAWA: Over the Moon for You OVA during their initial announcement of the Expo.

Registration for Virtual Crunchyroll Expo is ongoing now and is open at expo.crunchyroll.com.