The first gameplay trailer for Horizon Forbidden West has seemingly revealed that series protagonist Aloy, the Nora tribeswoman raised to hunt and survive amongst the harsh post-apocalyptic environment she was born into, will sport a more ‘chubby’ appearance in the upcoming second installment of Guerilla Games’ newest franchise. 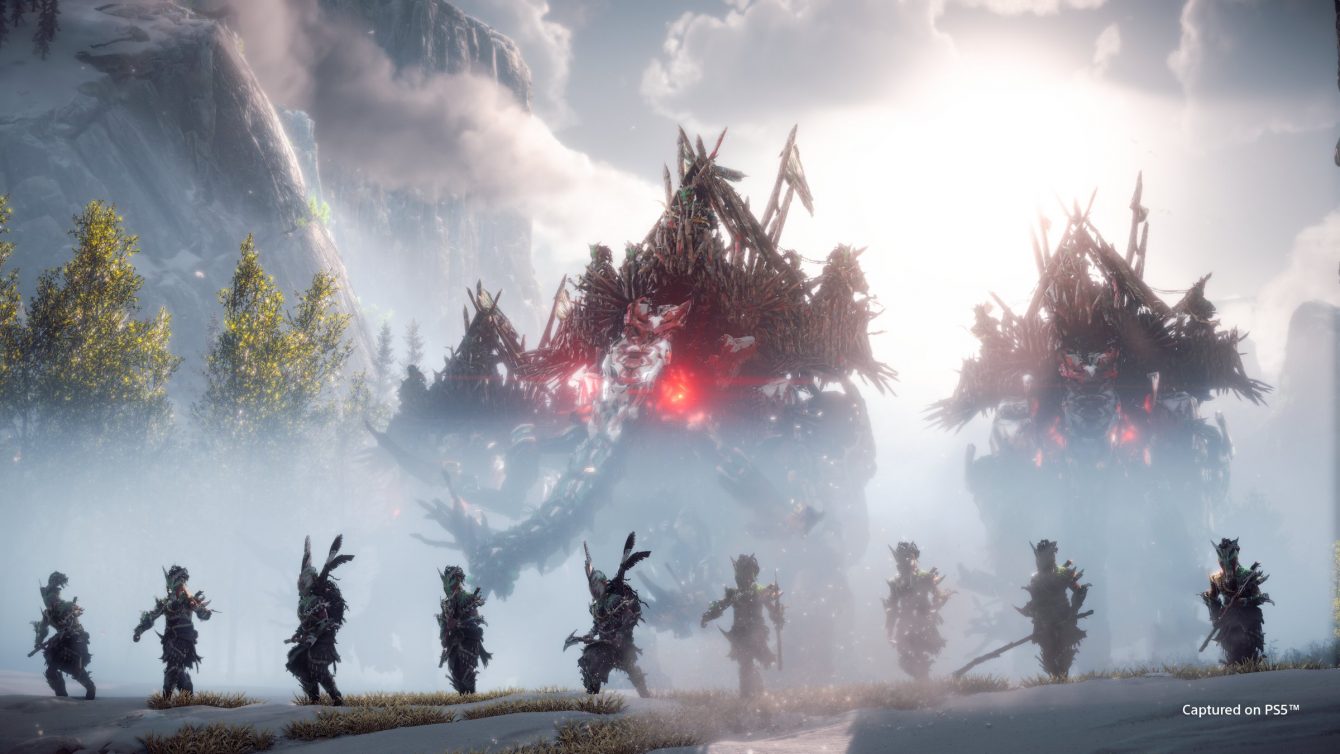 First released on May 27th as part of Sony’s latest State of Play video game showcase, the debut gameplay trailer for Horizon Forbidden West provided players with their first look at what the highly-anticipated sequel would have to offer them, from gorgeous underwater environments to a battle on the shore against a towering and terrifying machine.

In addition to the gameplay changes and the new graphics engine, the trailer also disclosed an apparent change made to Aloy herself, showing within the first few seconds of its opening cutscene what appeared to be a ‘chubbier’ depiction of the red-headed protagonist than the one seen during the events of Horizon Zero Dawn. 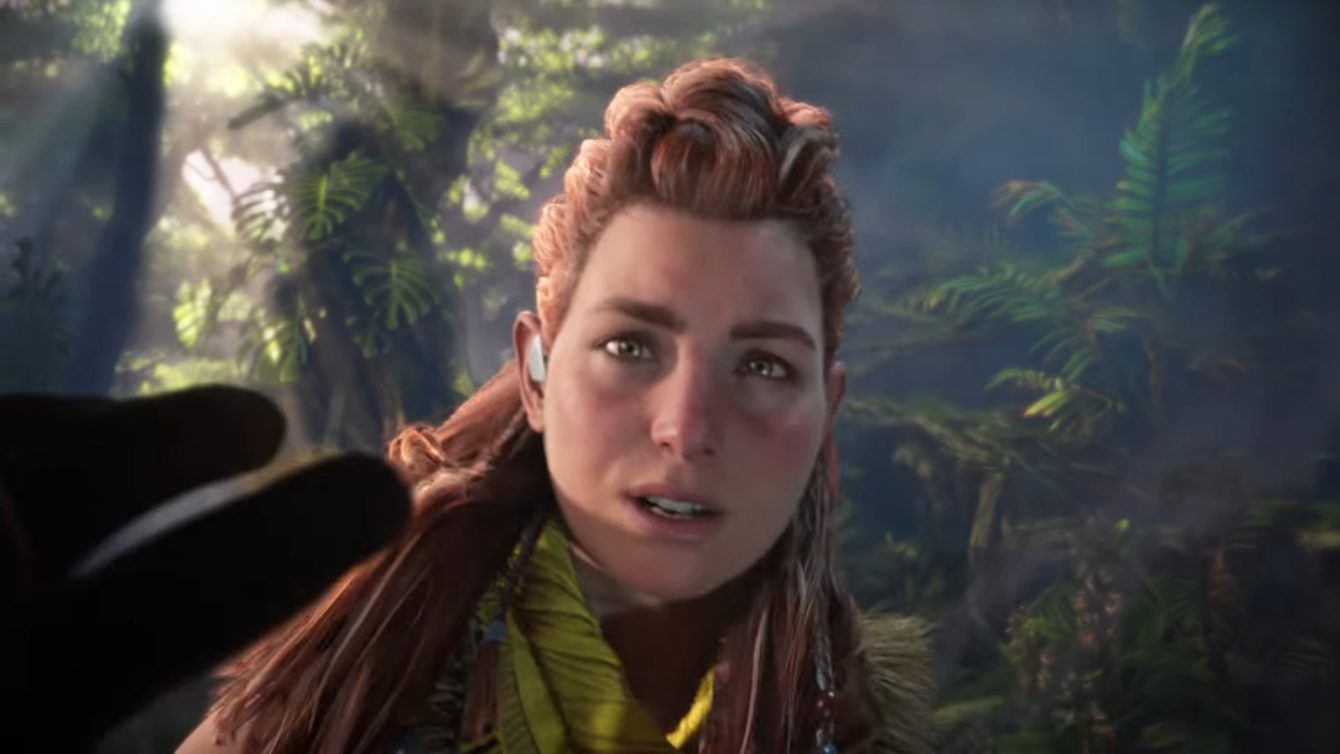 To critics, Aloy’s new look was not only an all around ‘downgrade’ to her character, but also a disservice to her real-world face model, Hannah Hoekstra.

Illustrator @belet-seri asked, “What the hell did they do to Aloy’s face? This isn’t close to Hannah Hoekstra’s.” 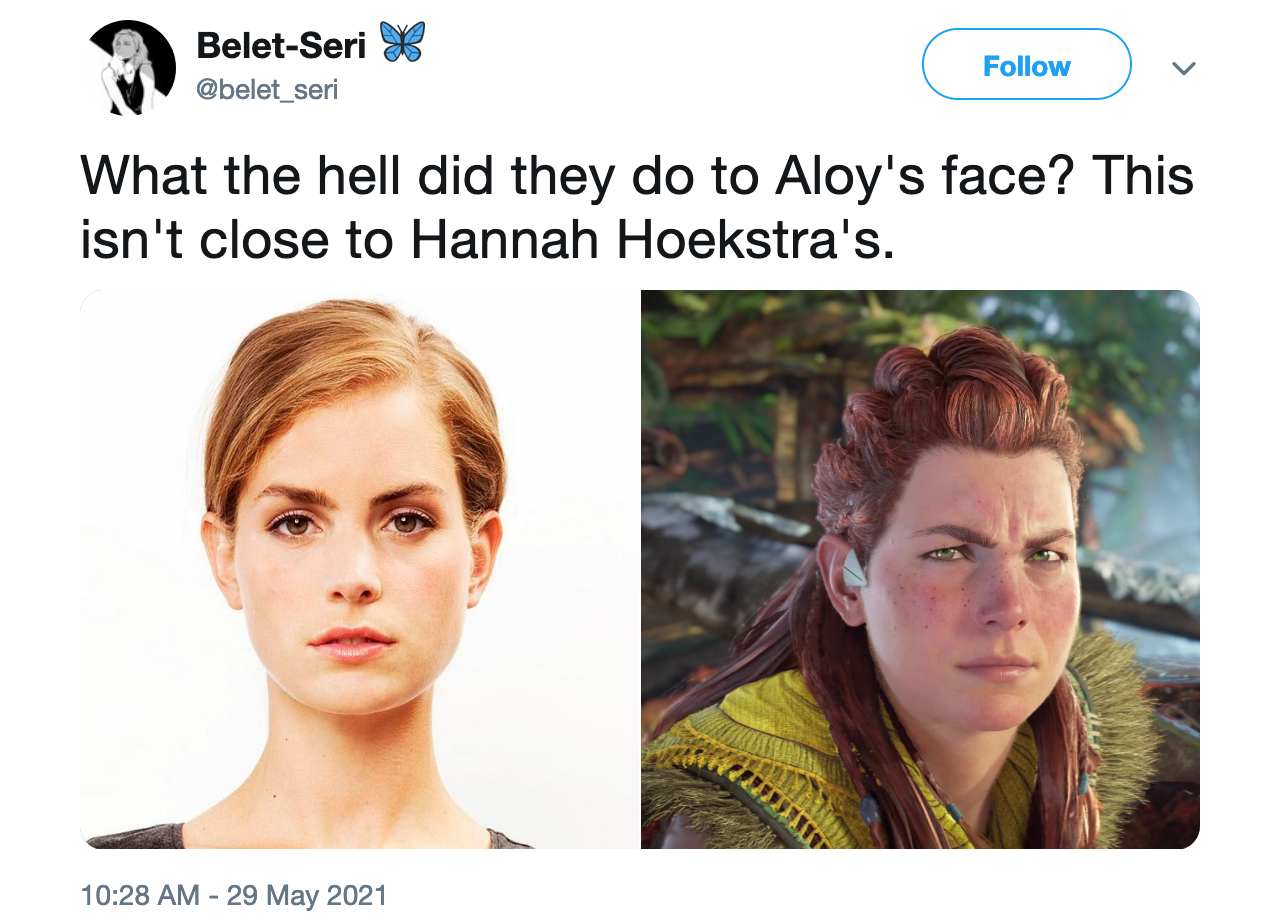 Similarly, @AscendedZen questioned, “Why does Aloy look like Buzz from Home Alone now?” 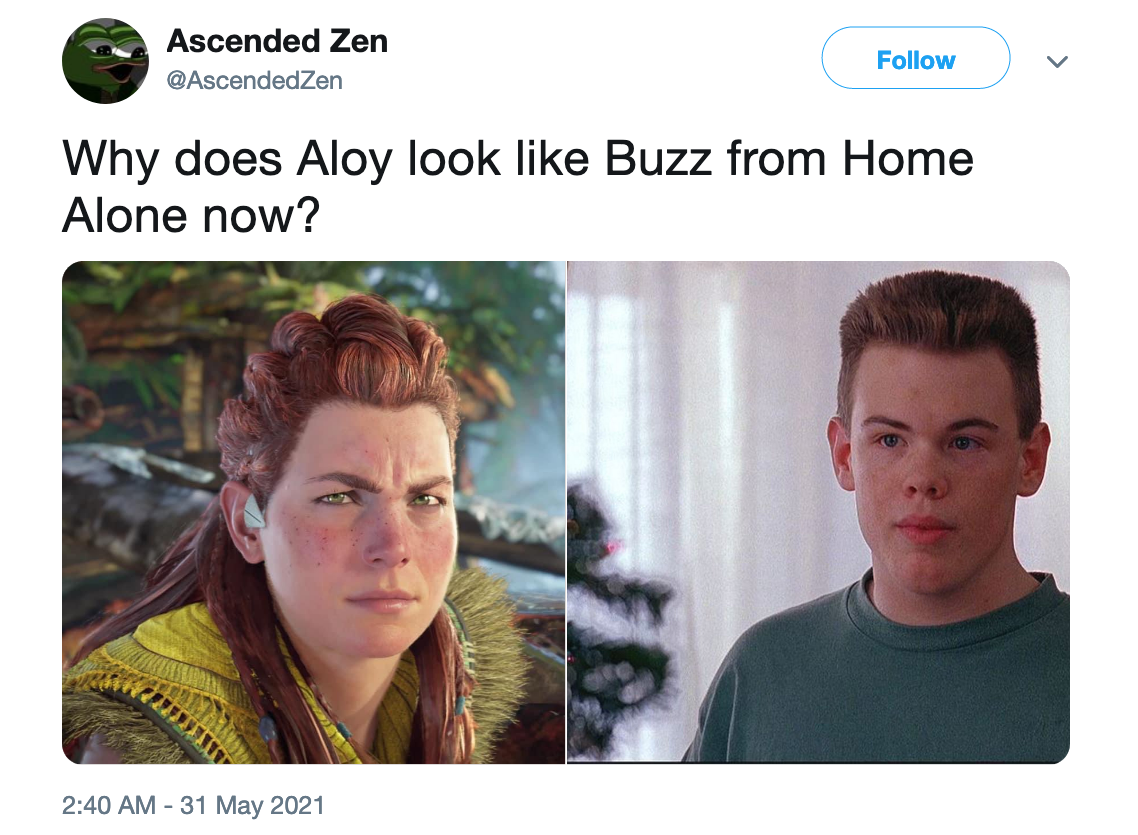 “I do agree that Aloy’s face looks a little chubby in horizon 2 images,” wrote YouTuber @MightyKeef. “That’s odd because I would imagine she would lose a lot of body fat and water weight pretty consistently, given her environment. I do not agree she is supposed to look glammed up. That would be dumb.” 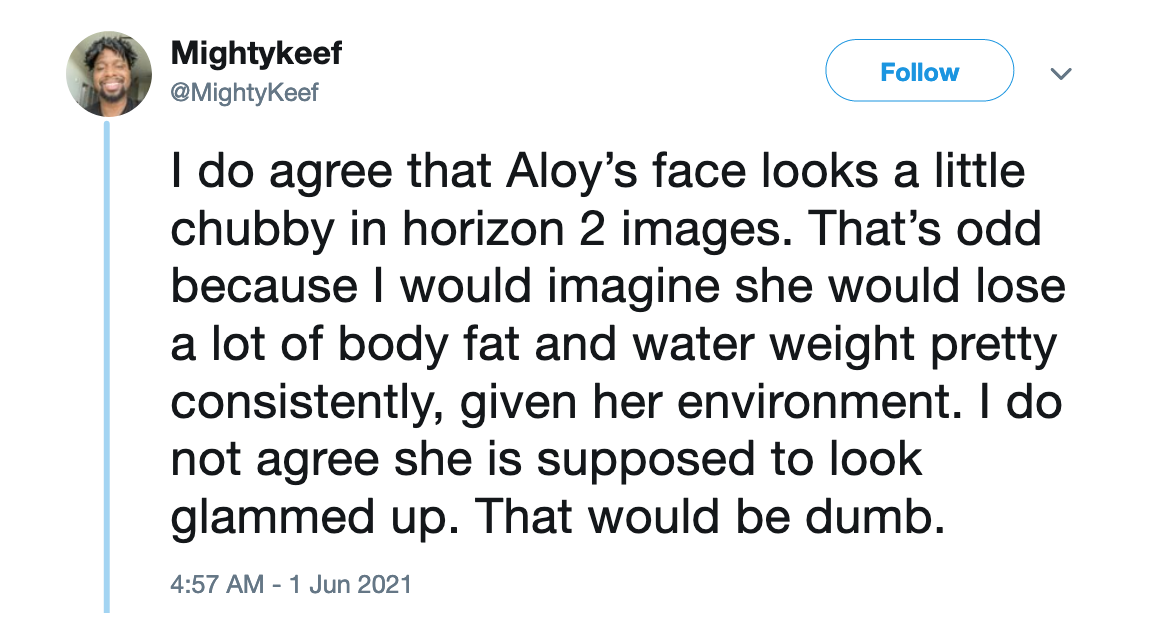 Conversely, supporters of Aloy’s ‘updated’ appearance argued that her chubby face was a realistic progression for someone of her age and environment.

“Aloy was like what…. 19? In the first game?”, said @GwenLovesMovies. “Ofc her face is going to change as she gets older. F—-ing incels, man.” 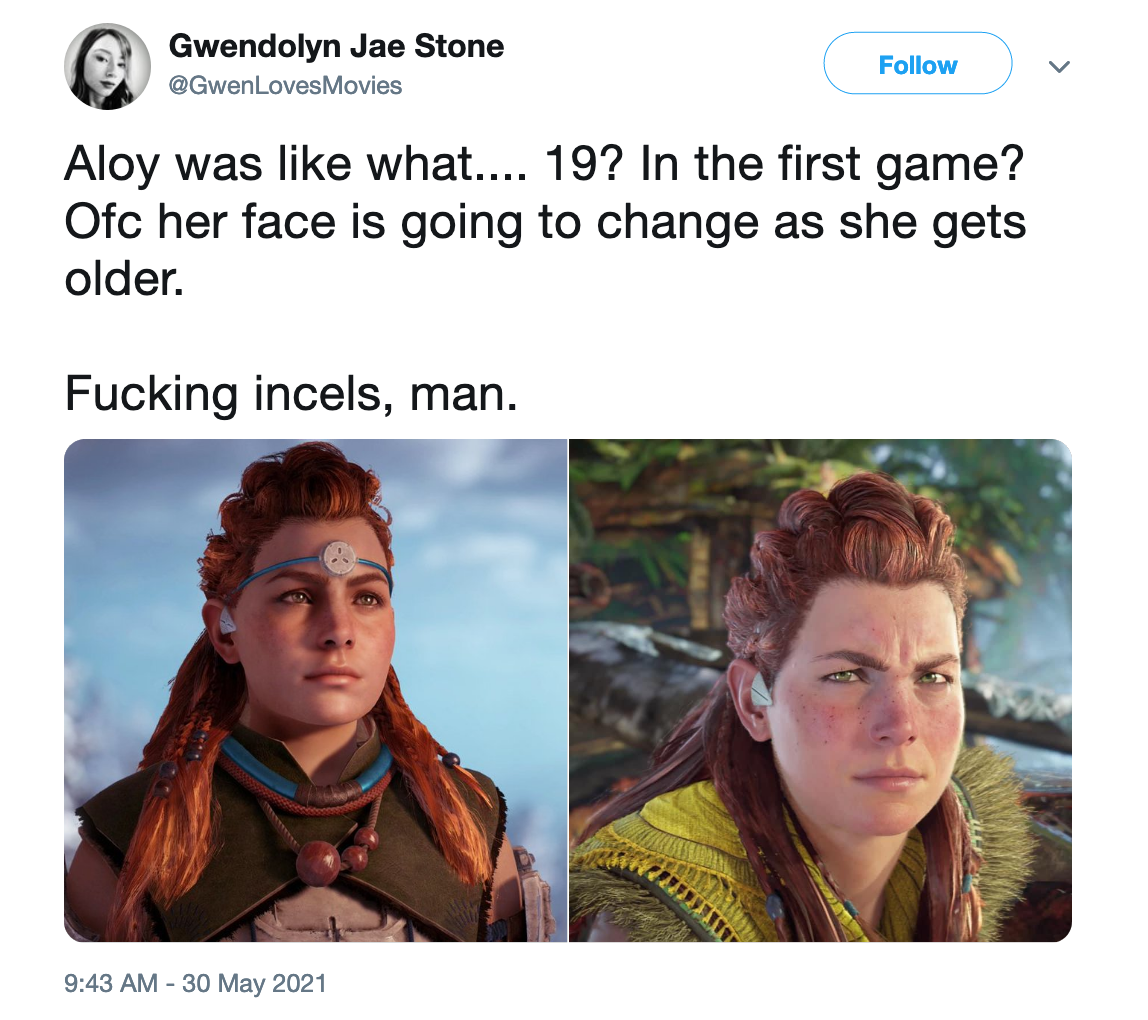 PlayStation YouTuber @xMBGx asserted, “People talking about Aloy’s face/cheeks, some saying she looks fat/ugly or whatever. What the hell is wrong with people lol”.

“She’s looks good, actually looks like a normal human being,” they added. “She doesn’t look like some kind of perfect unrealistic super model & I appreciate that”. 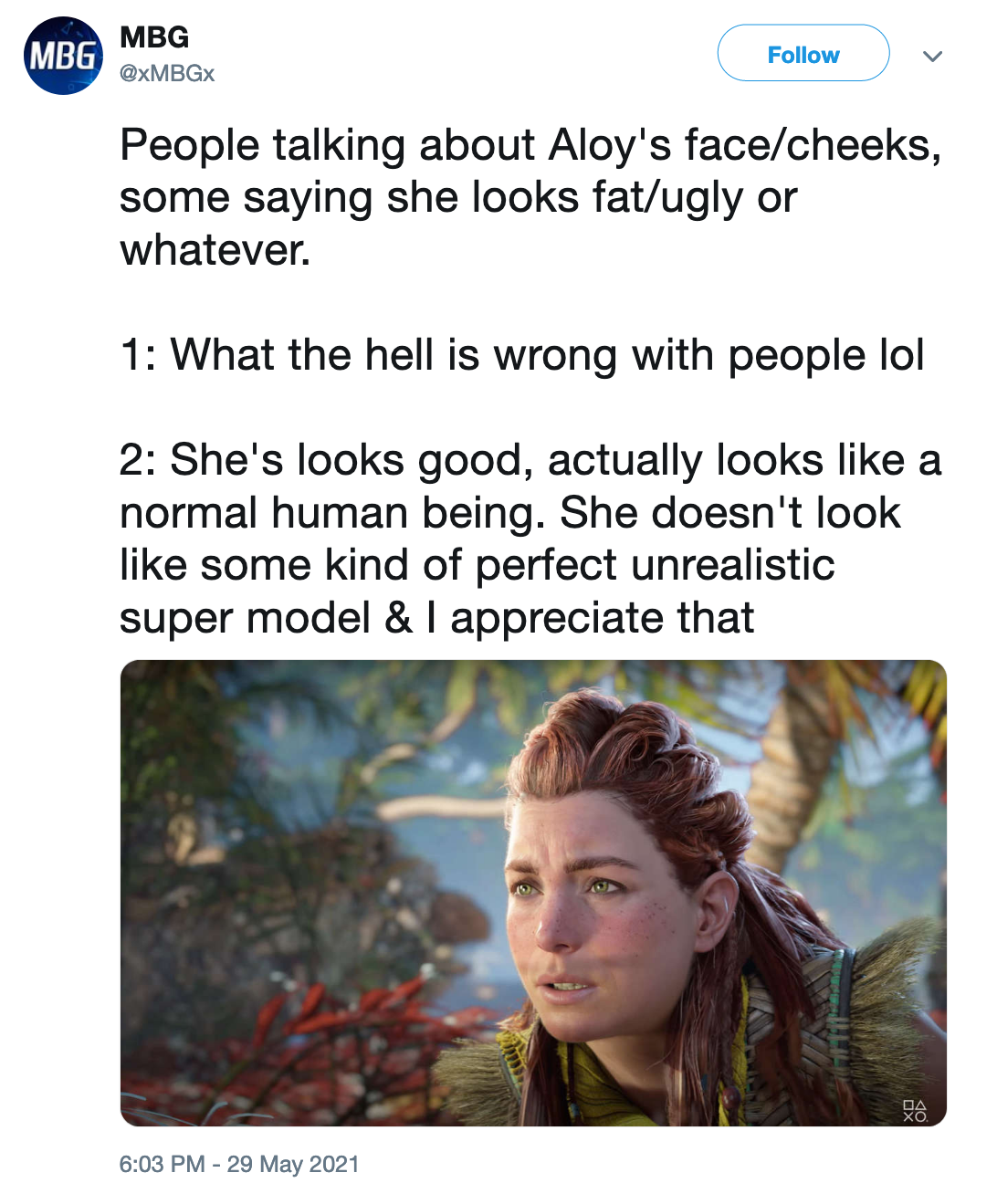 “Aloy’s face has always been pretty round. She looks older but I think that’s due to the extra detail on the model, not because they deliberately aged her,” held @RexSterlingD2K. “Who expects this b—-h to have Kardashian skin living the way she does???” 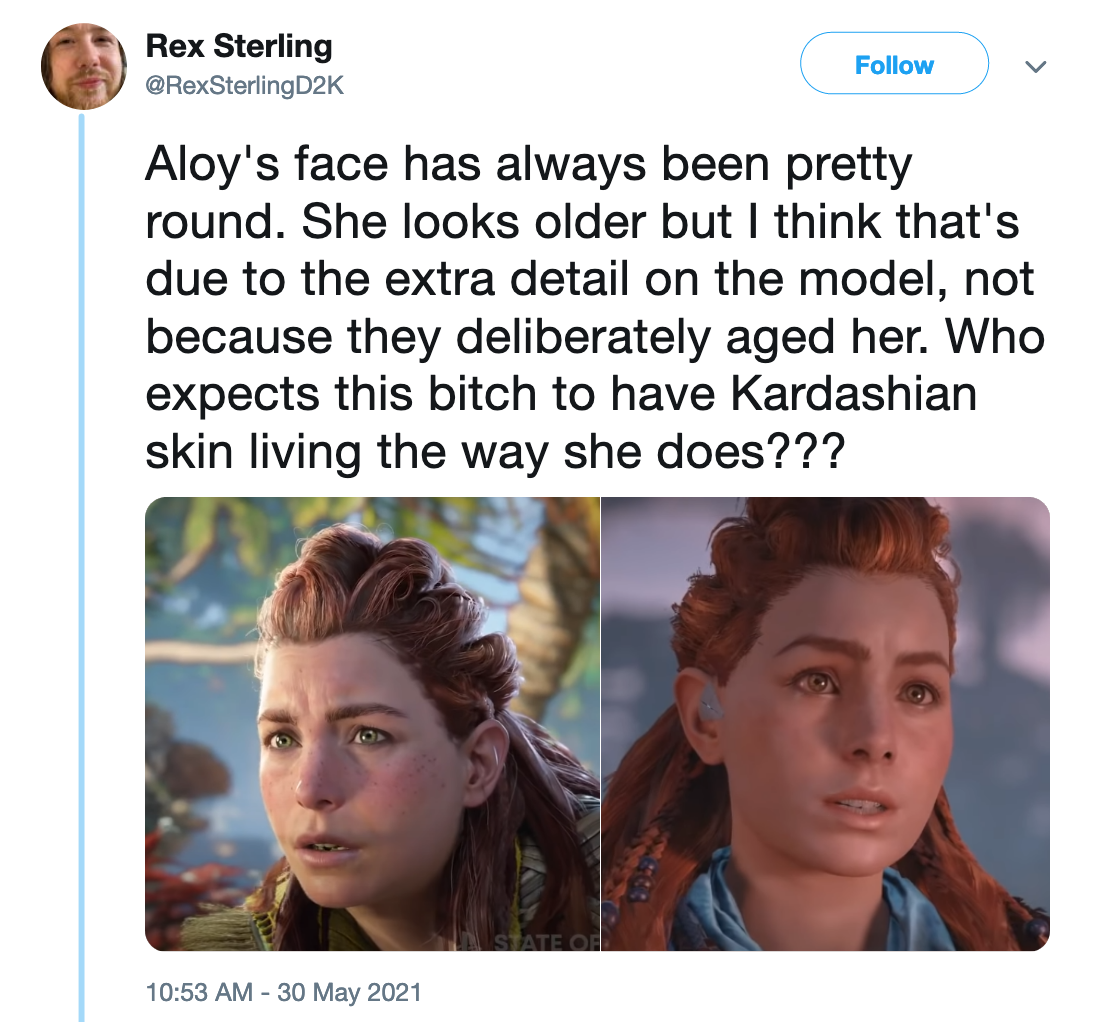 A third camp, agnostic in their belief as to whether Guerilla Games had actually changed Aloy’s model, contended that her unflattering appearance in the game play reveal trailer was the result of camera angles and lighting. 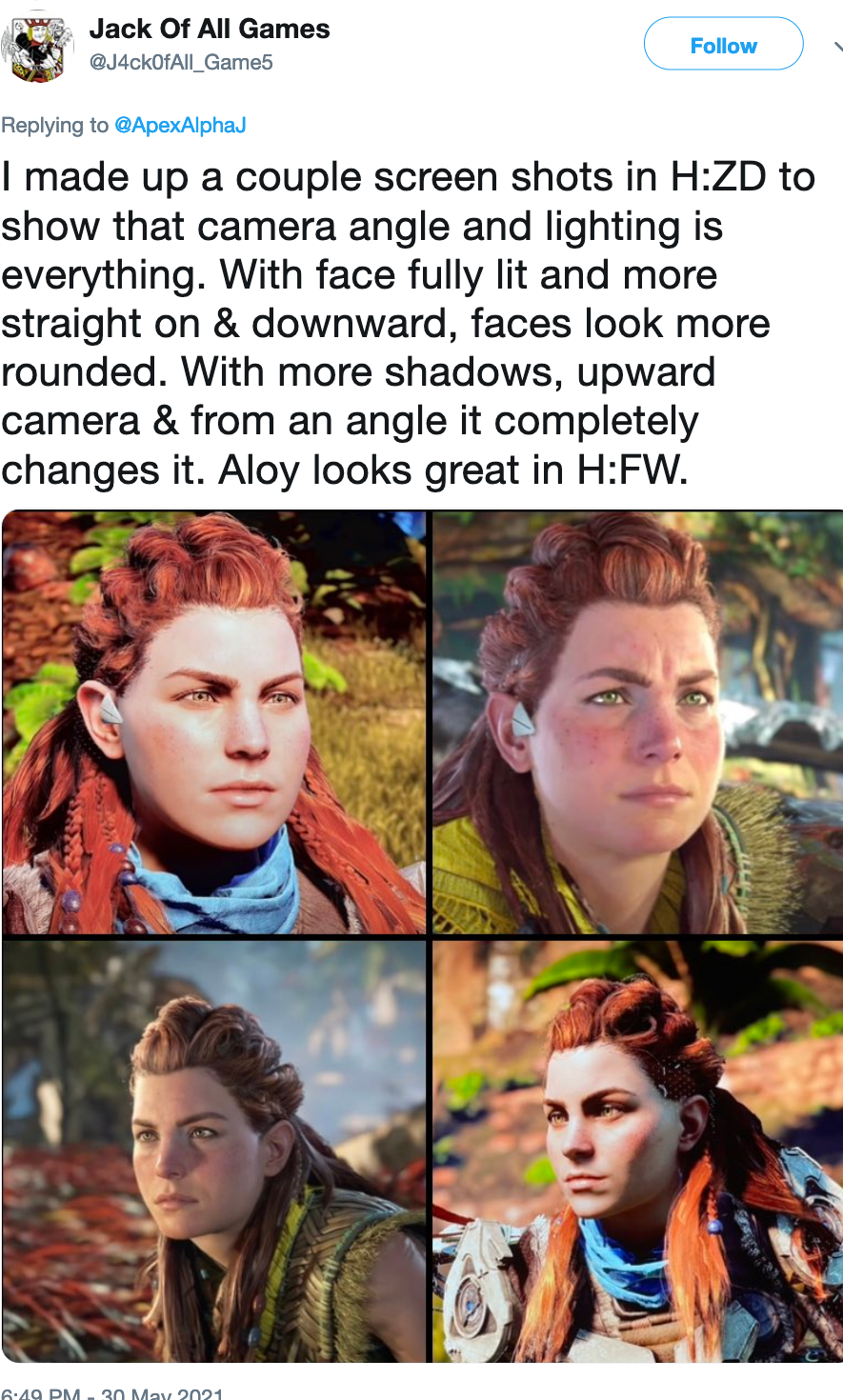 As of writing, it remains unconfirmed whether or not Aloy’s appearance has been intentionally and negatively altered for Horizon Forbidden West.

A widely-circulated screen cap from a GameFaqs thread (seen below) asserts that Horizon Zero Dawn director Mathijs de Jonge once stated in an interview that the feminine look of [Hoekstra] didn’t portray the “strength” they wanted.

However, there appears to be little truth to this claim, as Bounding Into Comics could not find an interview where de Jonge makes those claims published by any of the outlets mentioned in the screen capped post. 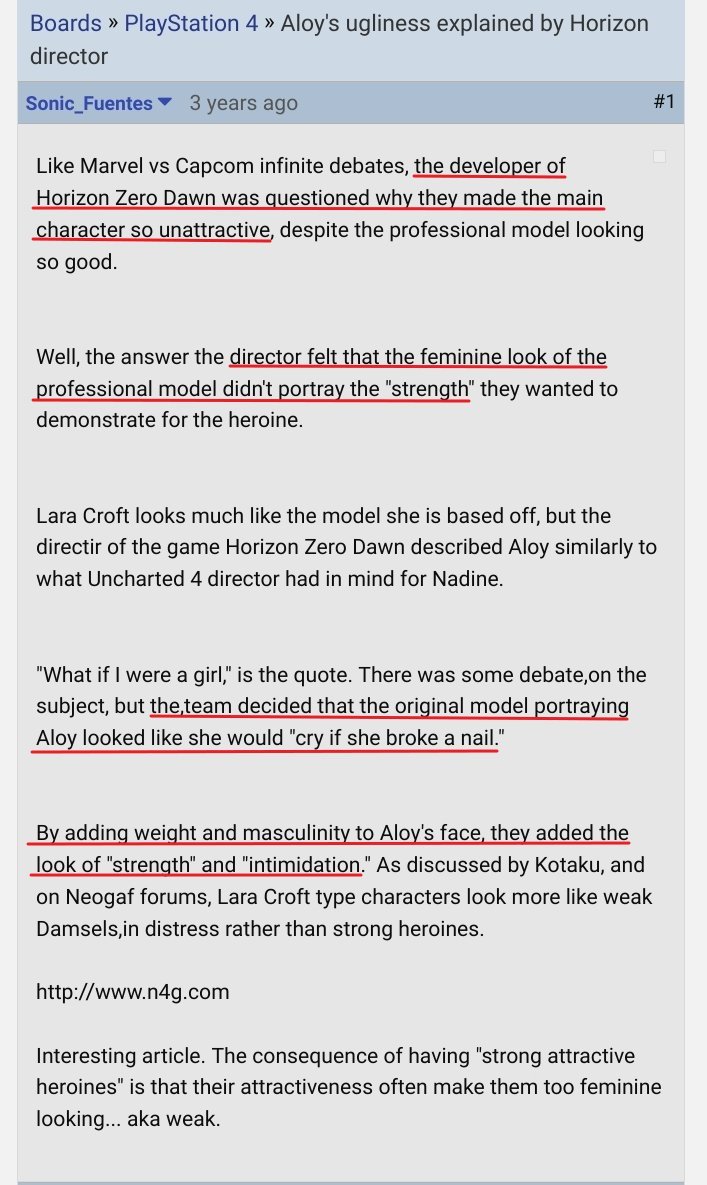 What do you make of Aloy’s supposed ‘chubby’ appearance in Horizon Forbidden West? Let us know your thoughts on social media or in the comments down below!