Today’s cover of the day is Alex Toth and Frank Giacoia’s All American Western #107.

The issue was originally published back in May 1949.

The issue featured a number of stories including “Cheyenne Justice”, “A Crown For Tony Barrett”,  “Silent Star Wins His War Bonnet”, “The Case of the Rustled Mule”, “The Long Arrow”, and a short story titled Cookie.

Take a look at the cover. 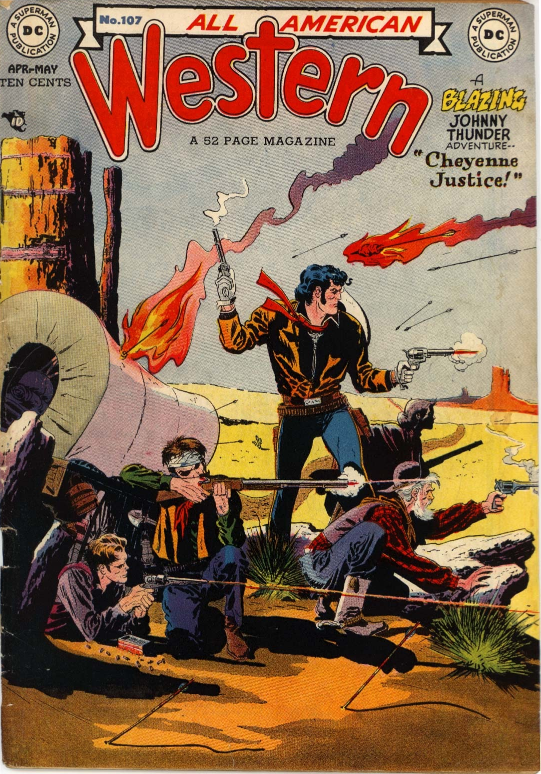 The stories were done by a who’s who of comic book talent in the late 1940s.

“Cheyenne Justice” was written by Robert Kanigher with pencils by Alex Toth and inks by Frank Giacoia.

“A Crown For Tony Barrett” was drawn by Gil Kane with inks by Frank Giacoia.

“Silent Star Wins His War Bonnet” was written and drawn by Joe Kubert.

“The Case of the Rustled Mule” was drawn by Irwin Hasen with inks by John Giunta.

“The Long Arrow” was written by Lee Goldsmith with pencils by Joe Kubert and inks by John Giunta.

Finally, the short story “Cookie” was written by John Broome under the penname John Osgood.

What do you make of Toth Giacoia’s All American Western #107?