In a press release, Dark Horse announced the tie-in series will be a four issue miniseries that will serve as a prequel to the the upcoming Masters of the Universe: Revelation animated series from Netflix and Mattel Television later this year. 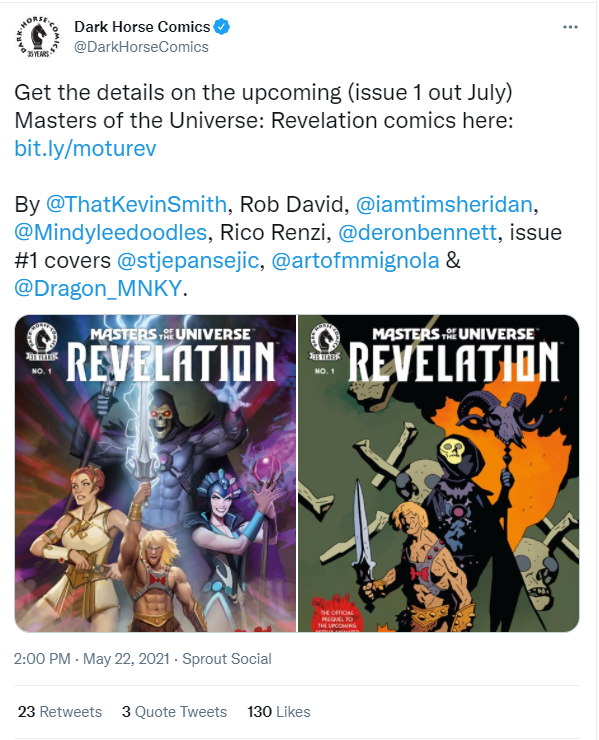 Specifically, the story takes place after a vicious Orlax attack on King Randor. Following the attack, “He-Man learns the creature is linked to the origin of the sword of power.”

Dark Horse adds, “To save Randor and put an end to the chaos, He-Man embarks on an epic journey that pits him against his longtime foes Skeletor and Evil-Lyn, and sees Teela take the reins of a powerful legacy.” 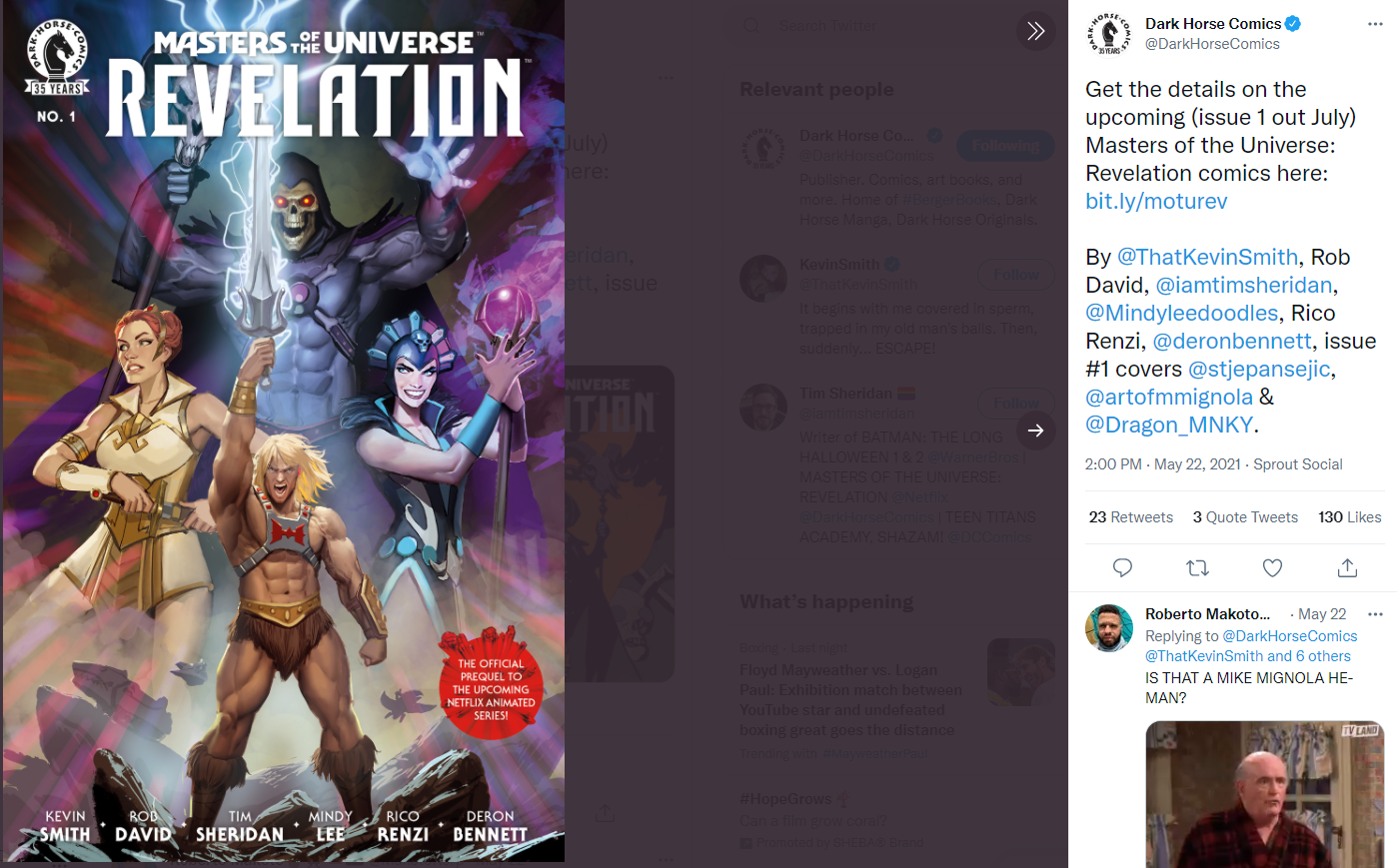 Dark Horse details the “story arc for the new comics was conceived by the show’s executive producers Kevin Smith and Rob David, who also served as the creative director and writer of DC Comics’ Master of the Universe releases from 2012 – 2021, as well as show writer Tom Sheridan.”

The artwork is done by Mindy Lee with Rico Renzi on colors and Deron Bennet doing the letter.

Rob David commented on the goal for the series, “When the Masters of the Universe franchise first launched nearly 40 years ago, each action figure came with a comic book to enable children to further explore the world of Eternia.”

He added, “Now, in partnership with Dark Horse, we will go back to our roots to set-up the upcoming “Masters of the Universe: Revelation,” television series with a world-shattering comic book tale.” 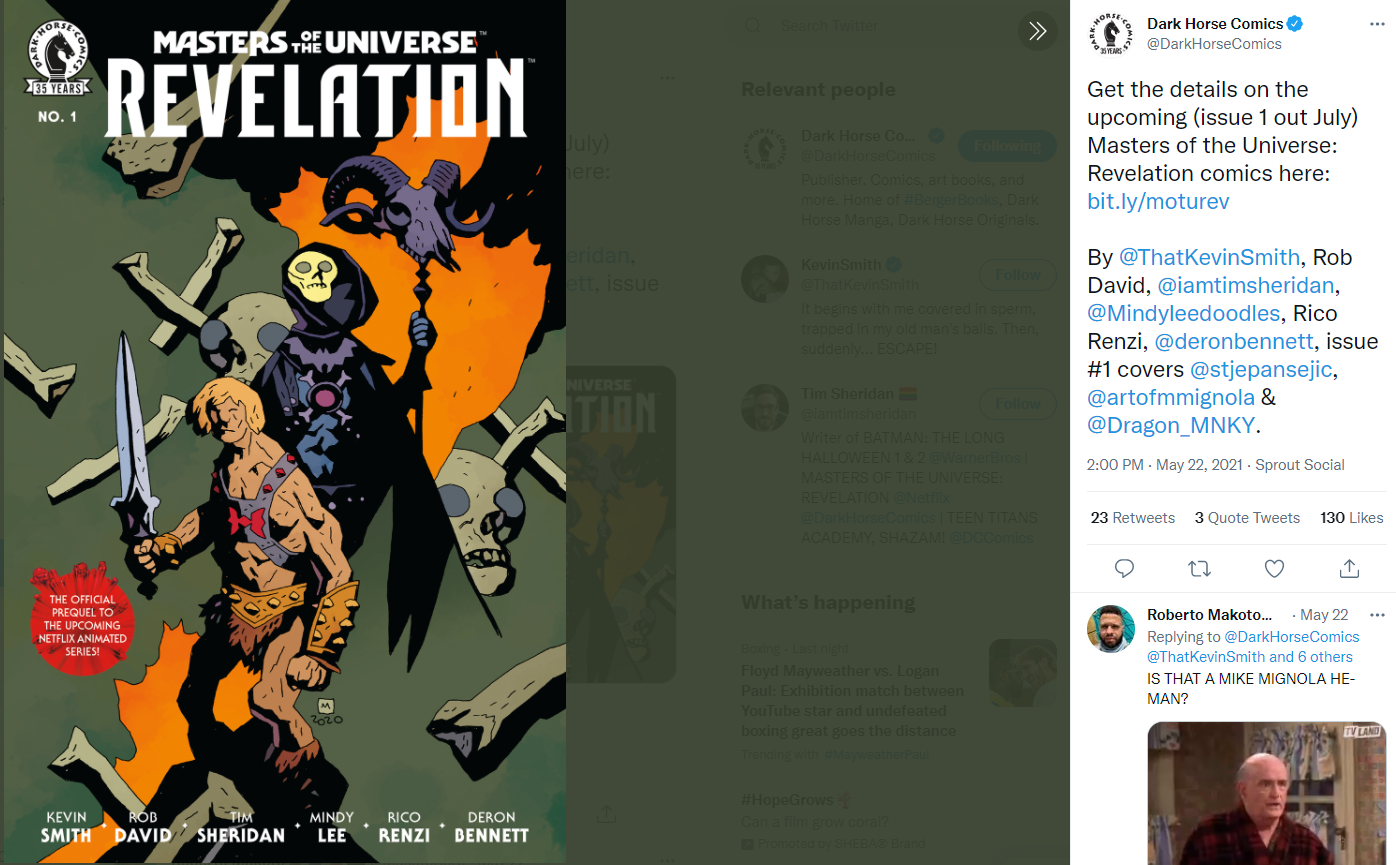 The first issue will feature cover art by Stjepan Sejic. Dave Wilkins provides cover art for the other three issues.

The first issue is expected to hit comic book shelves on July 7, 2021. The second issue will arrive on August 11th. The third arrives on September 9th, and the fourth drops on October 13th.

Do you plan on checking out this prequel series?