The issue was originally published on March 8, 1991 in Japan, but this cover made its debut in North America in May 2003. 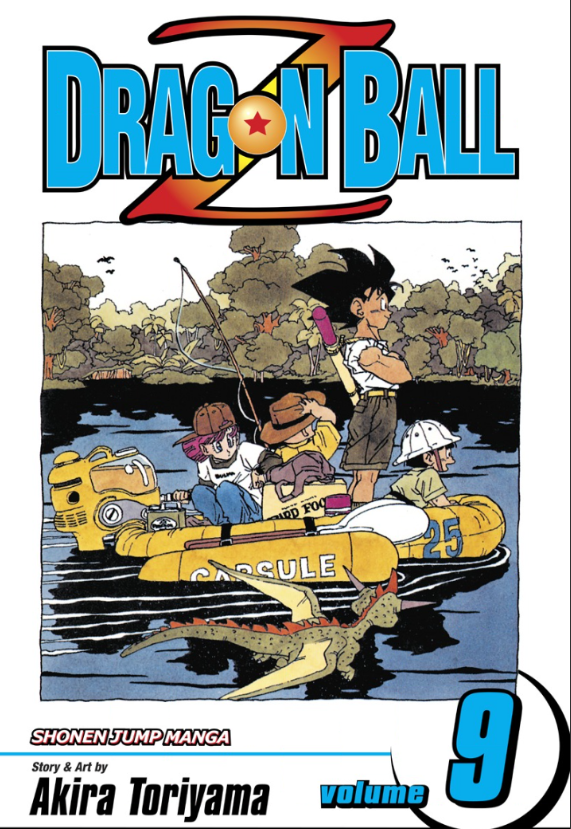 The official description from VIZ Media reads, “Goku and Captain Ginyu fight it out to the end–in each other’s bodies! With Goku’s life hanging by a thread, Gohan and Kuririn must use the seven Dragon Balls of Namek to summon the mighty Dragon Lord, who can grant any three wishes!”

It continues, “But they’d better wish fast, because converging on them are Freeza, lord of the universe, and Vegeta, their evil ally–both seeking the Dragon Balls to wish for eternal life for themselves.”

The description concludes, “Soon, all our heroes are forced to fight together against Freeza–and their salvation may come in the form of not Goku, but Piccolo, now stronger than ever!”

The entire volume is available to purchase from VIZ Media for $6.99.