Both rotten Tomatoes and Metacritic revealed their critic scores for the upcoming Loki series on Disney+.

It appears critics were given the first two episodes of the series to review.

On Rotten Tomatoes, Loki has a 92% Tomatometer rating.

Adam Barnhardt at ComicBook.com gives the show a 4.5 out of 5. He writes, “Balancing the standard Marvel comedy with strong character beats and heart-tugging moments, Loki is a well-balanced series that never once takes itself too seriously.”

James Whitbrook at io9.com gives the show a fresh score. He writes, “Appropriate perhaps then, that in a series for a character as shape-shifting and tricky as Loki, that we’re given the chance to add new layers to our definition of the character in such a charmingly clever manner.”

Grace Randolph at Beyond the Trailer gives the show a fresh review. She writes, “The most cinematic Marvel show to date in large part thanks to Hiddleston & Wilson. Very strong across the board. A bit slow in parts, but overall top notch entertainment.”

Caroline Framke at Variety gives the show a rotten score. She writes, “It’s nevertheless a bit of a letdown when you realize halfway through the dense first episode that one of the MCU’s ostensibly most unpredictable lead characters has somehow landed in the most predictable of setups.”

Matt Webb Mitovich at TV Line gives the show a B+. He writes, “The set design for Loki is top-notch, evoking Terry Gilliam’s Brazil with its art deco depiction of the TVA’s base of operations, while nifty visual effects are employed to keep Loki “chained up” and to dispatch agents to time period after time period.”

David Opie at Digital Spy gives the show a 3 out of 5. He writes, “Loki has a lot of potential, but in the first two episodes at least, a sluggish narrative and four phases worth of back story weigh things down more than we’d like.”

Huw Fullerton at Radio Times gives the show a 4 out of 5. He writes, “The TVA’s inclusion in this series is a stroke of genius, creating an apparatus to excises Loki from the main MCU while also creating a vast fantasy/sci-fi playground of all time and space for Hiddleston to play in.”

Kelly Lawler at USA Today gives the show a 3 out of 4. She writes, “A lot of rigamarole, a lot of time travel jargon and an entirely new science fiction side of the [MCU], but at the very least it succeeds as a showcase for Hiddleston’s mischievous smile. It also might give Disney+ its first genuinely good Marvel series”

Ben Travers at IndieWire gives the show a C. He writes, “Still, it’s essentially impossible to hide exposition when there’s this much of it, and the chatter becomes as distracting as it is endless.” 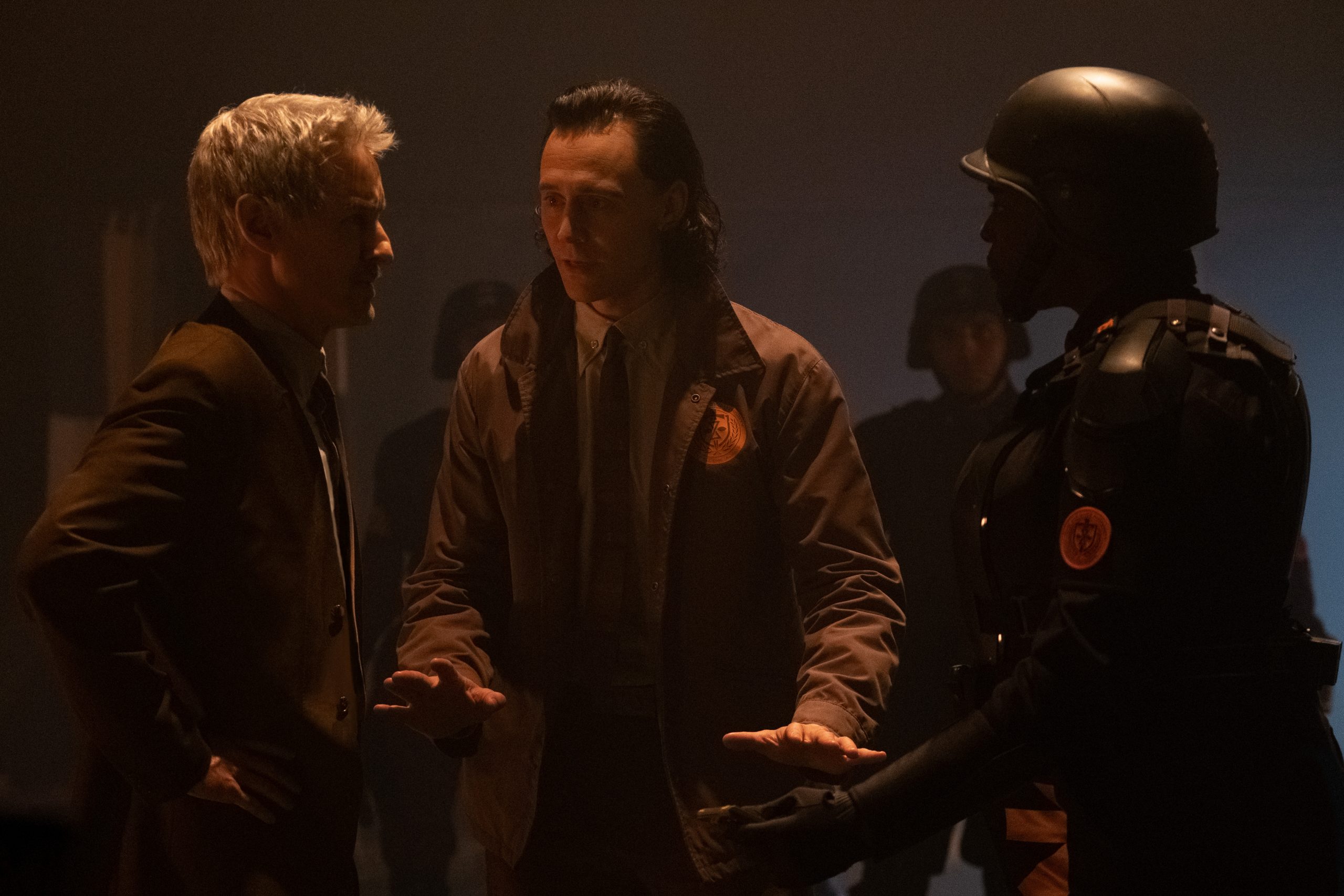 Over on Metacritic, the show currently has a Metascore of 78 from 13 critic reviews.

There are 11 positive reviews and 2 mixed reviews.

Here’s what the critics are saying at Metacritic:

Brett White at Decider gives the show a perfect 100. He writes, “Loki is a surrealist, kafkaesque mashup of True Detective and The Office—and it is a sight to behold. … The show should not work, but it does. Loki (the series) was burdened with glorious purpose from the start and, unlike Loki (the character), you can consider that purpose fulfilled.”

Terry Terrones at Colorado Springs Gazette gives the show a perfect 100 as well. He writes, “Clever, bold and flat out fascinating, “Loki” sets a new bar for Disney+ shows.”

Liz Shannon Miller at Collider gives the show a 91. She writes, “Of all the surprises and twists introduced by this show, perhaps the most exciting is its deep investment in understanding its central character at his best and worst, asking some truly tough questions against the backdrop of a time travel lark. Loki was always one of the MCU’s greatest villains. But he’s just as compelling as the hero of his own story.” 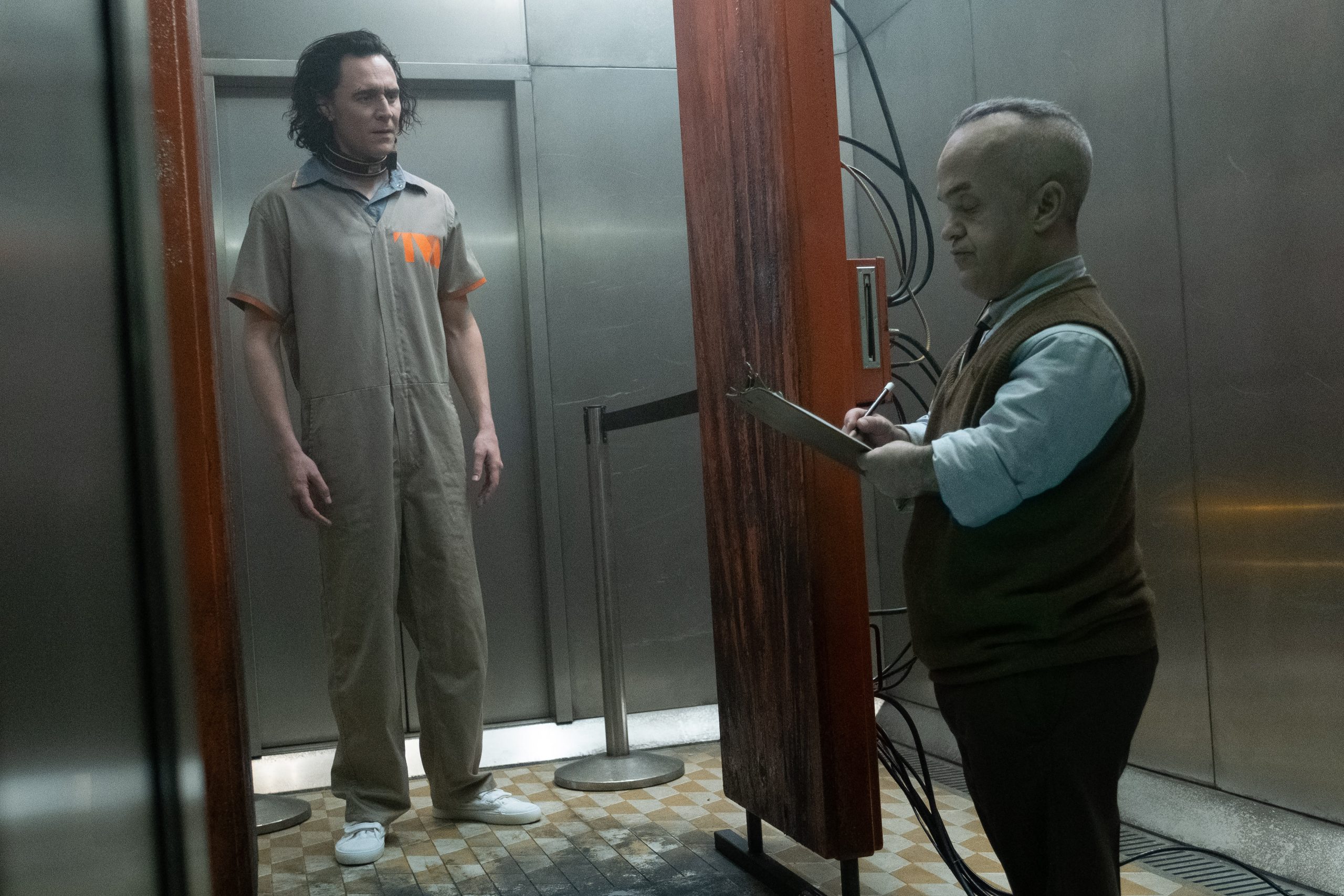 Verne Gay at Newsday gives the show an 88. He writes, “What’s good about “Loki” is what was so good about the other Disney Plus “Endgame” spinoffs, “WandaVision” and “The Falcon and the Winter Soldier.” You don’t need to be a Marvel expert, or know that Frigga was his mother, or that he had (has?) mother issues. … This Loki, and those worlds, those mothers, look intriguing indeed. Loki fans will be much pleased.”

Allison Keene at Paste Magazine gives the show an 84. She writes, “It’s not as groundbreakingly bonkers as WandaVision, but it’s also not as dourly macho as The Falcon and the Winter Soldier.” 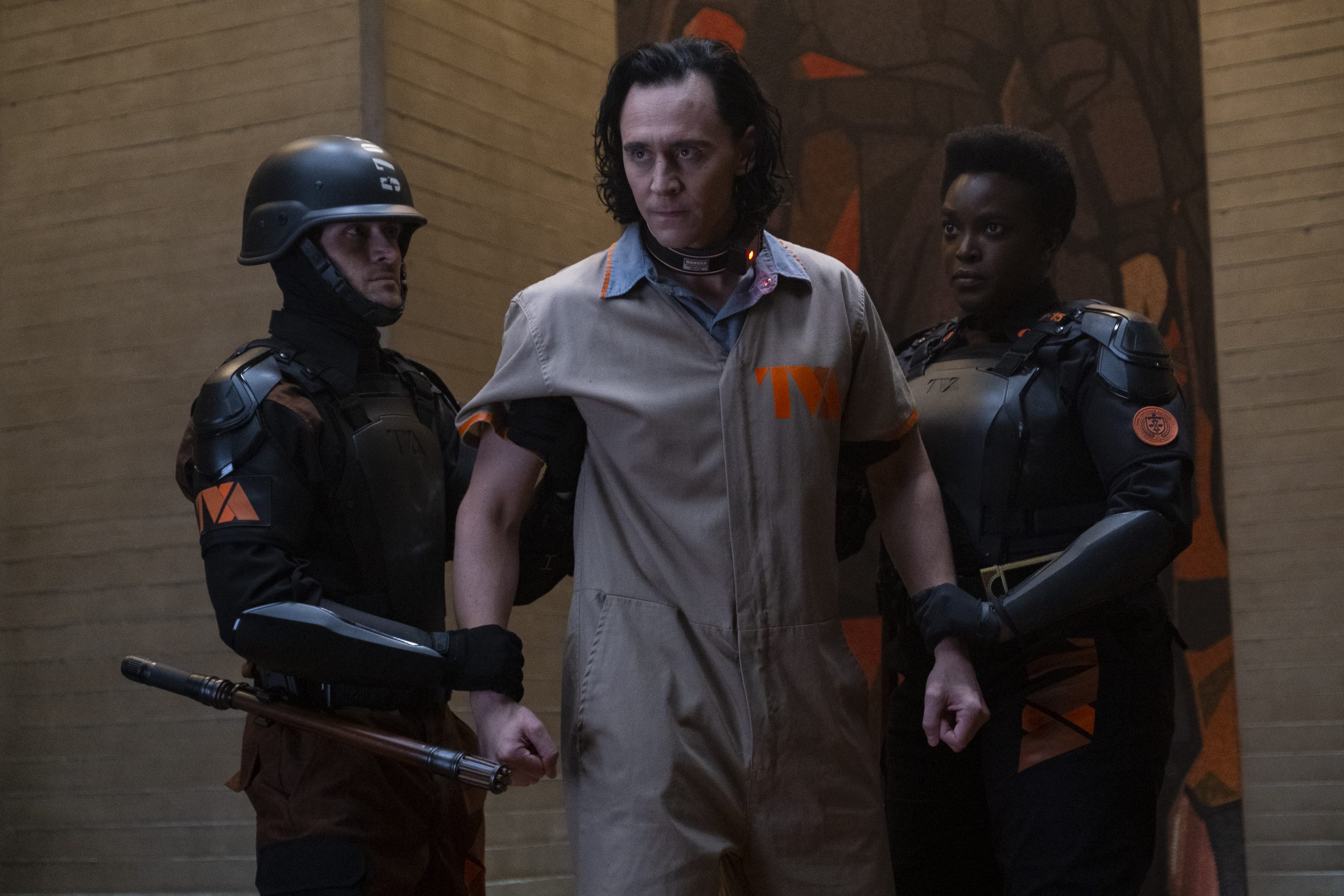 Nick Schager at The Daily Beast gives the show an 80. He writes, “Loki zigs and zags without sacrificing coherence—a not-inconsiderable feat considering the wealth of explanatory time-travel exposition required by the plot. Suffice it to say, watching these six episodes will likely be necessary for anyone wanting to make heads or tails of where the MCU is headed. Still, the series never feels as if it’s drowning in educational mumbo-jumbo.”

Dan Fienberg at The Hollywood Reporter gives the show a 70. He writes, “Waldron finds just enough different ways to keep inserting more information, and director Kate Herron effectively makes Loki feel like more than a series of mythology dumps. … Having set everything up to an exhausting degree, things could be lined up to get really entertaining. … Or Loki might just be a lot of Hiddleston and Wilson talking, which might still be engaging for six episodes, but will surely require Marvel course correction, once the audience murmuring begins.”

Roger Moore at Movie Nation gives the show a 63. He writes, “There’s little pretense to social satire here, so “Loki” is easier to get into the spirit of this than “WandaVision,” although I’m of the minority opinion that none of these Marvel small-screen spinoffs pack enough wit, action, pathos or what have you into them to justify “series length” treatment. But Loki and Hiddleston — in all their many colors — are fun enough to bring one back to the stream to catch each new episode to see what that “scamp” is up to now.” 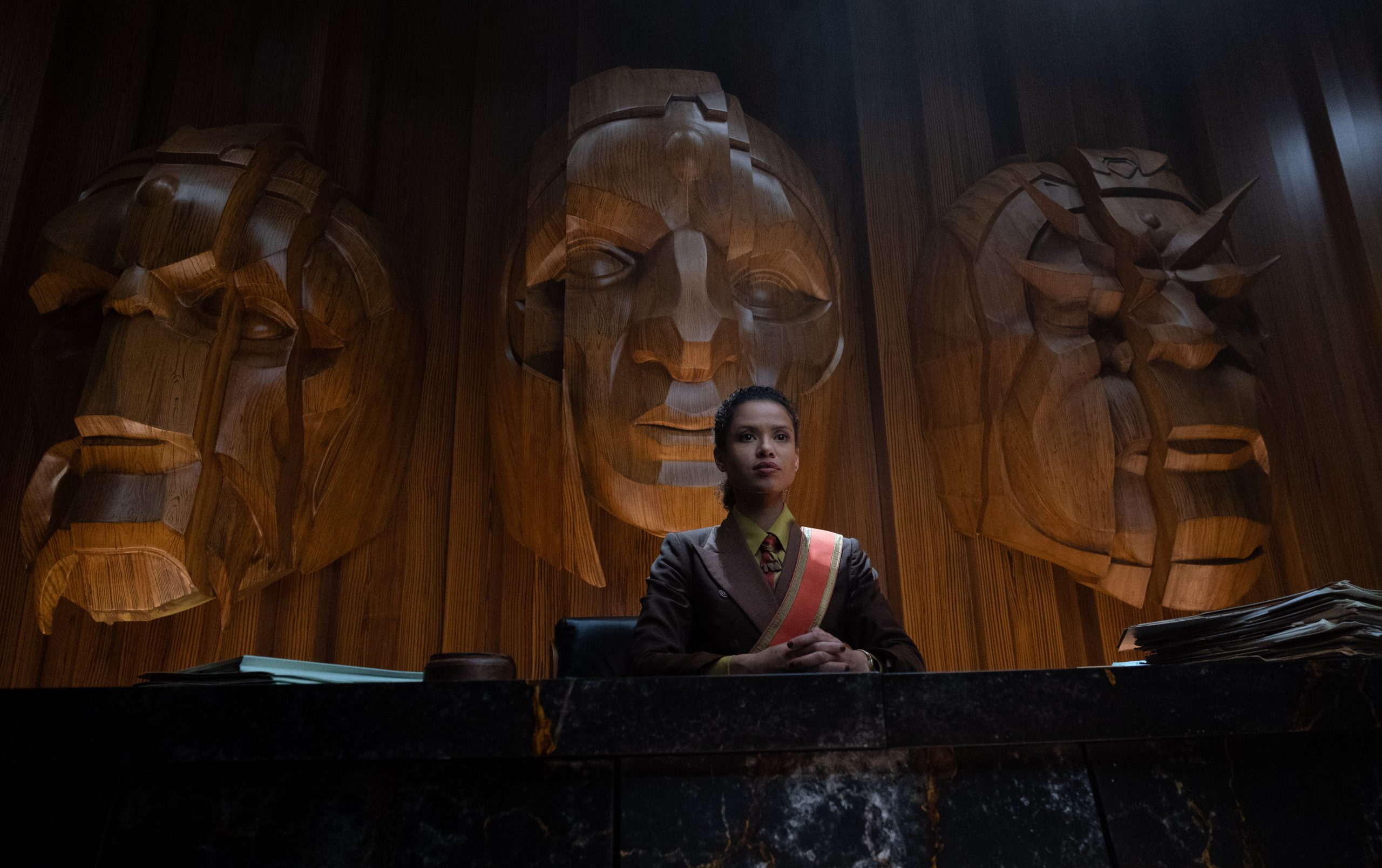 What do you make of these critic scores and reactions? Do you plan on watching Loki?