Shazam: Fury of the Gods is currently filming yet the sequel hasn’t enjoyed the same behind-the-scenes exposure or speculation as either The Flash or The Batman. Fortunately for fans eagerly anticipating it that are tired of being left in the dark, that drought in revelations sees the drip and drab of a little rain for once. 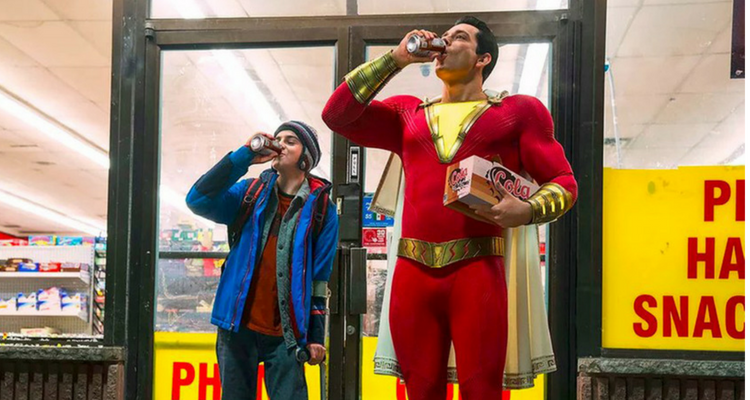 It comes in the form of a leaked set video showing young actress, and star of the upcoming West Side Story remake, Rachel Zegler, wearing a golden costume hinting at the identity of her sorta top-secret character.

AHHH RACHEL IN HER SHAZAM COSTUME, SHE LOOKS SO BADASS AND BEAUTIFUL LOOK AT HERRRRRR. Creds to Jachel_updates on ig. pic.twitter.com/QhFtRjEMsx

The 20-year-old Zegler is believed to be playing the youngest of the three wicked sisters slated as the film’s villains. Helen Mirren and Lucy Liu play the other two, Hespera and Kalypso.

Additional intel obtained by Murphy’s Multiverse states Zegler’s character goes by Anne and attends high school with Freddy Freeman (Jack Dylan Grazer) and Billy Batson (Asher Angel). She may also flirt with Freddie for two scenes that could indicate some cozying up to the heroes to bring their guard down or find out their weaknesses. 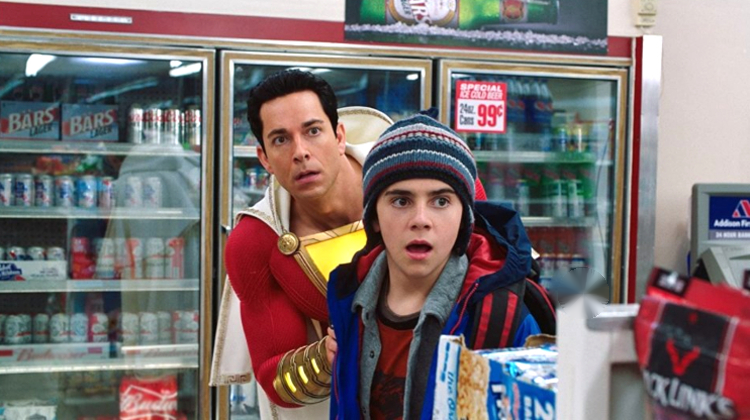 It’s anybody’s guess if Anne will then fall into the tropes of striking up a schoolyard romance with Freddie and either breaking his heart or siding with the Shazam Family to help foil her sisters. The comics and movies have seen their fair share of both taking place over the years.

In related news, director David Sandberg offered a sneak peek of Zachary Levi’s return to the Seven Realms. Poorly lit, it doesn’t offer much of a glimpse which Levi quips about at the end of the clip.

Some set photos also treated us to the first look at Levi’s redesigned costume. The light-up lightning bolt looks to be replaced and the cape and hood, noticeable by their absence, might be CG this time.

Sandberg promises a bigger movie with a post-credit scene, but we shouldn’t expect to see Superman or Black Adam just yet. Regardless, Shazam: Fury of the Gods is coming to theaters on June 2, 2023.

Tell us what your excitement level is for Shazam! 2, and what you think “Anne’s” intentions are, down in the comments and elsewhere.