Amidst a wave of backlash against his history of donations to politicians believed by many fans to be “homophobic and transphobic,” including former President Donald Trump and former US Representative Tulsi Gabbard, Five Nights At Freddy’s creator Scott Cawthon has announced his retirement from the field of video game development. 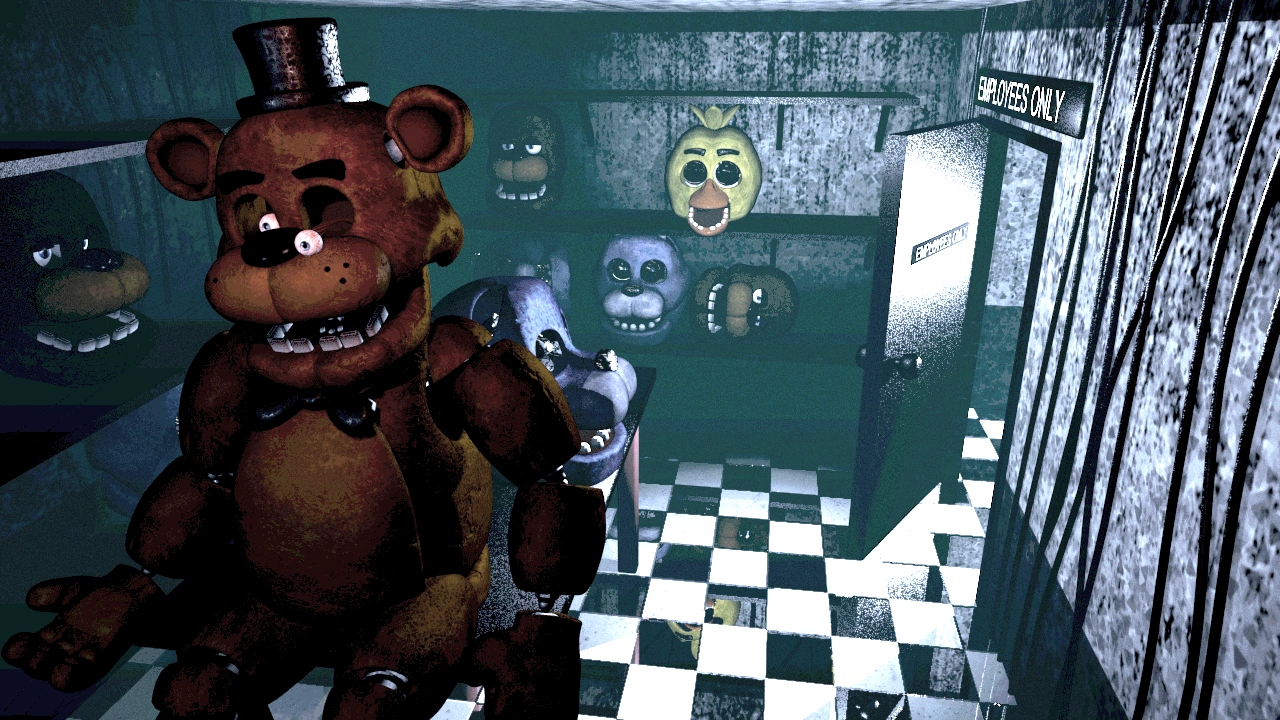 The outrage against Cawthon began on June 10th, when, apropos of nothing, Twitter user @IAmGryphoneer tweeted out a history of Cawthon’s political donations alongside the caption, “turns out scott cawthon, well-known as the creator of five nights at freddy’s and less known as being a christian fundie, maxed out his political donations to republican candidates and PACs in 2020.” 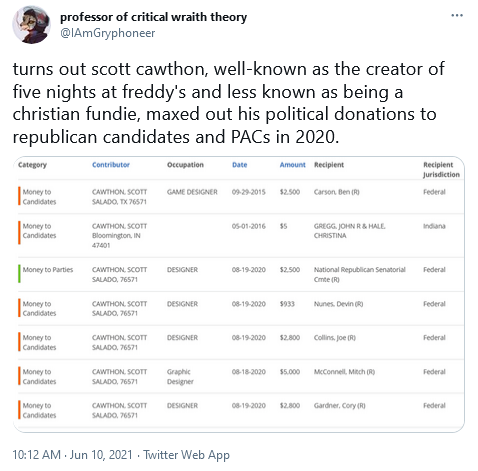 “trump, McConnell, carson, nunes, the (s)***s,” said @IAmGryphoneer of some of the politicians to whom Cawthon made a donation. 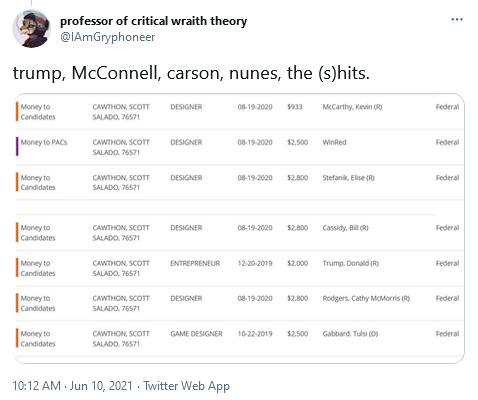 Noting that the lone exception to Cawthon’s history of donating to Republican politicians was one donation made to the presidential campaign of the aforementioned Gabbard, @IAmGryphoneer argued that the donation actually tracked, as “she’s a crypto-fash who’s allied with hindutva militias, pushes anti-trans bills and appeared on PragerU…”. 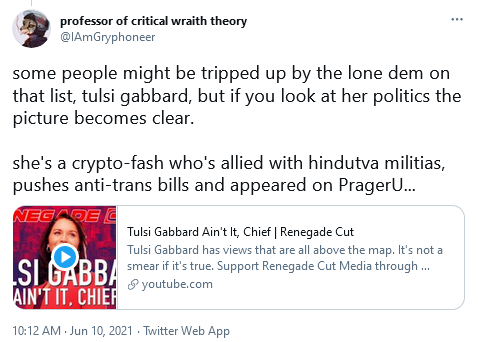 As @IAmGryphoneer’s tweets began to sweep across social media, Cawthon took to the official /r/fivenightsatfreddys subreddit on June 12th to share a lengthy response in which he explained, “even if there were candidates who had better things to say to the LGBT community directly, and bigger promises to make, I believed that their stances on other issues would have ended up doing much greater harm to those communities than good.”

However, he also refused to apologize, notably asserting  “All of this explanation, I fear, is wasted, as people don’t want to discuss with one another anymore; they want endless apologies and submission. People who are expecting those from me will get neither.” 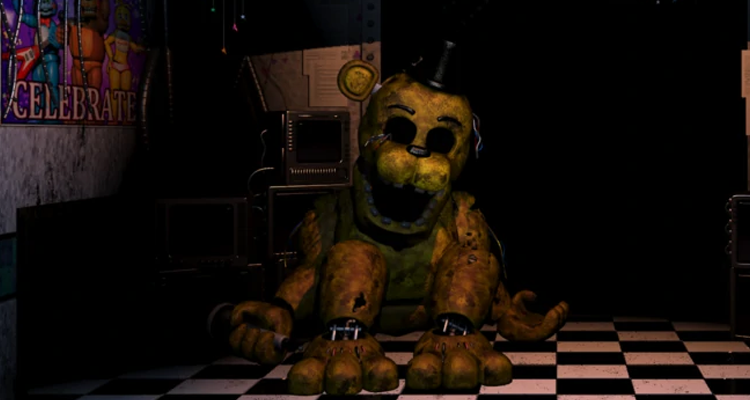 “I’m a republican. I’m a Christian. I’m pro-life. I believe in God,” Cawthorn adamantly asserted. “I also believe in equality, and in science, and in common sense. Despite what some may say, all of those things can go together. That’s not an apology or promise to change, it’s the way it’s always been.” 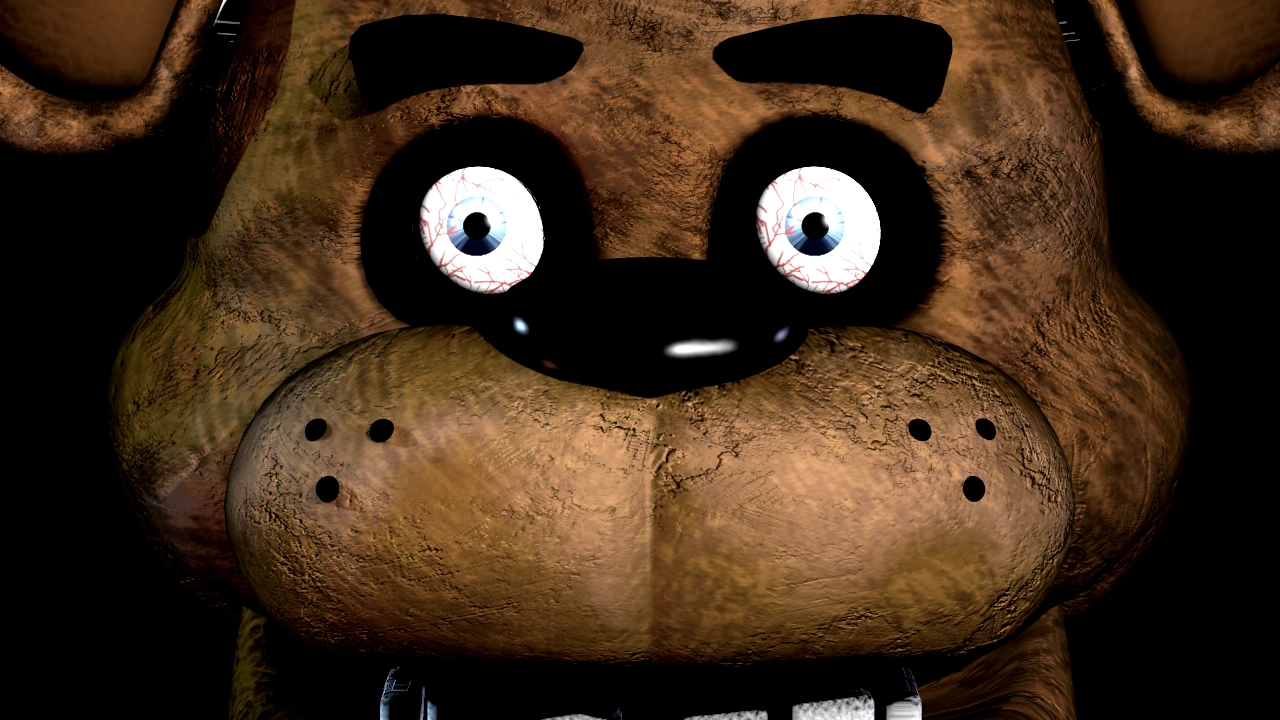 He concluded, “If I get cancelled, then I get cancelled. I don’t do this for the money anymore; I do it because I enjoy it. If people think I’m doing more harm than good now, then maybe it’s better that I get cancelled and retire. I would accept that. I’ve had a fulfilling career. Besides, most things that people can take from you are things that never had much value to begin with.”

Unsurprisingly, Cawthon’s response was deemed by many of his critics to be unsatisfactory, as they continued to believe that the video game designer’s political and religious beliefs were incongruous with his declared acceptance of LGBT individuals.

Even more unsurprisingly was how one of the most vocal of Cawthon’s many unsatisfied critics was Kotaku, who not only described the recipients of his donations as “a who’s who of homophobic and transphobic lawmakers,” but also that the developer’s “insistence that he loves his fans and that his personal actions regarding whom he’s hired, worked with, and befriended over the years should speak louder than his political donations makes no sense.” 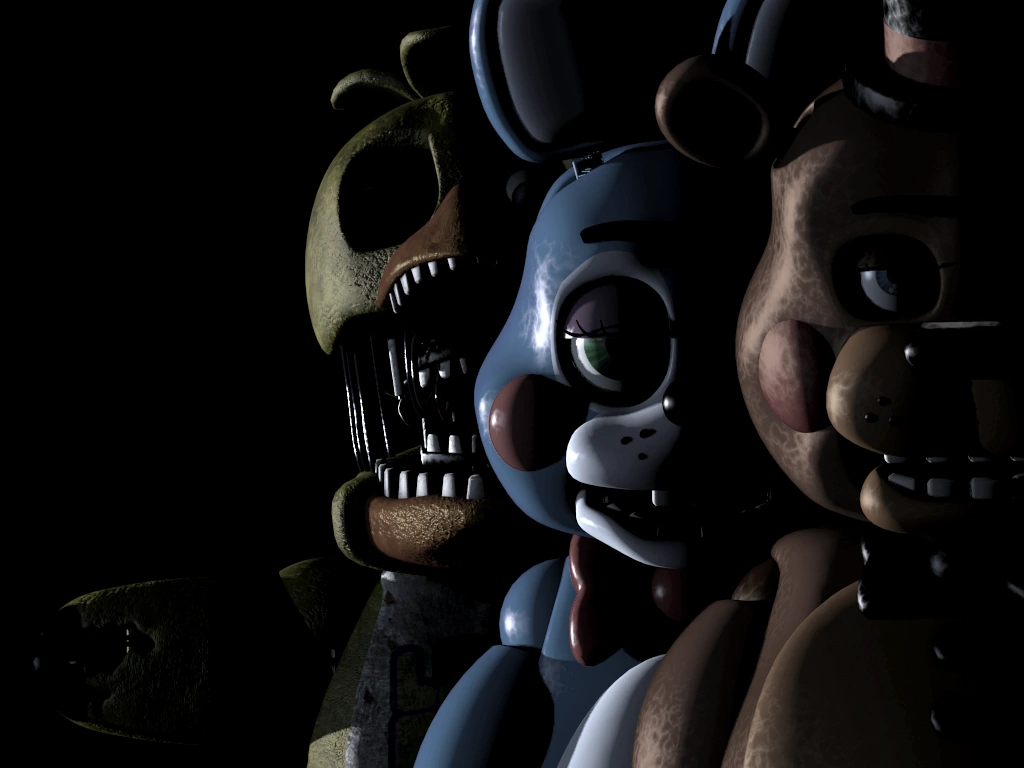 “Like racism, the rampant homophobia and transphobia in this country is systemic,” wrote Kotaku staff writer Ash Parrish. “And because it is systemic, only systemic action can reverse it. That means passing laws that protect the rights of people of the LGBTQIA+ community. It also means not supporting the kinds of people that vote for laws that disenfranchise these communities.”

Ultimately, several days after making his initial post and with the outrage against him showing no signs of calming, Cawthon updated his personal website to announce that he would be retiring from video game development, writing, “here on the seventh anniversary of the first game’s trailer, as I realize that I was in my mid-30s when I created the series and now I’m approaching my mid-40s, I realize that I miss a lot of things that I got to focus on before Five Nights at Freddy’s became such a success.”

“I miss making games for my kids, I miss doing it just for fun, and I miss making RPGs even though I stink at it,” admitted Cawthon. “All of this is to say that I am retiring.” 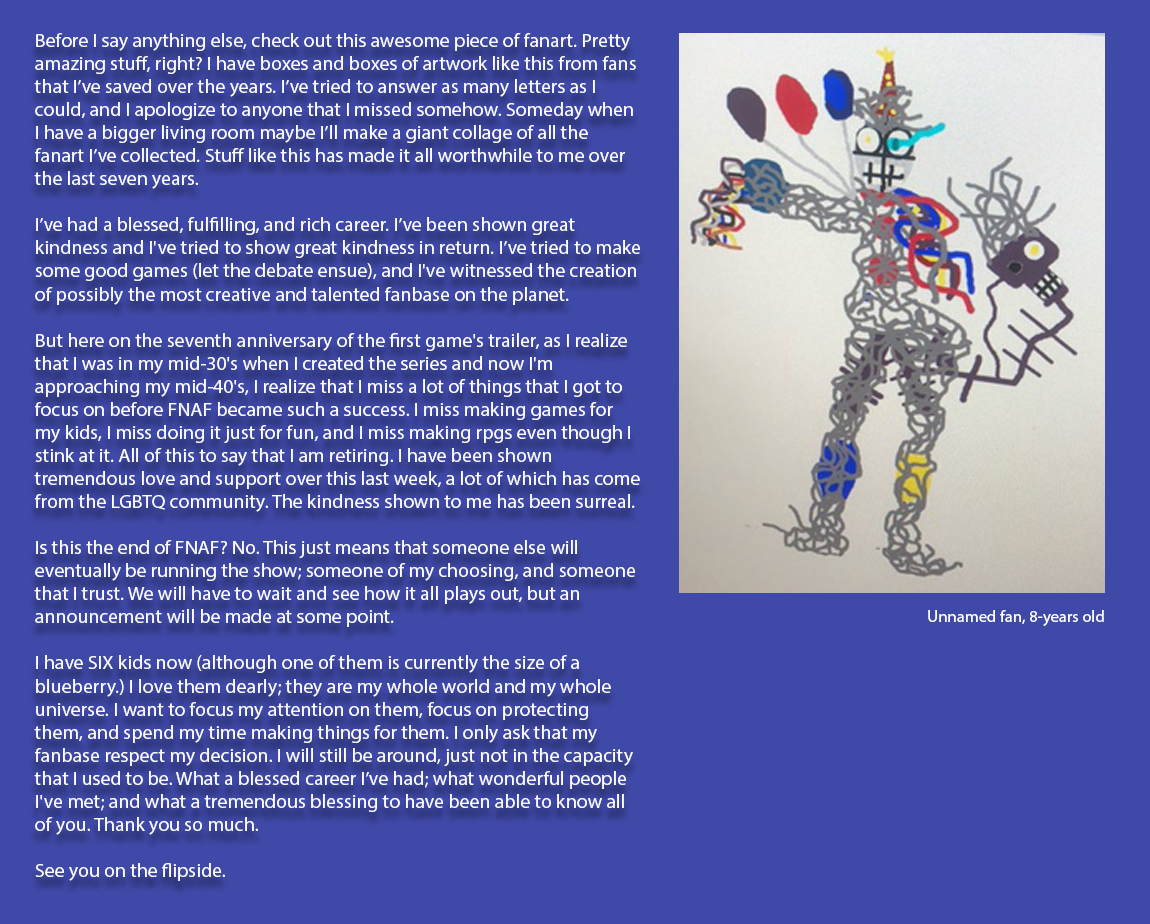 However, despite his retirement, Cawthon assured Five Nights At Freddy’s Fans that this not the end of the franchise, but rather “just means that someone else will be running the show; someone of my choosing, and someone I trust. We have to wait and see how it all plays out, but an announcement will be made at some point.”

“What a blessed career I’ve had; what wonderful people I’ve met; and what a tremendous blessing to have been able to know all of you,” concluded the popular creator. “Thank you so much. See you on the flipside.” 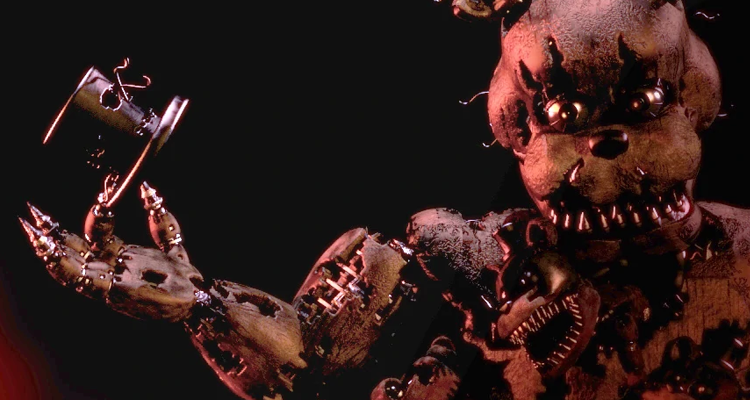 What do you make of Cawthon’s retirement? Let us know your thoughts on social media or in the comments down below!