A few weeks ago, TikTok user @lcxvy shared a compilation of clips to their account wherein 19-year-old woke Grammy-winning singer Billie Eilish could be seen uttering racial slurs ranging, from outright offensive words to unintelligible sounds made out of a racist parody of Asian languages, in various instances of apparent racism towards individuals of Asian descent.

In the compilation, the Grammy-winning artist can be seen singing to Tyler, The Creator’s “Fish” tune and mouthing an offensive ethnic slur featured in the song, followed by a clip wherein the singer utters a string of gibberish presumably intended as a verbal mockery of Asian languages.

As it is to be expected from woke celebrities like Eilish, the singer wasted no time issuing an apology after the clips spread across social media — a quite lengthy one, as well — in which she expressed regret for uttering those words.

“i love you guys, and many of you have been asking me to address this. and this is something that i WANT to address because I’m being labeled something that i am not,” wrote Eilish in a now-expired Instagram story. “There’s a video edit going around of me when i was 13 or 14 where i mouthed a word from a song that at the time i didn’t know was a derogatory term used against members of the asian community.”

“i am appalled and embarrassed and want to barf that i ever mouthed along to that word. this song was the only time I’d ever heard that word as it was never used around me by anyone in my family,” she explained. “Regardless of my ignorance and age at the time, nothing excuses the fact is that it was hurtful and for that i am sorry.” 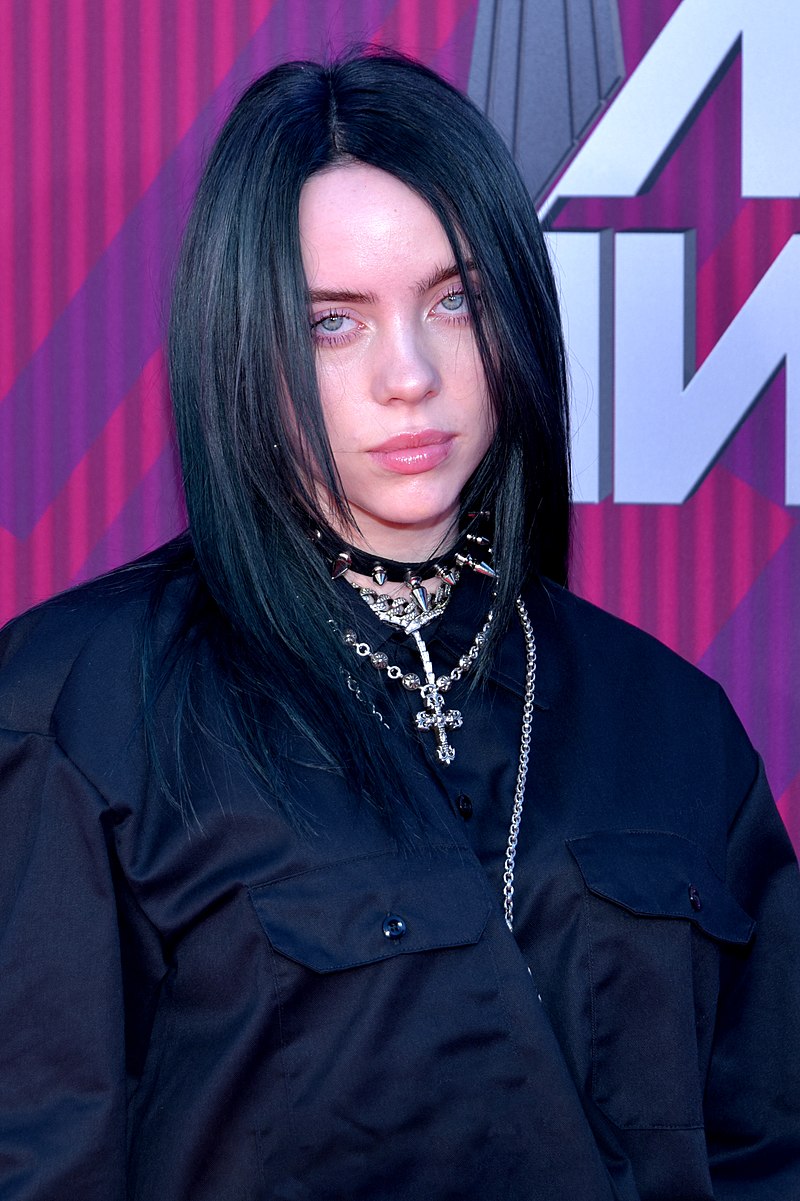 Interestingly, though she apologises for mouthing the slur, Eilish doesn’t really apologise for her use of insulting Asian language “gibberish” – in fact, she actually attempted to justify it.

In an attempt to excuse her offensive imitation of the Asian languages, Eilish went on to claim, “the other video in that edited clip is me speaking in a silly gibberish made up voice… something i started doing as a kid and have done my whole life when talking to my pets, friends, and family.”

“it is absolute gibberish and just me goofing around, and is in NO way an imitation of anyone or any language, accent, or culture in the SLIGHTEST,” the singer added. “Anyone who knows me has seen me goofing around with voices my whole life. regardless of how it was interpreted i did not mean for any of my actions to have caused hurt to others and it absolutely breaks my heart that it is being labeled now in a way that might cause pain to people hearing it.” 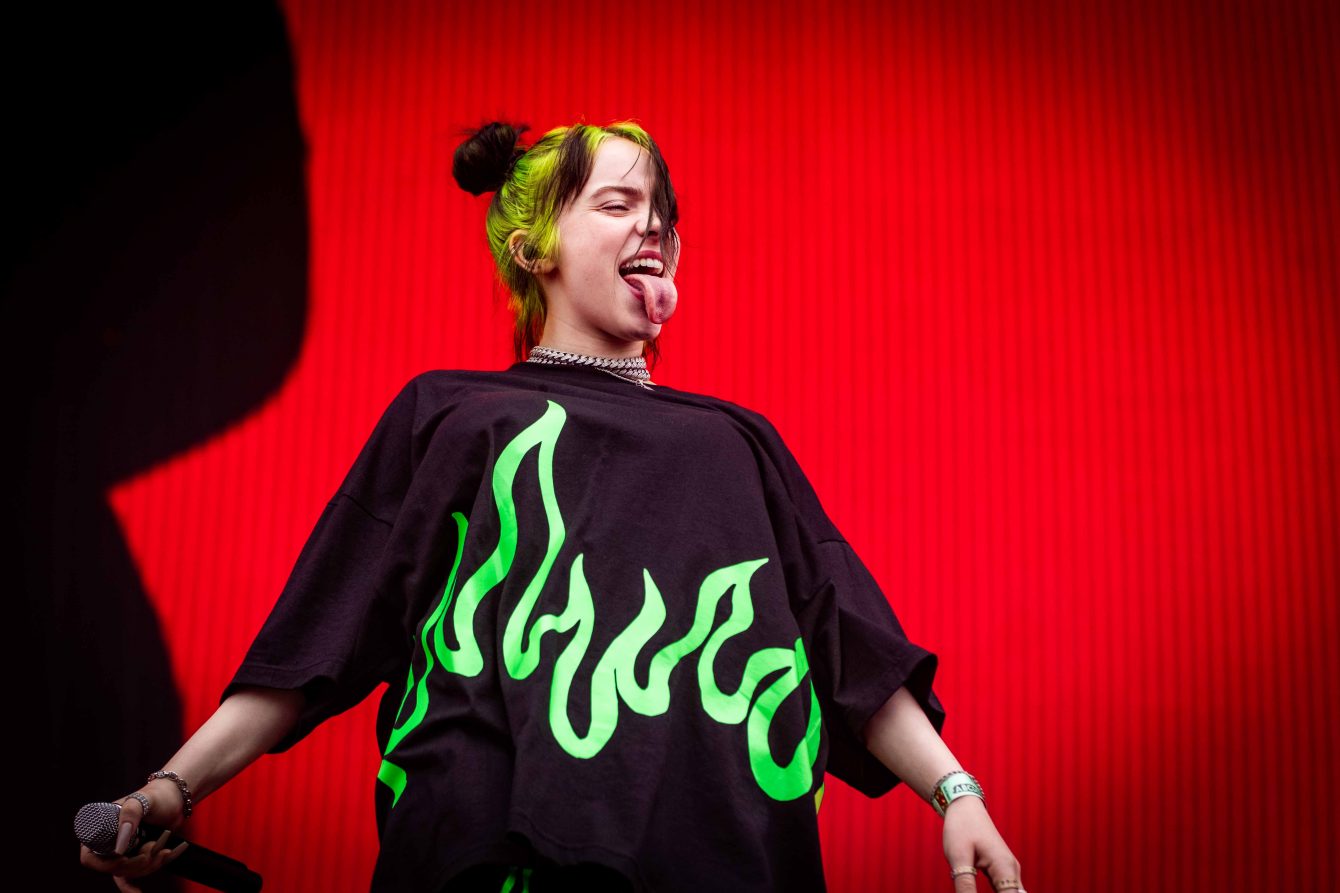 Playing the woke card in order to appease the cancel culture mob before they attempt to, well, cancel her, Eilish further noted, “i not only believe in, but have always worked hard to use my platform to fight for inclusion, kindness, tolerance, equity and equality.”

“We all need to continue having conversations, listening and learning. i hear you and i love you. thank you for taking the time to read this,” concluded the artist’s apology. 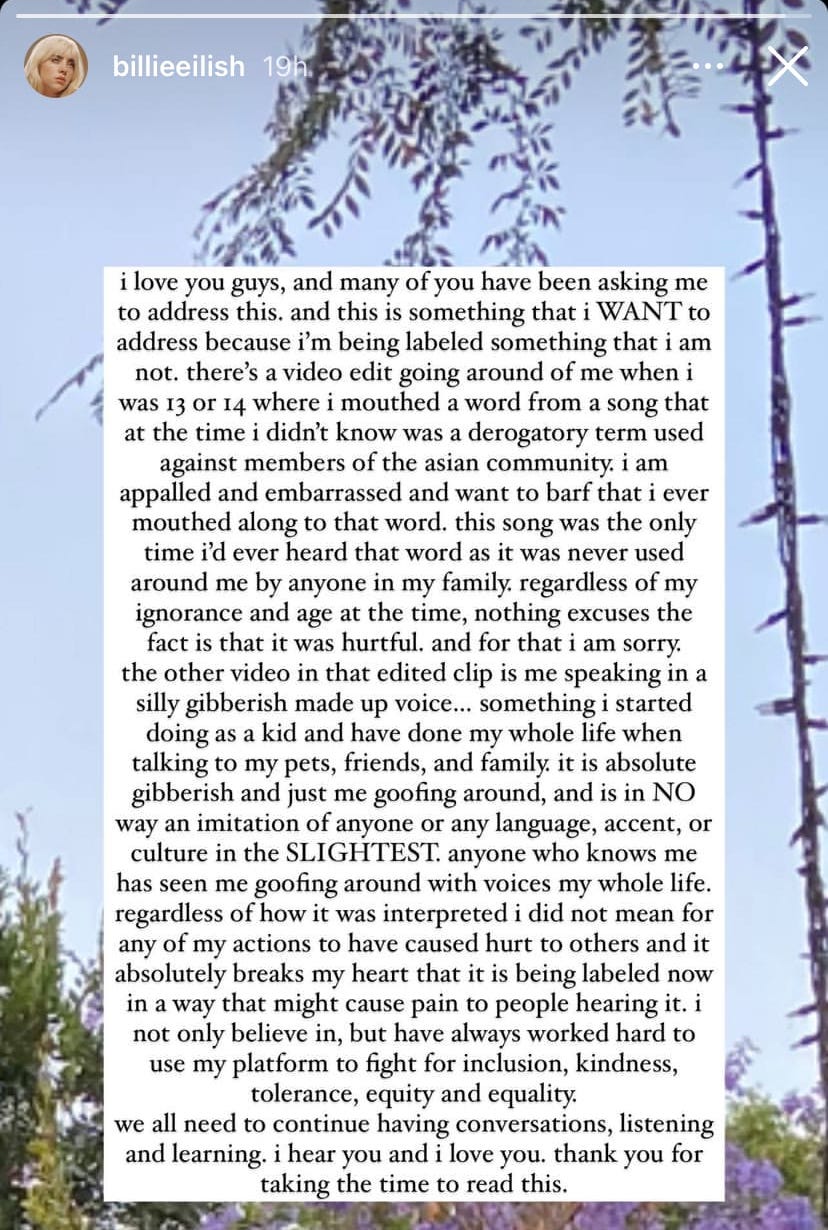 Given that Eilish is 19 years old, she can definitely be held accountable for her actions. However, attacking someone for something they said or did when they were 13 or 14 years old is a low blow no matter who they are – though it is admittedly an ironic turn of events considering that Eilish is now the target of the same woke demographic that the Grammy-winning singer constantly panders to.

What do you make of Eilish being called out for something she said and did when she was 13? Let us know your thoughts on social media or in the comments section down below!