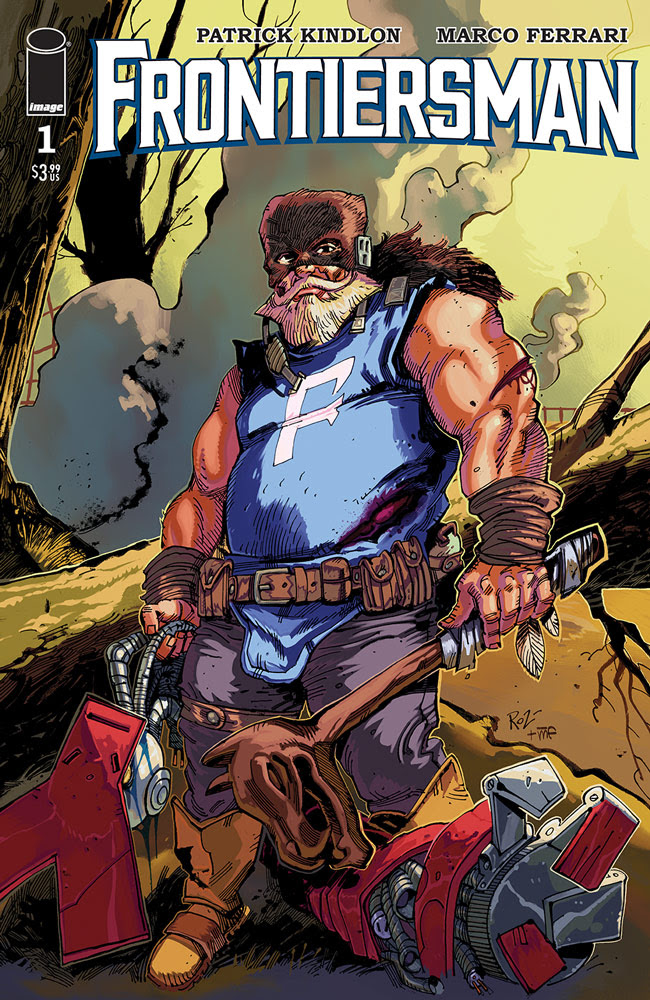 In a statement Kindlon specifically took issues with superhero stories noting his reason for creating Frontiersman was because he wasn’t getting anything good.

He stated, “I love superhero comics but haven’t been getting what I want from them for a while. Seems like that’s where a lot of us are right now.”

He added, “So Marco [Ferrari] and I answered the call. We think comics can be fun while maintaining their gravitas and serious without being self-serious.”

“We put that on the page, and hope you like it,” he concluded. 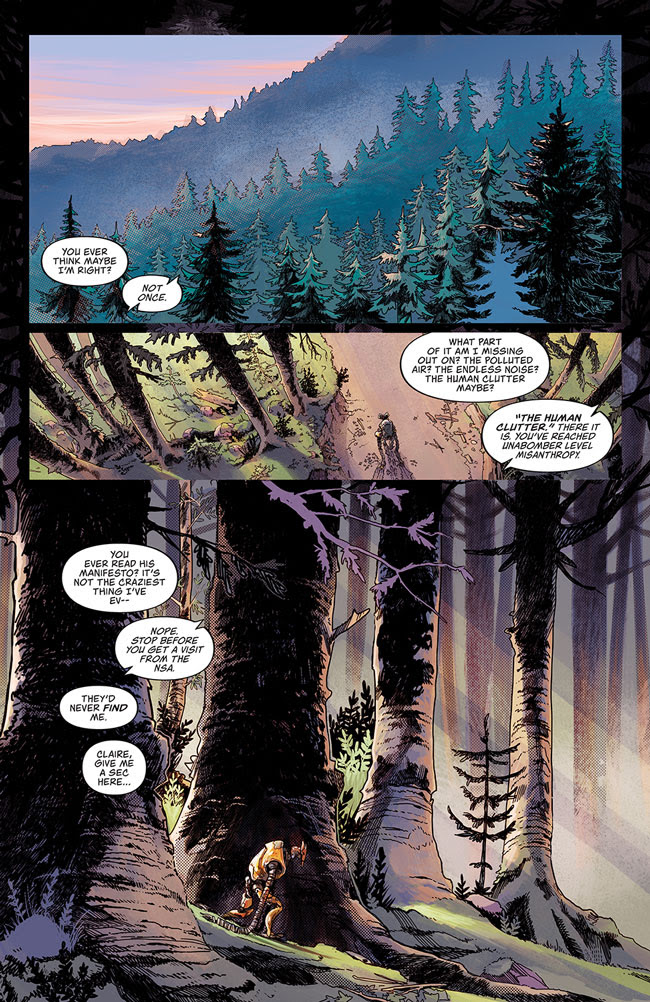 As for what the series is about, Image Comics didn’t provide many details.

In a press release they stated, “Here readers meet the Frontiersman as he’s coaxed out of retirement by an environmentalist group only to find that being a spokesperson makes him a target for old and new enemies alike!”

They go on to describe it as a Green Arrow-style adventure that is blended “with the thoughtfulness of Concrete in a super-powered odyssey for mature—but uncynical—readers.” 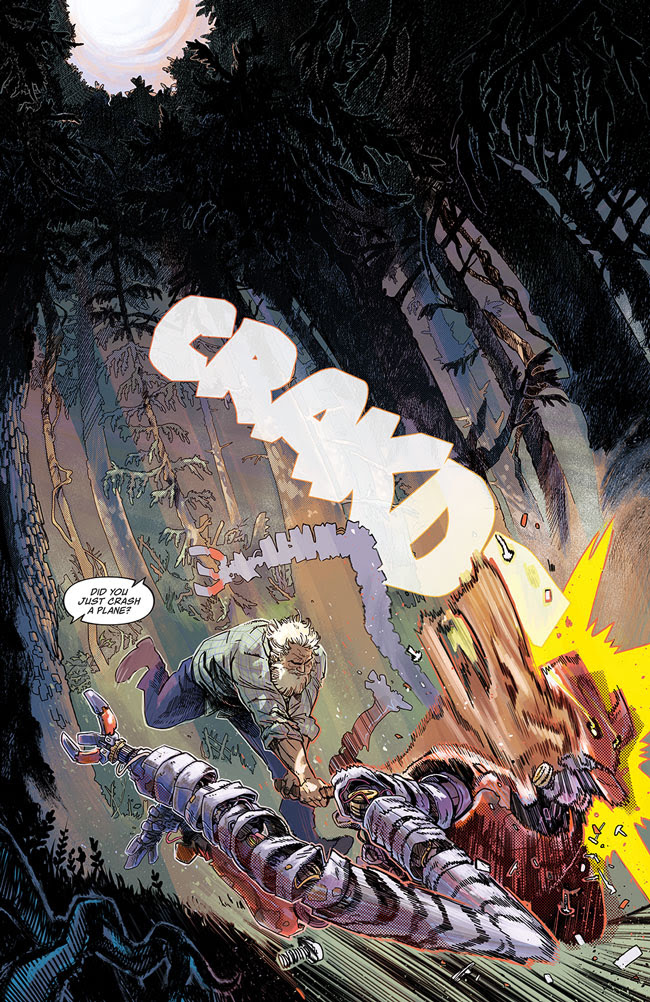 Artist Marco Ferrari stated, “I wanted to bring back some childhood magic and lightness in the character design in contrast with  the maturity of our story and topics. Patrick and I created a superhero universe without asking too many whys. I hope it will give you a good time.” 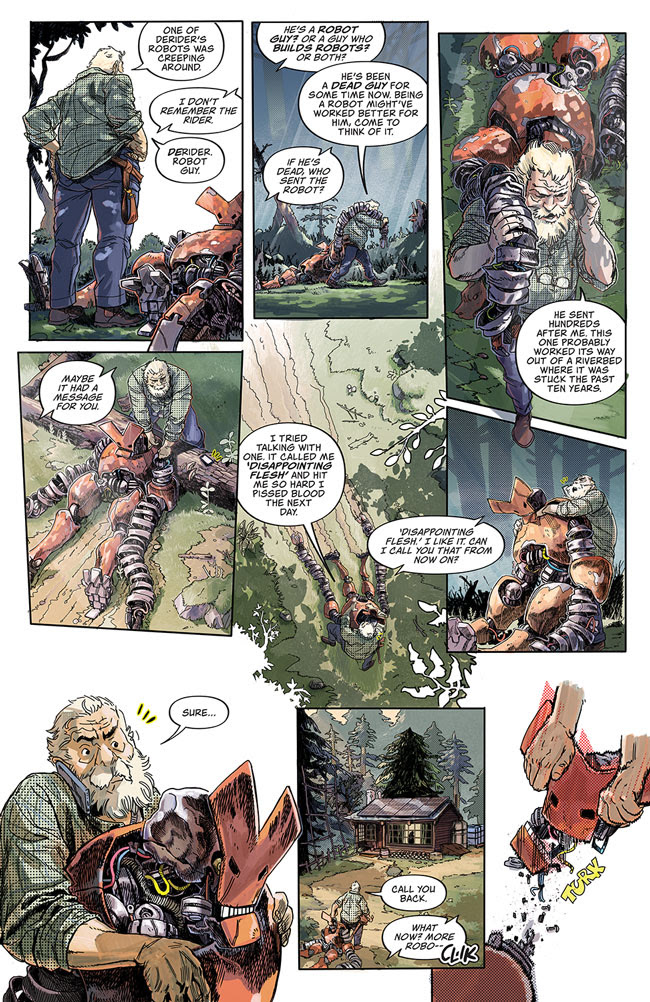 The series will feature two covers. The first by Maurizio Rosenzweig and the second by Matteo Scalera. 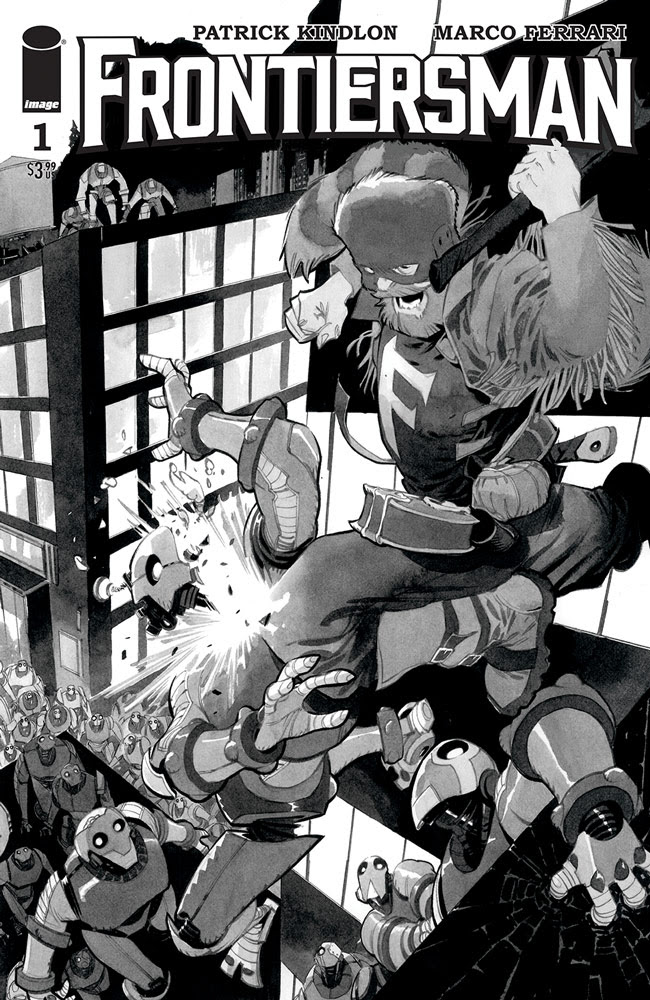 The first issue of the series will hit comic shops on Wednesday, September 22.