A week after having been released from prison, comedian Bill Cosby is once again making headlines after making the claim, which has gotten more than a few people riled up, that the mainstream media is to blame for the January 6th protests at Capitol Hill. 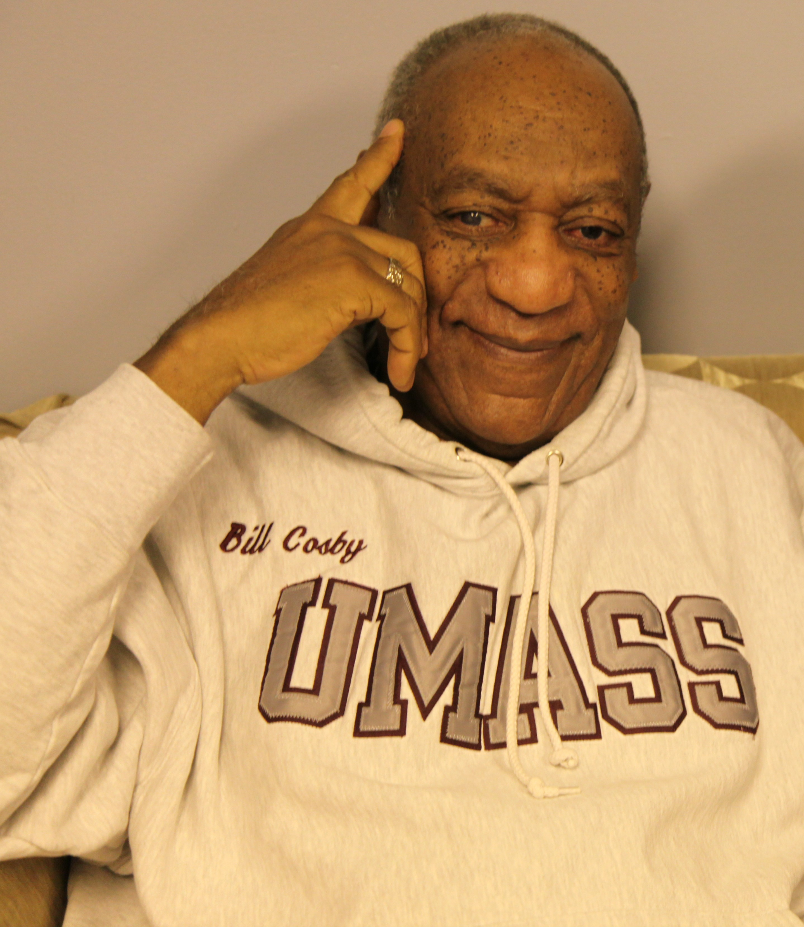 To be more precise, Cosby has found himself the centre of attention once again for accusing the mainstream media of being “insurrectionists” who are “trying to demolish the Constitution.”

Convicted of of sexual assault in 2018 and sentenced to three- to ten-years at a state prison near his hometown of Philadelphia, PA, Cosby was released just last Wednesday — a mere two years after he was convicted — after the Pennsylvania Supreme Court overturned the comedian’s conviction due to a procedural error made by the case’s prosecutors. 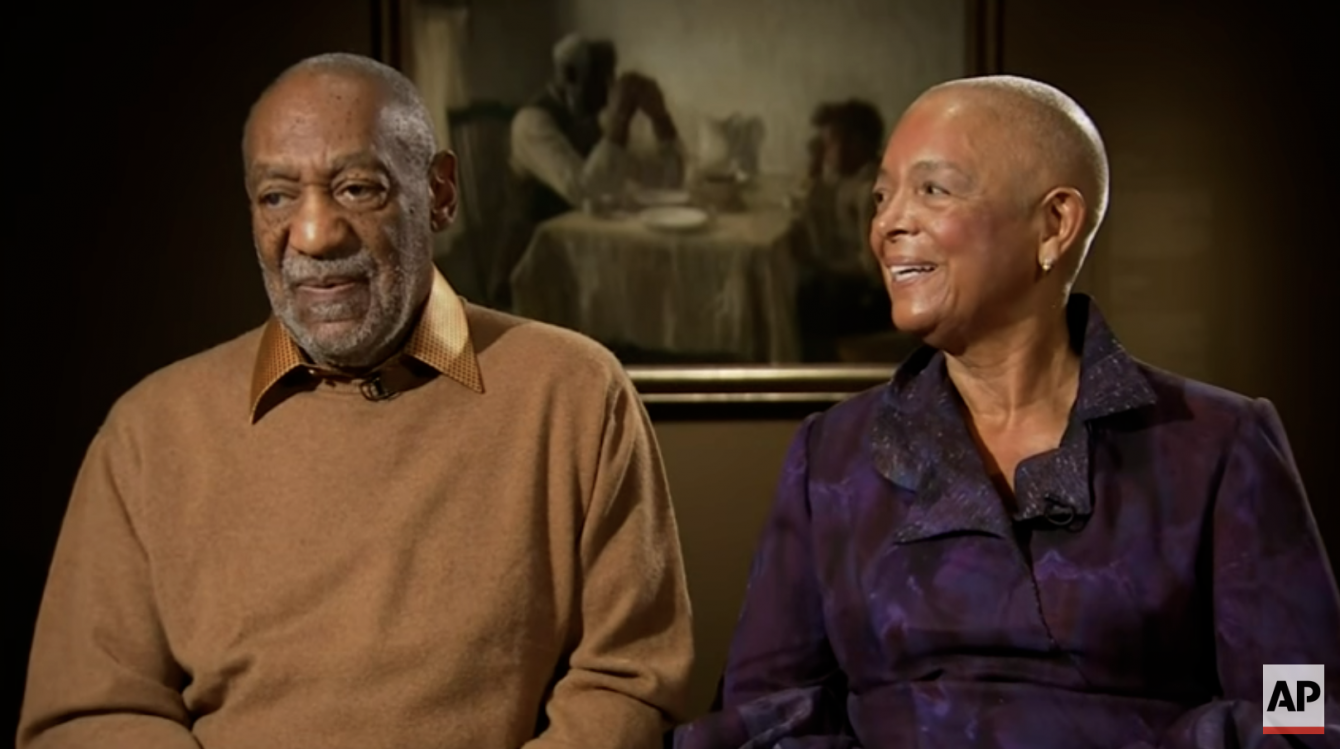 These claims were made by Cosby in response to the news that Howard University recently condemned his The Cosby Show co-star Phylicia Rashad, who currently serves as the institution’s Dean of Fine Arts, for her recent tweet praising how the comedian’s release from prison was an example of “terrible wrong is being righted” and celebrated how “a miscarriage of justice is corrected”.

Rashad, the comedian’s on-screen wife on The Cosby Show, shared a tweet in which she celebrated Bill Cosby’s release from prison, writing, “FINALLY!!!! A terrible wrong is being righted- a miscarriage of justice is corrected!” 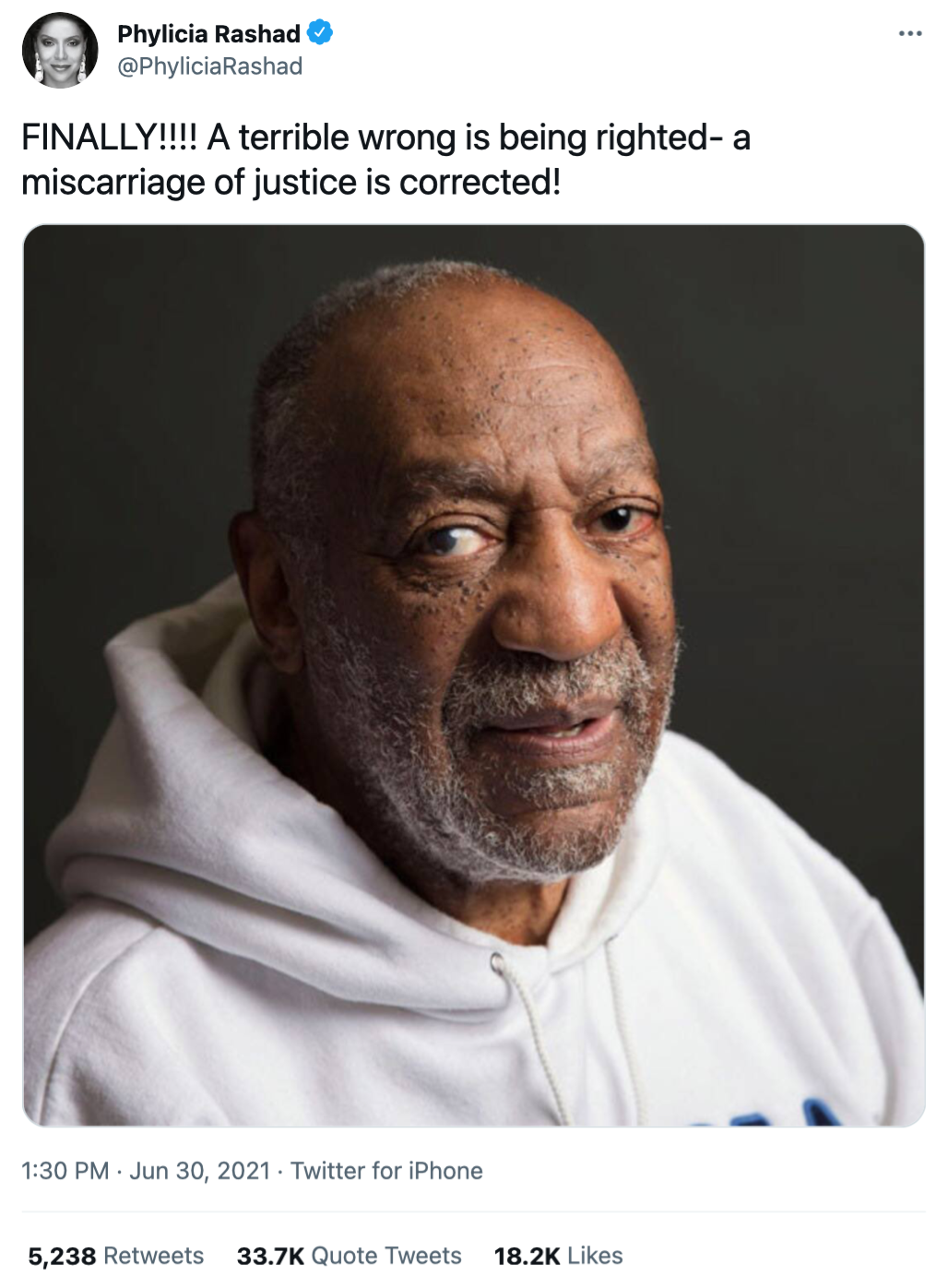 “Personal positions of University leadership do not reflect Howard University’s policies. We will continue to advocate for survivors fully and support their right to be heard,” the statement further explained. “Howard will stand with survivors and challenge systems that would deny them justice. We have full confidence that our faculty and school leadership will live up to this sacred commitment.”

Though Rashad’s original tweet expressing support for Cosby has since been deleted, most likely due to the amount of backlash she faced over her post from both social media users and Howard University, a follow-up tweet in which she apologized for her initial statement still remains live on the actress’ account. 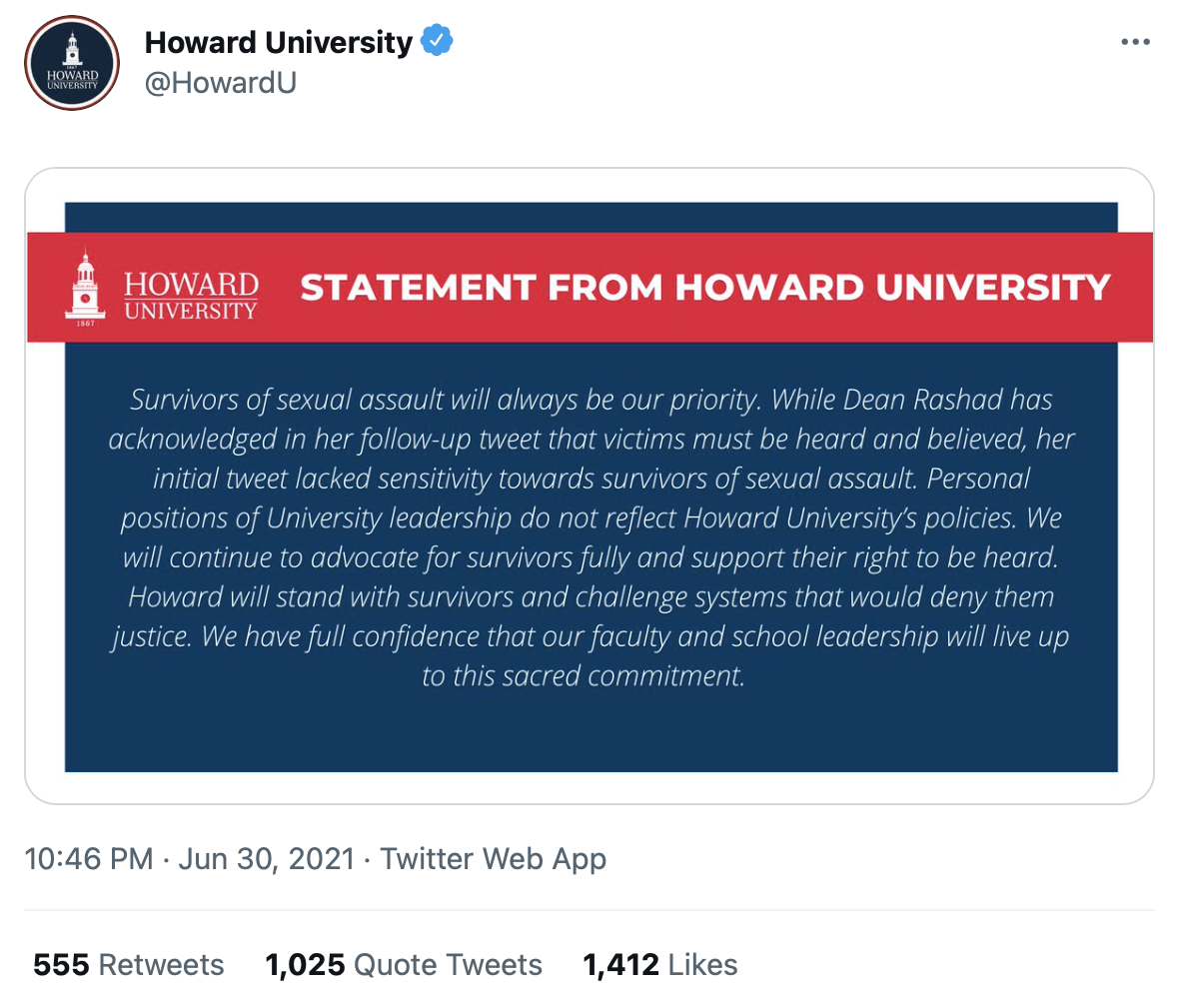 Now, a week after being released from prison, Cosby has moved to stand up for Rashad by releasing a public statement directed towards Howard University urging the school to support others’ freedom of speech.

“Howard University you must support ones Freedom of Speech (Ms. Rashad), which is taught or suppose to be taught everyday at that renowned law school, which resides on your campus,” read Cosby’s statement, as reported by Deadline. 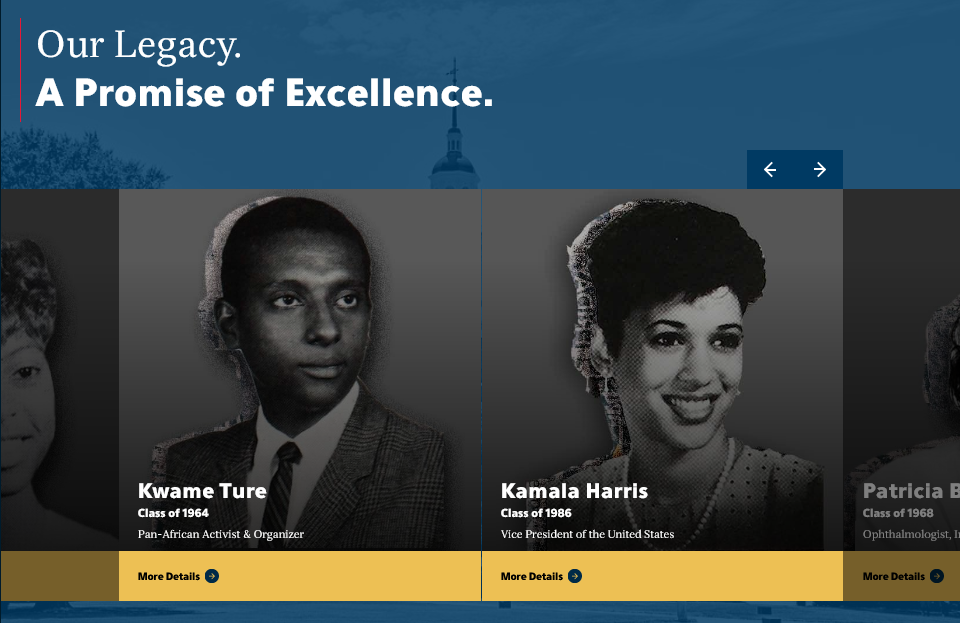 Cosby then expressed his belief that mainstream media is to blame for the storming of Capitol Hill on January 6th, calling them the true “Insurrectionists” and asserting that they are “trying to demolish the Constitution.”

“This mainstream media are the Insurrectionists, who stormed the Capitol. Those same Media Insurrectionists are trying to demolish the Constitution of these United State of America on this Independence Day.”

Cosby’s spokesman Andrew Wyatt joined the actor’s sentiment, similarly stating, “No technicality — it’s a violation of ones rights & we the people stand in support of Ms. Phylicia Rashad.” 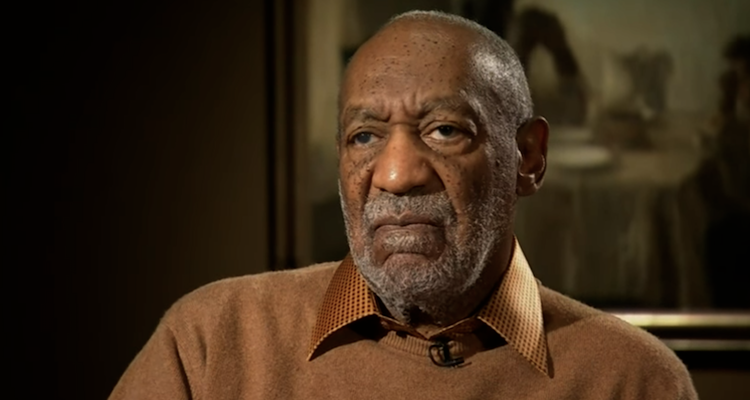 However, while Cosby did not provide any evidence of his insurrectionist claims, it appears that the comedian is taking a page out of the mainstream media’s playbook regarding the events of January 6th.

For instance, The Washington Post wrote an opinionated article about the event claiming that the storming of Capitol Hill on January 6th was orchestrated by far-right Donald Trump supporters, writing, “there was nothing ordinary about this day, and any triumph of democracy would have to rise from the ashes of American democracy’s darkest moment in decades, perhaps since the removal of a criminal president in 1974 or the outbreak of the Civil War in 1861.”

The Washington Post also asserted that “it was carefully, methodically planned, spelled out on far-right social media, where die-hard Trump supporters openly traded advice on how to steer clear of D.C. police officers, how to pry open the doors of the Capitol and how to get illegal guns into the city.” 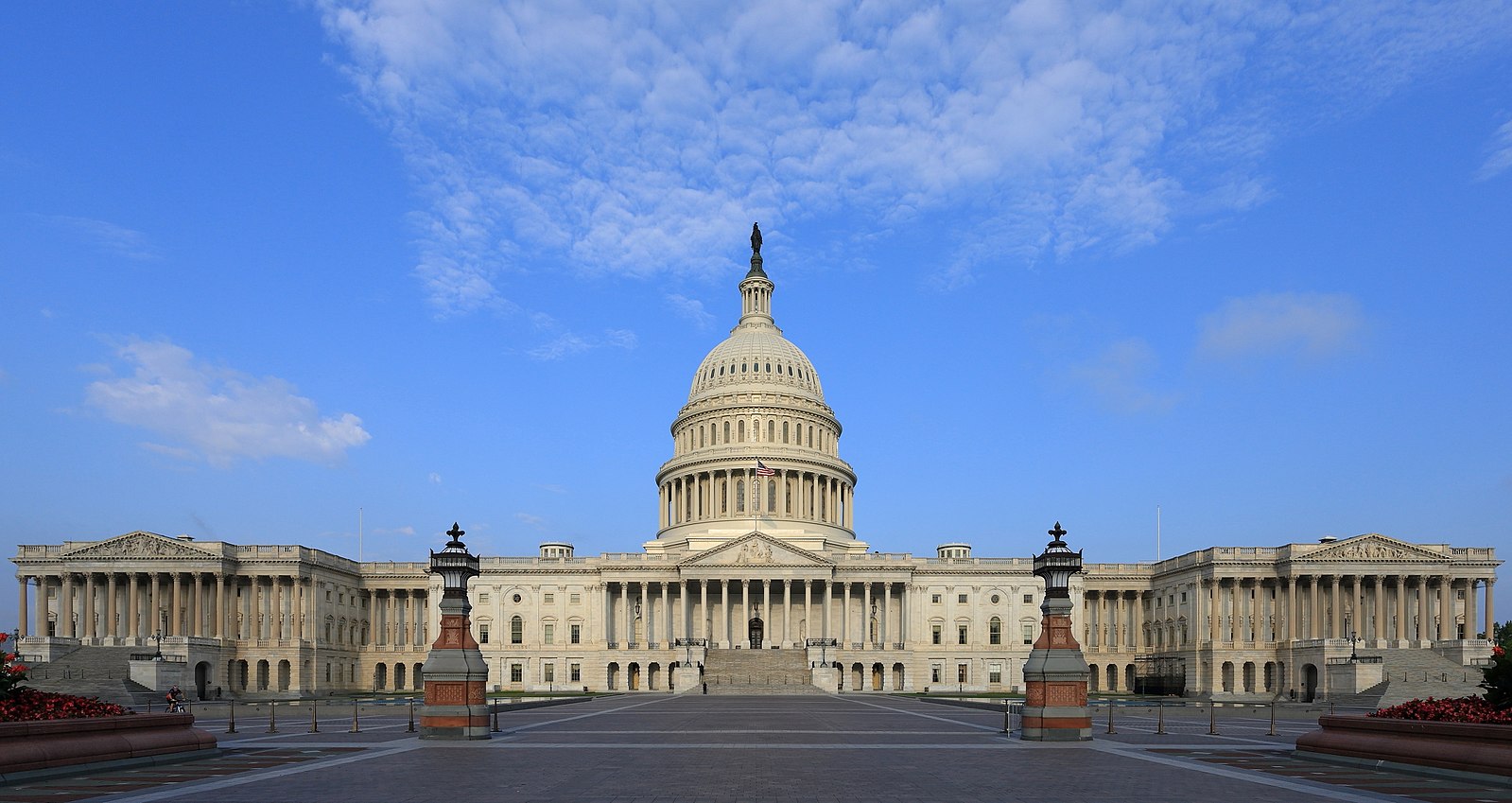 In reality, President Donald Trump urged protesters to stay peaceful and to support Capitol Police and Law Enforcement, as seen in tweets that are no longer live due to the popular social media platform’s deplatforming of the former President.

“I am asking for everyone at the U.S. Capitol to remain peaceful. No violence!” wrote Trump on January 6th. “Remember, WE are the Party of Law & Order – respect the Law and our great men and women in Blue. Thank you!”

Of course, The Washington Post is just one of the many mainstream media outlets that quickly jumped to conclusions and spread a narrative that best suited their own political interests, though conversely, it’s clear that Cosby is one of the few celebrities that is not afraid to call them out.

Deadline, the outlet that originally broke this news, is already discrediting Cosby’s statement based on his arrest record.

“Whatever Cosby might think of the Donald Trump-stroked violent siege of Congress, as then VP Mike Pence and a joint House of Representatives and Senators gathered to formally confirm Joe Biden’s electoral college victory, the postulation by the actor likely will only further his isolation and toxicity,” wrote the outlet. 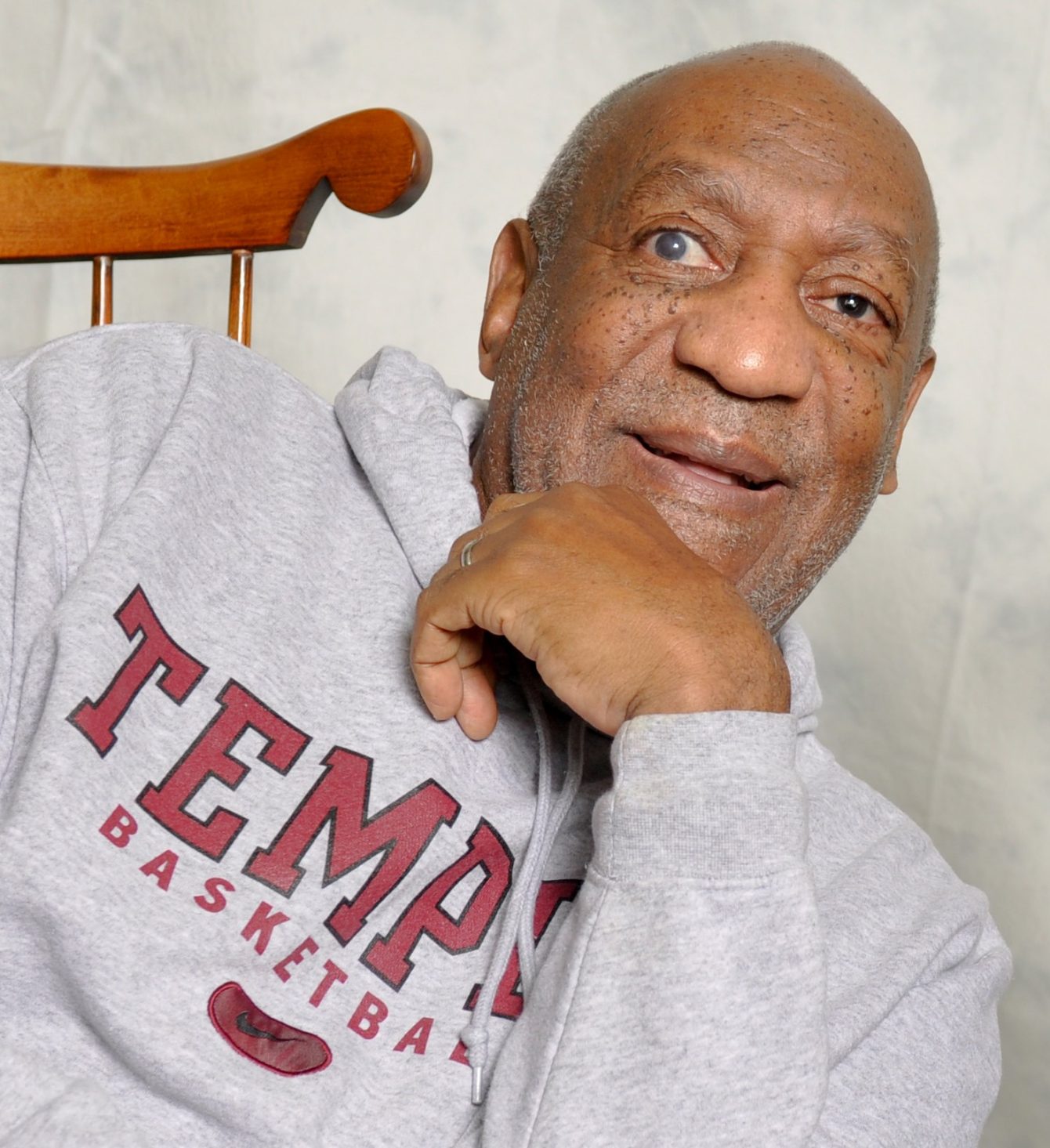 Source: The World Affairs Council of Philadelphia, CC BY 2.0 <https://creativecommons.org/licenses/by/2.0>, via

What do you make of Bill Cosby’s assertion that mainstream media is to blame for the storming of the Capitol on January 6th? Be sure to let us know all about it  on social media.