Marvel writer Leah Williams has found herself the target of death threats after a retcon featured in the tenth, most recent, and final issue of X-Factor, a Hellfire Gala tie-in issue featuring a very LGBTQ+ roster of mutants, sparked outrage among certain groups of online fans. 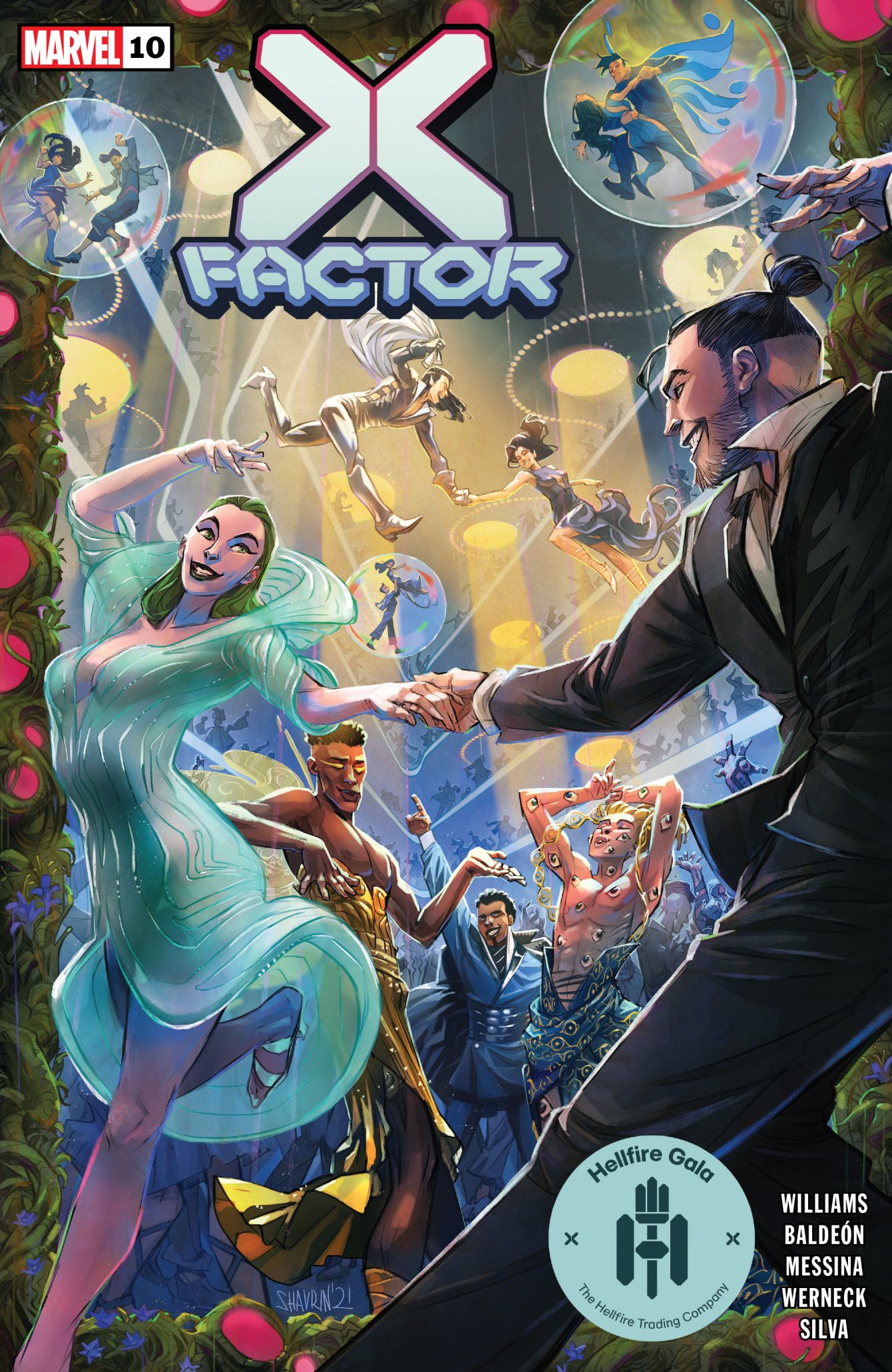 Related: The Ridiculous Outfits of the X-Men in the Hellfire Gala!

The anger against Williams stems from a subplot found within the book in which Prodigy, recently resurrected thanks to Krakoa’s mutant-facilitated Resurrection Protocols, retraces his steps across Los Angeles in order to uncover the truth about his own murder, which occurred almost one year to the date before he began his investigation.

In pursuit of the truth, Prodigy soon finds himself in the Bel Air mansion of a film producer who had a penchant for going to clubs and stalking young, queer black men, a habit which the young mutant eventually fell victim to himself. 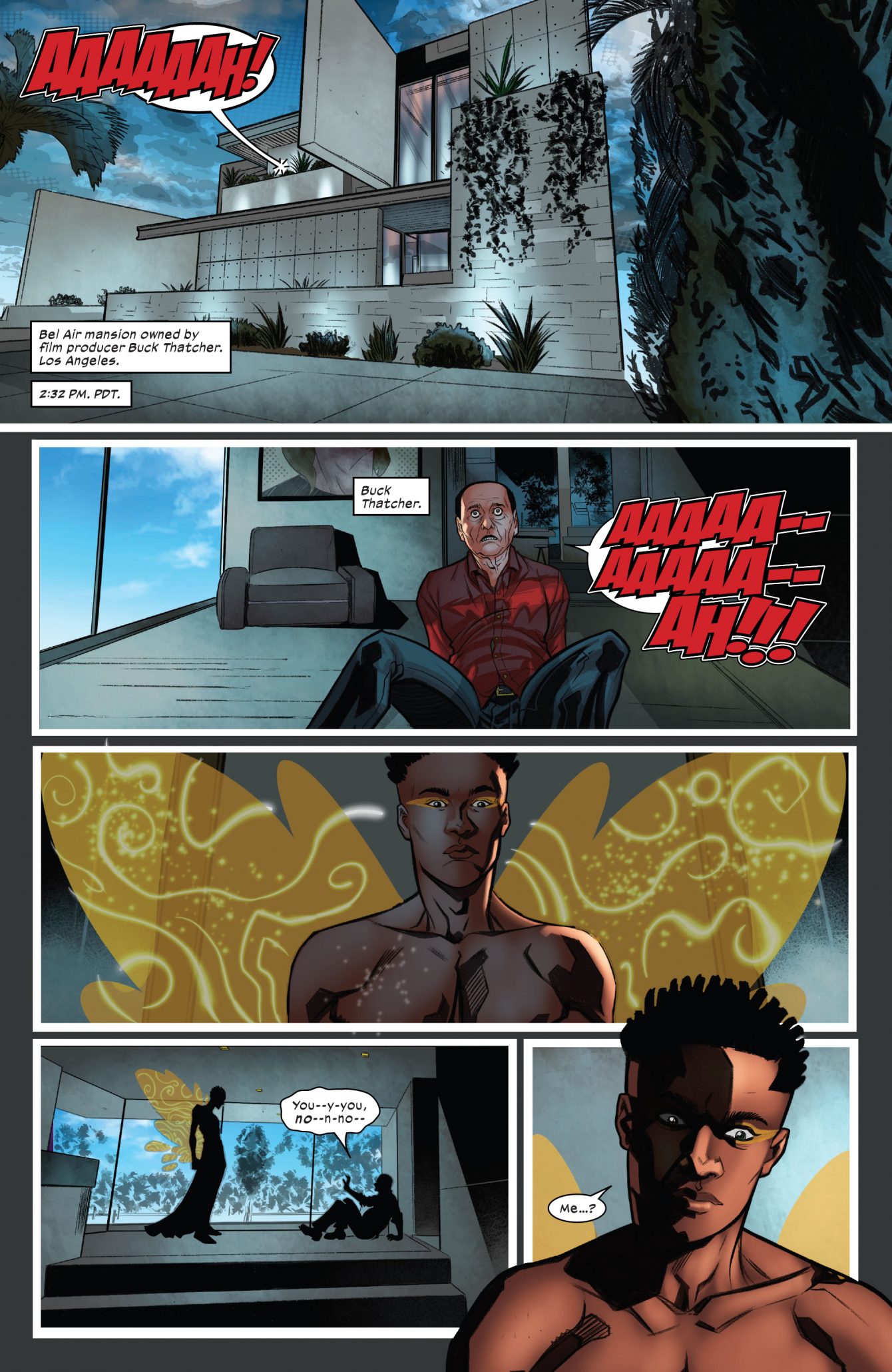 Confronting and assaulting the billionaire creative-slash-sexual predator, Prodigy is eventually joined by his friend and fellow mutant Eye-Boy, who proceeds to blast the film producer (with some unknown power he recently unlocked using hand symbols reminiscent of Naruto) and use his powers to discover Prodigy’s corpse in the basement of the house. 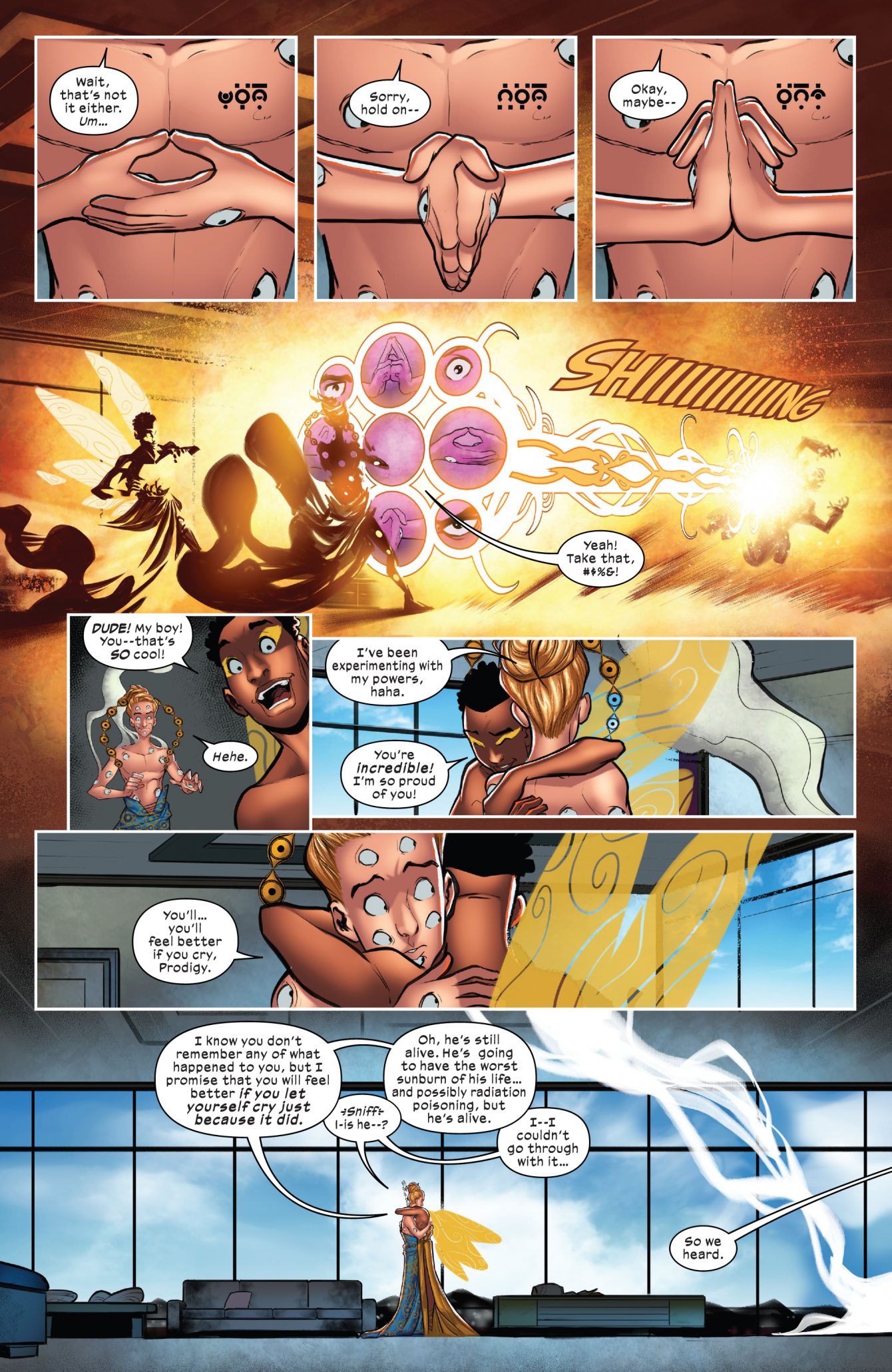 Shortly after X-Factor #10 hit shelves, a number of X-readers took issue with the fact that the story was being published on the last day of Pride Month, with many LGBTQ+ feeling insulted to have received what they perceived as an insensitive and offensive LGBTQ+ story following an exhausting month of various companies attempting to virtue signaling their support for the community and their cause.

More specifically, fans having a fit over Williams’ treatment of Prodigy, in particular her writing of his character, due to his recently confirmed membership in the LGBTQ+ community. 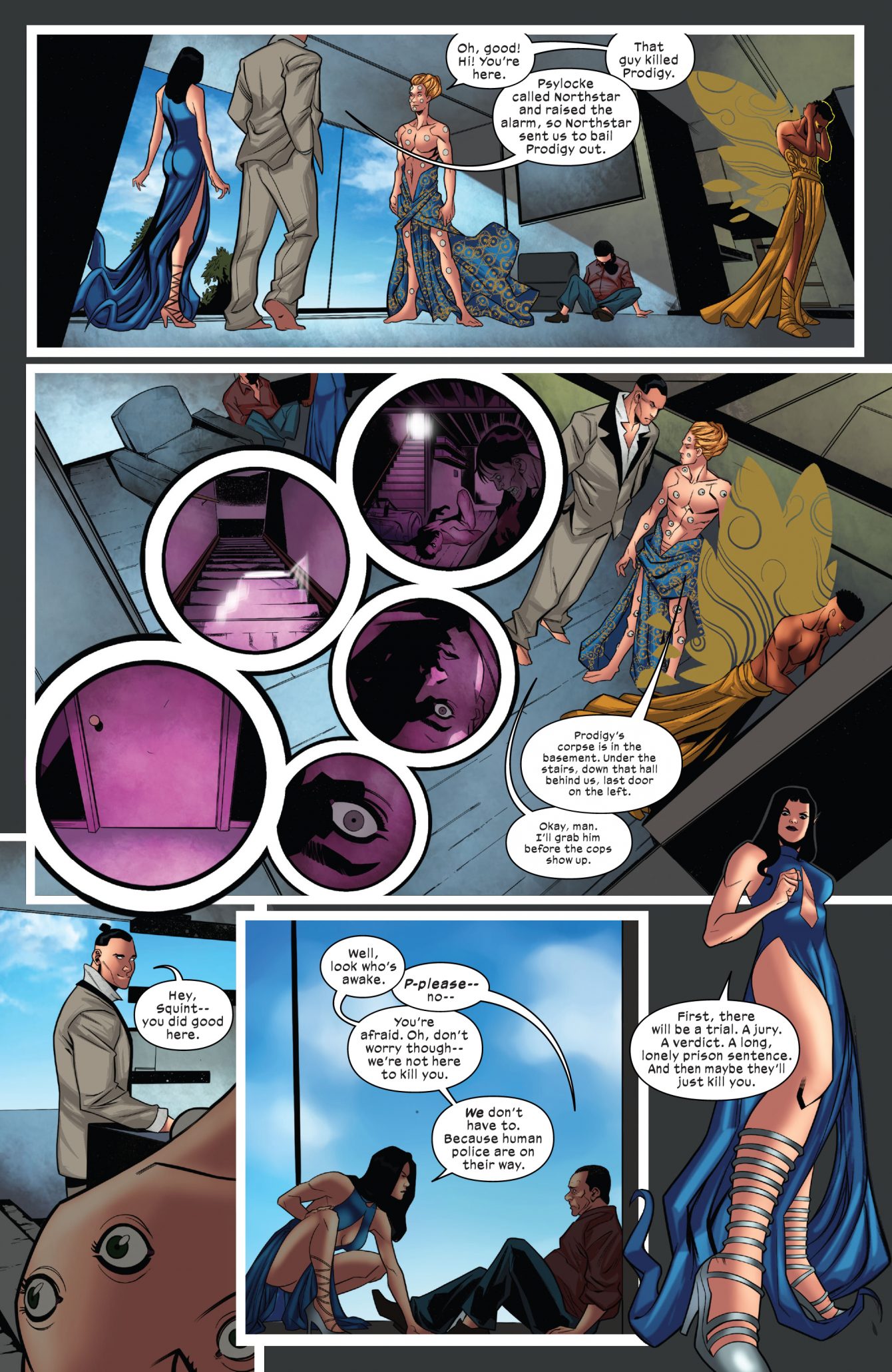 In the early days in New X-Men, David had a somewhat relationship with a female member of the team, Surge/Noriko Ashida. Years later, during the Empyre crossover event, he came out as bisexual. He confessed his feelings for Hulkling in the issue almost to no one’s surprise. Apparently, Prodigy is now dating Tommy, a.k.a. Speed, the son of Scarlet Witch.

Feeling particularly slighted by Williams, who according to her pinned tweet identifies as part of that collective, these outraged fans proceeded to express their disgust with Prodigy’s story in a variety of ways on social media 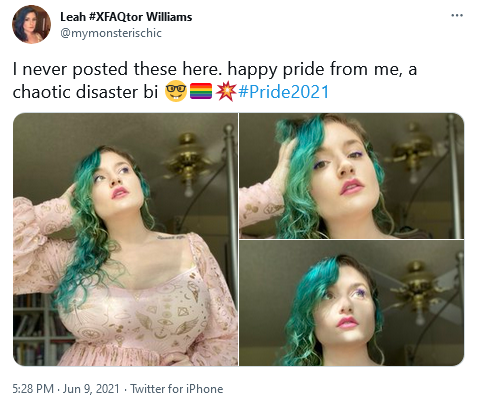 The backlash against Williams wasn’t limited to just a couple of tweets from some random accounts, as a litany of tweets expressed various degrees of contempt with Williams’ writing, swore off any further titles she may write (such as the core issues of the upcoming Trial of Magneto story line), and even making veiled death threats towards her over social media.

x spoilers // it's an attempt at touching on racialized sexual violence that fails in gross ways imo bc there's an unnecessary depiction of david's body, the topic is brushed aside far too quickly, and?? aurora uses it to endorse the death penalty and the prison system?? wtf lmao

The narrative is set for what would be the final issue of X-Factor. As this twitter user notes, the issue with David/Prodigy is more than just murder, but sexual assault and rape. Just to note, the screenshot collection of tweets is only a fragment of what’s being directed against the writer. 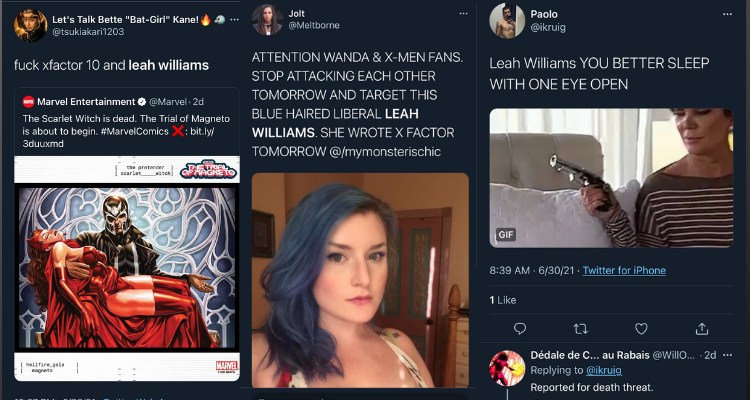 A Cancel Culture Cancelling Itself

The twitter user @kindlestruck also voiced concerns that using the issue to promote the death penalty and the prison system was also a unacceptable. Many of the social media users called her out for her writing. That it was inappropriate for her to be writing about sexual assault of a black male. And that it was also incongruous for her to push ideas of the justice system and imprisonment.

With that, we see Marvel pushing away its more woke audience. The same who tried so hard to gather such through diversity and inclusion messaging pushed in their recent titles. 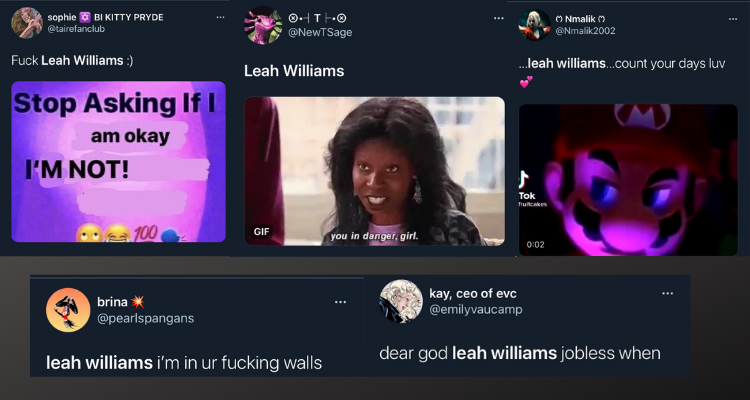 Of course, that is not to say that the writing for X-Factor #10 is not without its valid criticisms.

There are certainly problems with how flippant the characters are when dealing with the death of the young mutant, as well as the fact that Prodigy’s body apparently just sat in a basement for more than a year. It’s also strange how the Hellfire Gala tie-in issues thus far have only dealt with events happening during the actual Gala, while the events in this issue happen almost in complete isolation from the rest of the festivities.

The death threats, however, are a bridge too far for many critics of current day Marvel comics. 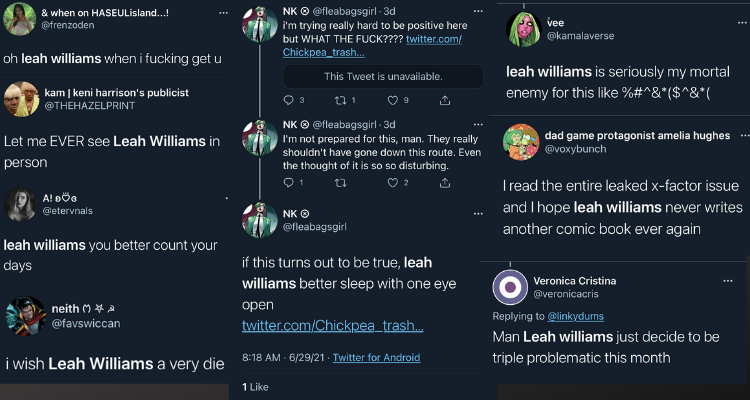 Now with Leah Williams writing the Trial of Magneto, these same users are wary of how she will handle the offshoot title, especially in light of how The Gala issue ended with the death of Wanda Maximoff, a.k.a. Scarlet Witch – the very same daughter of the Master of Magnetism whom many on the island of Krakoa have named both a pretender and one of the great calamities to have ever happened upon the mutants. 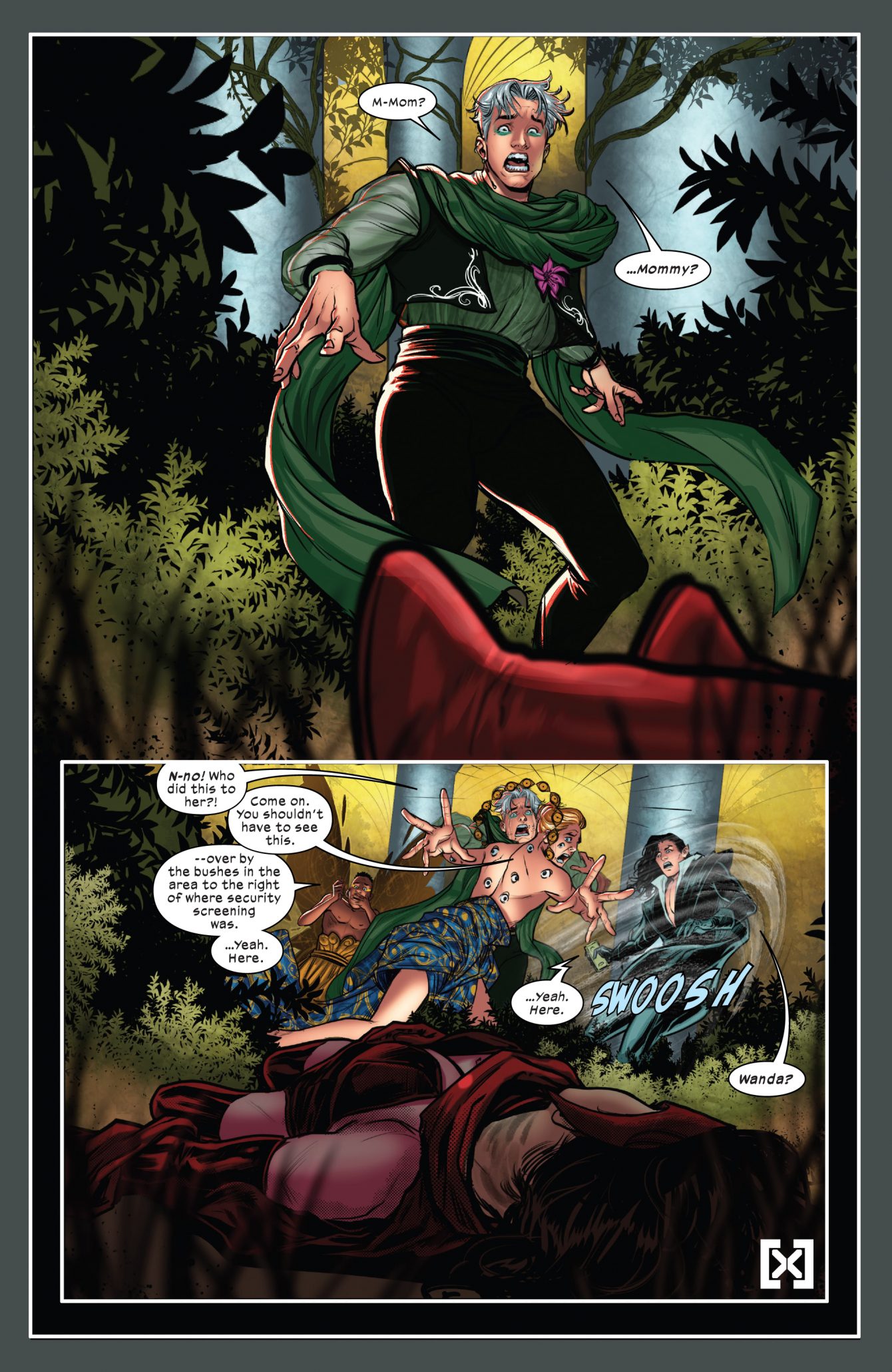 In the eyes of Krakoa’s population, her crimes against homo superior are considered well-beyond those committed by William Stryker with the Purifiers, coming second in public opinion only to what Bolivar Trask did in Genosha.

These same users have also claimed that killing Scarlet Witch on the final pages of X-Factor #10 was largely insensitive in light of recent news of Romani man killed in the Czech Republic last week. 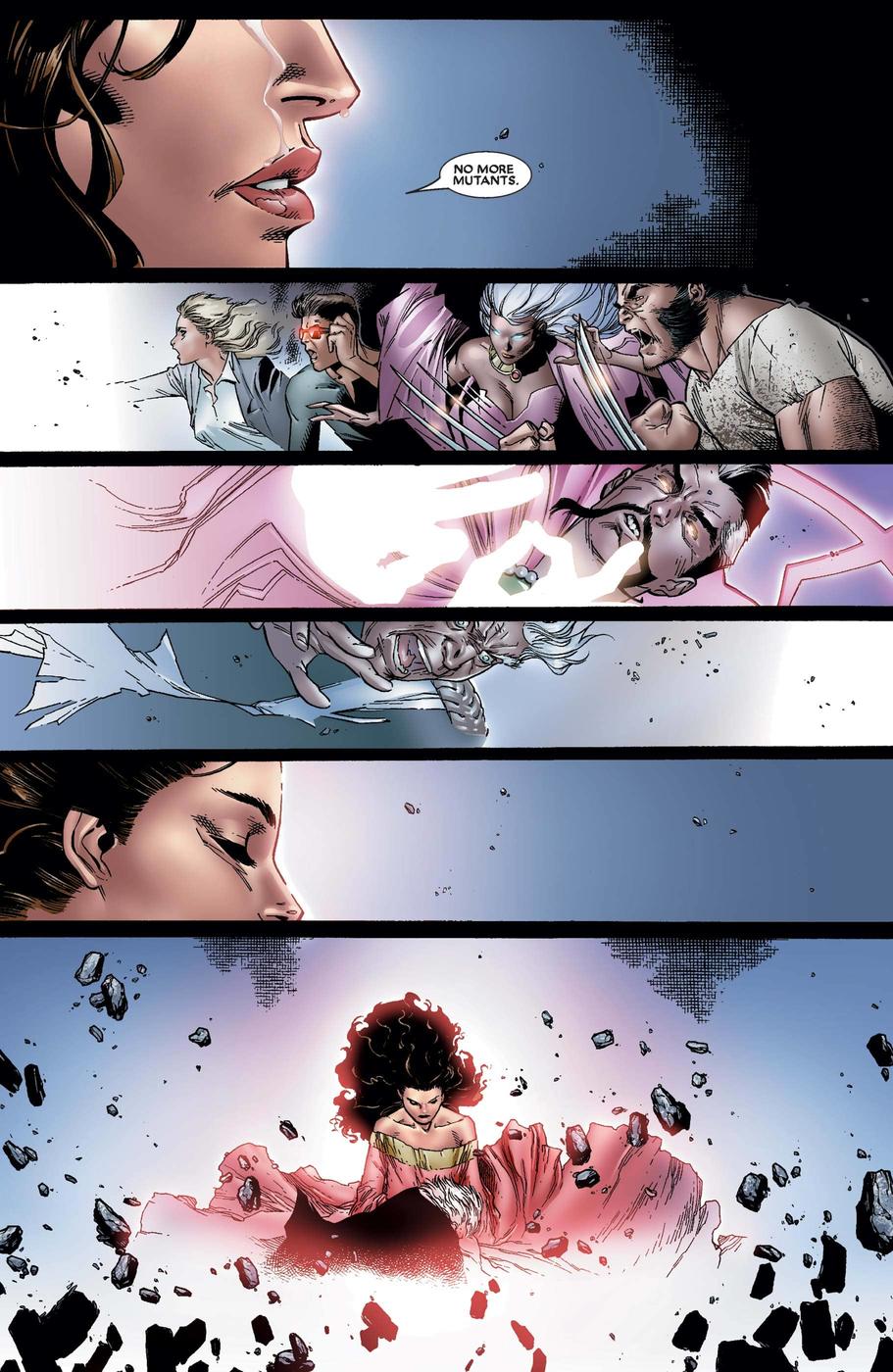 All of this taken into account, the backlash against Williams appears to be yet another case of those who follow a lean towards a certain set of socio-political ideologies devouring themselves because their narratives and ideals collide on the finer points of contention. Sadly, instead of calling for better writing and offering constructive criticism of her work, the mob would rather have Williams cancelled, or in some cases, dead.

What do you make of Leah Williams’ writing of X-Factor dnd her handling of LGBTQ+ issues? Sound off in the comments below or let’s talk about it on social media!