The girls judo-themed manga Mou Ippon! by mangaka Yu Muraoka is getting an anime adaptation. 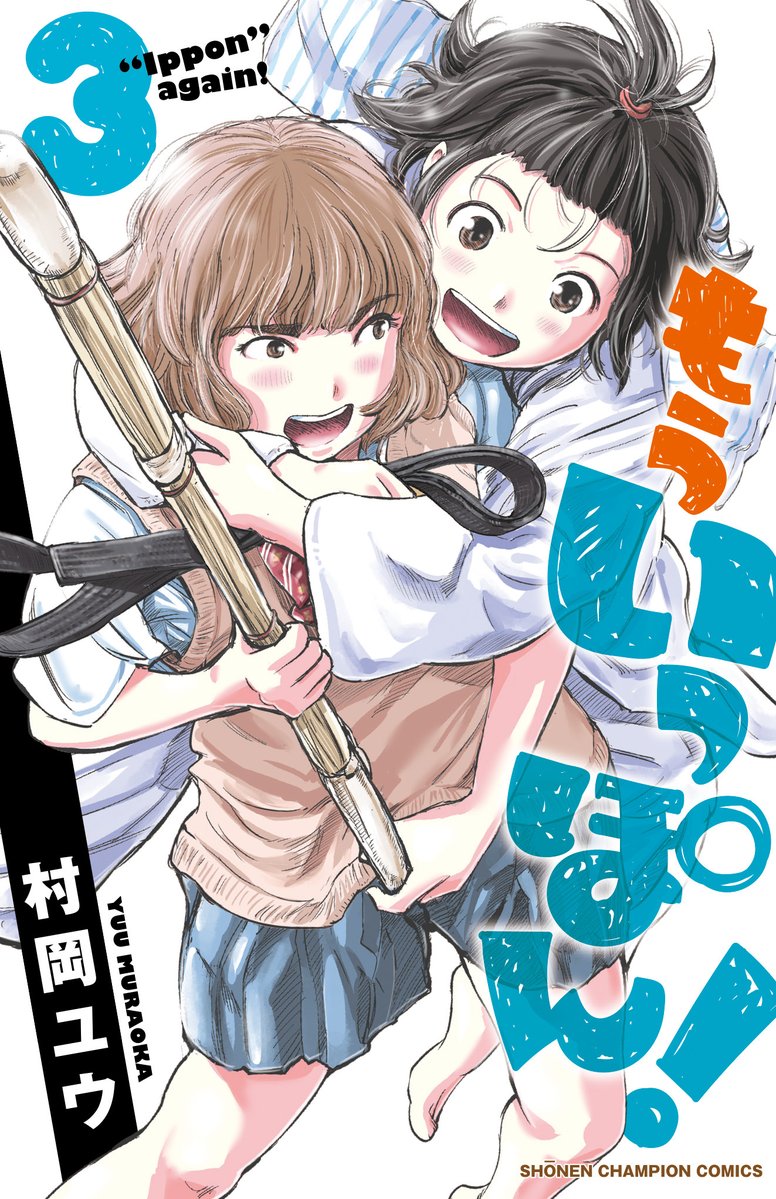 The adaptation was announced by the series editor Uda on Twitter.

As translated by Google, Uda wrote, “Animated decision !!!!!! Thanks to everyone’s enthusiastic support Yu Muraoka’s Judo Girls Diary “Mou Ippon!” has been decided to be animated!” 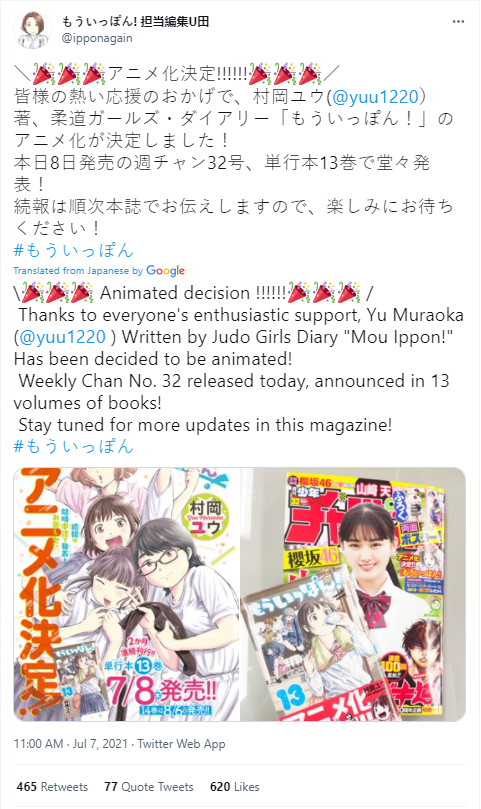 At this time details about the anime production have not been revealed.

The series has been serialized in Akita Shoten’s Weekly Shonen Champion magazine since 2018 and just released its 13th volume earlier this month in Japan. 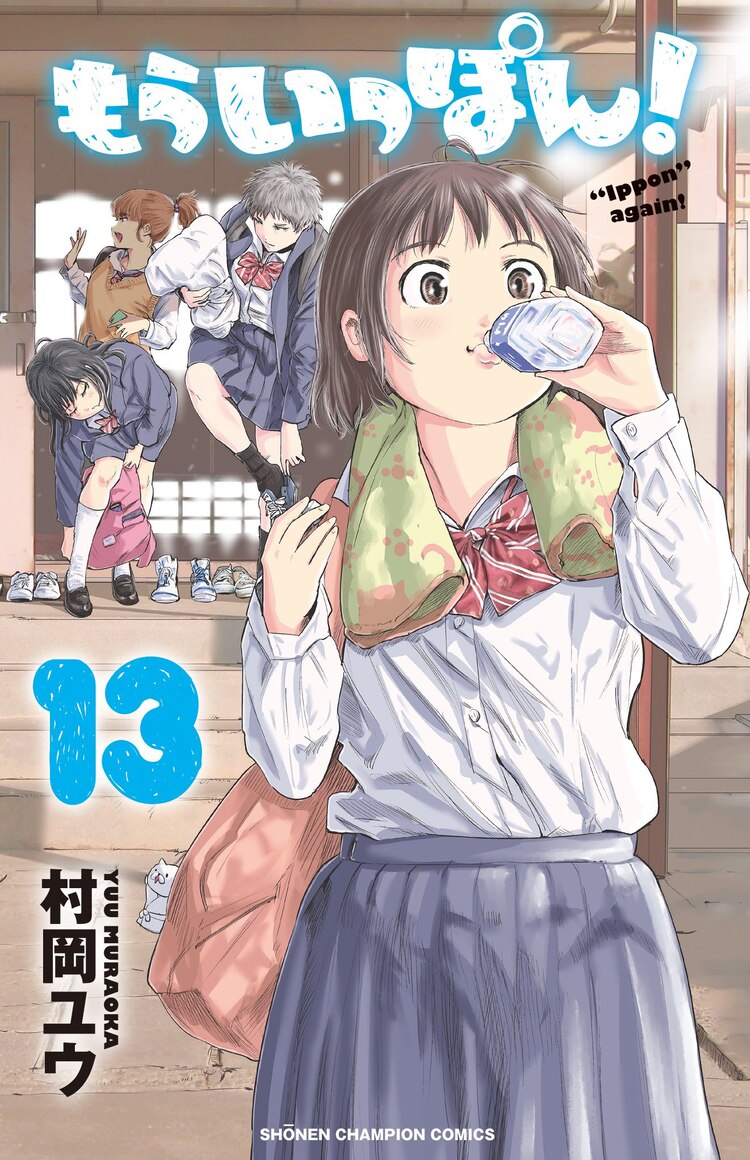 The story follows Michi Sonoda as she transitions from middle school to high school and participates in a high school girls’ judo club in Saitama Prefecture with her best friend and fellow judo practitioner Sanae Takigawa.

Are you looking forward to checking out this anime when it airs?