A brand new Transformers series focused on The Wreckers was just announced by IDW Publishing. 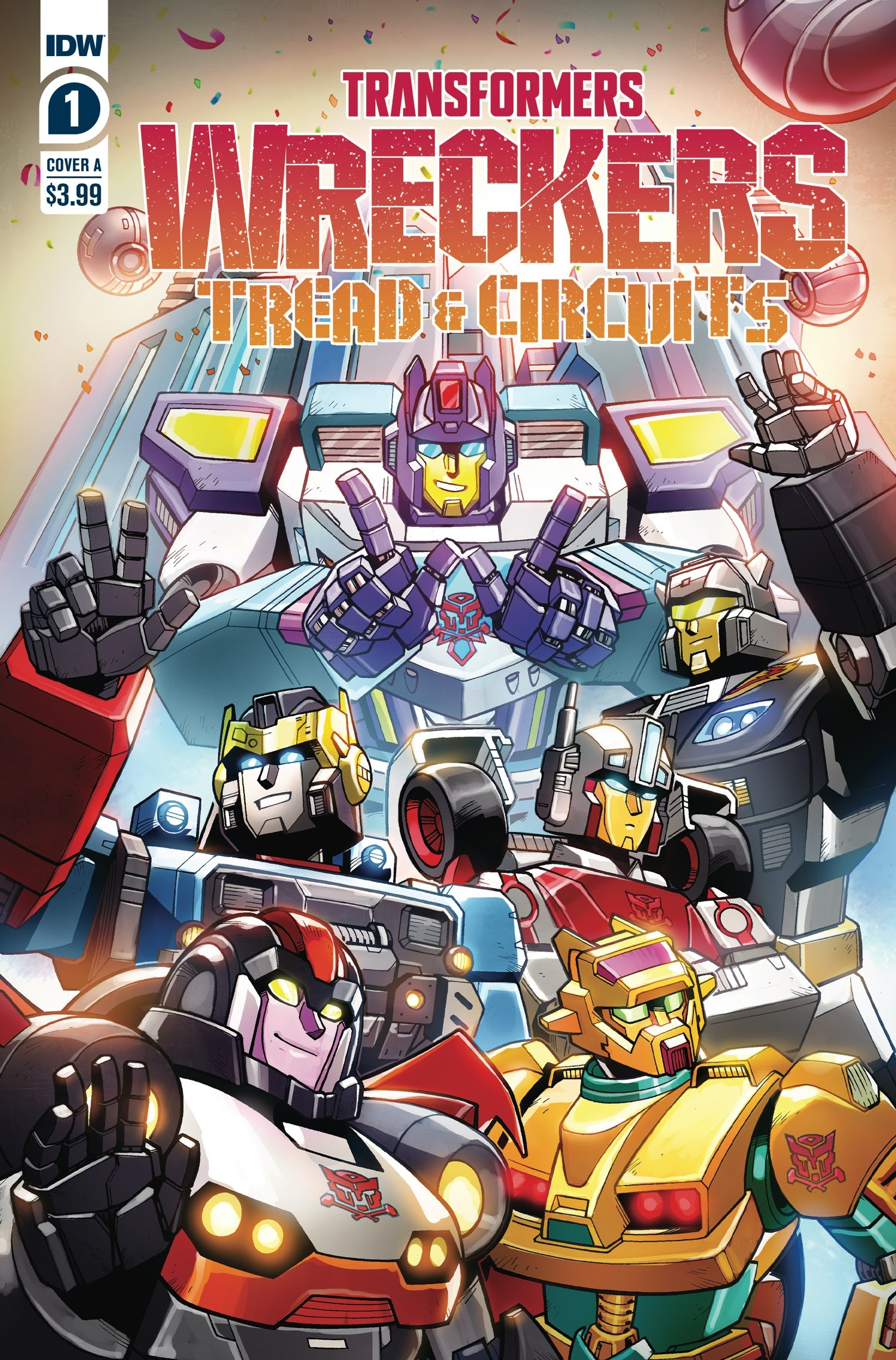 The four-issue miniseries “provides a glimpse of life on distant colony worlds, far from the Cybertron war, where good entertainment is hard to find!”

In a press release, IDW elaborates, “Fortunately, there’s always the Wreckers, a fearless team of daredevils who broadcast death-defying stunts and action… all as a cover for undercover operations!”

The official description concludes, “When the security of the Speedia 500—a literal race for governmental control of a whole world—is threatened, the Wreckers have a new challenge: they must save the most widely-broadcasted event in the galaxy, without getting exposed!” 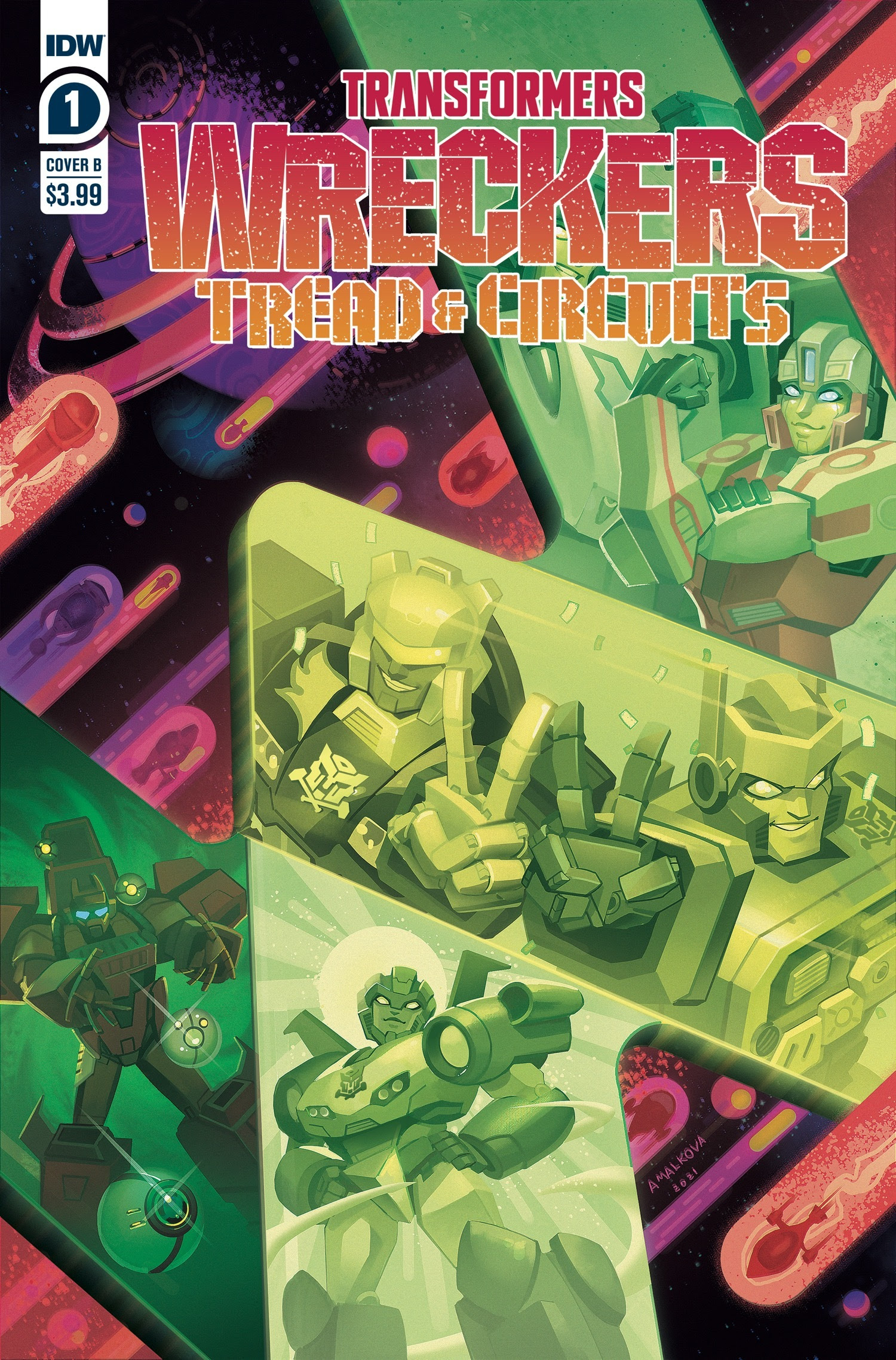 The series’ editor Riley Farmer teased what fans can expect from the series, “We’re really excited to bring the Wreckers into the IDW Transformers universe. We hope that fans will enjoy taking a break from the war on Cybertron to experience a new mini with spying, racing, wrecking, ruling, and many other fun things.”

Mariotte provided some more details about The Wreckers saying, “The Wreckers are an idea that comes from the comics—a team of Autobots willing to do what other Autobots wouldn’t, and look cool as heck while doing it.”

He adds, “Every iteration has been a bit different, and with Jack and Candice on art, this one’s going to be a gorgeous new take on who the Wreckers are and how they do what they do best.” 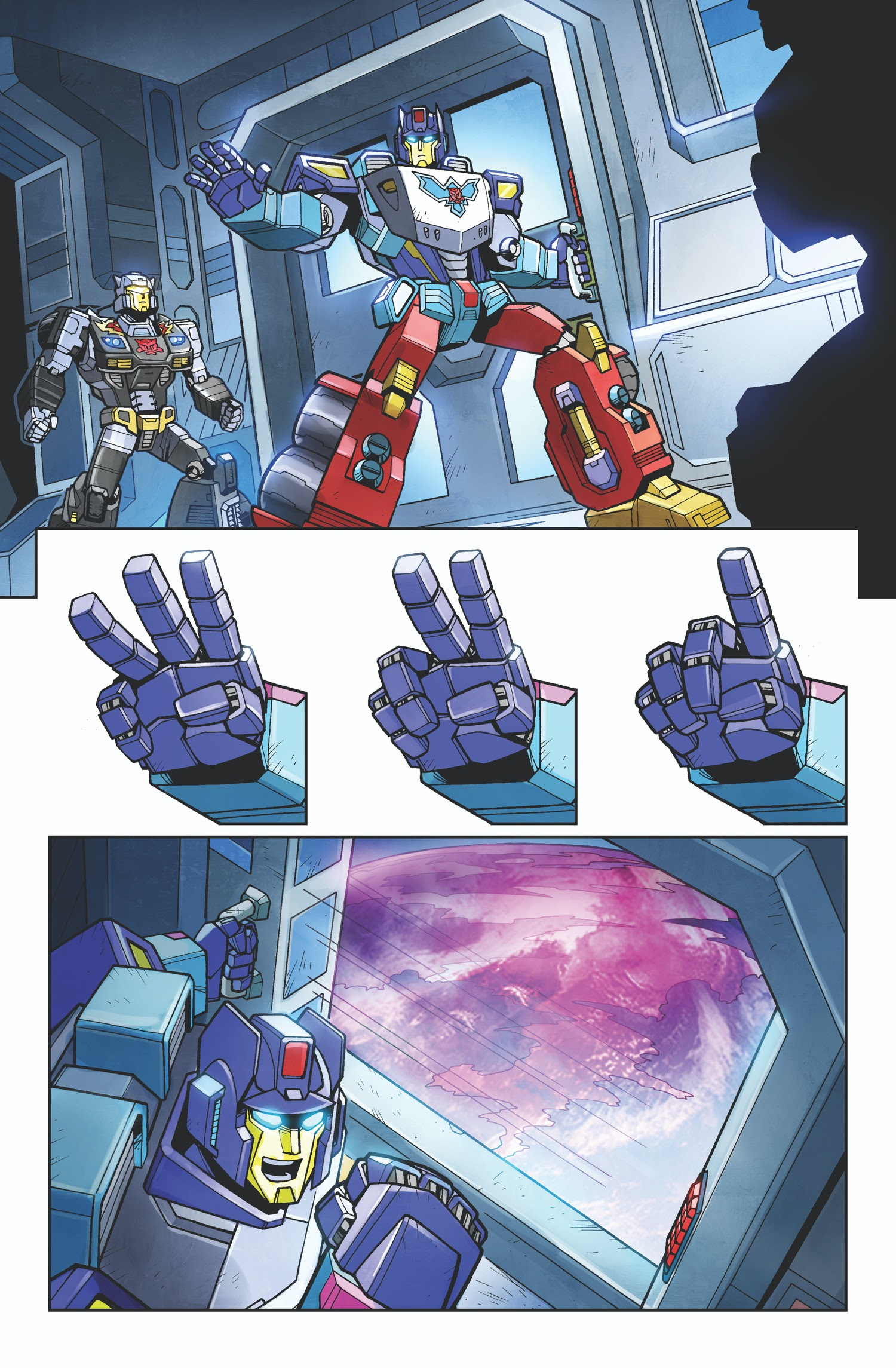 Lawrence added his own statement, “I was collecting the UK Transformers comic when the first Wreckers story was published in 1986, and it’s so awesome to actually contribute to their legend.”

“The Wreckers have always felt like a pulp adventure team, and I’m excited to bring some of that feeling to these pages,” he added. 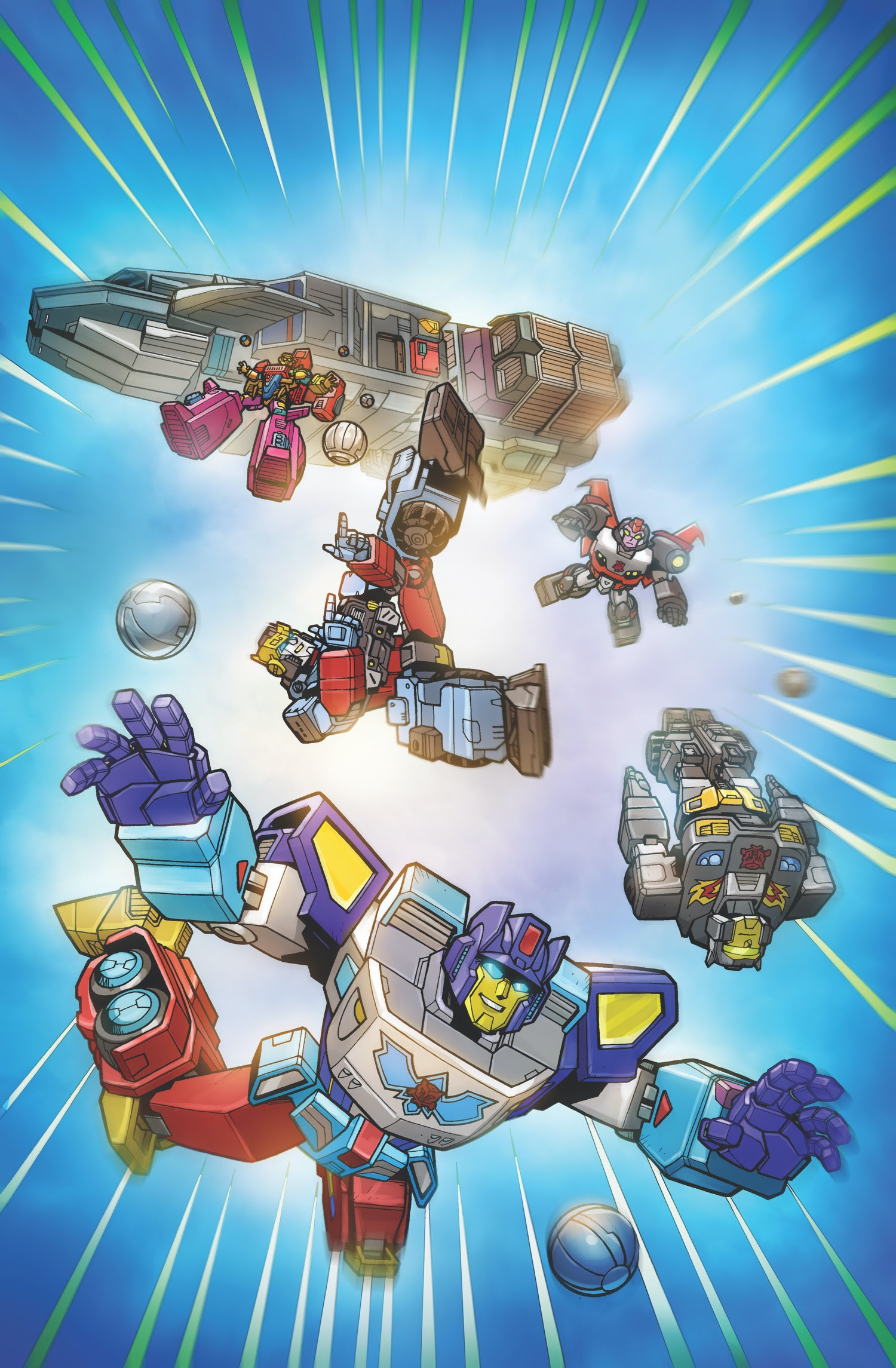 The series arrives sometime in October. 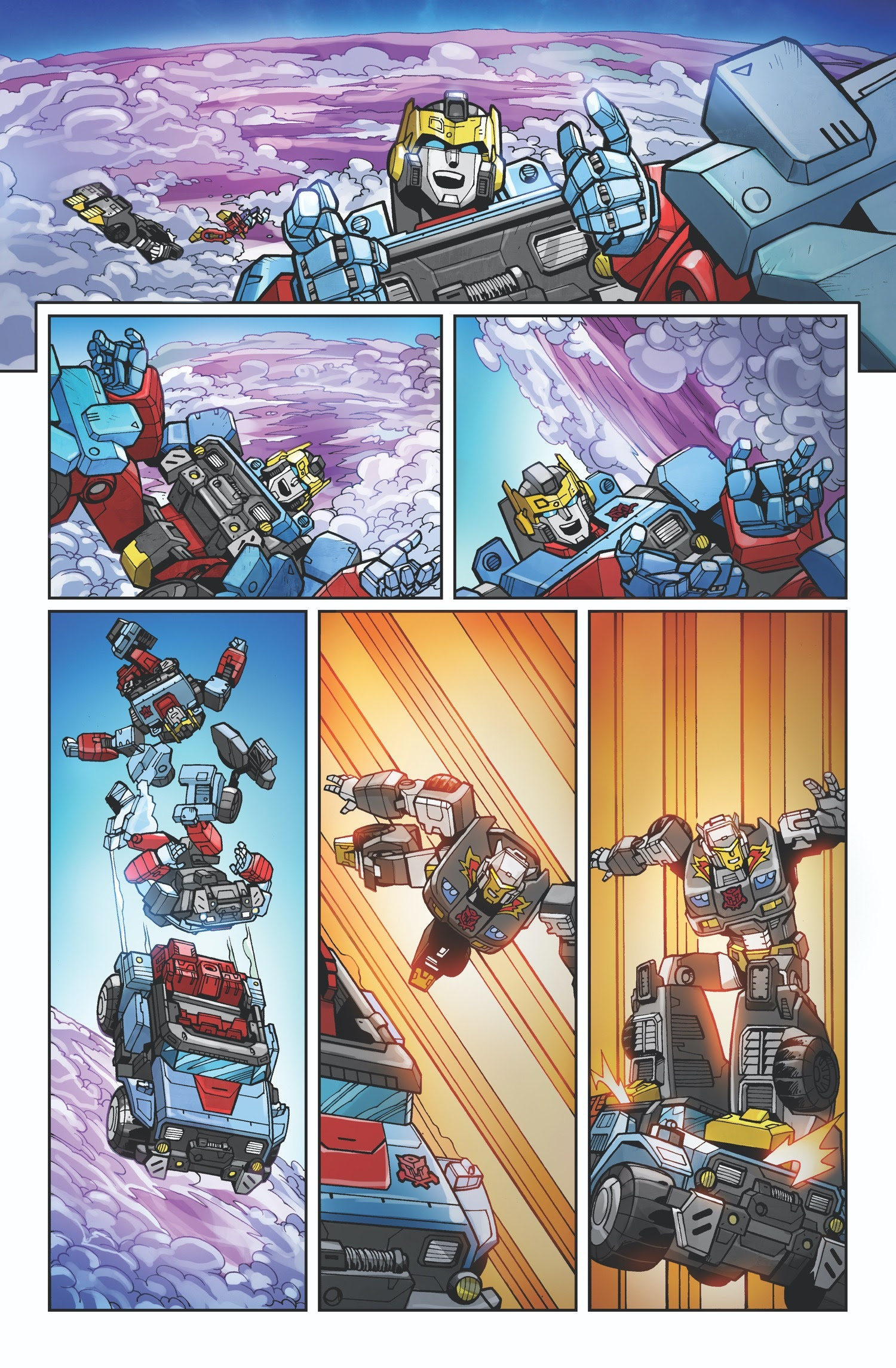 Do you plan on checking out Transformers: Wreckers—Tread & Circuits?