NIS America announced a brand new DLC for Disgaea 6: Defiance of Destiny which will feature Killia and Usalia.

They released a brand new trailer to announce the characters.

On Twitter NIS America also announced that Killia and Usalia would be joining the game following the arrival of Valvatorez, Pleinair, Fuka, and Desco.

They tweeted, “Valvatorez, Pleinair, Fuka, and Desco have all arrived in Disgaea 6 and now it’s Killia and Usalia’s turn, plip!”

They then encouraged their followers to retweet their tweet for a chance to win a Prinny Cube Plush.

“Retweet for a chance to win a Prinny Cube Plush! We’ll give away more at 300 retweets (Tiers and rules in replies).” 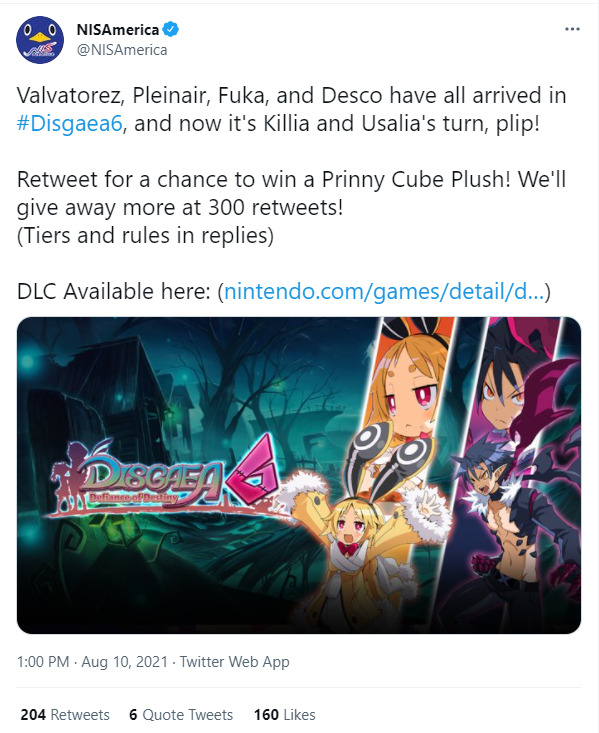 Both Killia and Usalia are available to purchase for $3.99 each.

You can also purchase the Disgaea 6: Defiance of Destiny Season Pass for $34.99.

The season pass gives you access to both Killian and Usalia as well as previously released DLC such as Desco, Fuka, Pleinair, and Valvatorez. 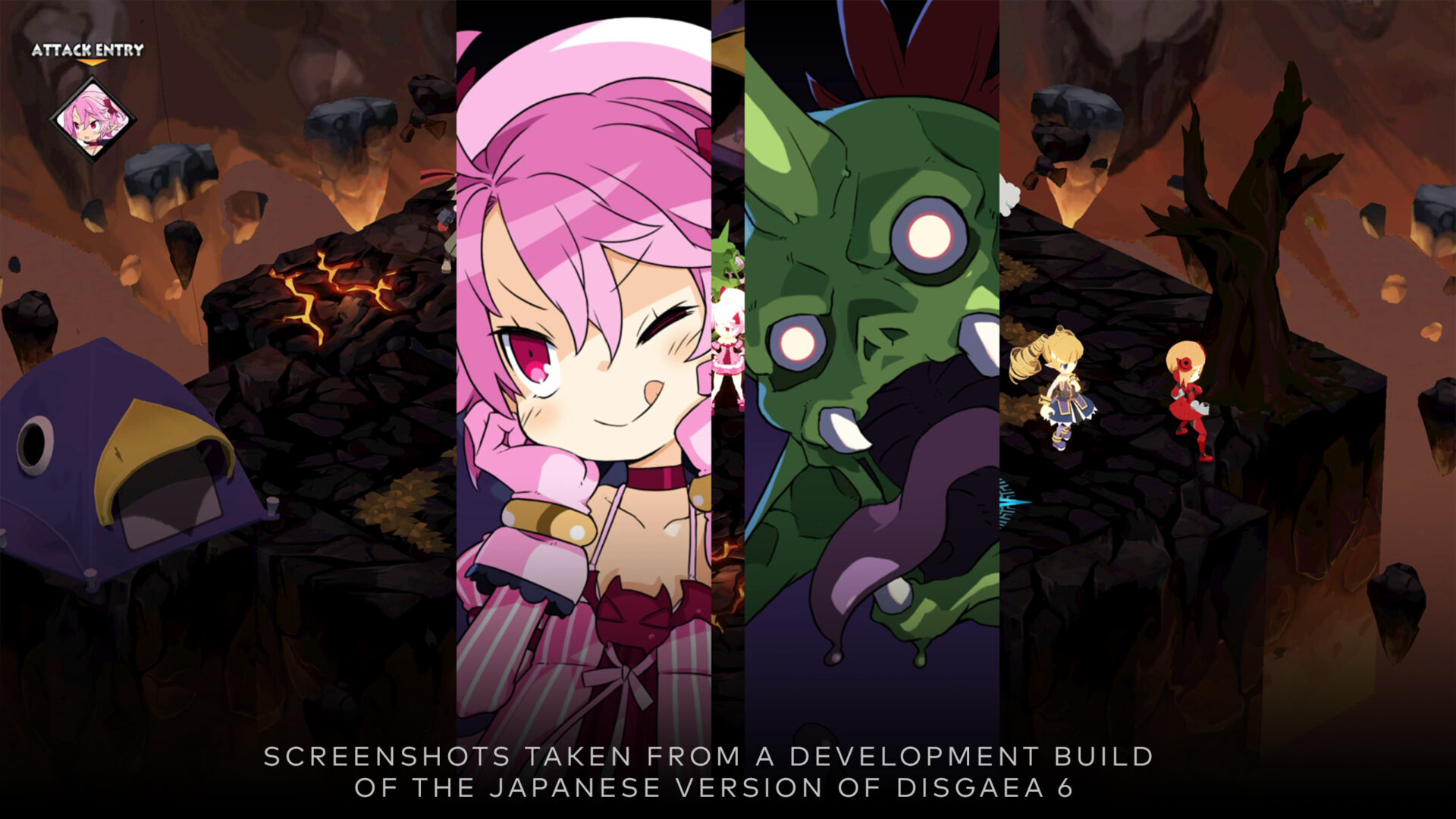 Disgaea 6: Defiance of Destiny was released back on June 29th. The game follows Zed, a zombie, who has defeated everyone in his path except a God of Destruction.

The official description reads, “The first new DISGAEA game in six years is here! Meet Zed, a zombie that has risen above them all except one – a God of Destruction!”

It adds, “Can a mere Netherworld zombie rise up and destroy a god? Find out in the newest installment of the DISGAEA series! Features such as Super Reincarnation, 3D visuals (a first for this series), and adjustable gameplay settings make this the perfect game for both new and old DISGAEA fans!” 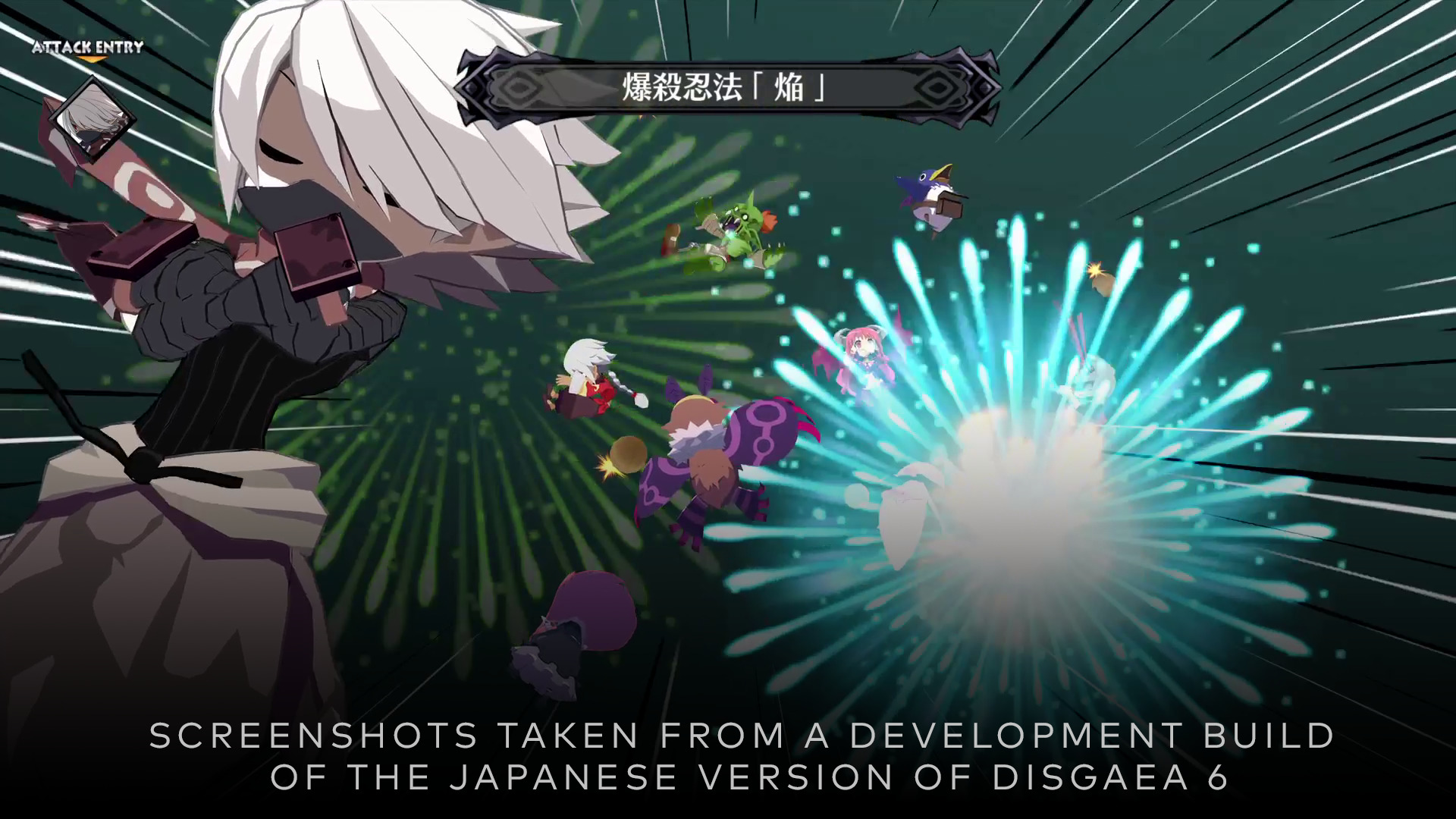 Do you plan on grabbing Killia and Usalia for Disgaea 6: Defiance of Destiny?