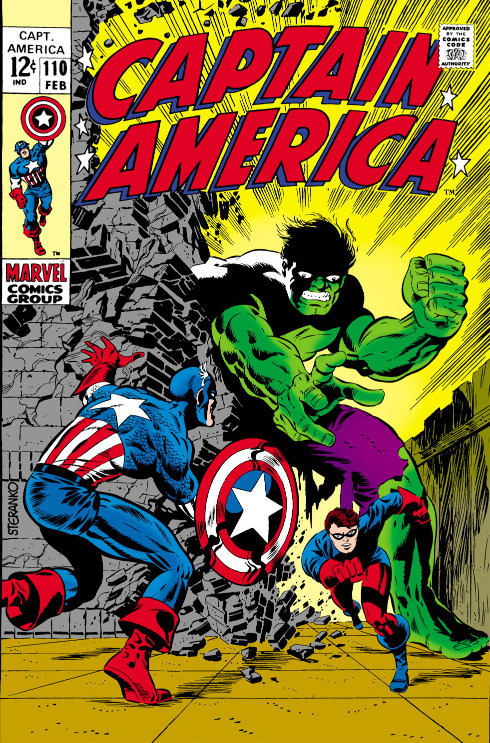 Contessa Valentina Allegra de la Fontaine was created by Steranko and first appeared in Strange Tales #159, where she attempts to provide assistance to Nick Fury only to be rebuffed. She then proceeds to use a Judo throw and launch him back down to the ground.

Related: Jim Steranko Comes Under Fire For Tweet Referring To COVID-19 As “The Chinese Pandemic”

Her backstory would be revealed by Steranko in Strange Tales #162 where she recounts to Fury that both of her parents were killed for aiding the resistance and that she decided to carry on in their places. However, she was eventually recruited by S.H.I.E.L.D. 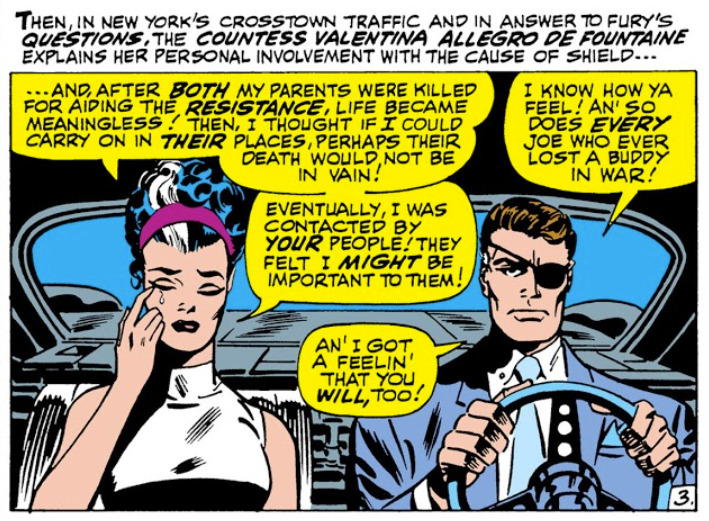 By Secret Warriors #6 in 2009, Contessa Valentina Allegra de la Fontaine would join Hydra and take on the identity of Madame Hydra. 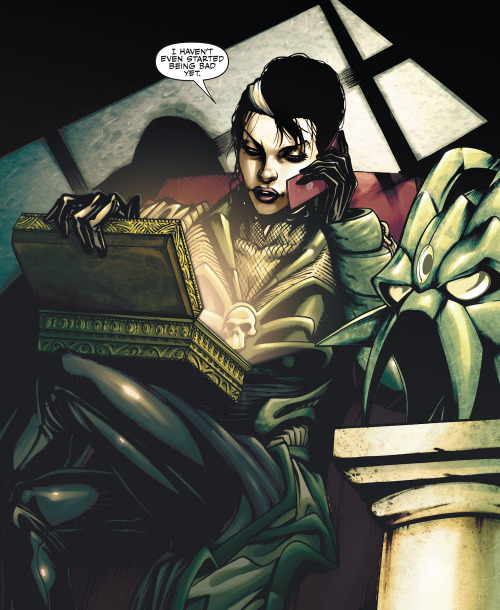 The character would be adapted for the Marvel Cinematic Universe and portrayed by actress Julia Louis-Dreyfus.

She would most recently appear in the post-credit scene for Black Widow, where she meets Yelena Belova and the grave of Natasha Romanoff and offers her a job to take down Clint Barton telling her he’s the one responsible for Romanoff’s death.

The character also appeared in The Falcon and the Winter Soldier and gave John Walker his new name of U.S. Agent after he was stripped of the title of Captain America.

Source: The Falcon and the Winter Soldier

Jingoisticpig asked, “So, does Jim Steranko know that they turned Contessa into Elaine from Seinfeld with a purple streak instead of white?” 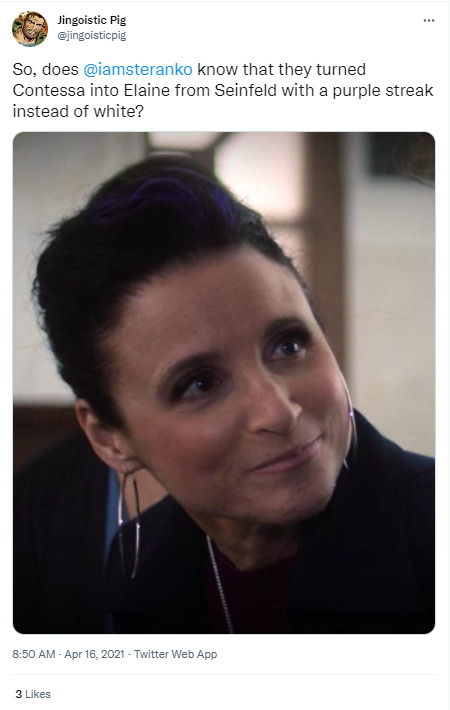 In a subsequent tweet, the user asked, “Come to think of it, have we heard Jim Steranko’s thoughts on the comic iteration of the character getting retconned as a Hydra plant who becomes the new Madame Hydra? I wish he could write these characters again to restore what they were.” 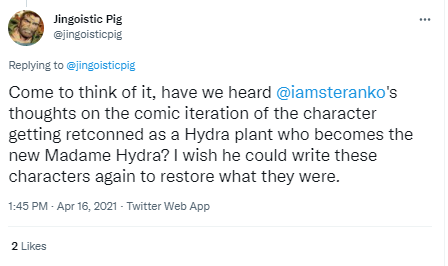 Steranko responded writing, “Hey, JP! Would you be surprised if I confessed that I miss a fair share of Marvel TV series and films because some/many liberties taken in the transition of characters just don’t quite seem to work.”

He added, “Or maybe I’m NOT the masochist some would like me to be!!!” 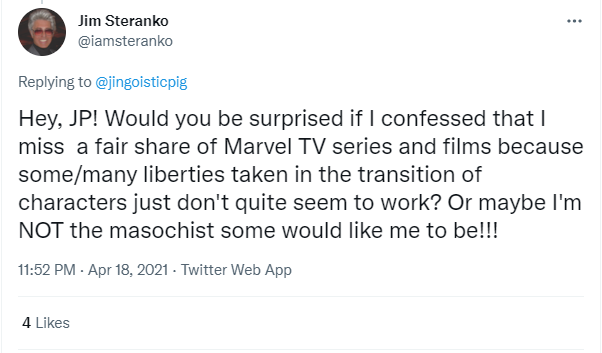 What do you make of Steranko suggesting that the Marvel Cinematic Universe is painful to watch?