This new rumor comes from The Hollywood Reporter (THR) in a recent write-up on Marvel Studios’ latest animated series What If…?

THR’s Aaron Couch claims, “Dawson is leading a live-action Ahsoka spinoff for Disney+, with sources saying Lucasfilm is looking for an actress to star opposite Dawson as Mandalorian warrior Sabine Wren.” 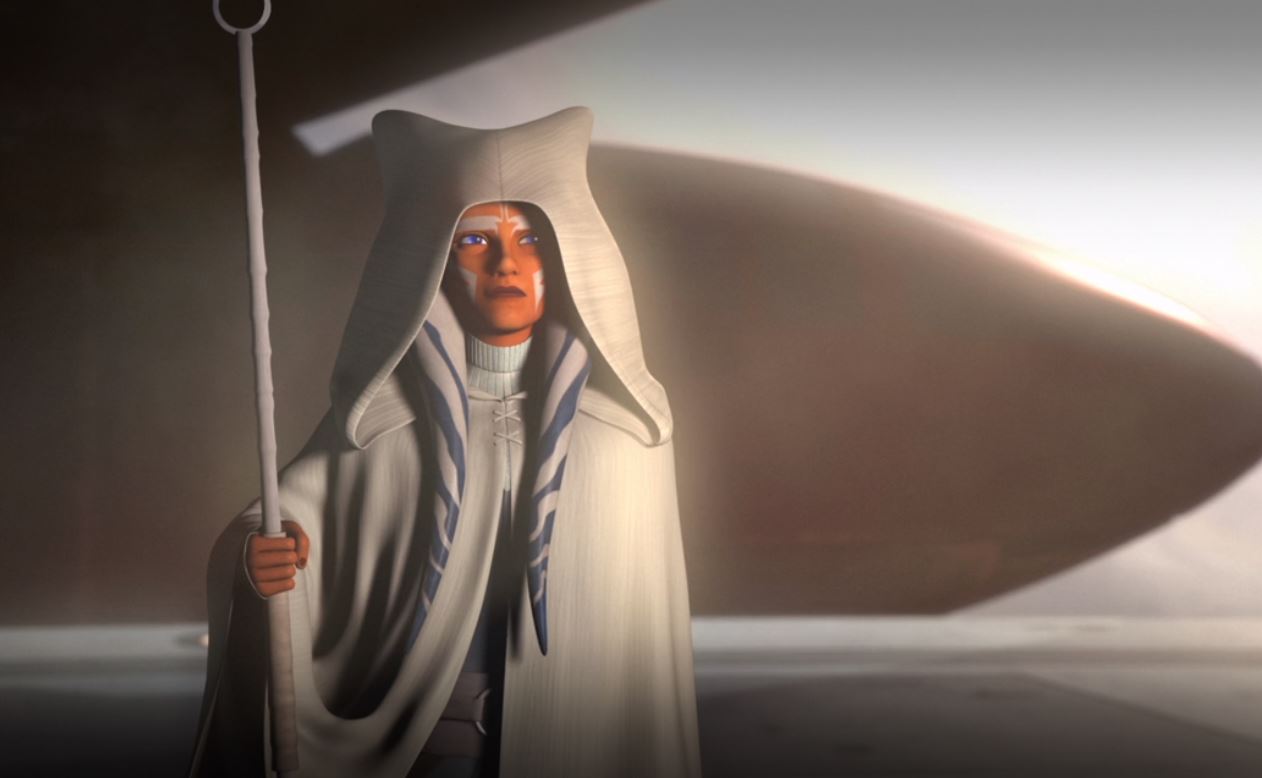 It’s not hard to imagine that there is some truth to this rumor as Star Wars Rebels ended with Ahsoka Tano arriving on Lothal and recruiting Sabine Wren to go on a hunt to find the missing Ezra Bridger.

Not only did Ahsoka recruit Sabine to seek out Ezra Bridger at the end of Star Wars Rebels, but in The Mandalorian Season 2, Ahsoka is showcased tracking down The Empire’s Grand Admiral Thrawn.

She specifically asks Morgan Elsbeth, the magistrate of Calodan where Grand Admiral Thrawn is in The Mandalorian’s Chapter 13: The Jedi.

Seeking out Thrawn could also lead Ahsoka to discovering the whereabouts of Bridger.

In the final episode of Star Wars Rebels, Bridger uses the Force to control a number of Purrgil to attack Grand Admiral Thrawn’s Imperial fleet, specifically his flagship The Chimaera, as Thrawn attempted to subdue the rebel forces on Lothal after they captured the Imperial governor Arihnda Pryce.

Using the Force and the Purrgil, Bridger jumps into lightspeed with The Chimaera and Thrawn to an unknown destination.

The Mandalorian Chapter 13 might have also alluded to the fact that Grand Admiral Thrawn has returned from wherever he was taken by Bridger. Before Ahsoka asks where Thrawn is, she refers to him as Elsbeth’s master.

It’s quite possible whatever Elsebeth was doing on Calodan could have been under the instructions of a returned Thrawn.

Diana Lee Inosanto is The Magistrate in Lucasfilm’s THE MANDALORIAN, season two, exclusively on Disney+. © 2020 Lucasfilm Ltd. & ™. All Rights Reserved.

What do you make of the fact that Sabine Wren is rumored to show up in Ahsoka? What actress do you think should play her?