Seven Seas announced they acquired the licensed for three Hiveworks Webcomics that they will publish as graphic novels. 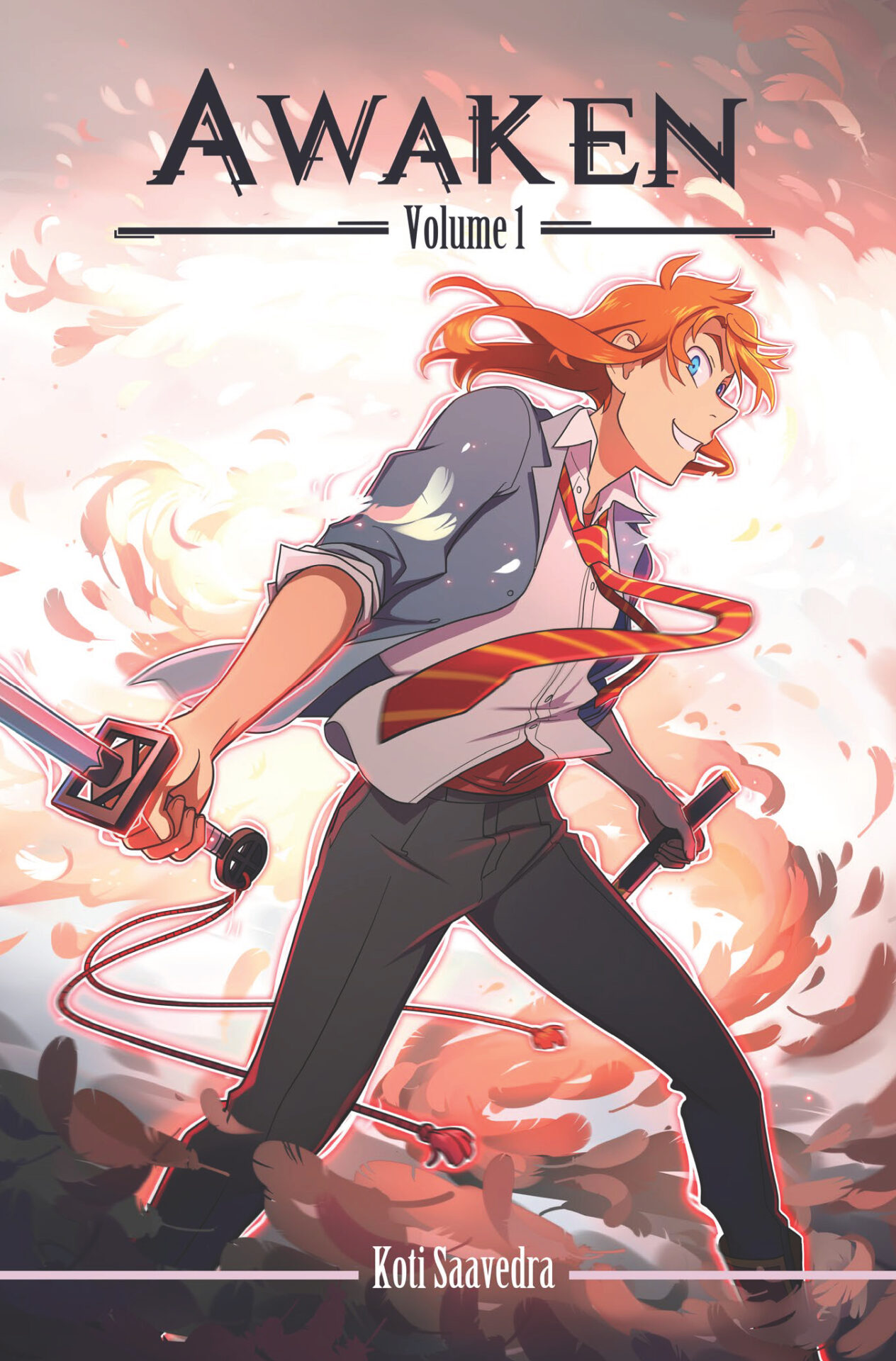 Awaken tells the story of Piras as he tries to become an elite Knight of the Nova Empire.

The official description states, “Piras, the capricious and spoiled son of a military hero, dreams of becoming an elite Knight for the Nova Empire. But one day, when he literally crashes into a mysterious woman on the street, his life is turned upside down.”

It continues, “Saved from a monstrous creature by a group of “terrorists,” Piras is mesmerized by the strange new power that flows through him–only to learn that the Empire will hunt him down for it.”

“Is this the end of his charmed life, and the start of a new quest for the truth behind the Nova Empire and the people it labels enemies? This supernatural action-mystery comic, heavily influenced by shonen manga, is written and drawn in full color by Chilean artist Koti Saavedra,” the description concludes.

Awaken Vol. 1 will be available to purchase in May 2022. It will retail for $17.99. There will also be an ebook available for digital platforms.

This first volume will come with an exclusive Seven Seas cover. 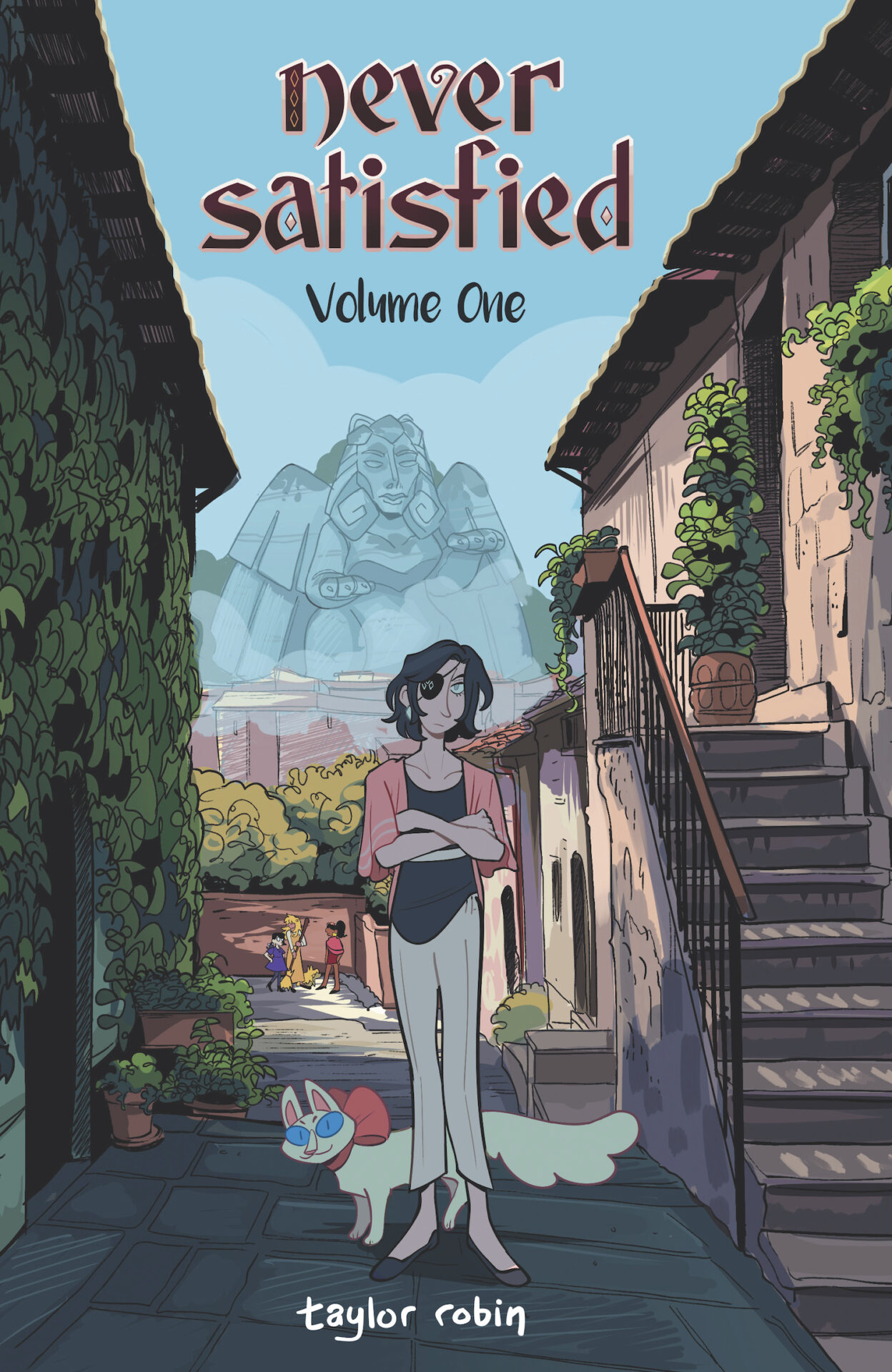 Never Satisfied is about an apprentice mage named Lucy Marlowe.

The description reads, “In a seaside city flanked by towering statues, a diverse group of magicians live and work with their familiars–animal companions unique to themselves. To young magicians, there is one job coveted more than any: representative champion of their city.”

“Lucy Marlowe is a non-binary apprentice out to prove themself to an apathetic master. The other apprentice magicians reach out to Lucy and each other, but as the competition heats up, it’s unclear if friendship can bloom when they are all pitted against each other,” it continues.

“Can anybody truly understand anyone else? And at what cost does glory come? Championed as the Best New Webcomic of 2015 on Comics Alliance, this first graphic novel of the acclaimed full-color webcomic by American artist Taylor Robin is bringing its rich magic and character drama to bookstores across the globe,” the description concludes.

The first volume will also feature an exclusive Seven Seas cover. It will be available to purchase in June 2022. It will retail for $17.99. 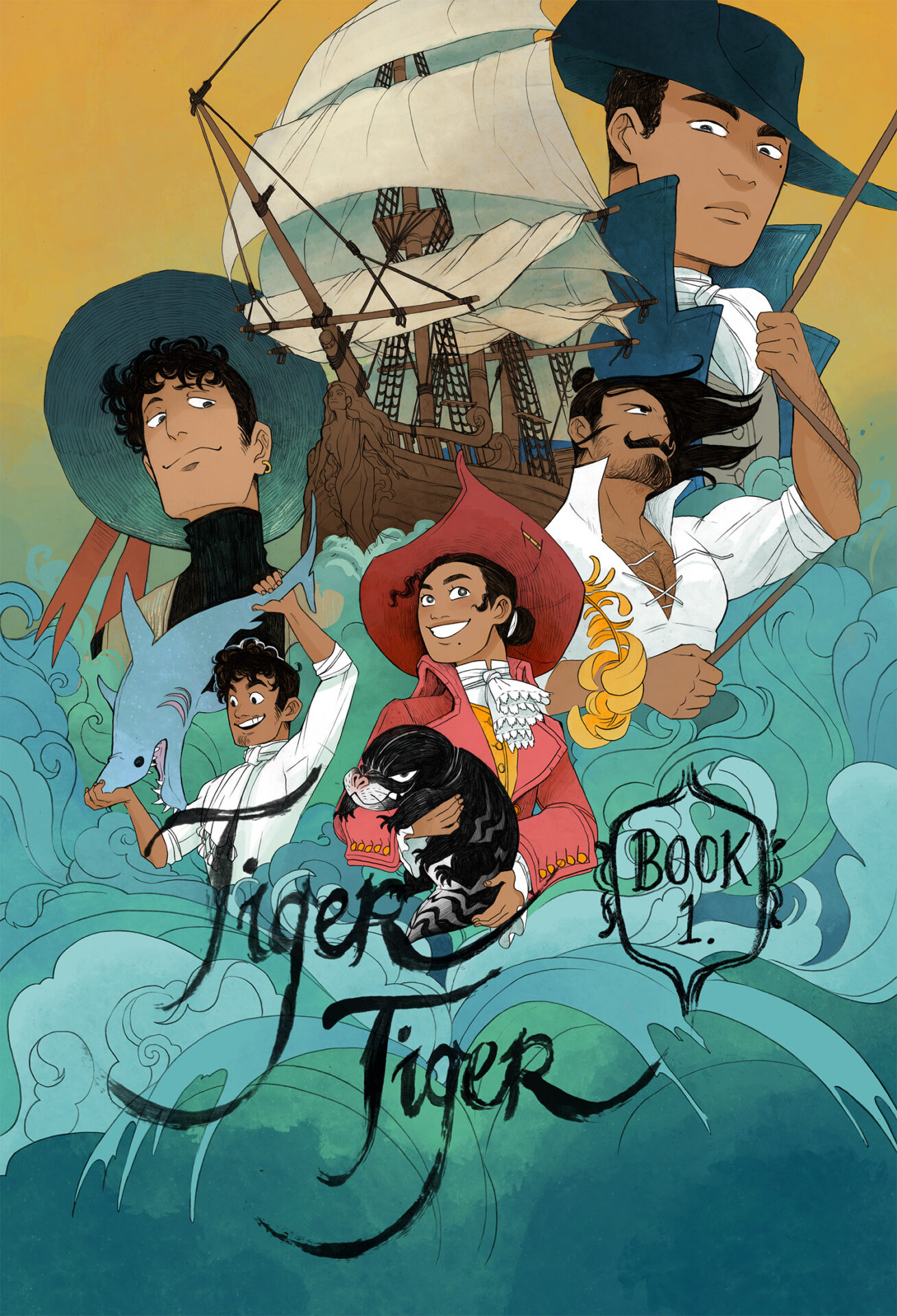 Tiger, Tiger tells the story of the Victorian noble Ludo as she explores the world under the identity of her brother.

The official description begins, “In this Eisner-nominated swashbuckling tale, the young lady Ludo–a pampered Victorian noble–dreams of romance and adventure. Spurred by a desire to explore, she steals her brother’s identity and sails across the world.”

“While searching for love, adventure, and enough material to write a book about her favorite sea creatures, otherworldly mysteries await in the dark depths of the sea,” the description continues.